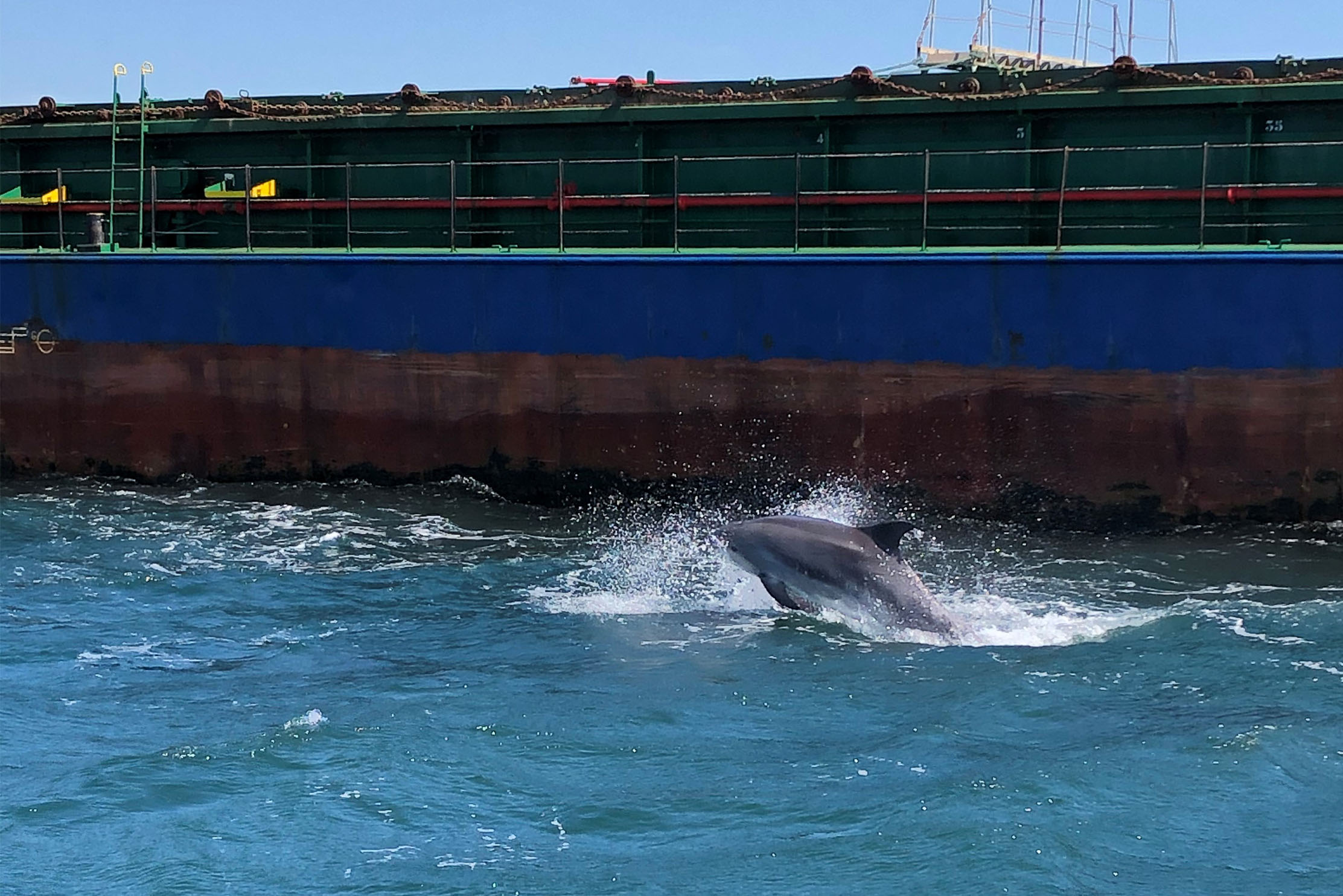 What do we know about life in the water? In truth, extraordinarily little. Despite most of us living near the sea, we’re broadly ignorant of its rich ecosystems. One barrier to underwater exploration has been the sheer scale of the task. It’s also immensely complicated, and in turn, expensive to poke about on the bottom of the ocean. “With terrestrial stuff, you can use satellite imaging to tell you what is going on across the surface of the Earth,” says Andrew Scoon, Co-Lead at Brighton Dolphin Project (BDP). “Underwater, you have to put equipment on the bottom of boats, which then drive around in certain patterns to slowly gather information. With a commitment to Sussex marine conservation, BDP are seeking to develop research and inspire the community on a range of issues facing the local coastline.

As part of their engagement with regular users of the marine environment, they’ve formed a partnership with one of the area’s largest transport hubs. “I’ve always admired the work of the Project and felt they would be a fantastic partner to work with,” says Tom Willis, Chief Executive at Shoreham Port. “Both organisations are deeply committed to sustainability, making a difference in our communities and preserving our marine environment so it felt a really natural fit.”

The collaboration forms part of the Port’s own ambitious environmental master plan. It’s aiming for net zero air quality emissions by 2021 and net zero carbon emissions by 2030. “Whilst these ambitions are great, I believe being truly sustainable needs to stretch beyond just making sure our own backyard is in order,” continues Willis. “Through partnerships with organisations such as the Brighton Dolphin Project we want to reach out and play our part in ensuring our oceans thrive for many generations to come.” The Port is clearly unafraid to look at its impact. Its comprehensive sustainability plan has already installed 9,500 solar panels and two land-based wind turbines – which on a good day power the whole port. Launching soon is an ambitious project to introduce a water source heat pump into a larger building, which should remove 70 tonnes of CO2 from the atmosphere per year. There’s also the planned installation of devices to collect plastics and other debris from the sea and adopting electric vehicles for their fleet. 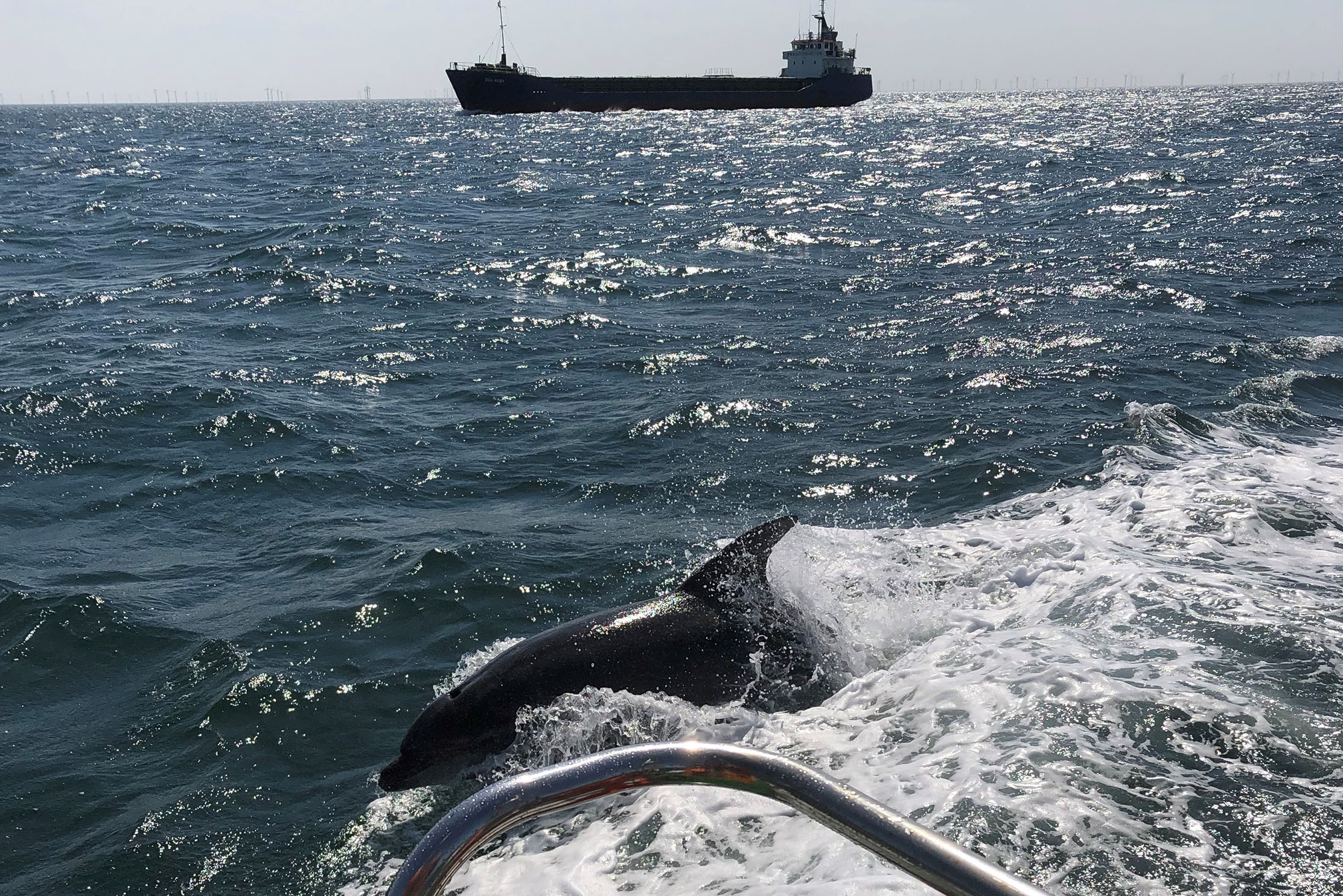 The partnership will see BDP getting simpler access to the water, space for initiatives and greater resources for their work. They’re creating a sightings network and range of activities to bring people into closer contact with the marine world. “We’re looking to conduct research into the dolphins and the ecosystems they depend on, and on supporting sustainable practices – because it’s a two-way street,” explains Scoon. Many questions remain about the impact of humans on the oceans. By researching the conduct of the smallest pleasure craft to the largest cargo vessels, BDP will be examining how our actions affect habitats and populations.  From here they can establish high leverage points, and shape future policy with solid research.

Apparently, much of the data we have on dolphin behaviour in the English Channel is anecdotal. Nobody explicitly knows what is going on out there in the water. “It might be the types of data that we had in the past wasn’t scientific enough, and it hasn’t ramped up enough.” There’s certainly plenty of terrestrial conservation in our region. Shoreham sits within UNESCO’s Brighton & Lewes Downs Biosphere, which seeks to create a balance between human activity and conservation. BDP’s work will serve to extend efforts into the sea.

The private housing sector – is there no alternative?

Good conservation also relies on offering teaching opportunities and community development. BDP are creating a range of schemes and activities so locals can better engage with the sea. Already hosting students from relevant university courses across the country, the ambition is to reinforce the Project’s volunteer network and build a centre of excellence. “Where we’ve been developing, we’ve been learning a lot. It’s quite intensive in terms of planning and logistics. At Shoreham Port, hopefully we’ll be able to invite schools and the education system to us, which will ease a lot of the complexity.” There’s currently a lot of international interest in the region and it’s diversity. The UK is also committed to protecting the dolphins, so BDP see themselves feeding into this – supplying data into how we can act responsibly, being sustainable and being productive. The collaboration may offer opportunities for bird islands, water gardens and underwater rewilding. “These are the sort of places where we can conduct quite solid research for ecosystem restoration, and hopefully feed information into the wider marine conservation world.” 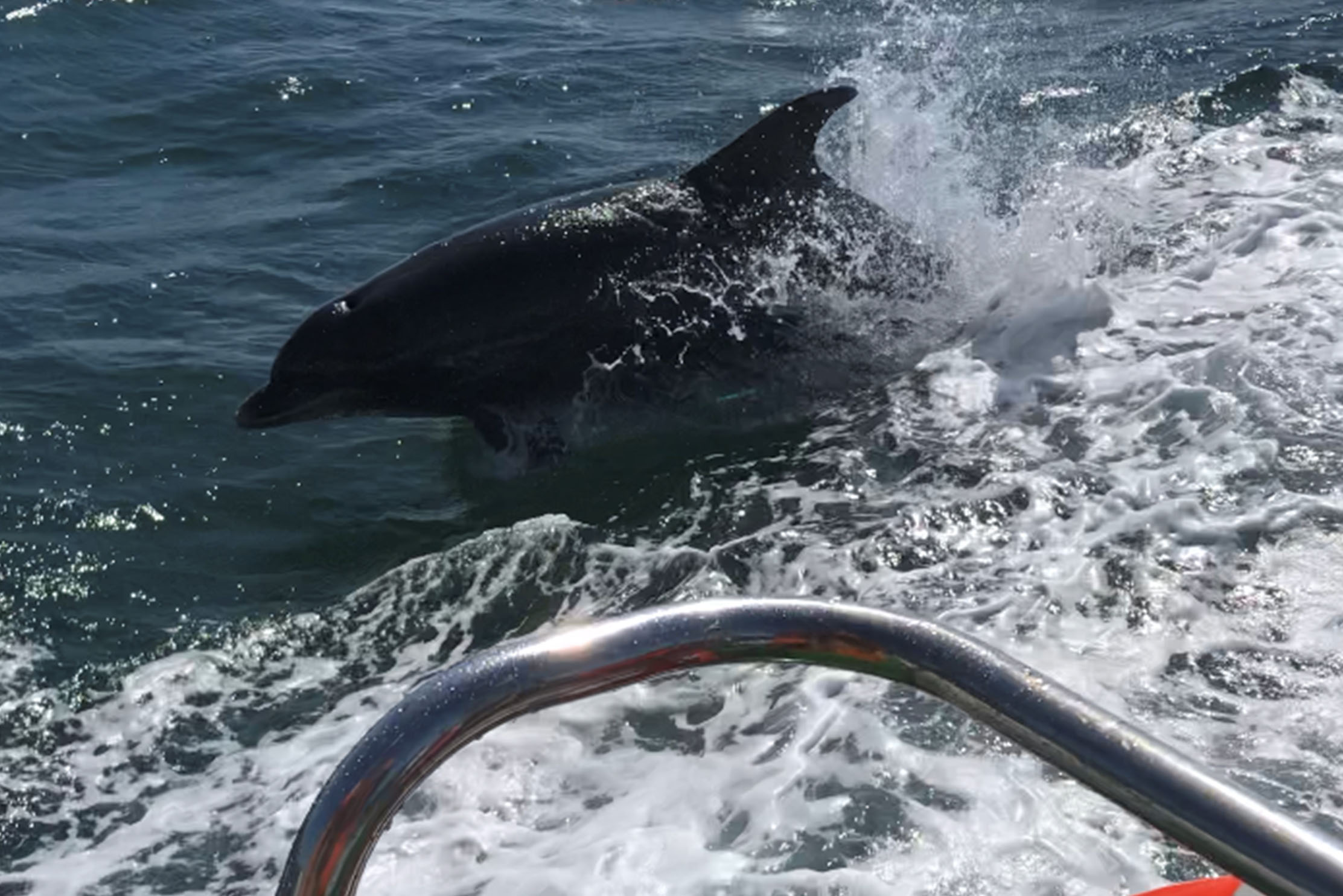 There is still a certain amount of disconnection with marine life, even though Britain is surrounded by the sea. Lives are often too busy to fully appreciate what might be happening mere yards away beneath the waves. When you walk through green spaces, you can easily see trees, grasses, bugs and birds, while out on the sea it can seem empty. Brighton Dolphin Project are working to overcome this issue of visibility – and celebrate a sphere of nature which is just as important. Despite knowing comparatively little about them, the British have always had a healthy obsession with dolphins, which is reflected in our place names and culture. “I think a lot of people understand their intelligence. There’s a huge amount of charisma that we feel from them as well, and we understand they are still mammals, despite being so different.”

To find out more about Brighton Dolphin Project, or volunteer,` visit: www.brightondolphinproject.org