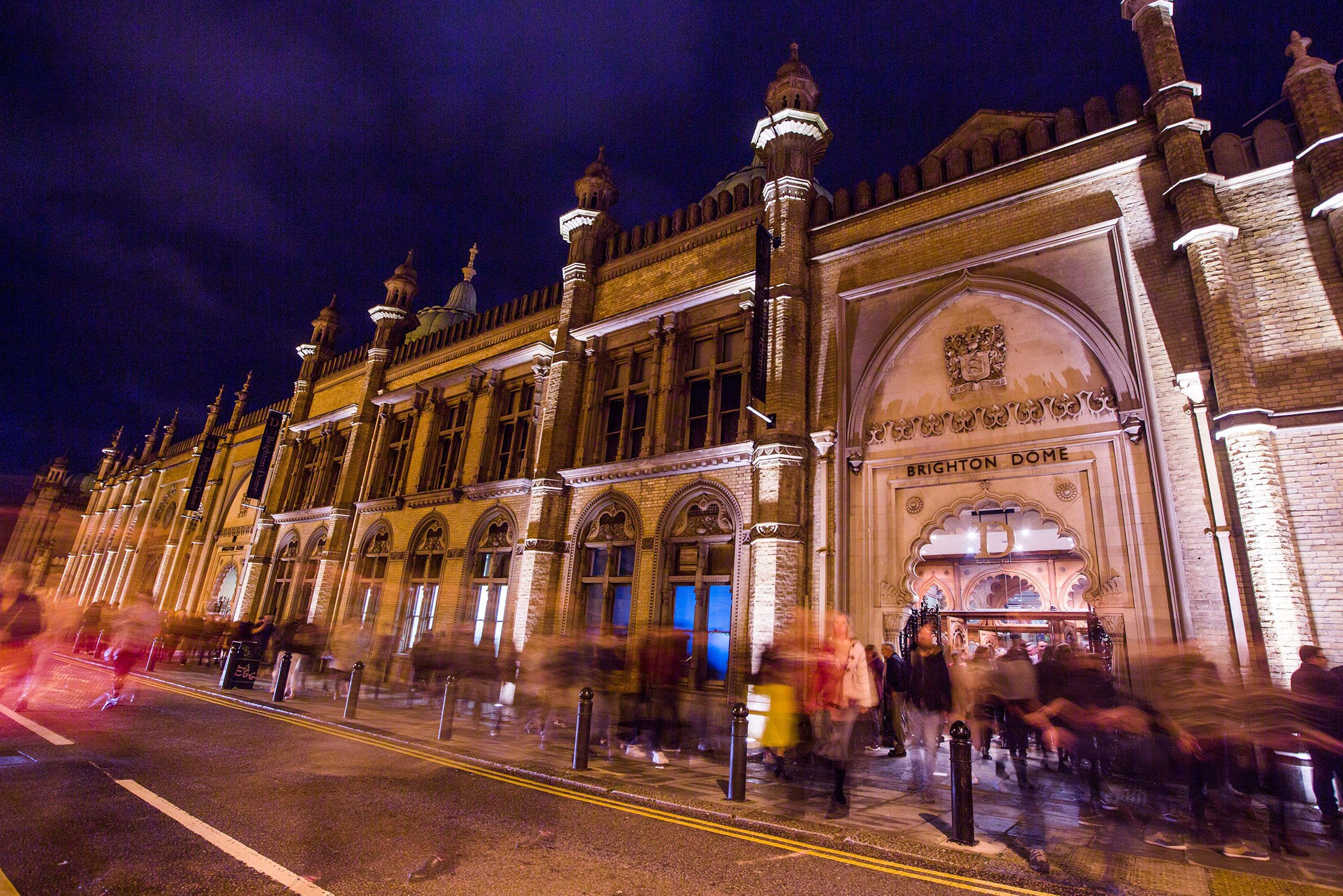 Were you mesmerised by Pink Floyd’s first performance of Dark Side of the Moon? Did you sneak into David Bowie’s infamous 1973 Ziggy Stardust gig as a teenager? Have you got a special memory of taking part in Brighton Festival children’s parade? Or did you ever perform on the Brighton Dome stage?

Brighton Dome & Brighton Festival are asking the public to record their memorable stories as part of a new heritage project, I Was There. The interviews and collection of memorabilia will be archived for future generations, and selected stories will be presented in an online exhibition and feature in a public programme of tours and talks at Brighton Dome.

“We’d love to hear people’s unique recollections or from anyone who has a special connection to Brighton Dome and Brighton Festival,” said Kate Richardson, Participatory Interpretation Manager, Brighton Dome. “We’re keen to speak to audience members recounting how they felt about seeing their favourite artist or witnessing a sporting event; performers and participants who took part in a show, as well as former employees who can tell us what it was like working behind the scenes.”

Since being converted into a performance venue 150 years ago, Brighton Dome’s three stages have seen a dazzling array of illustrious artists and musical icons such as Patti Smith, Beyoncé, David Bowie and Jimi Hendrix, as well as hosting tea dances, wrestling matches and graduation ceremonies.  And since 1967, Brighton Festival has brought thousands of international artists to the city with Guest Directors including Anish Kapoor, Laurie Anderson and Kate Tempest.

The National Lottery Heritage Fund is supporting the oral history project as part of their contribution towards the refurbishment of Brighton Dome’s Corn Exchange and Studio Theatre. Sussex based community arts and heritage organisation, Strike a Light – Arts & Heritage, are delivering the project with the help of a team of volunteers who will be trained to collate audio interviews from participants.

“Capturing individual experiences provides a valuable insight into the social history of the arts in Brighton & Hove,” said Nicola Benge, Project Manager at Strike a Light. ”We’d like to record memories from a broad cross-section of communities and age groups to reflect how the arts and these historically important venues have had an impact on people’s lives.