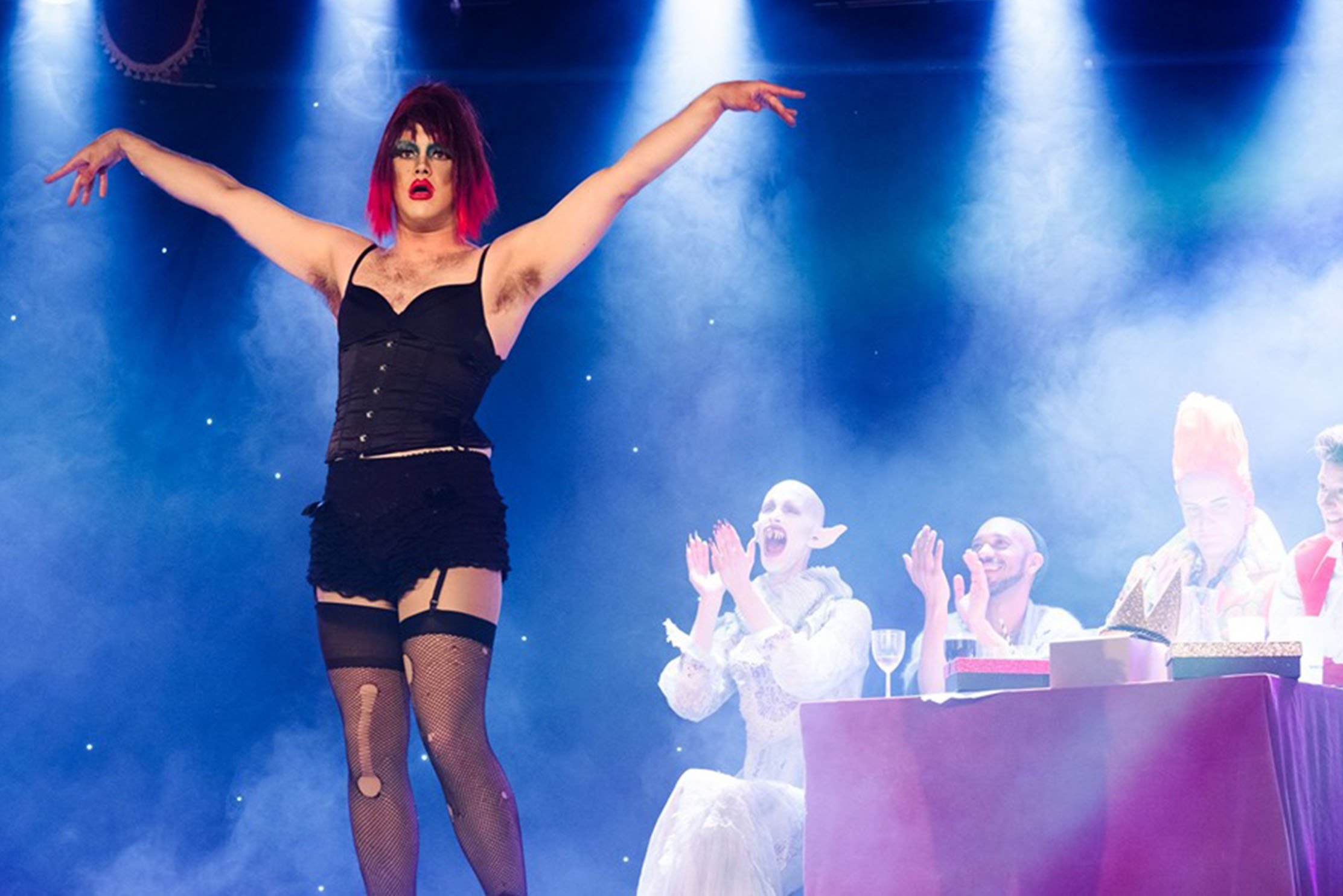 Nude clowns, dog leashed hunks and an 18-rated Hokey Cokey – my drag virginity was well and truly shattered at the three and a half hour drag-athon that was the 2019 Brighton Drag Pageant.

Produced by Brighton Spiegeltent and Roni Guetta, and expertly hosted by Alfie Ordinary, the show pits thirty of Brighton’s top drag artists in competition for the crown (custom made by Bam Hatter) of Brighton Pageant King or Queen, as well as a bundle of goodies, including magazine features and a wig from Brighton Birdcage.

After a catwalk display introducing us to all the contenders, the four judges whittled down the initial crop from thirty to ten, and the remaining Kings and Queens then had to dazzle and surprise in the talent round.

The divide between nervy newbie and commanding veteran was clear early on, but everyone gave it their all, and then some. Having watched my share of RuPaul, I was fully prepared for some A-grade lip-synching, but the diversity of performances took me by surprise: each time a high heel hit the floor I had no idea what was coming.

From the saucy to the downright terrifying, the judges then selected the three finalists (Baby, Miss Disney and Pyschofag) and it was over to the audience to pick the winner, by democratically screaming as loudly as possible for their favourite. 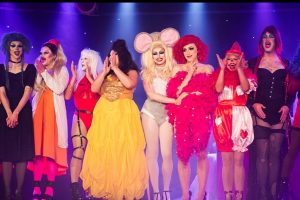 Baby had wowed the judges with sheer dancing talent, while Miss Disney had reworked classic Disney songs, including Frozen’s Let It Go (“Straights never bothered me anyway”) and hammered them home with her spectacular singing voice and inspired costume transformation. Psychofag unleashed a dark, gothic, hell-raiser inspired aesthetic – singing, dancing and strutting through his original techno songs. I still can’t shake the lyrics to Acid Tung from my head a week later (“Taste purveyor, rhythm slayer, all night, all dayer…”).

In the final round, there really wasn’t much of a contest: Psychofag had a fawning audience eating out of the palm of his/her hand and easily secured the 2019 Brighton Drag Pageant crown. For the second year running, people’s champ Dick Dave won the Miss Congeniality award, as voted by audience members on Instagram.

Wild, welcoming, racy and raucous in all the right ways, the Brighton Drag Pageant was less a dip of the toes into the world of drag and more a jump in the deep end. And I loved every minute of it.