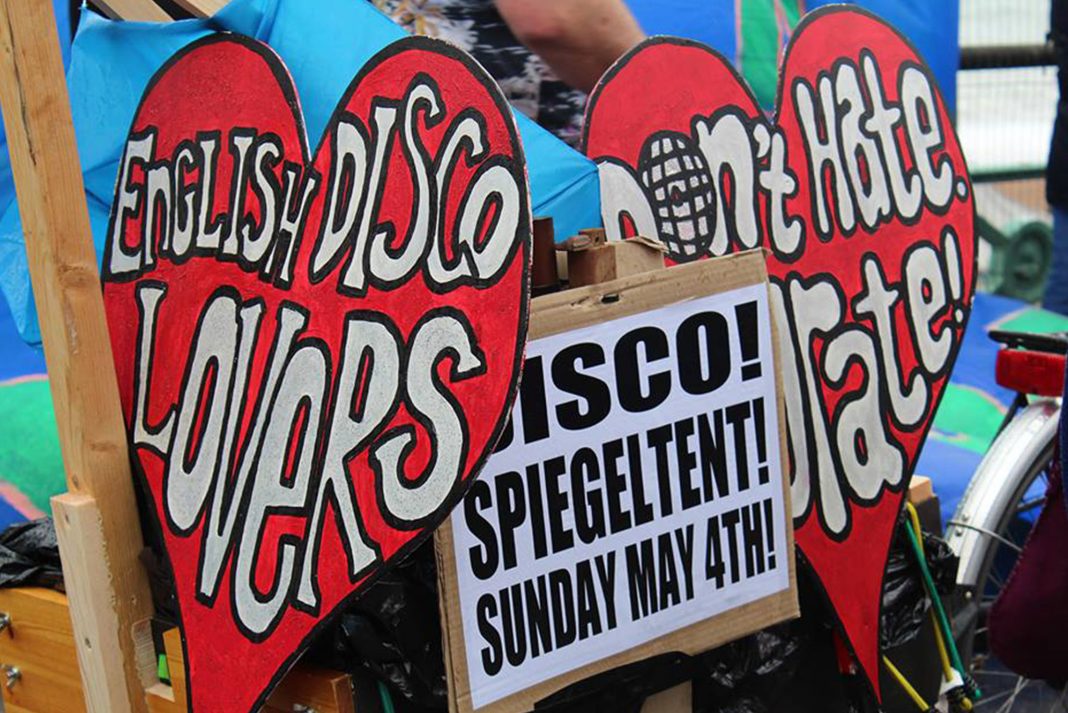 With Brighton Fringe postponed this year, there’s still plenty of great memories to fall back upon. We’ve asked a few of the people who inarguably contributed to the magic and spectacle of England’s largest arts festival to give us a few of their favourite moments from past years. 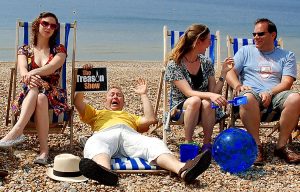 “It was a loving parody of Passport to Pimlico with Hanover declaring independence and saving the world with Harvey’s beer. The lead was the actual landlord (and professional and talented actor) Christ Beaumont. It was magical.”

The Treason Show is currently running on Latest TV, continuing their mission to entertain. Their crowdfunding campaign is currently their only means of survival, so if you feel you can help, please visit: www.justgiving.com/crowdfunding/treasonshow

Antony Penrose – Son of artist Lee Miller and Co-Director of the Lee Miller Archives, The Penrose Collection and Farleys House and Gallery.

A play written by Antony Penrose, The Angel and the Fiend is based upon the lives of his parents, Lee Miller and Sir Roland Penrose, which was first performed in the Fringe in 2009 and continues to be performed on rotation with both new shows and fan favourites alongside the Lee Miller Print Room as part of the Artists Open Houses central trail at The Friends Meeting House. Farleys House and Gallery has also been participating in the Fringe since 2008.

“I’ve got a host of favourite memories of the Fringe. I think some of the lovely moments we’ve had in the gallery there are really important: meeting unexpected people and meeting enthusiasts and so on. But I’ve also valued enormously when we’ve mounted our various performances, because we always get such a wonderfully sympathetic and enthusiastic audience and indeed, Brighton is one of my favourite places to play any one of our performances.

“One of the things that I remember most fondly is the way that audiences at our performances have often communicated to us how deeply moved they were by Lee Miller’s life and work, and this is particularly the case after the play, The Angel and the Fiend. That really does seem to affect people emotionally and I’ve had some lovely conversations with people who were moved by it, and they go away and they remember it and it’s important to them, and that I find deeply rewarding.” 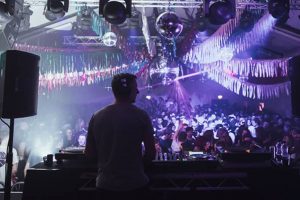 “Before I came to Brighton, I was a bit lost: I did some incredible stuff all round the world, but didn’t really feel right: once I got to Brighton and connected with the English Disco Lovers, I realised that this movement and this town support creativity and individuality, and I was able to produce  some good work, which has been very reaffirming.” 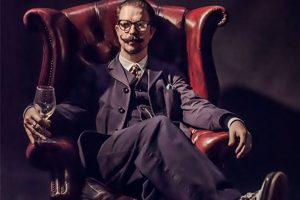 “I’ve always loved the Komedia Studio Bar. It has an underground, speakeasy feel about it a which makes shows feel conspiratorial, its size means that one always feels close to the audience and its topography means one is pretty much forced to greet the crowd as they enter and thank them on upon their exit.

“Unlike my usual shows, the Fringe has an added frisson of a slightly random crowd. People who may have perused the Fringe brochure and though that a night of Chap-Hop sounds worth a punt. This brings in all sorts, from the chap who sat on the front row and commentated to his new chums throughout the show, or the other chap (why do they always sit on the front row?) who took on the mantle of mentor and would bark encouragement like ‘well done!’ or ‘keep going!’ in between songs.

“We are missing much at the mo, but I will miss my yearly shows at the Komedia more than most things.” 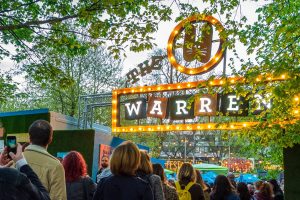 Nicola Haydn – Artistic Director at Otherplace Brighton and The Warren

“Every one of the six shows that day sold out. It was totally bonkers and took us all completely by surprise. Do you remember that venue? We only had 46 seats available for each show and a space for the volunteers or other performers to sit behind the bar at the back. It was hot and that little bar area was crammed – everyone wanted to get in! there was A Month of Sundays and Tipping – two plays that we had produced, both written by new writers, Danny Alder’s A Fistful of Snow, The Penny Dreadfuls, Pappy’s (Fun Club) and Red Brick Comedy Club with headliner Simon Brodkin as Lee Nelson.  A super Saturday and an incredible start to a stand-out fringe season.

Also, the Biggest Marionette Circus in the World were with us at The Warren 2015 on the site at St Peter’s Church – another big hit and a sold out run. But on their first Saturday with us the troupe needed to get to New Road to join Fringe City. Without any planning they decided to take their life-sized elephant with them. They didn’t know the way, so I ended up leading 15 puppeteers, a ringmaster, their producer and an enormous life-sized elephant puppet out of the back of St Peters and up into the North Laine. We literally stopped traffic. And nobody was cross. The bus drivers, passengers and all of the pedestrians we passed just stopped and stared and videoed them on their phones! It was awesome.

“When Circus Abysinnia performed some acrobatics outside the front of The Brighton Grand Hotel last year in May, traffic on the seafront came to a halt. No-one could believe what they were seeing! Their show at The Warren was one of the most incredible things I have ever seen and fast became the hot ticket of Brighton Fringe 2019.

That’s what I like about the Fringe – anything can happen and often lots of exceptional things do!£

To give you a little of The Warren magic this May, they have put together an online programme so do check it out. There’s a range of material from Iris Prize Short Films, Q and As, Podcasts and short sketches from Fringe favourites, and of course Shit-faced Shakespeare’s Drunken Shakespeare Shorts.

“Story Corner has also gone online this year. Lovely performers, staff and a famous face or two present stories for little ones. They are gentle and really lovely – definitely worth a watch! I don’t know when we will all be together again, but I am really looking forward to seeing everyone again sometime in the not too distant future.”

ABOUT US
BN1 Magazine is the leading source of entertainment and lifestyle news in Brighton & Hove. From comedy and theatre to clubbing, music and festival line-ups, we cover a range of events across Sussex and beyond. We can help you find a fabulous vegetarian restaurant, catch an amazing new band at The Great Escape and see a hypnotising performance at Brighton Fringe. Sometimes all in the same weekend… Whether you’re a student and new in town, trying to pack plenty of family fun into a visit or a local planning a massive night out, we’ll tell you everything you need to know. From pubs and bars to art and shopping, it’s time to kiss those lonely blues away in one of the world’s most interesting cities.
FOLLOW US
© Copyright 2019 BN1 Magazine. All Rights Reserved. >Privacy Policy
MORE STORIES
CULTURE