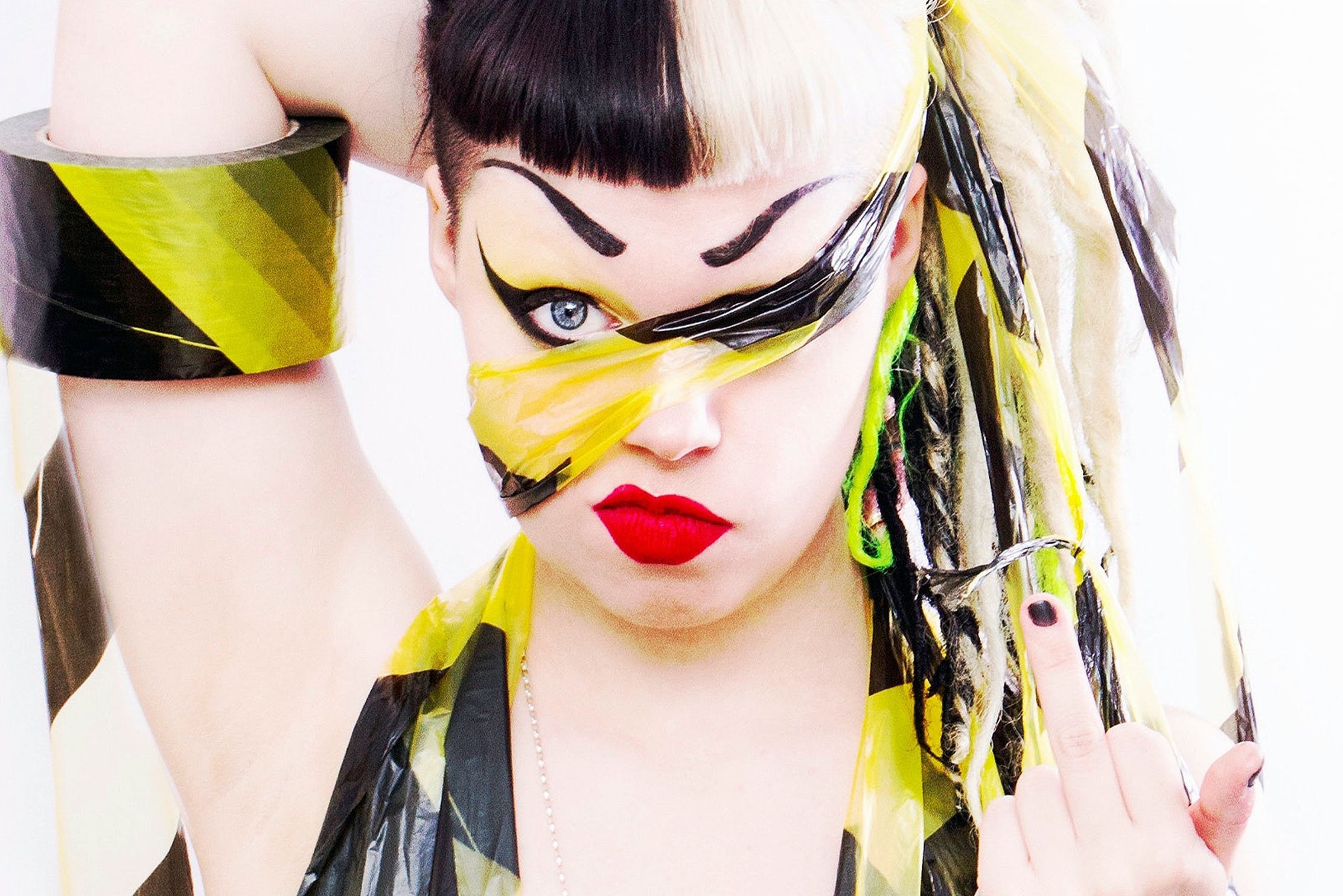 After already giving us some memorable moments, Brighton Fringe 2021 shifts up picks up the pace, and sprints into week 3 with some incredible shows. We’ve picked a few of the ones we’re most excited about! 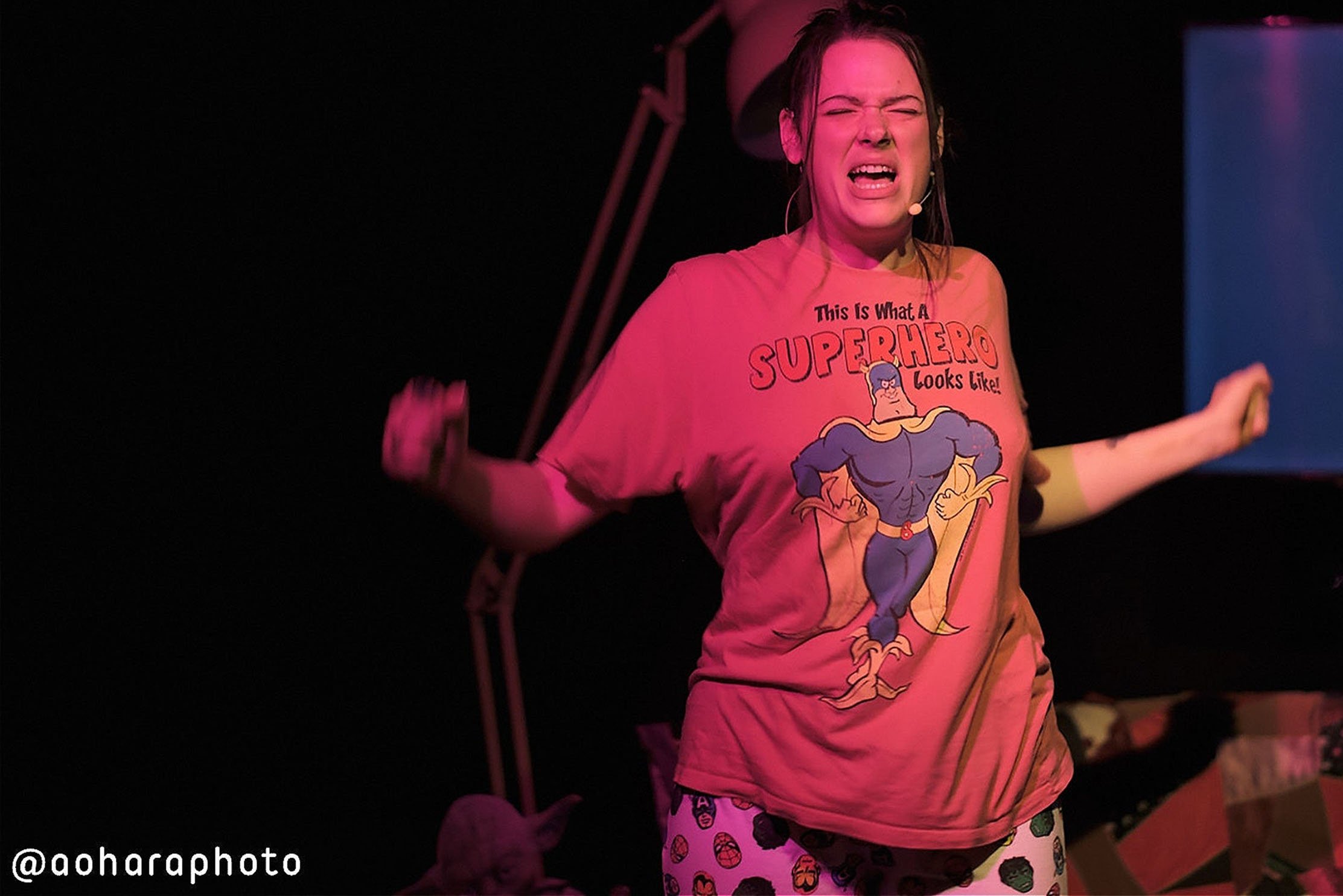 In every generation there is a chosen one. She alone will hide on the sofa from her responsibilities, demons, and forces of darkness. She is… a right mess. From 1/8th of Clap Back Club (Brighton Fringe Audience Choice Award Winners 2018 and 2019) comes a one-woman musical comedy that uses parody and pastiche to glorify technobabble, explore the connection between menstruation and lycanthropy, and declare mad, passionate love for a certain Lieutenant Reginald Barclay III. Join our hero as she revels in her favourite geek shows, occasionally bursts into song and slowly learns how to human. 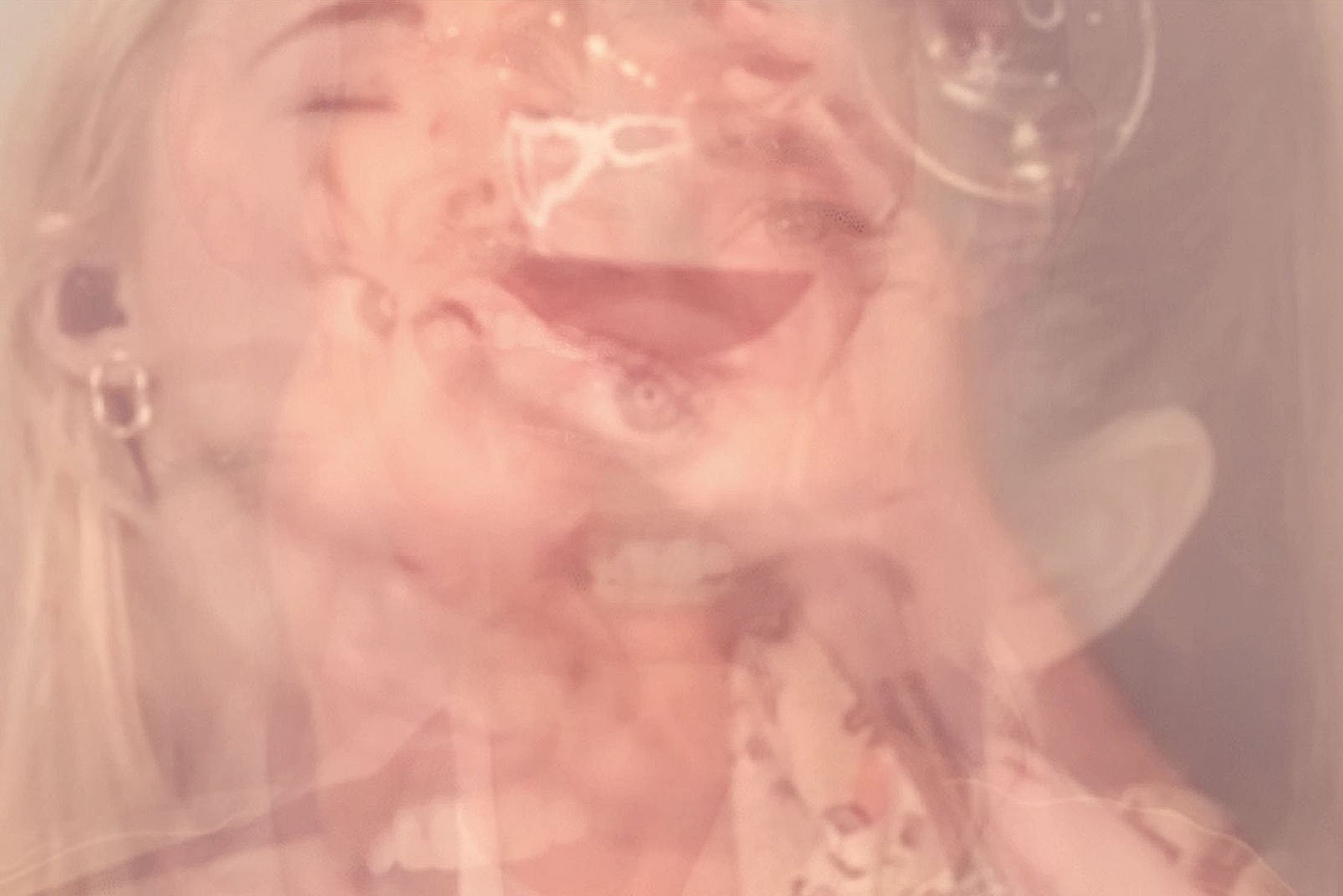 Using the exact words spoken by both prominent figures and every day womxn, Words Without Consent tells two stories: an increasingly out of control debate and two gals getting ready to go out. 2Gal interviewed womxn from across the world about their experiences of gender inequality. Comparing this against political rhetoric, they were able to find clear crossovers and tailored Words Without Consent to reflect this. Satirising both well-known political faux-pas and those that have been swept under the rug, 2Gal invites the audience to laugh at the ridiculous state of the current political landscape. By jumping between lecterns and lip-gloss, from the political stage to the bedroom of a London flat, we reveal how the words of politicians directly impact us all. After all, when Brexit becomes legs-it and pussies are up for grabs, even a trip to Tesco gets you more than you bargained for. 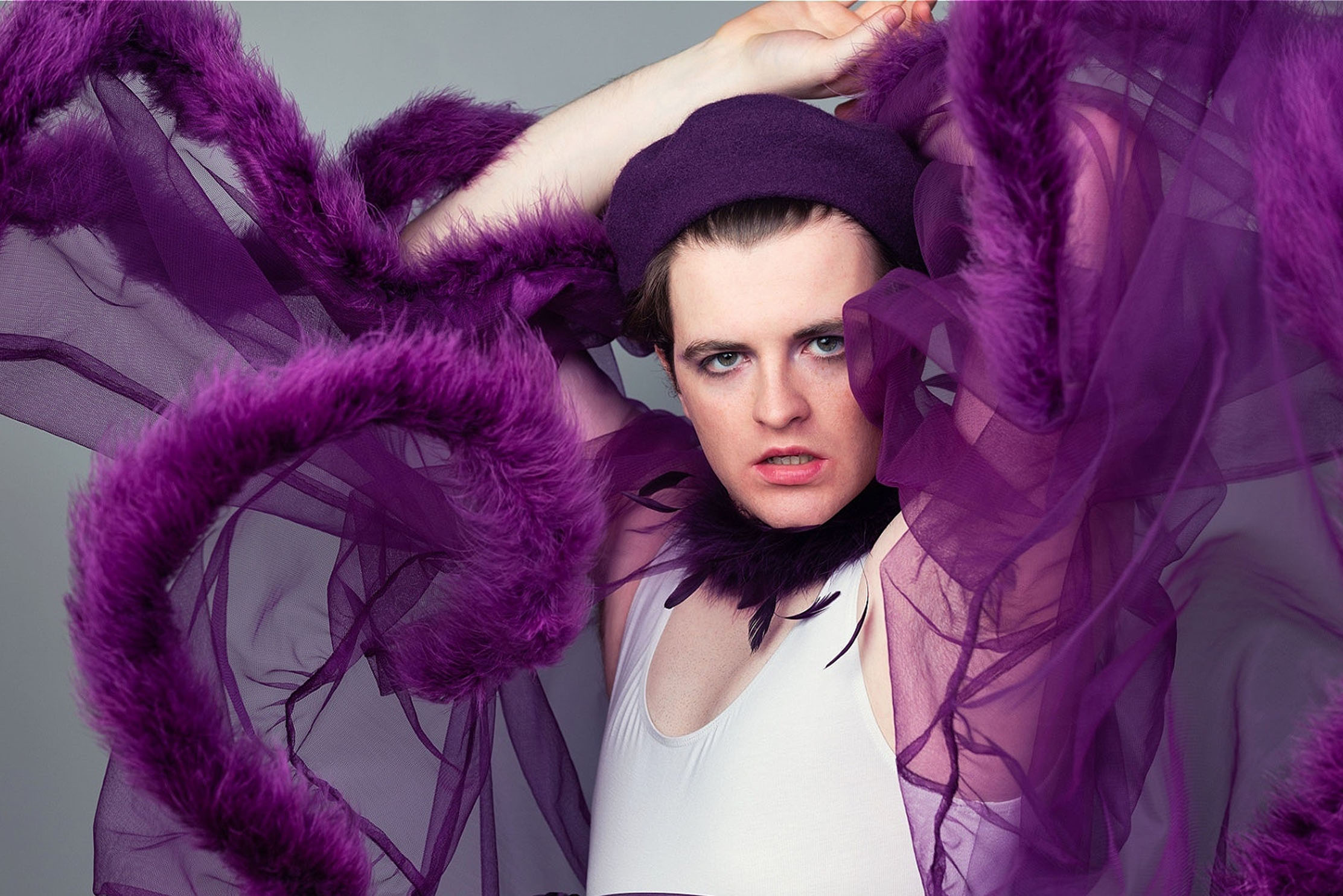 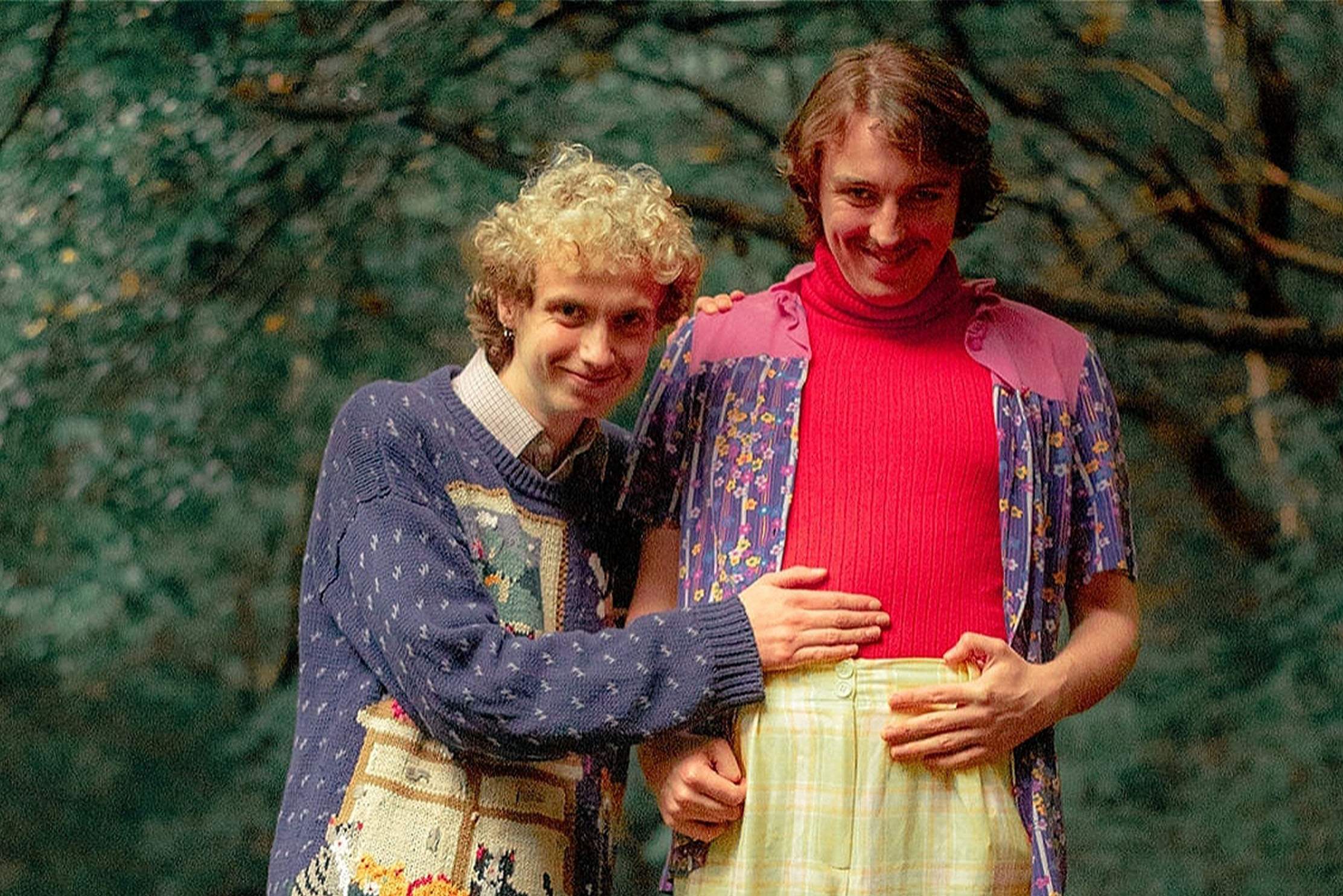 Joe and Mikey are Lovely Boys. They want to show off their jumpers, and play with their toys. Guided by the expert tutelage of wise old Uncle Willy, the two try to make sense of the world in their own weird way. Expect silly fun and games from these creepy couple of mama’s boys in this absurd clownish bonanza.

The Lovely Boys consists of northern alternative comics Joe Kent-Walters “The star of the show, hitting every beat and owning the stage very second he’s on it” (The Gryphon) and Mikey Bligh- Smith (no pull quote available). This is their debut hour of surreal chaotic fun.

Bad Luck Boss Laurie Black is smashing mirrors and screens to summon the best acts in alternative cabaret for your live viewing pleasure. Expect music, cabaret, comedy and more. You’re invited to a glitzy, glam and dangerous night out! Dress for the end of the world, or the beginning of a new one.

“A mixture of NIN, Tim Minchin and a camped up cabaret show” (TombolaPlaysPop) 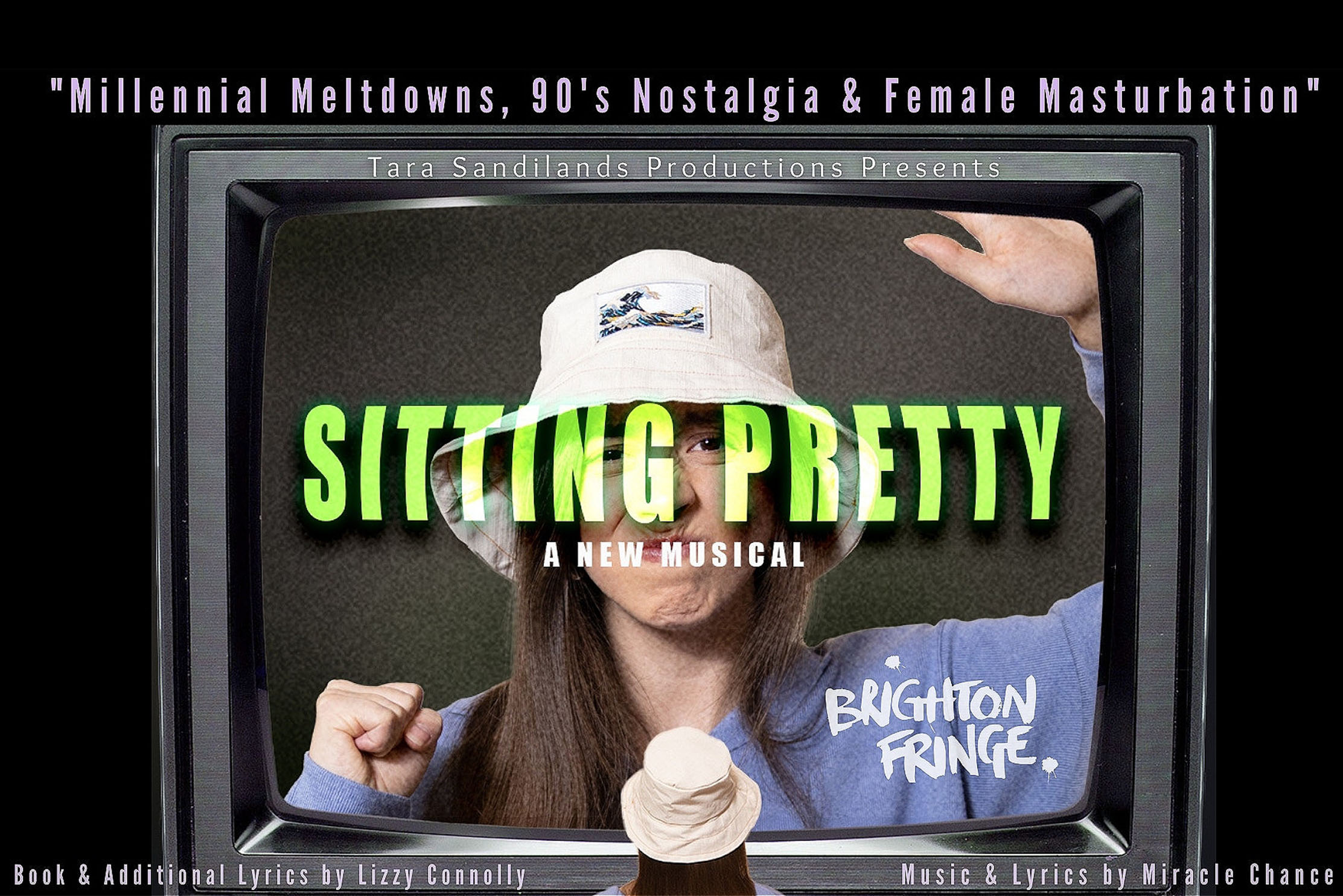 Music by and starring Miracle Chance, Book and additional lyrics by Lizzy Connolly.

*… Or is that just the light from the lava lamp, bouncing off my blow up chair? 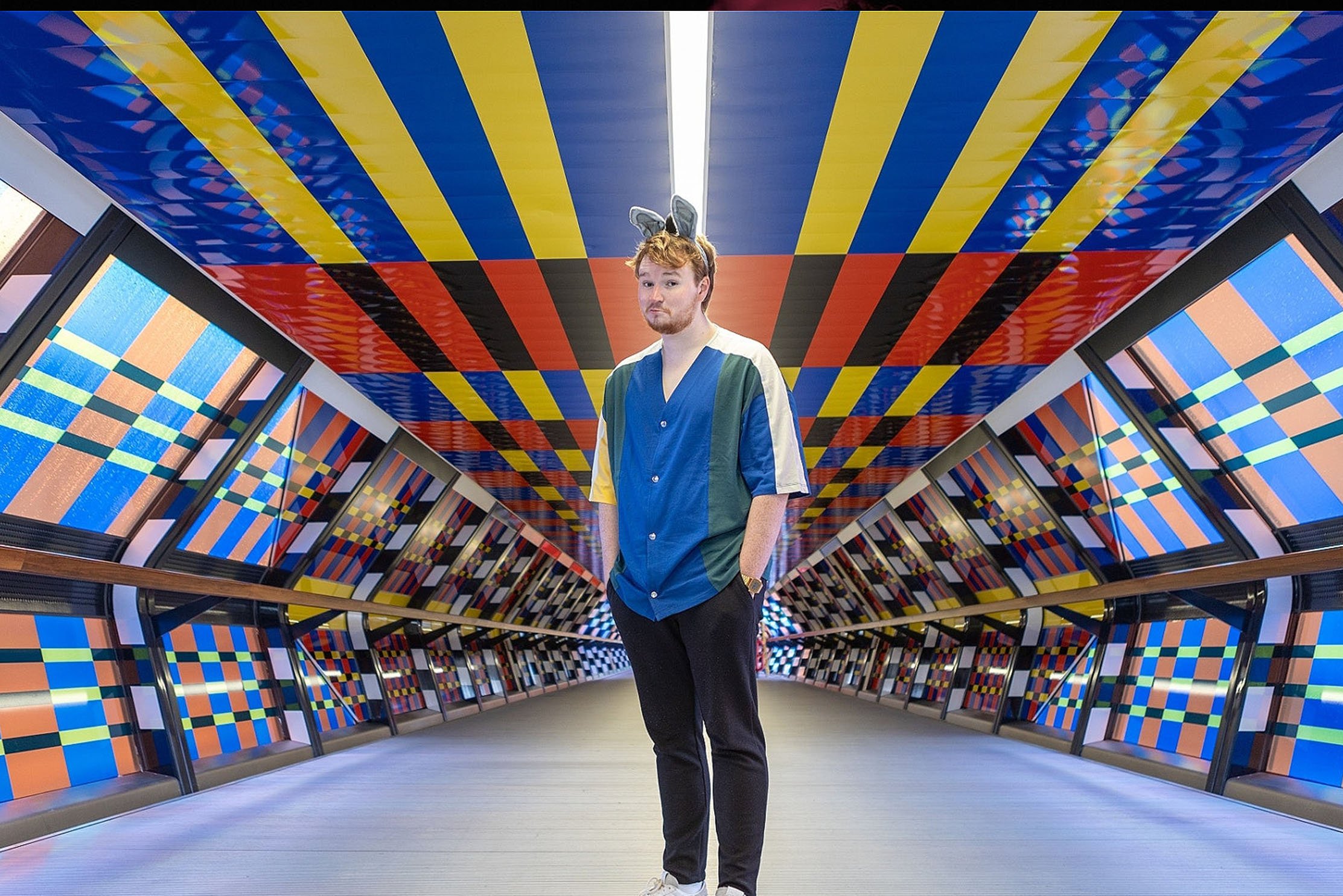 Bottom has spent his life pushing the people closest to him away, so it makes sense for him to perform a socially-distanced show. Combining the masterful wit and language of the Bard with fast-paced, sensitive new-writing, Charlie Day has created a production which has something for everyone. Bottom has been left to put a play on all by himself. Watch as he battles his demons, all in an effort to…make you like him.

So please, give Bottom the attention he needs! 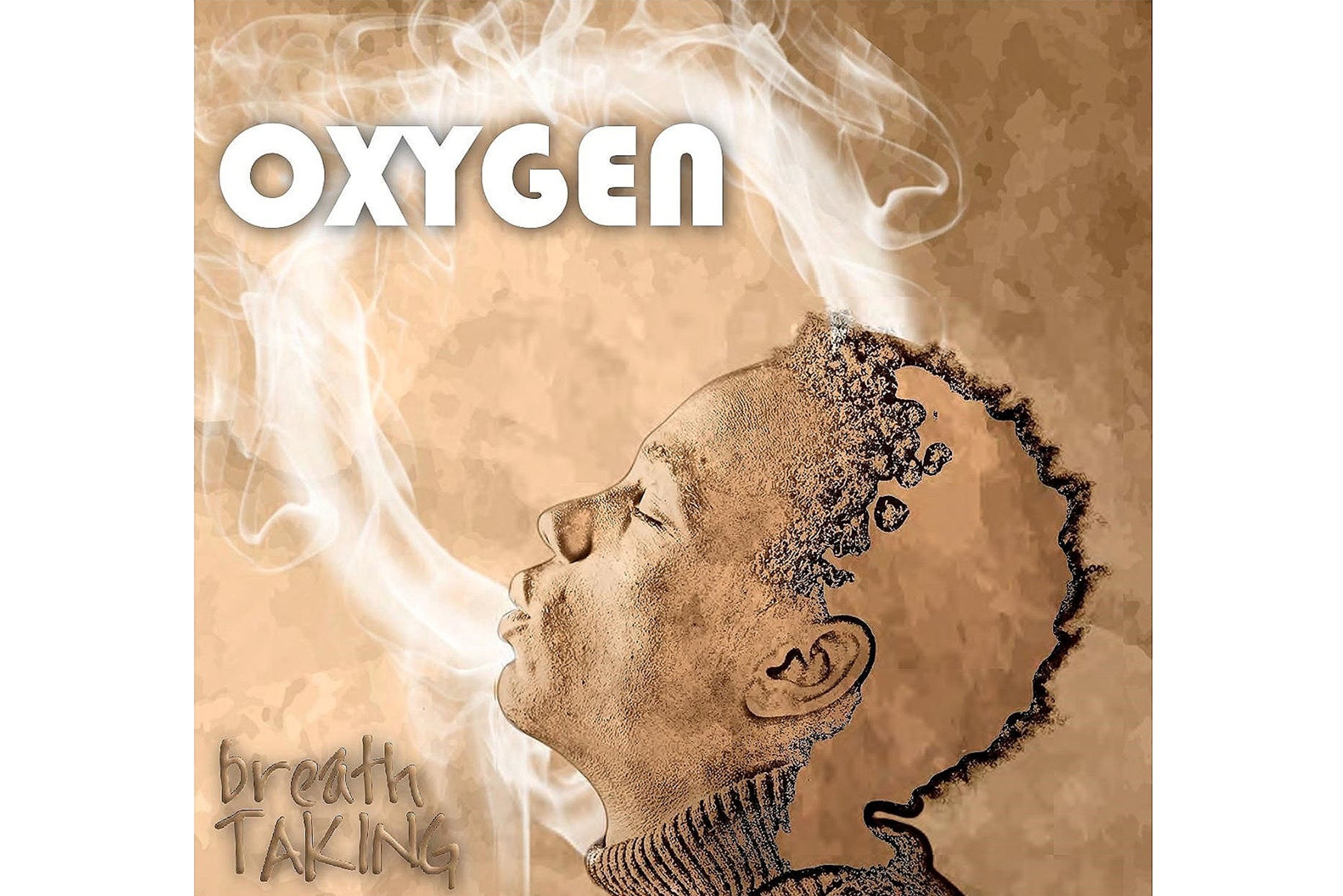 The OXYGEN series by urbanflo opens up a powerful new lens to creatively explore the human condition and new narratives from the perspective of communities still impacted by the legacies of colonialism. This free programme launches with two Brighton Fringe exhibitions which include the ‘breathTAKING’ exhibition at Phoenix Main Gallery that offers a rare mainstream platform for local artists to present bold new multi-disciplinary interpretations, through illustration, digital art, spoken word and video, plus leading edge works using virtual reality, augmented reality and facial detection.

‘breathTAKING’ is curated by urbanflo Founder/Director Jenni Lewin-Turner and guest creatives include Judith Ricketts, Josef Cabey, River Sweeney and AFLO. the Poet. The exhibition is funded in part by Phoenix Art Space and the Centre for Arts and Wellbeing at the University of Brighton.

In the interest of everyone’s safety and wellbeing, from 16 June – 25 July, the galleries at Phoenix Art Space will be open Thursday – Sunday, 13.00 – 17.00 only. Visitors must pre-book a free, timed slot in advance of their visit. Only a limited number of people are allowed into the building at any given time so it’s essential that all visitors book. 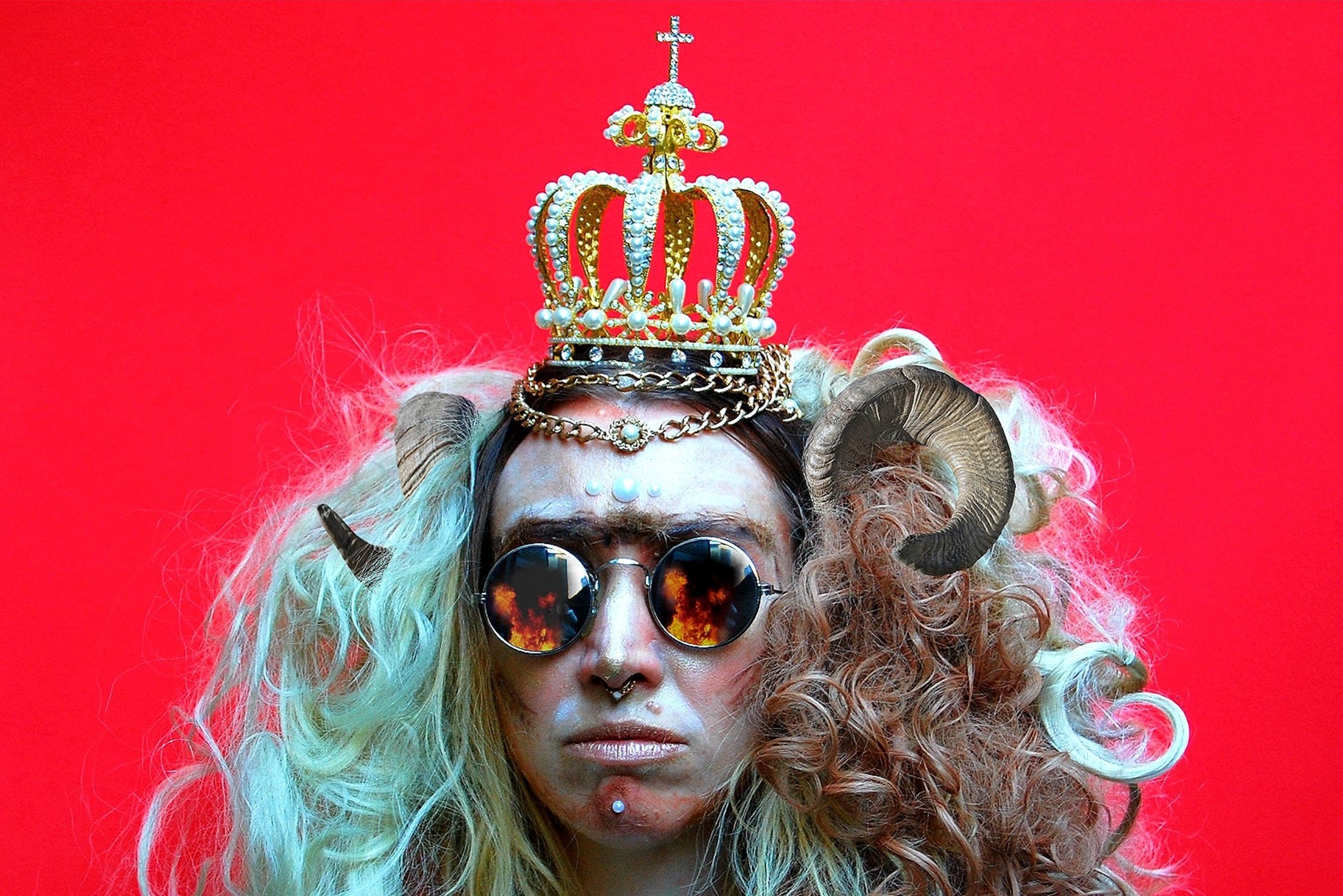 Welcome to the church of Ram, where sheep are people, people are sheeple and the apocalypse is just getting started. Bow down, rest your head against the holy breast and suckle on the holy teat: only Ram can save you now. Part religious ceremony, part stadium rock concert, part cult AGM, this immersive sermon asks wild philosophical questions and provides long lasting and uniquely milk-based catharsis.

“Deliciously daft” ★★★★ (The Guardian)
“Wickedly funny, its view of the world is wholly singular and utterly deserving of attention” ★★★★★ (A Younger Theatre)
“Joyously unhinged” ★★★★ (Reviews Hub)
“Brilliantly understated comic with the punk spirit of the Sex Pistols” ★★★★ (The Scotsman)

Praise be to Ram. 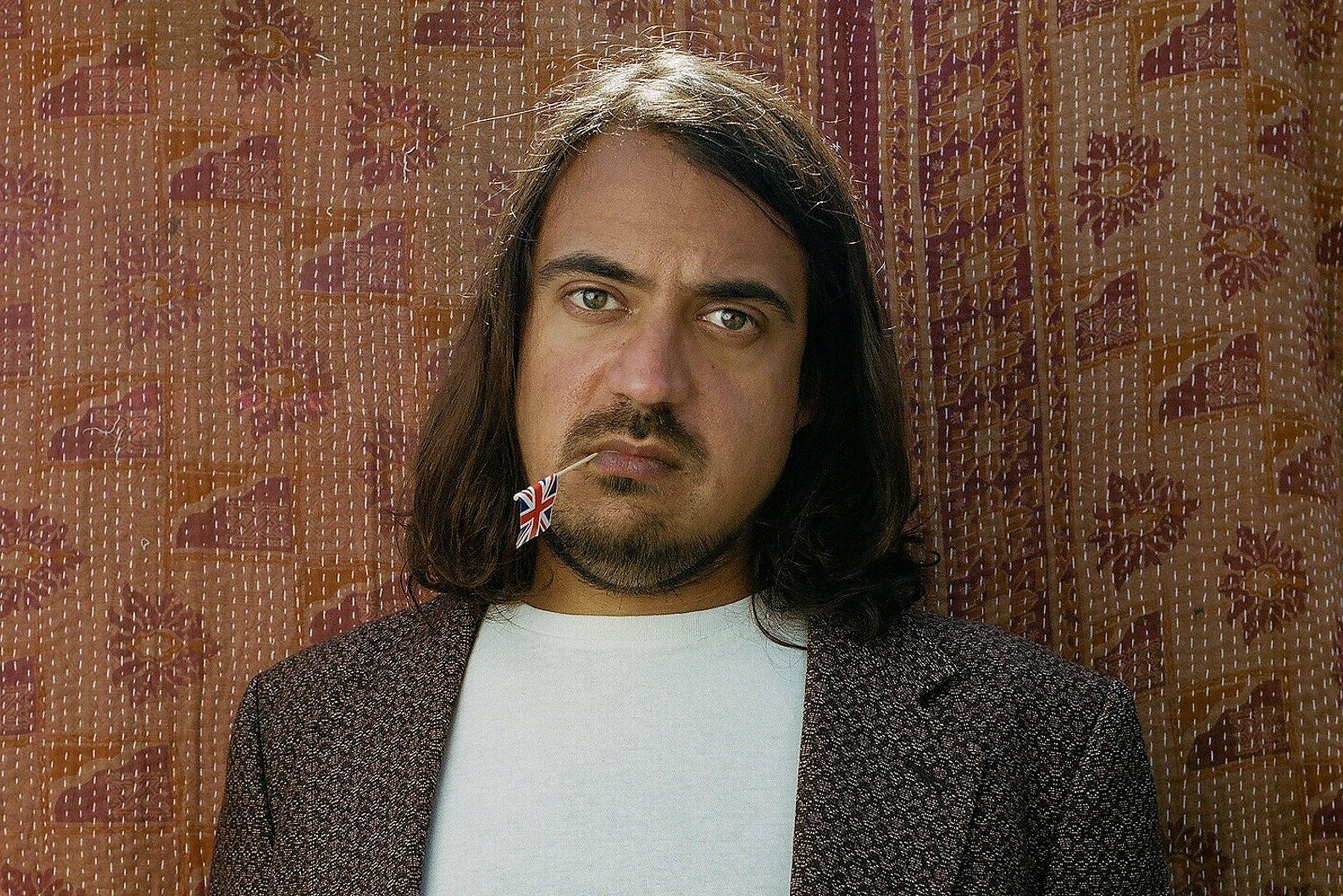 A dismantling of hilarious topics, including race, identity and of course, Asian dads. In this cross genre idiocy of standup, character and clown, expect nonsensical sense-making from a philosophical fool. A unifying tonic* for polarised times.

“I laughed so much it hurt” (The New Current)
“A bright, nay, dazzling future in comedy” (The Bunbury)

Brighton Fringe 2021 runs until Sun 27 June, with some events and venues running until Sun 11 July. Check out the full programme here: