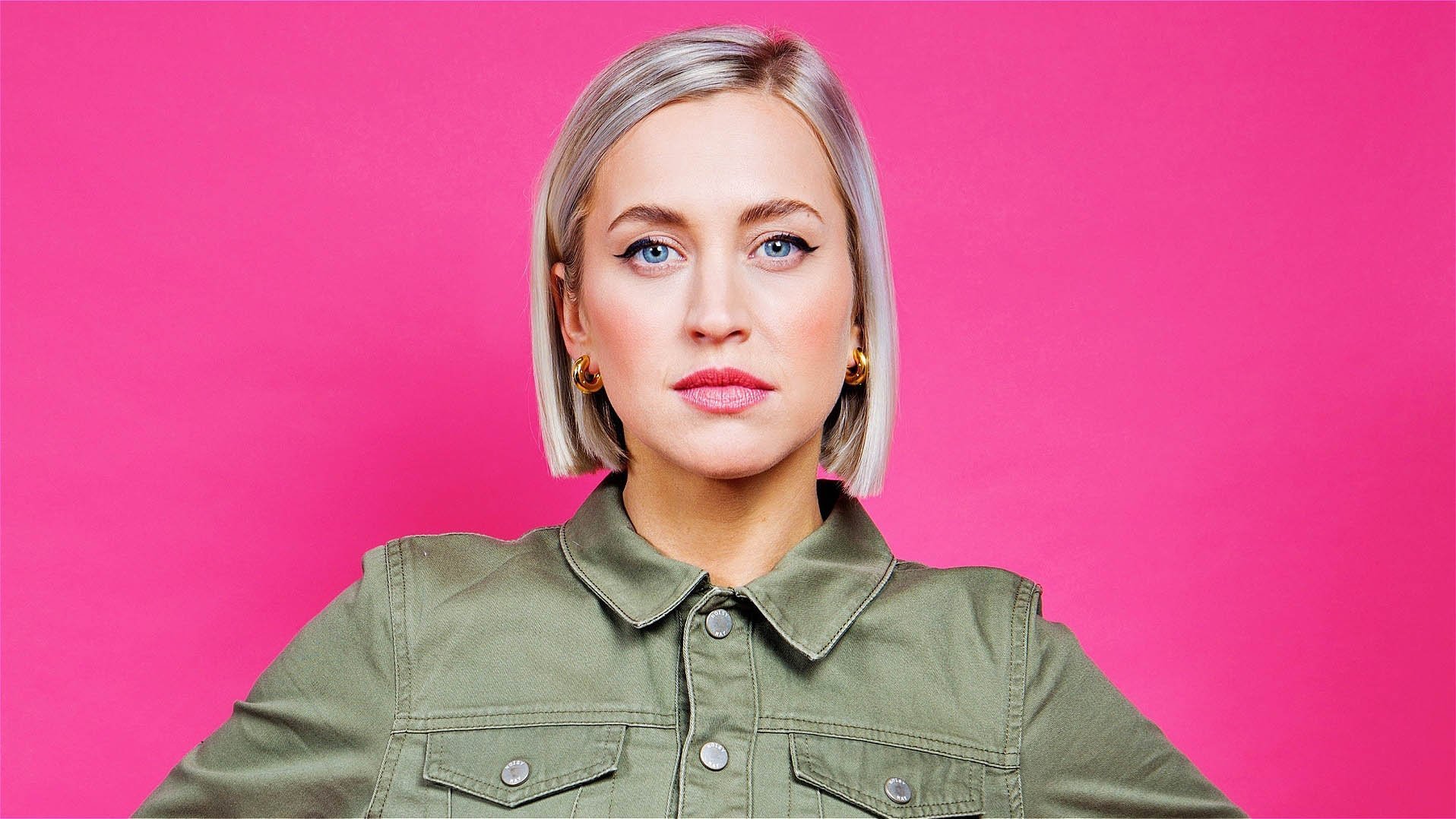 *it’s not really the end! Some venues and events are running until 11 July, including Brighton Spiegeltent and The Warren. We’ll have some top picks from those extended dates soon! 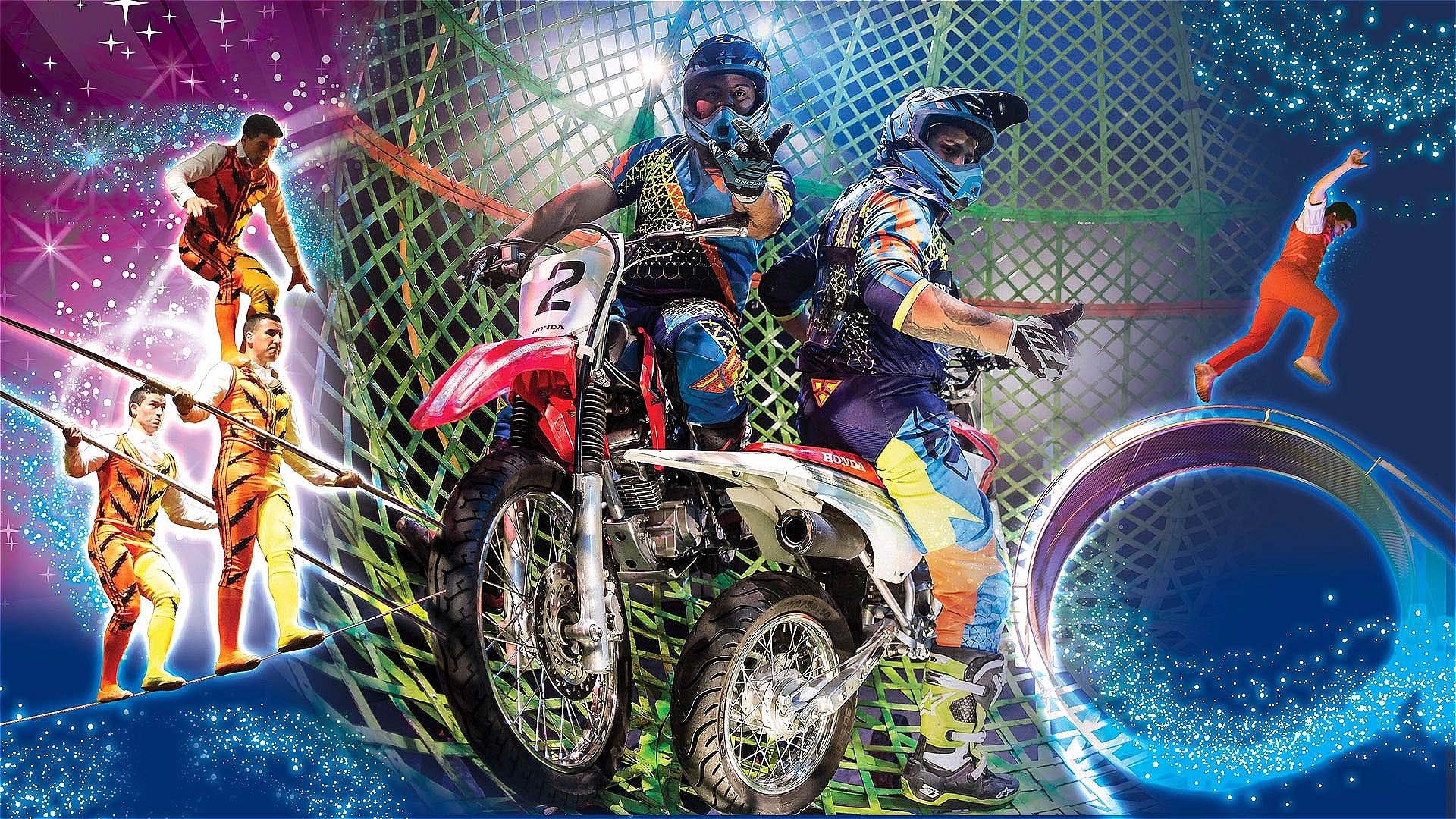 An amalgamation of brilliant circus acts from all four corners of the globe, music and real youthful energy, incorporating fantastic performers from all over the world.

Him Indoors by Cheekish Productions 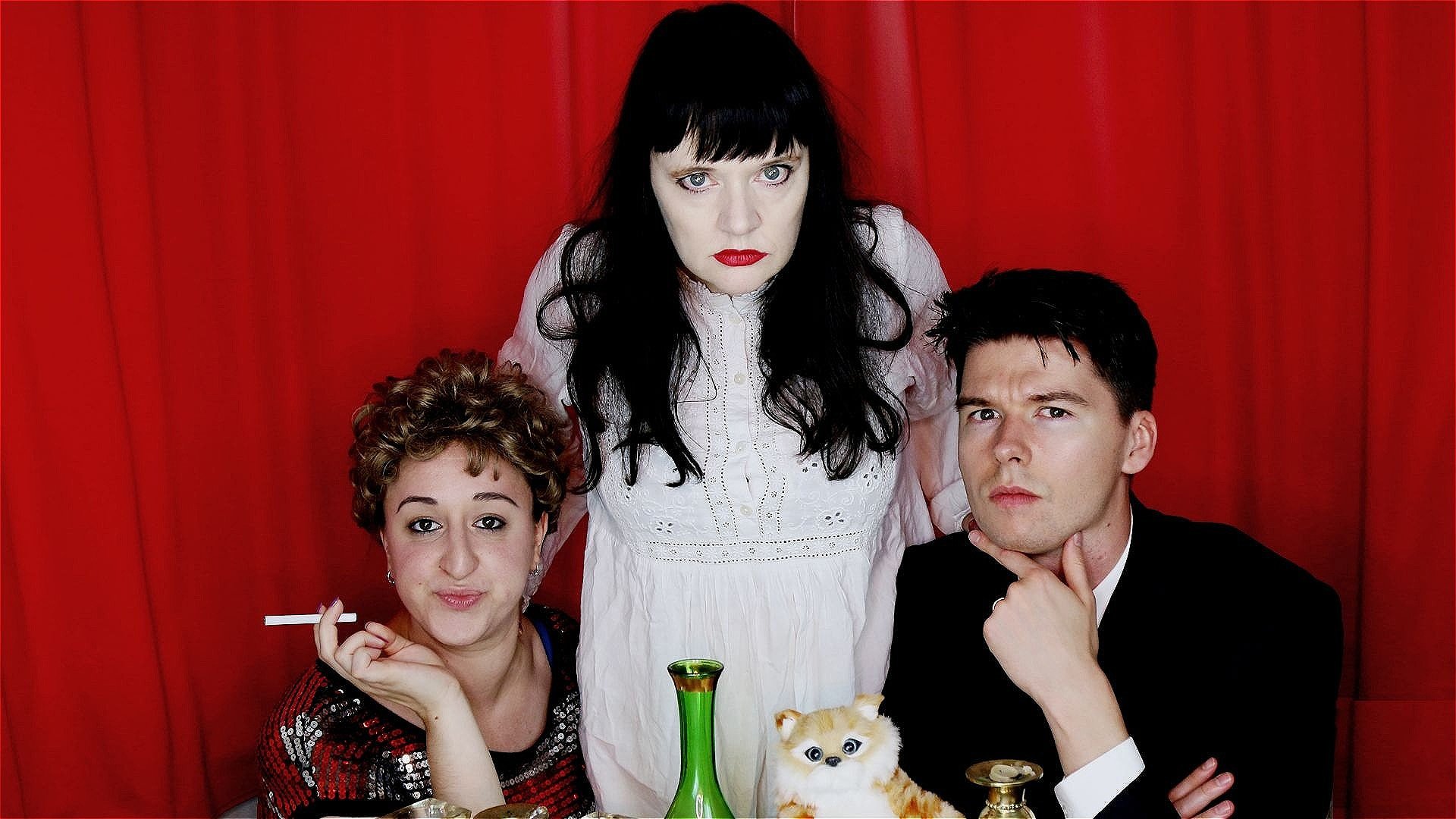 The Mighty Boosh meets The Wicker Man, with eels. But the eels are demons. And they’re inside a northern girl who looks a bit like The Exorcist, but with a better sense of humour. Welcome to Tittitutar Town. A laugh-out-loud, absurd comedy horror theatre show. In the quaint Northern town something’s not quite right, and a very serious journalist is determined to get to the bottom of it. A scary spooky girl has a small man inside her, so they say. A tiny little man trapped in her belly. Don’t believe it? Meet the town’s many strange inhabitants, and find out for yourself…

“I might have proposed marriage as it’s such a delight. It’s inventive, imaginative, insane, and probably many other fantastic words that begin with I, and definitely worth seeking out, a stunning piece of absurdity” (Comedytowatch)

Marcel Lucont: No. Dix by A Due Bus Ltd. 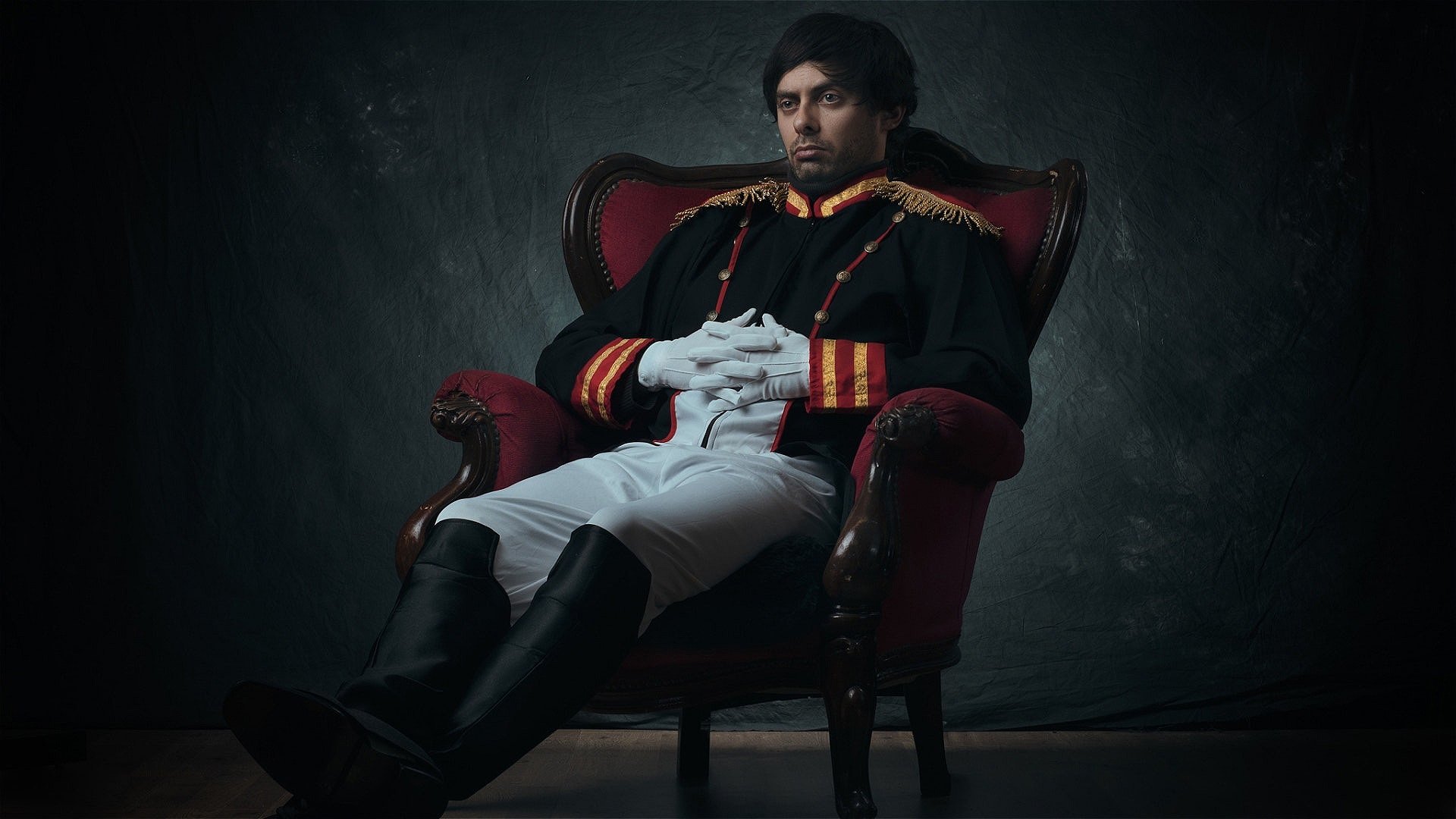 Duty by A Little Twisted 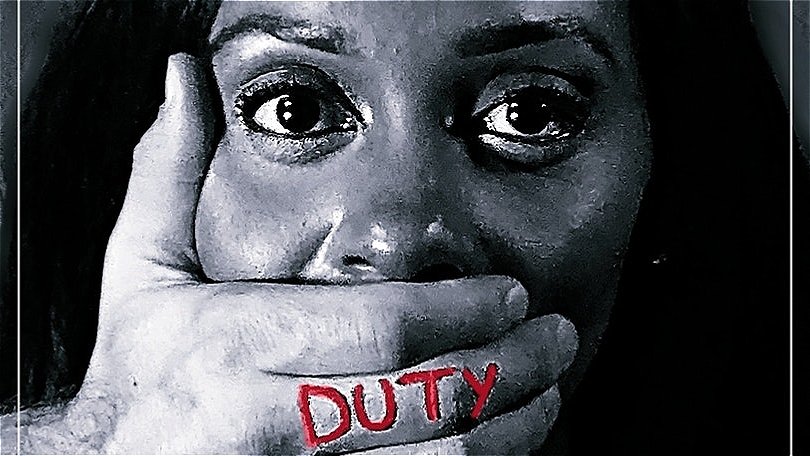 When a Nigerian family moves to London, it’s a far cry from the life they’d hoped for. ‘Duty’ explores how detachment, discontent, gender and racial constructs play out for a young black woman, both in society and intimate relationships. Plus, the bittersweet hope of finding life’s purpose in the midst of it all! 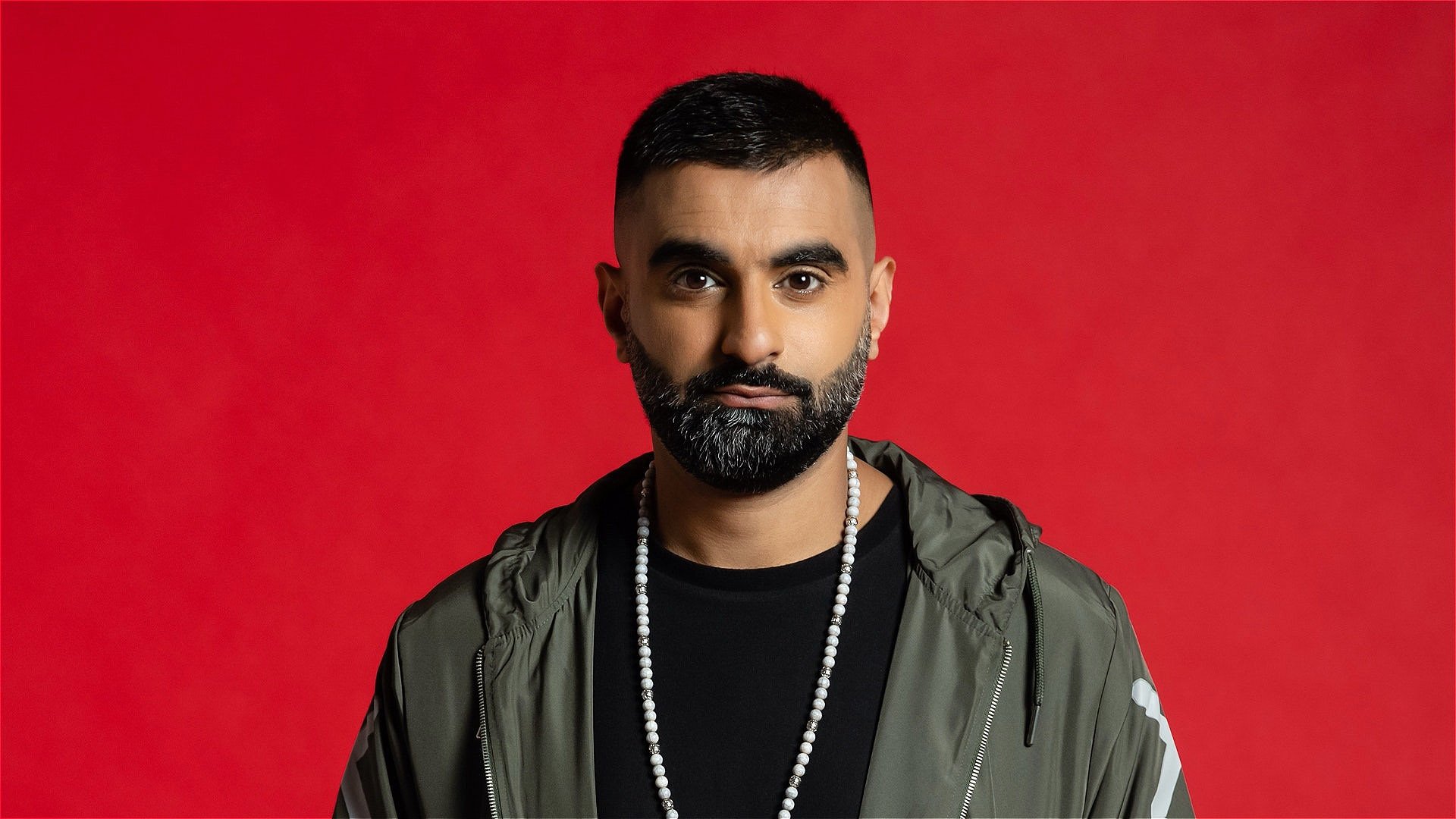 Tez Ilyas is back! As silly, smart and subversive as ever, join him for this brand-new hour of hilarious stand-up. Star of ‘The Tez O’Clock Show’ (Channel 4), ‘TEZ Talks’ (BBC Radio 4) and ‘Man Like Mobeen’ (BBC Three).
“Radiantly entertaining” ★★★★ (The Times)
“Blackburn’s Chris Rock” ★★★★ (The Guardian)
“Tez Ilyas’s political stand-up is candyfloss with a razorblade inside: sweet and familiar at first, then shockingly, painfully sharp” ★★★★ (The Telegraph) 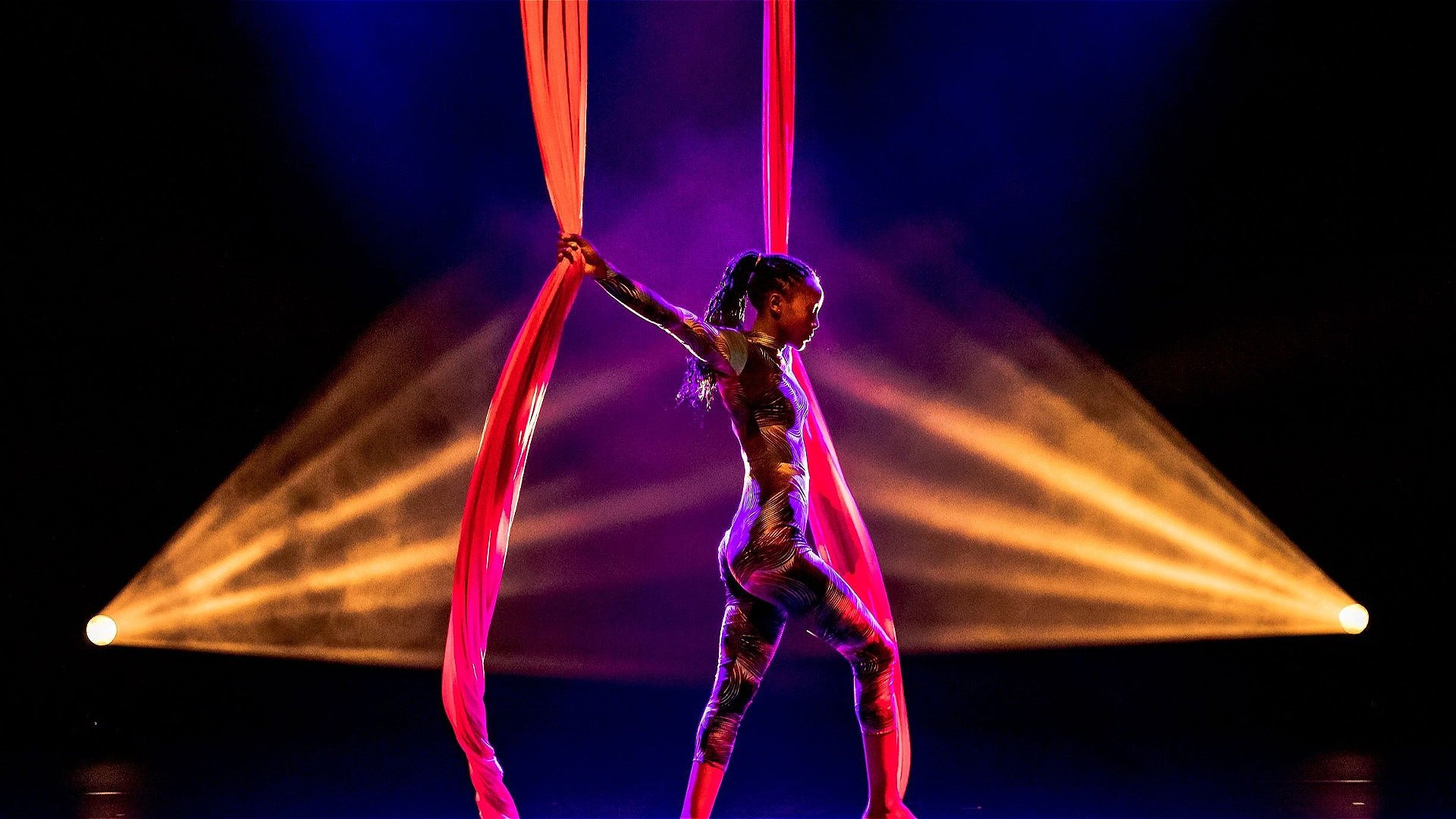 Circus Abyssinia returns with a brand-new, breathtaking show for all ages. Featuring dazzling feats of speed and flight, and rocking with the exuberant joy of its cast, ‘Tulu’ celebrates the true tale of an icon.

This show tells the story of distance runner and Ethiopian legend, Derartu Tulu, charting her rise from the humblest beginnings to become the first African woman to win Olympic gold. 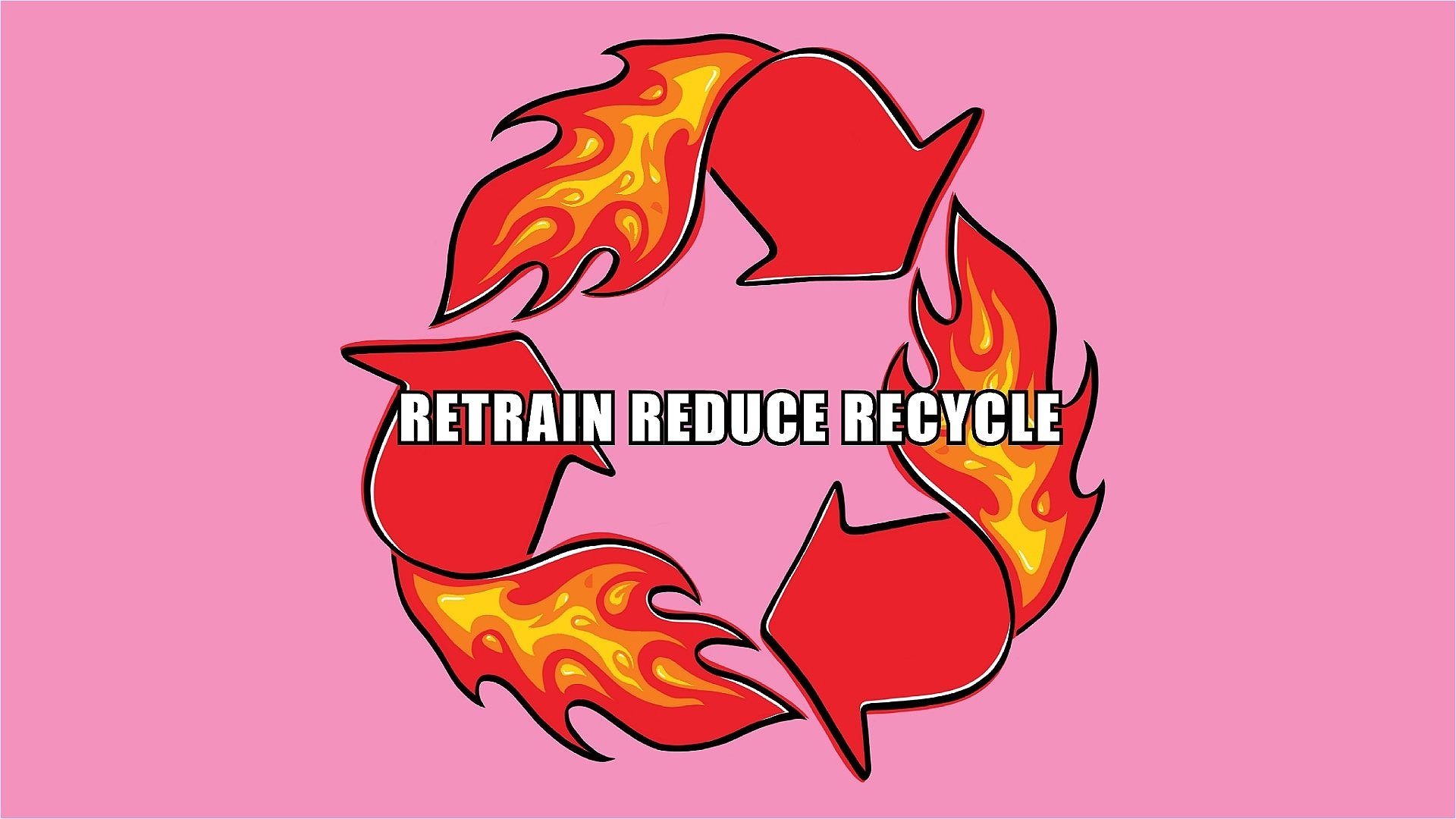 After a busy year of transferring our skills to cyber, award-winning feminist theatre collective Clap Back Club are ready to put the skill back in unskilled! After centuries of being overworked and underpaid, come and see how we received the government’s opportunity of a lifetime to … get a new job.

‘Retrain, Reduce, Recycle’ mixes musical theatre, comedy and cabaret to discuss the impending doom that lockdown has created for the arts industry, and how it’s perpetuated the discrimination of women in the workplace.

“Comedy and the bitter truth, is it REALLY possible to deliver both? Yes… it is. And it’s nothing less than theatrical therapy.” ★★★★ (Billie Eliot Turner – Broadway Baby)

As seen on BBC3, ITV2 and All4, Lily is one of the most exciting new voices on the UK comedy scene. Leicester Square New Comedian of the Year Runner up, Funny Women Finalist, Komedia New Act Finalist, Max Turner Finalist and part of the prestigious Pleasance Reserve, Lily is pumped to bring her debut hour of stand-up comedy to Brighton Fringe. Join on her hilarious journey from cheerleader to feminist, to dog mother. She’s been criticized for only making jokes about her vagina and now she has a dog, who has one too.

“cheery disdain for the genteel and a bulletproof confidence” (Chortle)
“Charming and moderately obscene” ★★★★ (The Scotsman)
“Dry, feminist wit” (The Evening Standard)

Rebel Boob by Speak Up! Act Out! 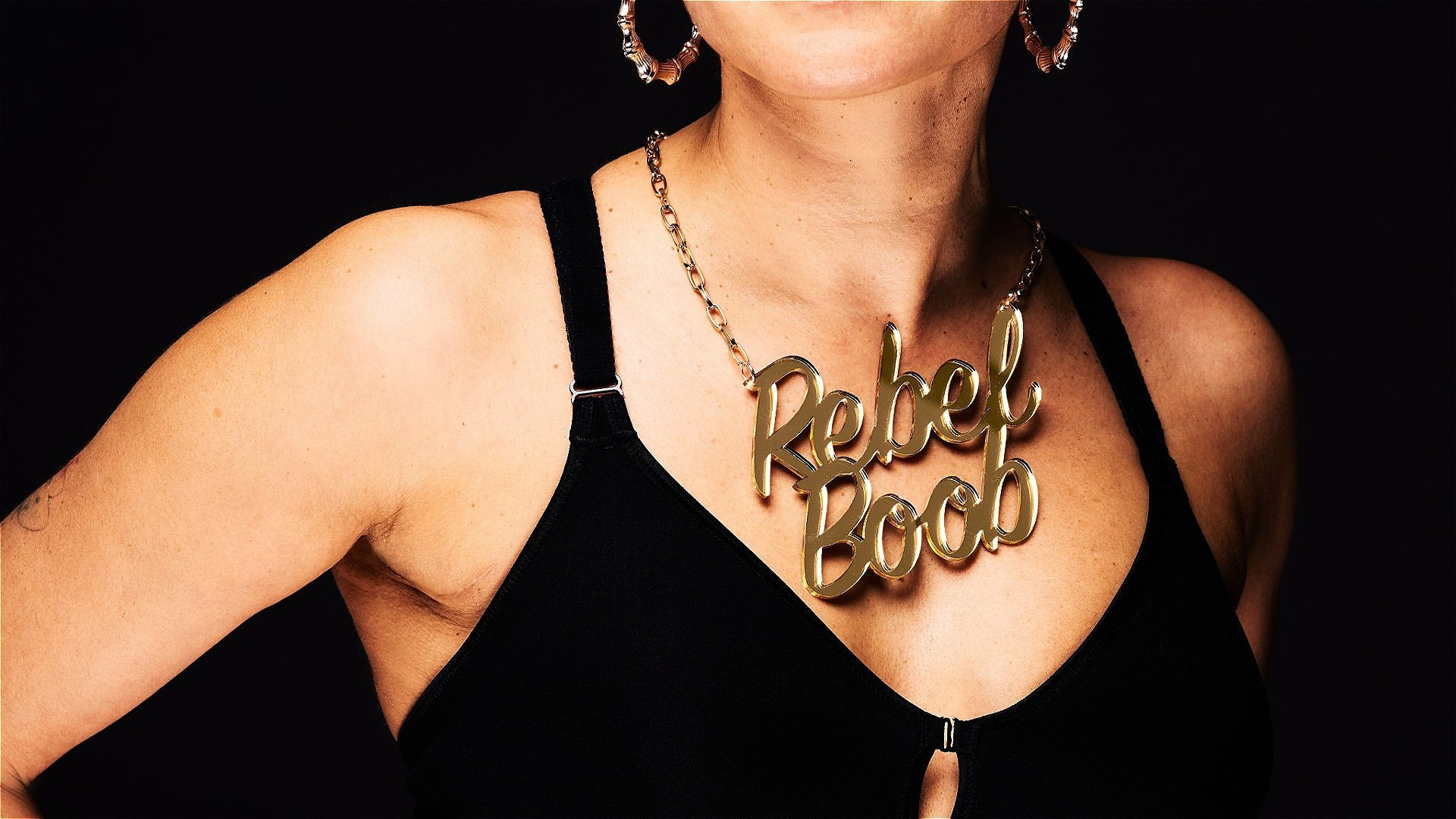 Based on interviews with women who have been diagnosed with breast cancer, ‘Rebel Boob’ is a multimedia performance which focuses on the recovery period following active treatment. It is a raw, funny and honest account of what happens when your life as you know it stops, and then starts again.

This event is supported by the Encore Insure Brighton Fringe Bursary. 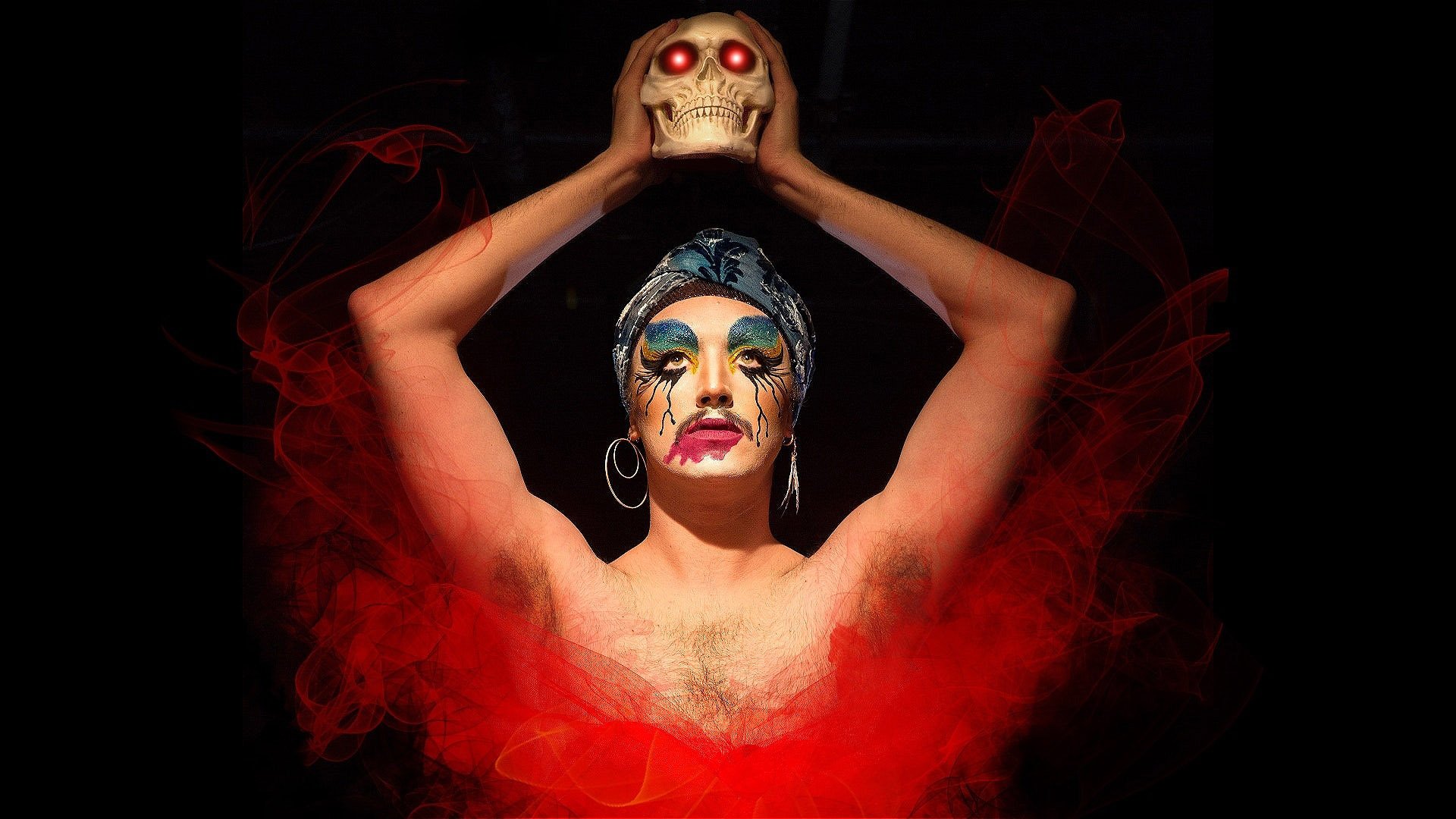 The legendary Ghost Whisperer Séayoncé is lubed up to mystic it to you in this dragtastic séance.

Enter the depths of the spirit world to see how far Séayoncé will go to get what’s needed. Hell-bent (what did you just call me?) on finding truth, this clairvoyant will take you places you’ve never been. A night to give you absolute afterlife! It’s time to open your third eye… and your legs. Are you brave enough to let the devil come inside you? Séayoncé is…

“A sharp edge of wit…I found myself hoping for it to last longer.” ★★★★★ (LGBTQ Arts Review)
“Queer, overboard and full of vice” ★★★★★ (LondonBoxOffice)
“Favourite show I’ve ever seen…Séayoncé slays” ★★★★★ (The Upside News) 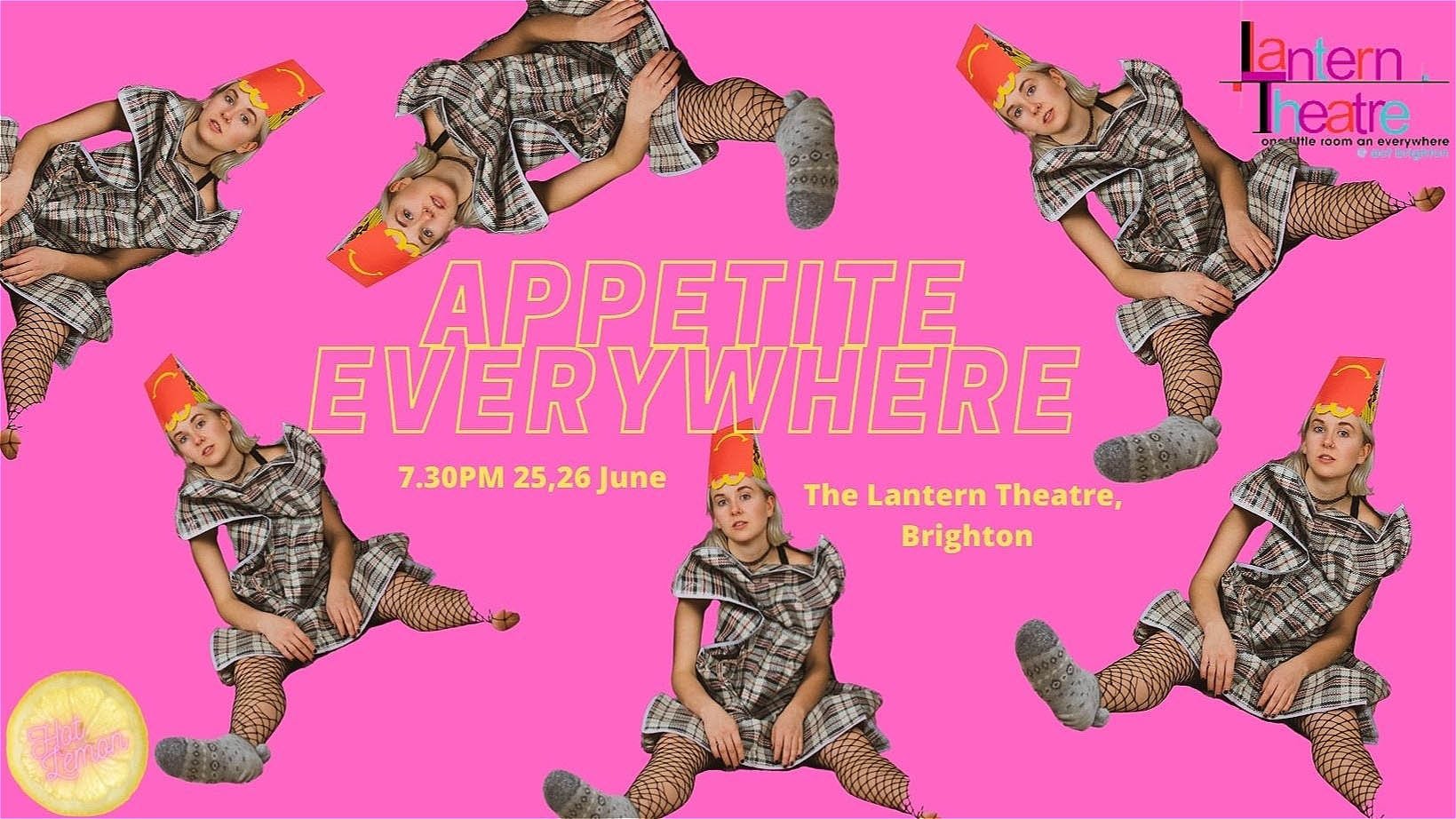 For women, says the philosopher Susan Bordo, hunger is the most insistent craving and pre-eminent source of their anger and frustration. The hunger, anger and frustration I experienced in my life was persistent and clever. It was a literal hunger for food, for sex, for pleasure, power and respect. Now I want to eat the world. Will you join me at the table?

90s Boy: Blair, the Lovegun and Me by Junkyard Dogs 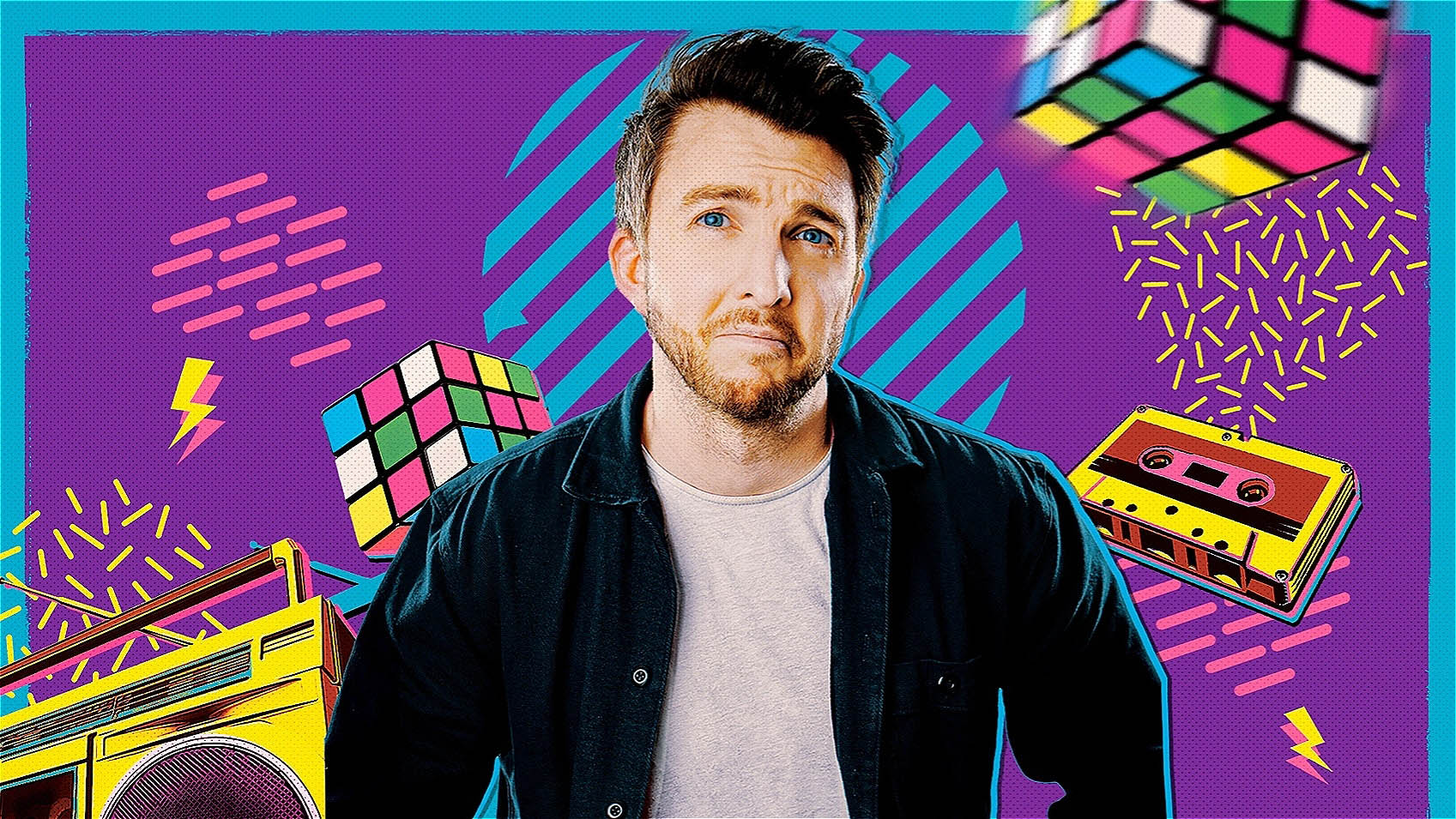 Ever been let down by someone you idolised or surprised by people you thought didn’t care? Phil takes us through a life of dealing with ADHD, his oddball parents, love/hate feelings towards Tony Blair and seeking solace in long forgotten terrible 90s pop songs. 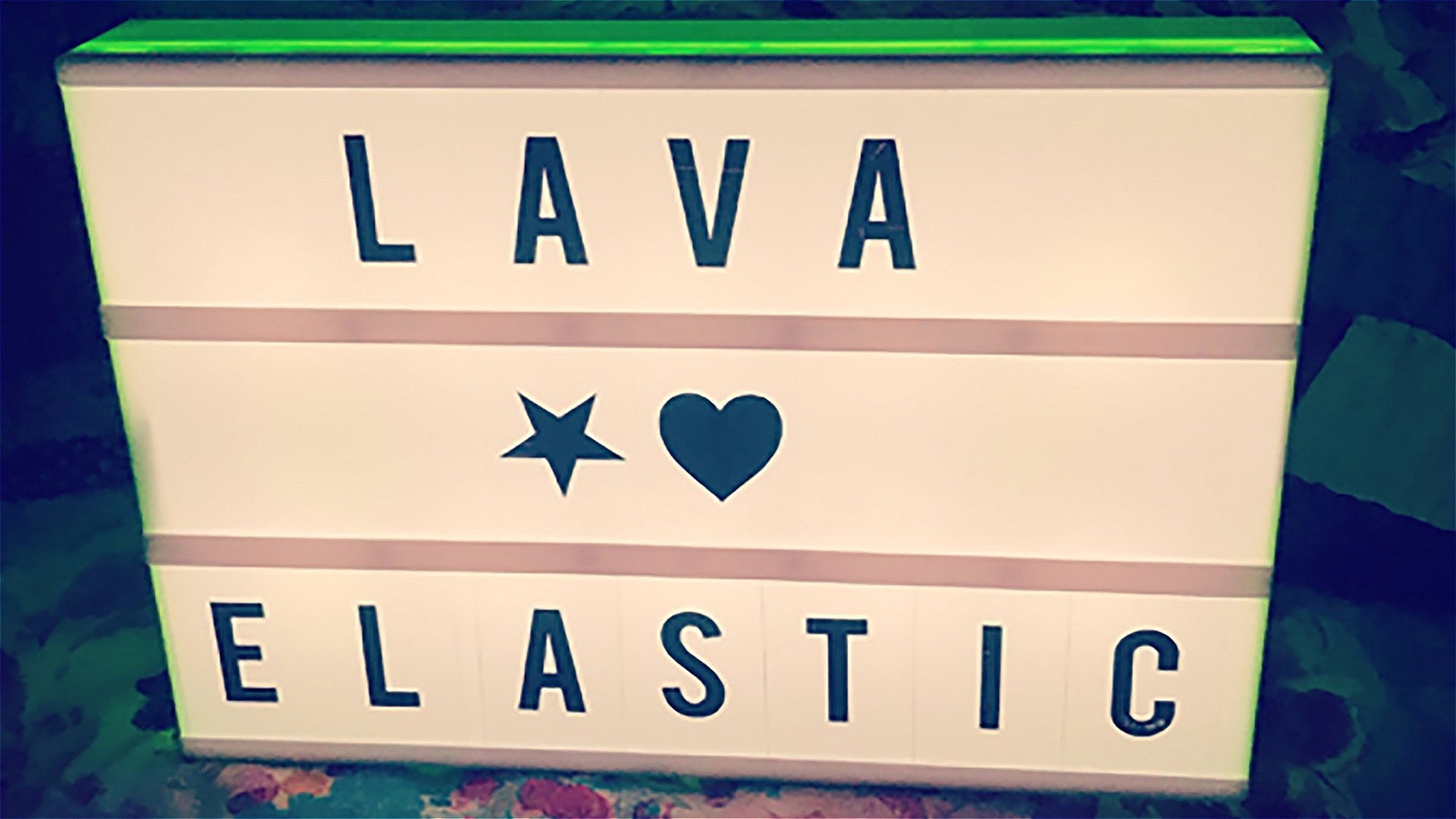 The brilliant Lava Elastic is the UK’s first openly neurodiverse comedy/performance/poetry night and has been running for over two years now… Brought to you by neurodivergent performer (late diagnosis of Aspergers and proud of it!) Sarah Saeed, (sometime comedy diva Marianna Harlotta) and founding member of Autistic performance company Stealth Aspies. 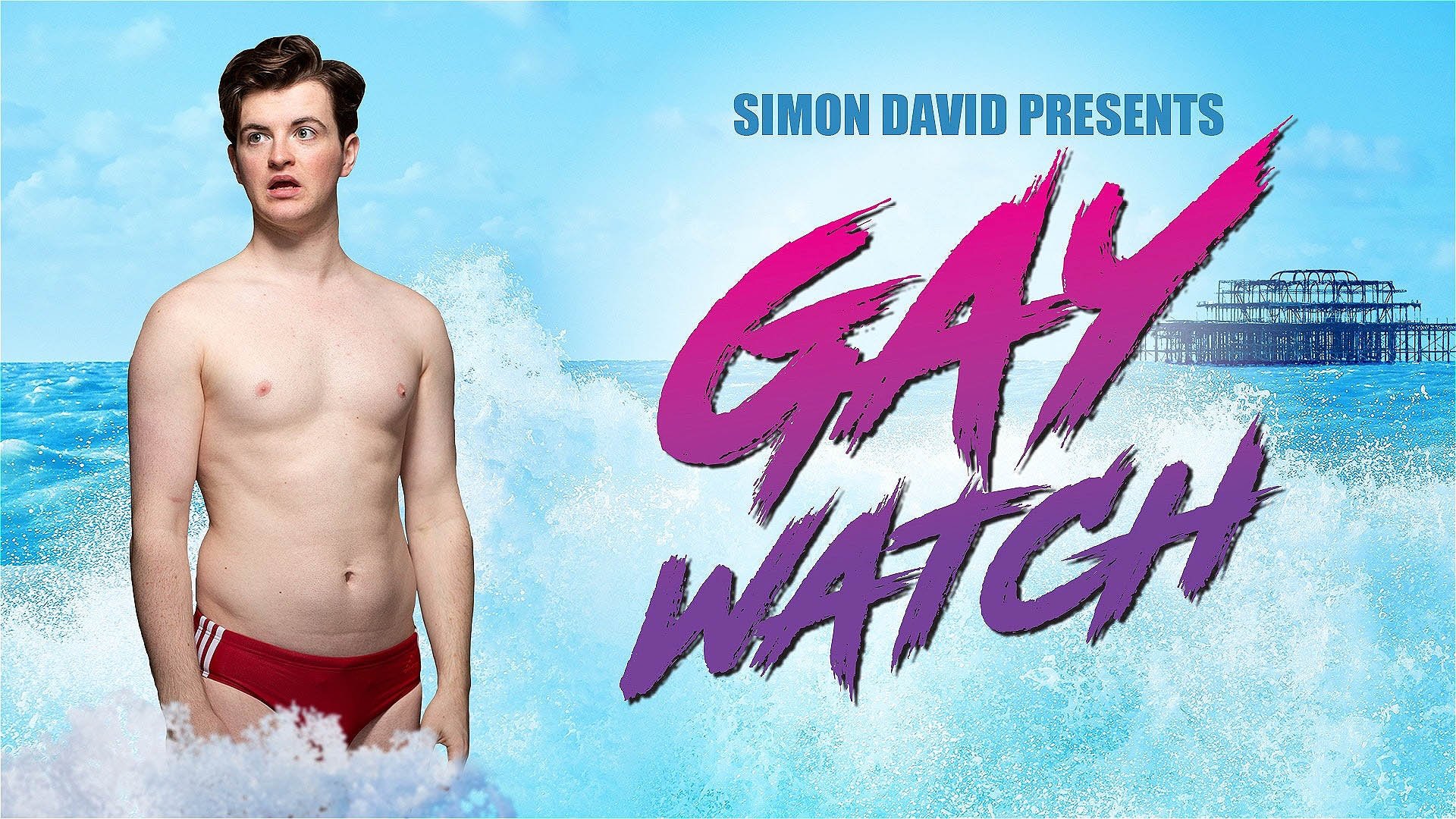 Dust off your low-cut leotard, grab a float and dive into the best of Brighton!

The Last Hurrah by Brighton Spiegeltent 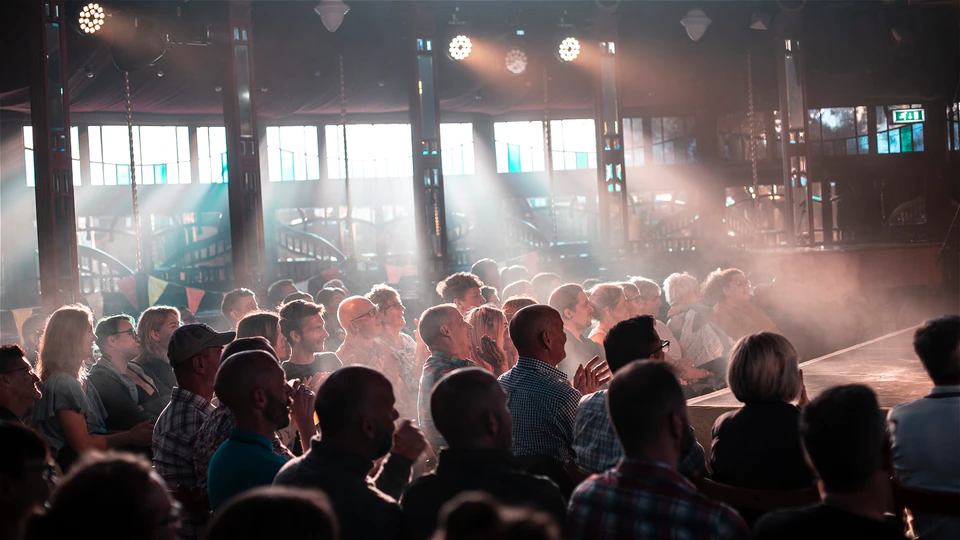 The very last splash of magic and sparkle from this years Spiegel Fringe season, with some of the most amazing acts of our Spiegel family, plus special guests – Laurie Black, Alfie Ordinary, SASSY!, Cabaret Bohème, Spiegelcircus and many more surprises!

Our unique and intimate night to celebrate the end of Brighton Spiegeltent’s Brighton Fringe 2021 season: a family party without the drama but with an extra sprinkle of glitter!

Brighton Fringe runs until 27 June, with some events and venues running until 11 July. Check out the full programme here: www.brightonfringe.org/whats-on