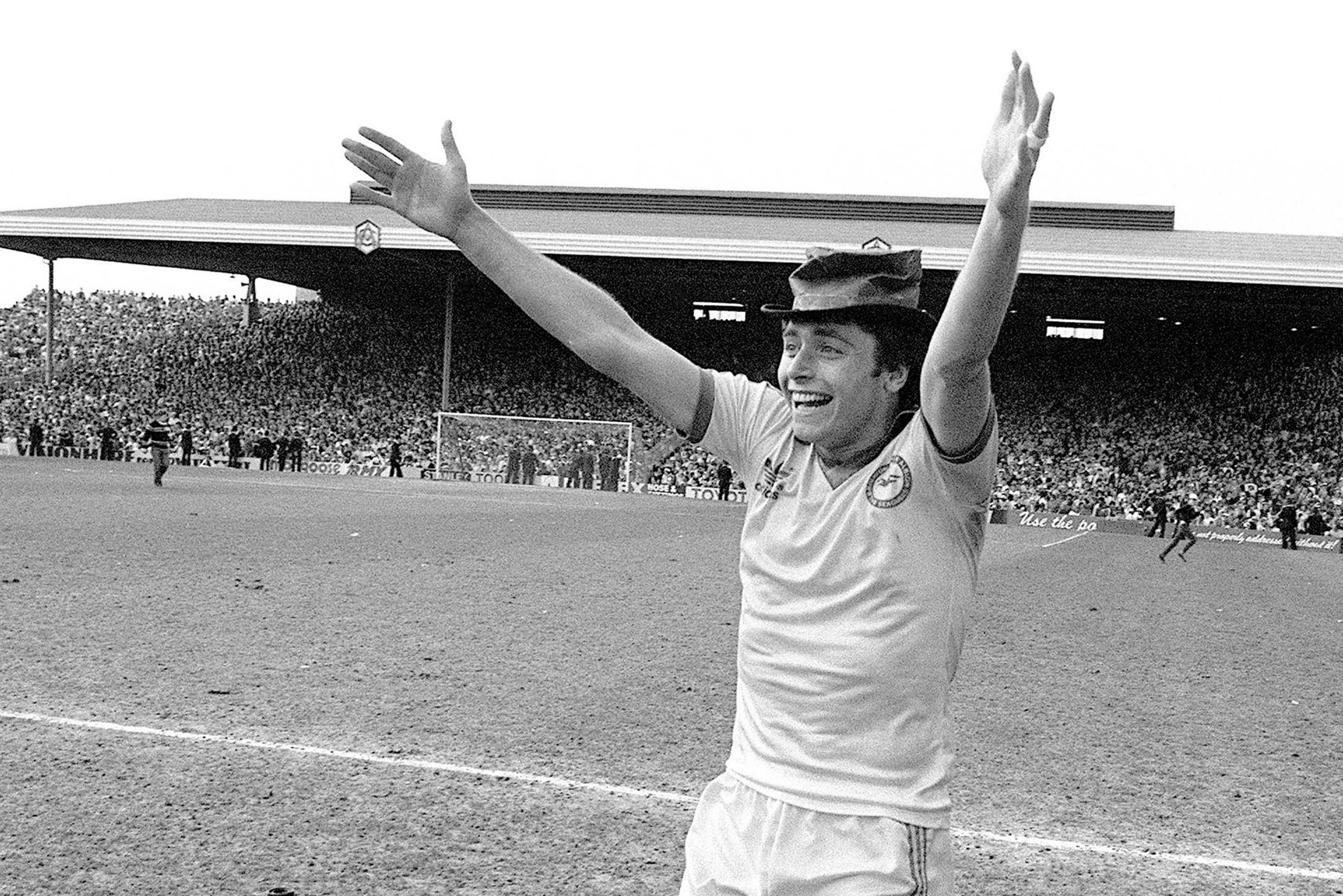 Bloom said, “All of us at Brighton & Hove Albion were extremely saddened to hear of the passing of Michael Robinson. He still holds the club record for the most top-flight goals with 37 in the old First Division.

“For Albion fans of a certain vintage, we remember Michael in a blue and white shirt at the Goldstone, playing with enthusiasm, tenacity and endeavour, yet always with a big smile on his face.

“His place in our history books should not be underestimated; to score 19 top-flight goals in his first season with the club – and 43 goals in 133 appearances in total – speaks volumes for Michael’s ability but it will be the 1983 FA Cup run for which he will be particularly remembered.”

Robbo, as he was known, thrived during that run; scoring twice against his former club Manchester City in round four, teeing up Gerry Ryan’s goal at Anfield and, most ironically, scoring the winning goal against Sheffield Wednesday on that sunny semi-final day at Highbury.

Bloom added, “I still have the post-match image of Michael in my head, celebrating the victory with that radiant smile beaming across his face.

“With his undoubted quality, it came as no surprise when the-then European Champions Liverpool signed Michael. During his spell on Merseyside he won the League Championship, European Cup and League Cup medals – what a tremendous haul.

“A highly-successful post-playing career as a TV sports personality made him a huge personality in Spain, where his loss has also been felt. To read tributes from the likes of Rafael Nadal, Sergio Ramos and FC Barcelona reveals the esteem he was held in throughout the country.

“In fact the wonderfully warm tributes that we have all heard and read today are a reflection of the impact made by Michael, not just at the clubs he played for but throughout the football family and beyond.

“On behalf of the football club, I would like to pass on my condolences to Michael’s family and friends at this particularly sad time. We are thinking of you all.”