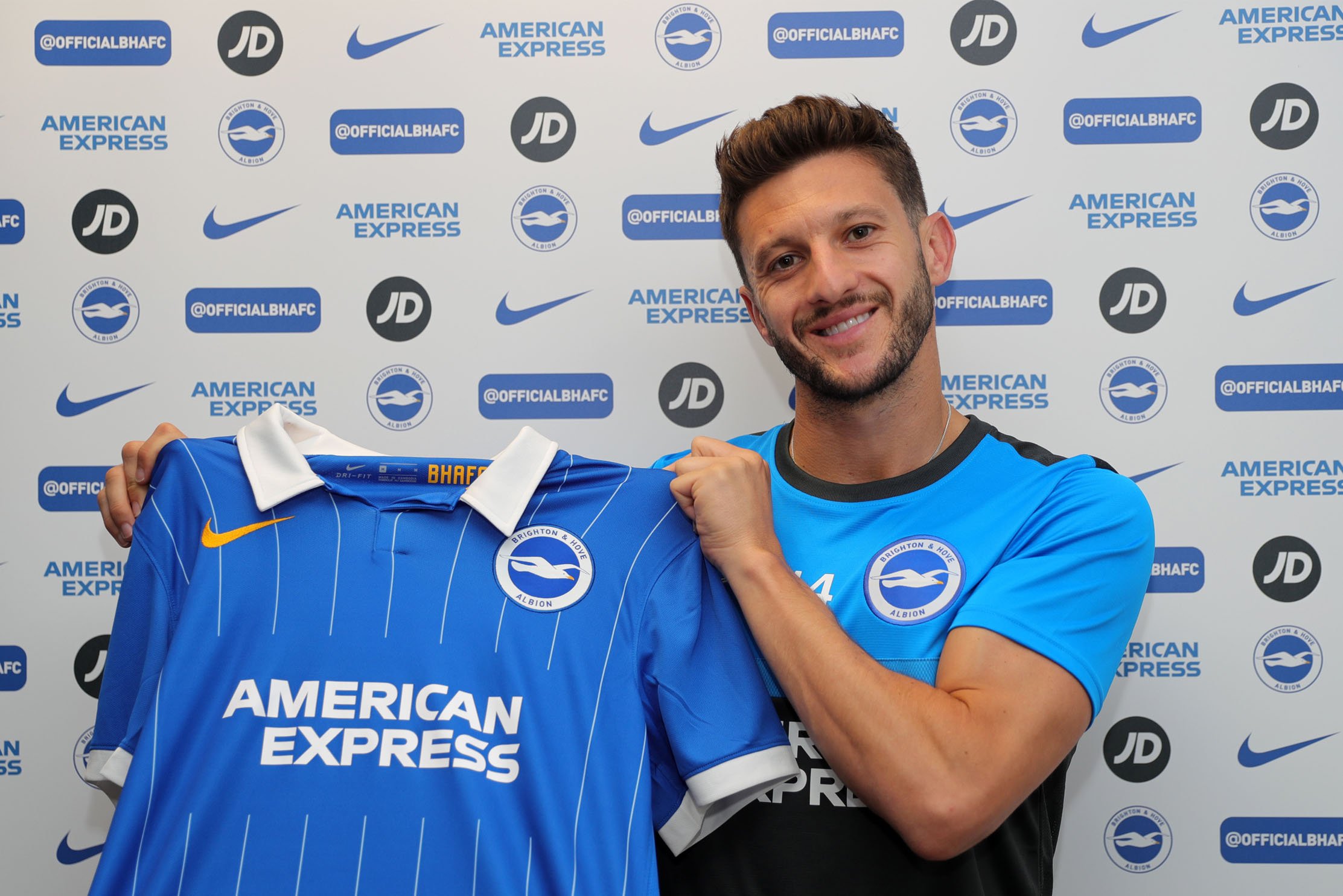 Brighton & Hove Albion have completed the signing of Adam Lallana from Premier League champions Liverpool. The 32-year-old midfielder has also won the UEFA Champions League, FIFA World Club Championship and European Super Cup with Liverpool, and holds 34 senior caps for England. Lallana, who will wear squad number 14, has agreed a three-year contract with the Albion and returns to the south coast having left Southampton to move to Anfield in 2014.

“There is no doubting Adam’s quality, and if you look at his footballing CV his ability is clear for everyone to see,” said BHAFC Head Coach Graham Potter. “He has played at the very highest level, for both club and country, and achieved great things. He has a wealth of experience alongside his technical quality.

“The honours he won during his time at Liverpool, and the high regard in which he is held at Anfield, only further underline his ability and character. Adam is a really exciting signing for us, someone I am sure the supporters will be really looking forward to seeing play as and when things are able to begin to return to normal. To have both his experience and quality out on the pitch will be a great addition for us, and I know he will be an excellent role model for our younger players in the squad. I am really looking forward to working with him when we return for pre-season training in a few weeks.”

Lallana helped Liverpool end a 30-year wait for the Premier League title, and added the title to their Supercup and Club World Cup wins this season. He was a Champions League winner last season, and in total has made 196 Premier League appearances, scoring 30 goals and making 28 assists across those games. He joined Liverpool from Southampton in 2014, where he helped the Saints to back-to-back promotions from League One to the Premier League and lift the Football League Trophy. Lallana has also won 34 England caps and played in both the 2014 World Cup and 2016 European Championships. In total he has played more than 400 senior games, scoring 81 goals and making 70 assists.