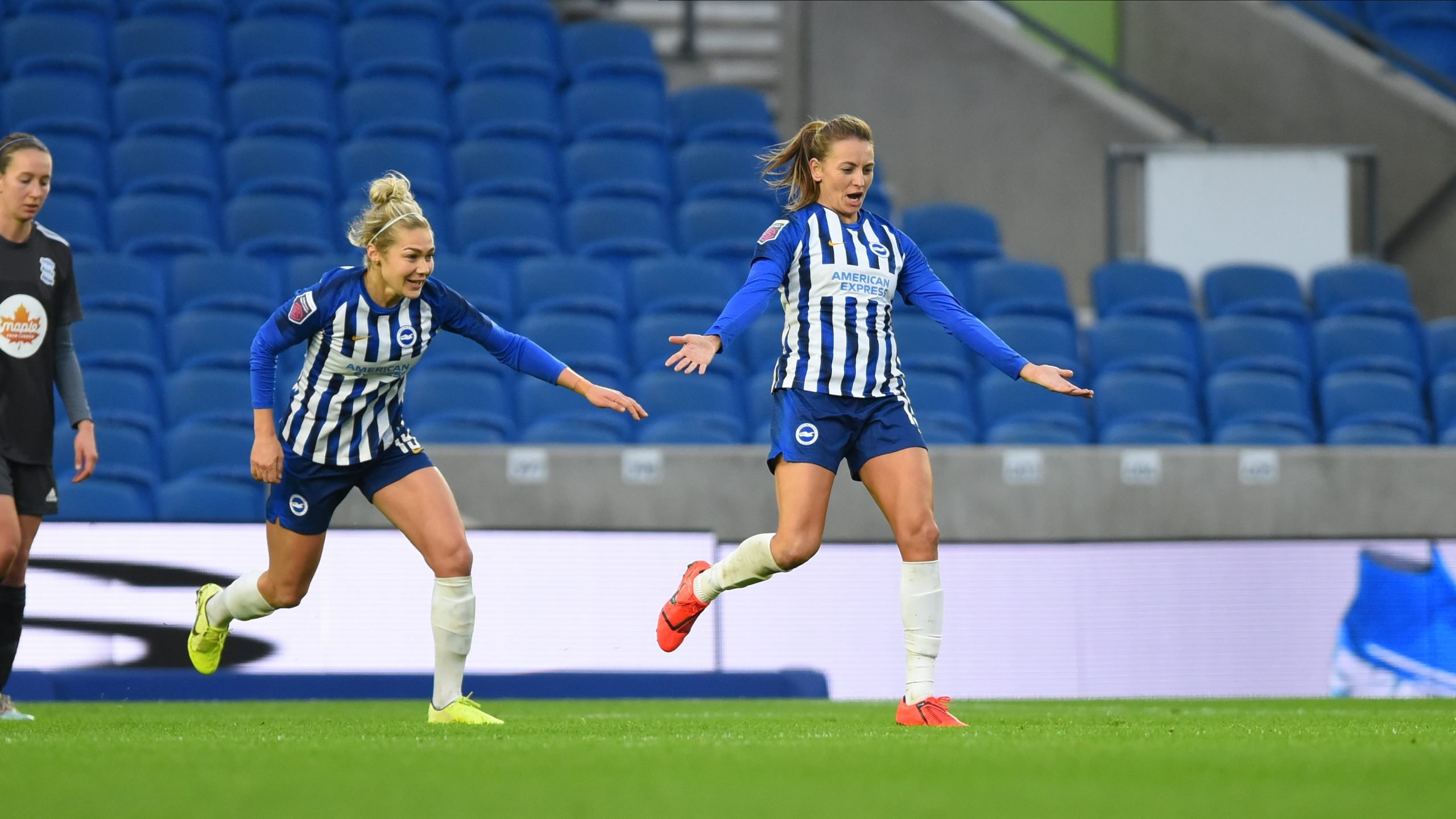 A Wales international and Albion’s most experienced player, she looks ahead to the game and her plans for life after football.

How much does it mean to start the season at the Amex?

It’s going to be absolutely brilliant and we can’t wait. The best thing will be to see all our fans again. We had a couple of games last season when they were allowed back and that was great, but this feels special. We have a really loyal group of supporters and we love interacting with them after the games. It’s great to see so many youngsters coming to watch us as well, and hopefully it gets them into playing football too.

A few of us have played at the Amex before and scoring twice in the game against Birmingham City in 2019 is one of the highlights of my career. The support we had that day was fantastic. But it will be a new experience for a lot of the squad and I’m sure they will enjoy it.

We did the double over West Ham last season didn’t we?

Yes, but they were tight games which we won 1-0. It’s always hard to judge what the league is going to be like at the start of the season. A lot of squads will have changed but West Ham is always a tough match. Hopefully the home crowd can make a difference for us.

How much are you looking forward to the new season?

A lot, because when you get to this stage of your career you can’t really look too far ahead so you have to embrace the challenge of every new season. When you’re at the end of your contract you always worry that you might not get re-signed. It is difficult to organise your life on a one-year basis and it can be a scary thought process. But you can only control what’s in your reach so at the start of every season you work hard to make sure the opportunity comes along again at the end of it. I still think I have a lot to offer. I’m regularly in the top 5 for running stats and other metrics in our squad. 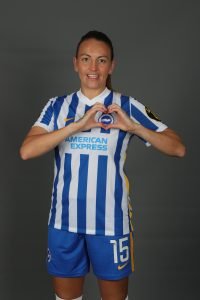 Being sent off, as you were against Bristol City last season, is never ideal but did you turn into a positive?

I’m passionate on the pitch and my will to win is one of the things that makes me stand out. When you are brought up with three older brothers you always want to beat them! I always give 110%, nothing less. But looking back that was a life lesson for me and I have learned from it.

Everyone has a life away from football and a few weeks prior to the game there were things which I perhaps didn’t deal with correctly and in that match it just boiled over. When it happened my first thought was ‘Kayleigh, what have you done?’ I know I won’t react like that if I find myself in the same situation again. The three-match ban I had was a difficult time as I missed three wins including the Chelsea away game where we won 2-1, I felt vulnerable. I apologised straight away to the other girls, and they were great. Hope Powell put her hand around my shoulder and supported me.

Were you pleased with how well you ended the season after getting back into the team?

Yes, I came through a tough time and I’m a better person because of it. This season I want to be more of a leader in the group and I have been put forward by the other girls for our leadership group of five, which means a lot. I think it shows they respect me for the leadership I can bring on and off the field. 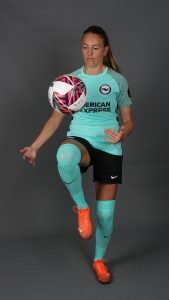 You’re another versatile member of the squad, but what is your favourite position?

As a winger. I feel you get on the ball a lot more and attacking defenders at speed and putting crosses in is one of my strengths. I started my career as a centre-half so defensively I am strong. It’s nice to be regarded as versatile, and I will play wherever Hope puts me. I would like to add more goals and finishing is something I have been working on in pre-season. Hopefully when I get those opportunities this season I can take them.

How do you relax away from the game?

Well, I have a wedding to plan! [Former Albion team-mate] Kirsty [Barton] and I are getting married next year and there’s lots to do. Kirsty is playing for Crystal Palace now but although we’re both in football we do find it easy to switch off. I am a fully qualified sports masseuse, so I have clients to see but sometimes we’ll just take our electric scooters around Bewl Water. You dedicate so much to football. When you can’t go to your dad’s birthday party or a friend’s wedding because of a match it is tough, so I think you have to make the most of the opportunity to live a normal life when you can.

So, are you making plans for what to do when you retire?

I’ve got my B license in coaching and looking to do A license. I’d love to coach or manage, or even be an agent. I think I’d have a lot to offer, because I have been a professional and stepped away from it as well when I stopped playing for six years just to work and get life skills.

One year I wanted to be a plumber, right now I am looking at the police force. With the help of the club, I am re-sitting A Levels in Maths and English this year. The one thing I would advise all young female athletes is that if football isn’t working what have you got as a back-up? Education is so important and the club are very good at helping with that.

Don’t miss any of their home WSL matches and buy a season ticket. Their matches are usually played at The People’s Pension Stadium, Crawley, where they will welcome the likes of Chelsea, Arsenal and Manchester City. Season tickets are priced at £40 for adults and £10 for under-18s/65+.