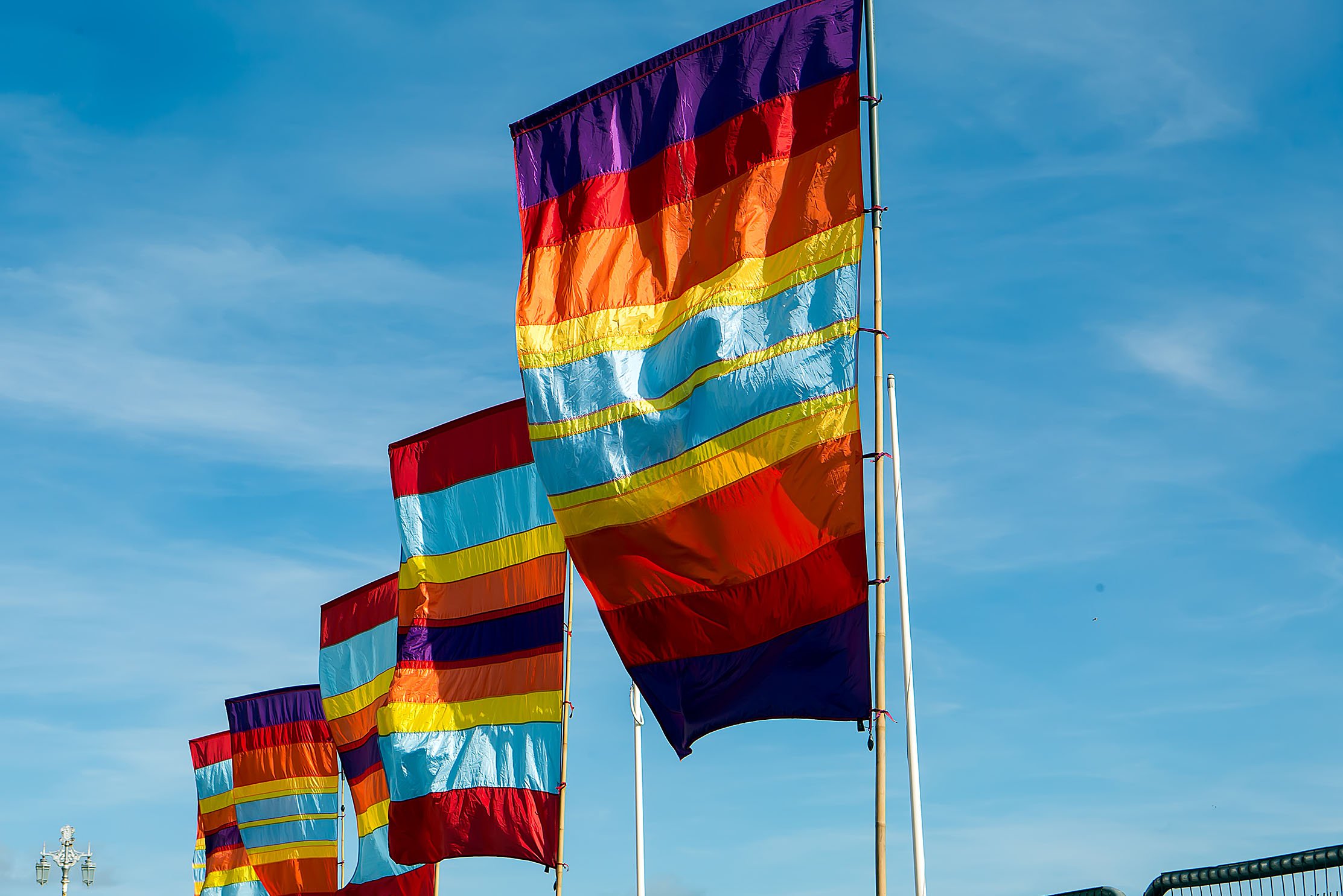 In Brighton’s Pride Parade, you are sure to encounter a mixture of mythical wonders such as unicorns, phoenixes and perhaps the odd dragon. This year, however, the angels have landed…

City Angels is an official non-profit initiative set up to promote a closer working partnership between Pride and local commerce. The festival weekend is estimated to bring in a coffer busting £20.5m revenue for the retail and hospitality economy. Businesses that benefit can show their support by becoming City Angels members for an annual fee starting at £100.

So much for procedure, but what does it mean to be a City Angel? Pride Managing Director Paul Kemp cast some light on some of the benefits of signing up. “City Angels will receive official merchandise including flags, stickers and digital assets to display in windows, outside and online,” he tells me. “They will also be listed on the official Pride website, in adverts and editorials celebrating City Angels, the annual Pride magazine and in our City Angel social media campaign.”

2019 will mark the project’s first year in operation. Its founding members include brands such as Brighton & Hove Buses, Legends, BHAFC and Hilton Hotel. These household names can help build momentum by encouraging other businesses to get on board.

Its purpose is not solely to create low-cost advertising. In line with its founding idea – where there is shared benefit, there should be shared responsibility – Kemp wants a collaborative approach. “There are some who take advantage and don’t contribute to the weekend or fundraising” he comments. “City Angels is a response to this and also to feedback from businesses wanting to get more involved with Pride.”

Pride attracts an estimated 450,000 people into the city over the weekend. City Angels members are expected to honour the occasion by upholding a sense of civic responsibility. Kemp says this can be achieved by “keeping the front of their businesses clean.” This will be welcomed by those concerned about the amount of litter leftover from last year’s event and an important addition to Pride’s sustainability initiatives such as The Big Pride Beach Clean. Members must also be vigilant toward public safety “by actively reporting any hate crimes or incidents and be supportive of LGBTQ initiatives.”

Over the last decade, LGBTQ messages, flags and slogans have become more visible within commerce. Though this has undoubtedly helped raise awareness within the public sphere it has also caused concern about ‘rainbow capitalism’ – the exploitation of the Pride message for financial interest. The City Angels project acknowledges the problem. As an official Pride member, critics are invited to seek assurance that by signing up, businesses are actively giving something back to the community. “100% of the profits from City Angels memberships is reinvested into the city and community,” Kemp says. “Whether it is through reducing waste in event supply chains, The Big Pride Silent Disco Beach Clean, sponsoring bins or consumer-focused campaigns to reduce litter – there is plenty to be done. Focusing our effort means we can bring greater benefit to everyone in the city.”

Concernsaboutcommercialexploitationarelegitimatebut the project has a supportive aim. City Angels are obliged to act as guardians to the three principles at the heart of the official organisation: Respect, Pride and Unity. The project recognises that the strength of these principles relies on a collective response.

Brighton & Hove Pride is a momentous occasion where we celebrate diversity and recognise our common cause. The City Angels initiative could be an effective mediator between the stuffy world of commerce and the free-spirited frivolity of a party weekend. However, this is a year-round campaign so when you buy your next BHAFC season ticket or hop onto the number seven to the Marina, you can be proud to buy into a business that honours the identity of the city that makes it flourish.