2010 saw the city’s inaugural marathon. For those sadomasochistic types, this is an ideal opportunity to cause yourself great pain by running a distance that, under any other circumstances would be considered ludicrous to travel on foot. Self-flagellation aside, this is a spectacular day that, each year, showcases the best of this wonderful city. The course takes in a number of the most famous sites, such as the Royal Pavilion and the i360, not to mention our glorious seafront that sees the climactic finish to the race. But the real highlight is the people of Brighton, who come out in their thousands and offer unending support and cheer, that help carry every athlete over the finish line.

The Green Party got their first MP in Brighton in 2010, with the election of Caroline Lucas. Re-elected in 2015, 2017 and in the most recently and hilariously debated election (you’ve got to laugh or you’d cry) for Brighton Pavilion, Lucas continues to be the only Green Party MP in the country. The increased social movement towards sustainable living and taking our environmental crisis seriously was always going to take longer to translate into political success. Thank goodness that Brighton continues to be a beacon of such forward-thinking, socially aware policies, providing an example of what can be done if and when other constituencies decide to pay attention to the world going up in flames. 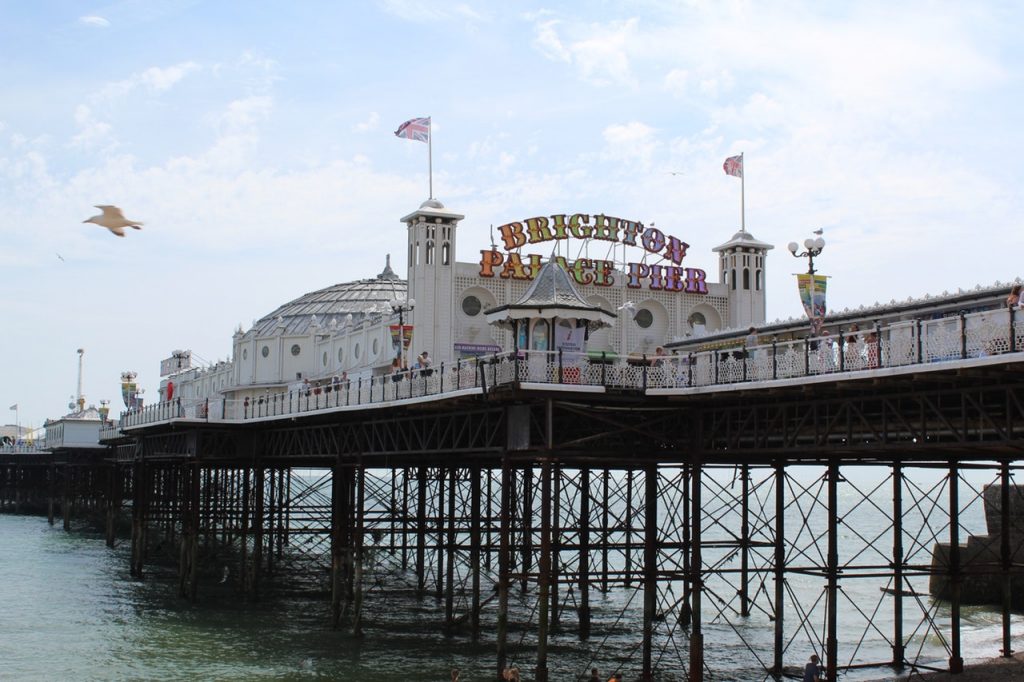 In November 2010 the Palace Pier was in the national news: or rather a man with balls of steal was, for flying over it! Professional kite surfer and health and safety antagonist, Lewis Crathern, benefited from 60mph winds as he made his spectacular, record-breaking jump over the iconic (not to mention freakin’ huge!) structure – and even had the wherewithal to nail his landing. You can see his remarkable feat of bravery and skill here.

Brighton and Hove Albion moved to their new Amex Community Stadium in 2011, the beginning of a stellar decade for the club. In 2014 they had their record unbeaten run: 22 matches from the opening day of the season to 19th December. In 2017, after losing out in the play-offs three out of four of the previous seasons, they finally clinched promotion to the Premier League, after a 2-1 win at home to Wigan Athletic. And with no FA Cup distraction anymore this season (positive spin), I’m sure we’re set for another season’s stay in the top flight. In June 2012, lifelong Brighton and Hove Albion fan Fatboy Slim had the honour of playing the first gigs at the Amex. His Big Beach Boutique 5 weekend also featured local support acts such as Car Cox and Nero. 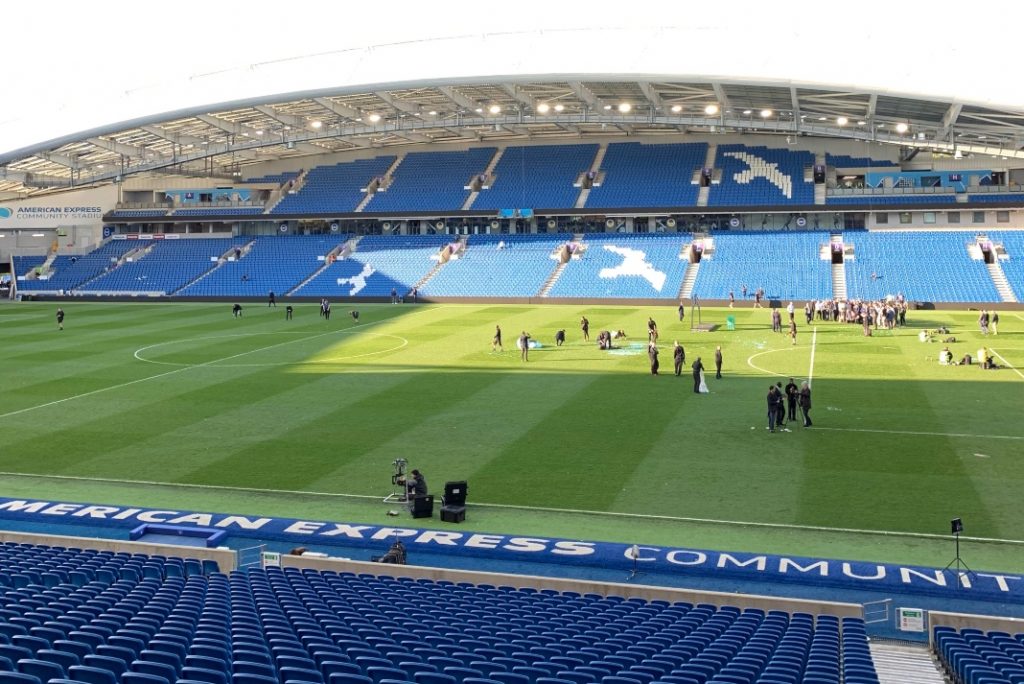 2014 was a year of structural damage for Brighton’s landmarks. In February part of the beloved West Pier collapsed into the water after 70mph winds and strong winds. A number of the main supports were swept away, and left the treasured metal skeleton split into two. Thankfully, it continues to resolutely battle the elements and remains a cherished fixture on the city’s landscape. Also that year, the seafront’s King’s Road collapsed due to the arches below falling in, partly due to having been neglected for too long. Workmen in the Fortune of War first discovered the “large depression” which no doubt (wait for it…), caused much (ahem) depression (thank you!) amongst local businesses, council workers, and fans of using roads.

On the 10th September 2014, little-known band The Holy Shits played Concorde 2, which resulted in the iconic venue being mobbed as fans clamoured get in. Why so much interest? Well, it turned out The Holy Shits was an alias used by Dave Grohl and his merry band of rock gods, the Foo Fighters. With true Grohlian cheek, they were playing the first of three secret gigs and delighted the intimate crowd of 600 with a mix of greatest hits and songs not always on their set lists. They even invited the singer of tribute band UK Foo Fighters up on stage to sing White Limo with them.

In 2015 there was a demonstrable show of Brighton’s humanitarian spirit, as 200 body bags were placed on the beach near the Palace Pier, to protest against what was seen as the UK’s inadequate response to the European migrant crisis. Amnesty International supporters zipped themselves in the bags in a well-orchestrated move, timed just before an EU summit in Brussels was scheduled to discuss the growing problem.

The same year saw the opening of Brighton Open Air Theatre. The theatre was the brainchild of Brighton playwright Adrian Bunting, and its construction was driven by his selfless gift to the city he loved. In April 2013 Adrian was diagnosed with pancreatic cancer. Before he died the following month, aged just 47, he ensured the posthumous realisation of a lifelong dream: a permanent open-air theatre for Brighton. He identified the ideal location, drew up designs, and bequeathed his substantial life savings to getting the project started. In May 2015, just two years after he died, Adrian’s legacy was complete, and his mother formally opened BOAT in Dyke Road Park. It has since welcomed 100,000 visitors and has become an established cultural landmark in the city.

The 22nd August 2015 saw one of the darkest days of our region’s past, when a Hawker Hunter fighter jet crashed on the A27 whilst performing at the Shoreham Airshow, with the tragically killing 11 people and injuring 16 others. It’s difficult to forget the devastating images of that awful day, and I’m sure I speak for many people when I say those lost, and their families and loved ones, continue to be in our thoughts. A memorial to the 11 men that died was unveiled last year near the site of the crash, affording people a focal point for their grief.

Also in 2015 was what has come to be known as one of the greatest sporting upsets in history: now known as the Brighton Miracle, and having been turned into a movie, the Rugby World Cup match saw Japan (at that time, the team with the worst World Cup record in history) take on the might of South Africa (rugby stalwarts, World Cup big boys, two-times champions, and overwhelming favourites). As you can probably work out by this paragraph’s preamble and it’s woeful lack of suspense, Japan defied all the odds, and through the tactical genius from then coach Eddie Jones (cue us good old Brits, who then went in and nabbed him four national squad) and bullish spirit of the players, won the pool match 34-32, giving underdogs the world over a reason to believe. 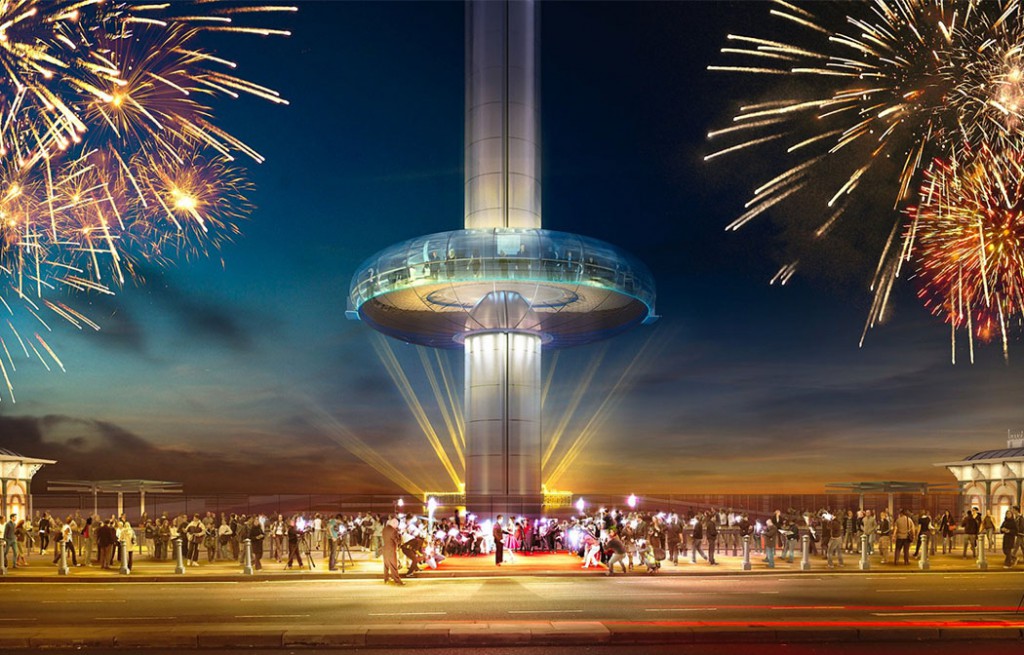 After the controversy and a whopping £46 million, the British Airways i360 (aka “the donut”, aka “the pole”, aka “the donut on a pole”) took its first “flight” on 4 August 2016. Designed by the same architectural team as the London Eye, the beachfront tourist attraction offers visitors 360-degree views of Brighton, the South Downs and the English Channel from 138m (452ft) above the ground. (The full height of the observation tower is 162m (531ft), for all you fact fans). It may continue to divide opinion, but it undoubtedly offers people an alternative and spectacular view of our city, and even offers local residents half price tickets. Don’t forget your camera. 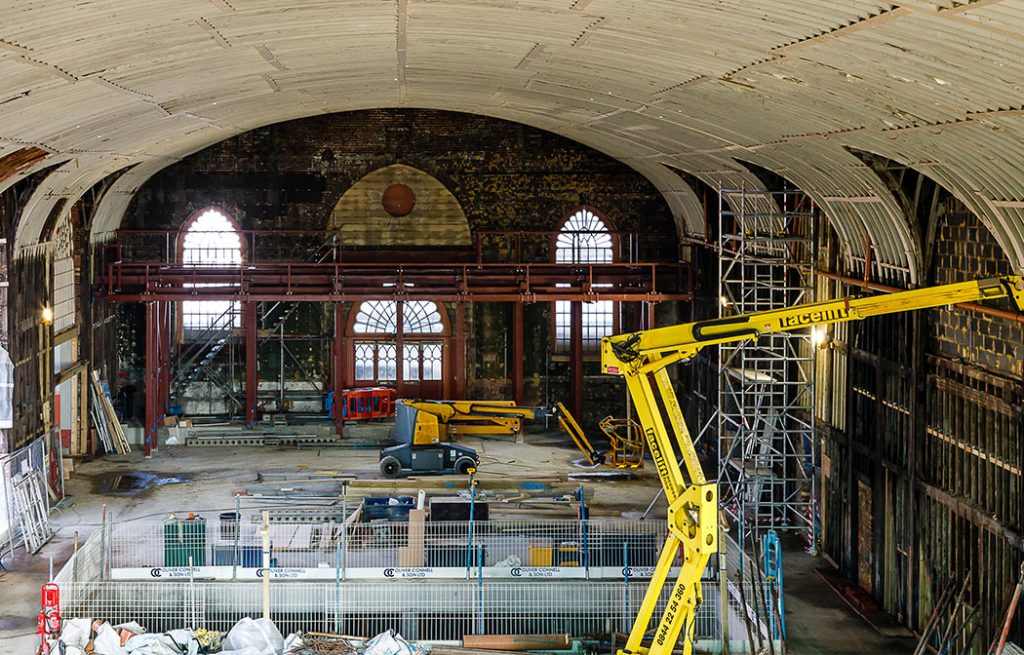 In 2017, in a story that could be lifted from an episode of Midomser Murders, the ongoing development of the Corn Exchange was halted due to workmen discovering what my Mum would excitingly refer to as skellies (we’ve asked her to seek help) underneath what was previously one of the venue’s conference rooms. Ten graves were eventually uncovered, and it is thought it was a 200-year-old Quaker burial site, dating from before the Royal Pavilion Estate was built. Restoration did continue after this grisly episode, but has subsequently been stopped more indefinitely after the building contractors managing the refurbishment ceased trading. Fingers crossed for a happy resolution sometime this decade…

Britney Spears performed her Las Vegas show Piece of Me at Brighton Pride in 2018 in front of a record-breaking crowd, and to great acclaim – although it’s unclear if she’d remember that, as she famously seemed to forget where she was! In front of a crowd of 57,000 at Preston Park she turned to a backing singer and asked “where are we?”, before turning to her cheering fans and roared “What’s up Brighton Pride?” #awks! (I’m not sure what that means, but am told it’s apt here).

September 2018 saw the start of the Valley Gardens debacle – I mean, redevelopment scheme – which was (seemingly rather optimistically) anticipated to be completed in two years, finishing in September this year. As you may suspect, I’m not a building contractor, so my prediction may be wrong, but I’ll wager up to £6 that it won’t be finished by then. I’m sure once it is finished it will be wonderful, and people will frolic about without a care in the world, as so gaily depicted in the project’s original futuristic drawings. But in the meantime, us drivers have to suffer an unnavigable mess of confusion, whilst the council cheekily take advantage of such discombobulation, and readily hand out driving violation fines as if the traffic layout is crystal clear, and any driving errors are due to us willingly flouting the law, as opposed to the rank confusion bestowed upon us by inept planning. And the poor people that live and work fronting the area, will continue to enjoy unbounded views of fluorescent barriers, trenches and high-vis jackets for the foreseeable future. Ahh, the future…

They are some of the highlights and lowlights of the last ten years for our fair city. But what have we missed? What are your memories? Send any suggestions to our Facebook page, and the best ones will get added with you getting full credit (unless it’s too good, then I’ll add it and steal the credit for myself…).

ABOUT US
BN1 Magazine is the leading source of entertainment and lifestyle news in Brighton & Hove. From comedy and theatre to clubbing, music and festival line-ups, we cover a range of events across Sussex and beyond. We can help you find a fabulous vegetarian restaurant, catch an amazing new band at The Great Escape and see a hypnotising performance at Brighton Fringe. Sometimes all in the same weekend… Whether you’re a student and new in town, trying to pack plenty of family fun into a visit or a local planning a massive night out, we’ll tell you everything you need to know. From pubs and bars to art and shopping, it’s time to kiss those lonely blues away in one of the world’s most interesting cities.
FOLLOW US
© Copyright 2019 BN1 Magazine. All Rights Reserved. > Privacy Policy
MORE STORIES
ART & DESIGN