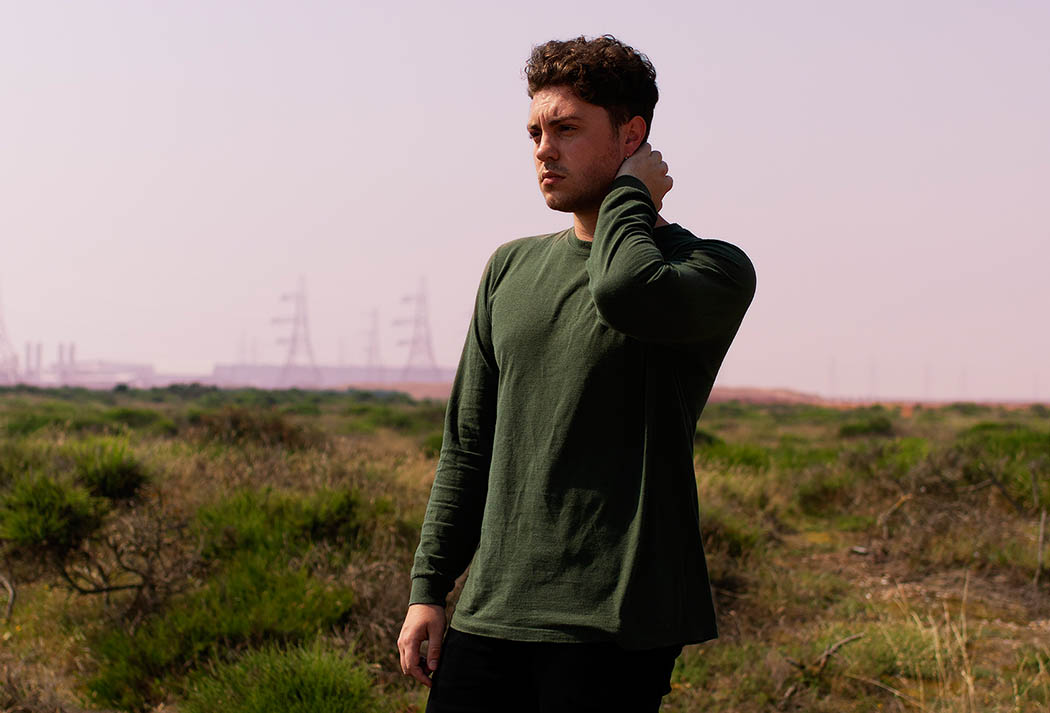 Following the announcement of his debut album ‘Novemberism’ with the title track’s premiere via The Fader, 23 year old Brightonian Oliver Spalding has now dropped the very beautiful Bow Creek from the album via Clash and it’s another outstanding calling card for a bold new singular artist.

With Bow Creek, Spalding has hit cruise speed. “The mood of the song was inspired by the twilight lightshow of Canary Wharf’s towering buildings and the gentle twisting of the DLR…” he says. It’s a homage to hazy late-night London with cool basslines, iridescent synth stabs and lush strings behind Spalding’s soulful, smooth-as-silk vocals.

Recalling The Blue Nile in its cinematic scope, Bow Creek drives and glistens with intoxicating pop hooks and 80’s era synths yet, like other tracks on the album, is laced with a common thread of heavyheartedness. Novemberism means ‘To be melancholy all year round’ and this is an album that plumbs deep melancholic depths previously trod by the likes of Mark Kozelek, Nick Drake and Tom McCrae.

“The album focuses on a certain period of time in my life and the things that happened around me,” says Spalding. “My honesty in songwriting is key. The aim of this album was to be raw and emotional. Emotions are scary and no one wants to face them, and that’s what I wanted the album to feel like – something that is uncomfortable but also beautifully revealing.”

Written and produced with Novo Amor’s Ed Tullett, the album is both delicate and striking, a masterpiece to truly cherish and as the cold sets in this November, Spalding’s staggering voice and lush emotive soundscapes will lend themselves perfectly to either indoor contemplation of the year past or likewise expansive ice-covered outdoor exploration in the wilderness. Novemberism will be released in digital and CD formats as well as a 180 g white vinyl LP with a free CD enclosed (pre-order via the Monotreme Records webshop)