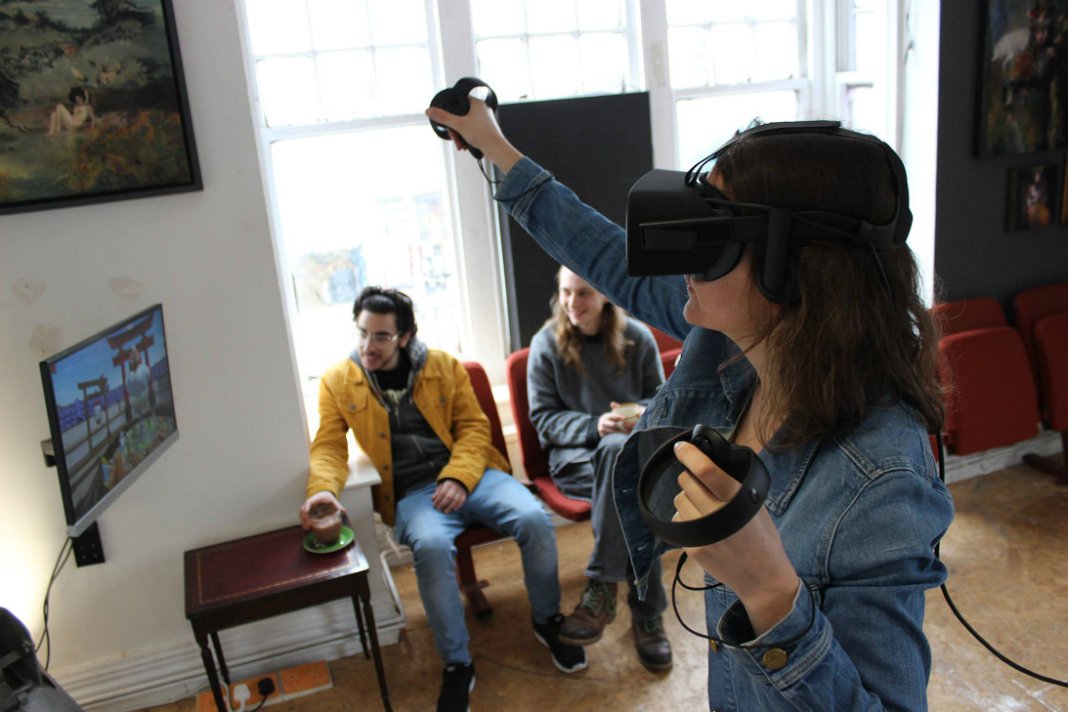 A virtual reality café has opened its doors for the first time offering the ultimate gaming experience to the public in Brighton & Hove. After two years of running pop-up events in almost 20 different venues around the city, the GOVR team has now settled on the first floor above Presuming Ed Coffee House on London Road.

The VR company aim to bring the best VR games of the year, including ‘Fallout 4 VR’ and ‘Skyrim VR’ as well as the award-winning MakeReal’s ‘Loco Dojo’ made in Brighton. Launched in 2017, two college friends turned business partners of GOVR believe the new stage for the company coincides with the growth of the VR entertainment industry.

Gianandrea Manfredi, co-founder of GOVR, said: “What we’ve been saying with our pop up VR events is that you can deliver high-quality VR experiences in an affordable and inclusive way. The new VR café is our opportunity to prove it and shake things up.” 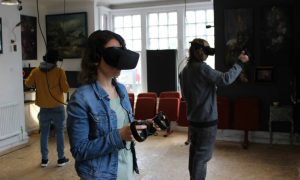 VR can be an expensive VR venture to get in to as a software developer. GOVR say companies are doing their best to bring down the entry cost to VR, but VR arcades like theirs offer VR in the most accessible way.

Mr Manfredi also said a lot has changed since they first started carrying their home computers to the pub down the road for pop up events. “People’s appetites for VR has changed a lot since then. People coming to our events want something more than a quick adrenaline rush, they want something they can really sink their teeth into.”

GOVR café features four VR play areas within a quirky and comfortable café layout. The computers powering the headsets are placed on wooden shelves, with the walls featuring artwork made by local artists.

GOVR will also continue to host gaming nights, tournaments, and networking events, which have been hugely successful over the past two years of activity. The team host ‘Tenner Tuesdays’ every week, offering an hour of VR for just ten pounds per hour. It is also worth noting the company’s VR space is also available for hire for events, birthdays and launches.