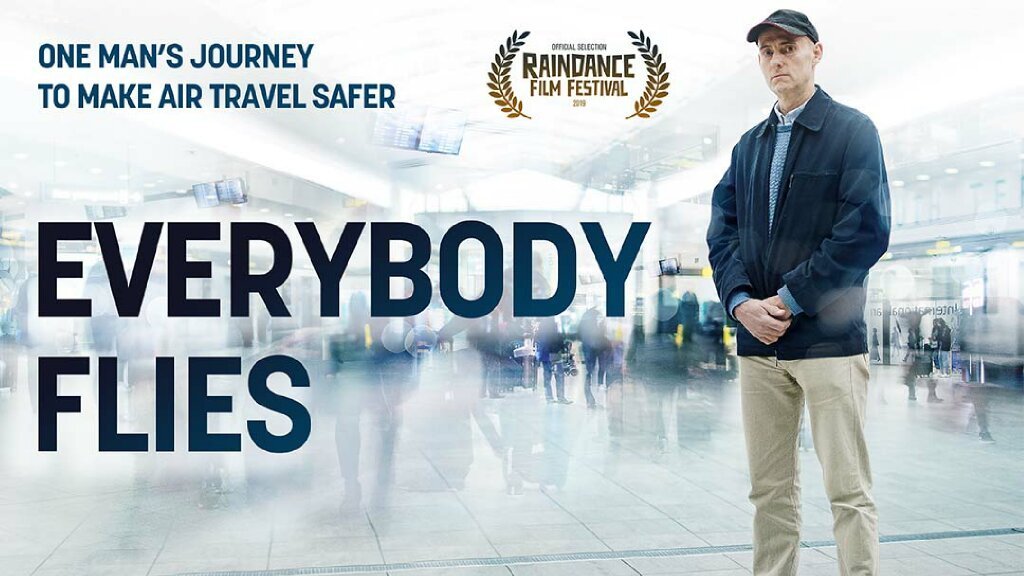 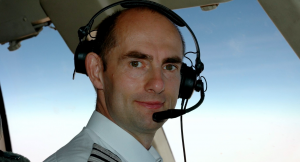 “Air travel is predominantly the safest form of transport,” Captain Tristan Loraine tells me. “But we have a design flaw, which is a flight safety and public health issue, and we need to fix it instead of denying it.” Learning to fly at 17 whilst studying in Northern Ireland, then continuing pilot training at the Sierra Academy of Aeronautics in California, Loraine worked as a captain with British Airways until he was ill-health retired in 2006.

As such, he’s ideally placed to talk about the one issue in air travel which deserves wider conversation. There’s compelling evidence suggesting that the air we breathe inside aeroplanes can become contaminated.

Across his flight career, Loraine says he experienced numerous air fume events. “I’ve landed on emergency oxygen and felt like I’ve been hit over the head with a baseball bat. Nobody will make the link back to the plane.” Recently, he has been highlighting this problem in a documentary, Everybody Flies. This investigative film reveals previously unseen documentation, scientific facts, and personal testimonies around the hidden issue of cabin air quality.

Aircraft fly extremely high as thinner air enables optimum operation for jet engines, and in turn reduces costs through improved fuel efficiency. High altitudes are not a particularly hospitable environment for humans, who are just trying to watch a film, flick through the in-flight magazine or have a snooze on the journey. So, to provide them with a comfortable atmosphere, air is pumped into the cabin.

At the dawn of the jet age, this air was pushed into the cabins using isolated systems. These were heavy and soon considered a needless cost. In the 50s, it was decided to divert air away from a system which already existed on the aircraft. The engines.

Compressed air is taken from jet engines, prior to its use to burn fuel. Known as ‘bleed air’, this serves a variety of functions, including engine cooling, maintaining hydraulic systems, ice control and maintaining cabin pressurisation. In normal circumstances, the practice of diverting breathable air from the engines into the cabin is entirely safe.

Problems arise when the bleed air encounters contaminants, such as heated oils or hydraulic fluids, after seals start to erode inside the engine. These contaminated air quality events manifest in the cabin in several ways, ranging from a foul smell to clouds of smoke. The potential dangers of oil fumes are already recognised at earlier points in the supply chain. The products’ containers carry a clear warning about their toxicity and the risks posed by prolonged exposure but there’s been little public discussion about any potential impact of these products on aircraft passengers. Understandably, an industry is often cautious about any disclosure which could damage customer confidence. A third of British exports are related to aviation. 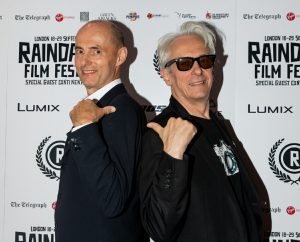 Premiered at Raindance in September 2019, the subsequent cinema release for Everybody Flies was cruelly curtailed by Covid restrictions. “In aviation terms, the film is on hold…” Since the film’s initial outings, Loraine has hosted a conference which, with 1,800 registrations, was the biggest ever to take place around the topic. “A really important thing happened,” he tells me. “I did two polls at the end, saying: ‘Do you think the industry and its regulators should mandate the use of air filters and sensors?’ And 94% voted yes.” He’s quick to counter the idea airlines are solely at fault, although poor management has not benefited this intricate issue. “They don’t want this problem. They certainly didn’t ask for it.” Much attention is focussed on the carriers, instead of the engine or airframe manufacturers where this problematic design quirk originated.

Many obstructions to constructively addressing issues around cabin air quality arise from the industry being broadly self-regulating. And there seems to be a lack of representation for pilots or flight attendants amongst the British and European regulatory bodies. It doesn’t take an expert to understand this kind of experience could be invaluable when confronting any flight safety concerns. There are also comparisons to be found with the mid-20th century tobacco industry, with shared aversions to fully investigating any potential dangers inherent in their products.

Often real change is dictated by market forces and customers remain the most powerful voice. Alerting the public to the issues around air contamination is what has compelled Loraine and his team to produce Everybody Flies. It aims to enable better decisions and capture consumer attentions. “People do drugs, they smoke, they don’t look after their health. It’s a free choice, what you want to do. But… I think people should be able to make an informed choice. Especially, if you’re pregnant or already have health issues.” The issue is large and complex. There’s also a general reluctance amongst aircraft crew to report issues around air contamination, which has potentially impacted available data.

He estimates around 99% of fume events are not logged with the Civil Aviation Authority. Obviously, if a compartment is flooded with smoke, concerns are raised. But events are not always so easy to detect, or log. “I was sitting with a union person, and I asked, ‘Why will my colleagues not write about contaminated air events? It’s affecting flight safety and their health.’ He turned to me, and said, ‘You’ve got to think, you’re asking to report something which is ultimately going to affect their salary.’” The knock-on effects of delaying an aircraft for an inspection can be astronomical. Not only financially, but in terms of people missing onward flights or displacing assets internationally. You shouldn’t underestimate a crew’s reluctance to bring chaos to a finely tuned system. 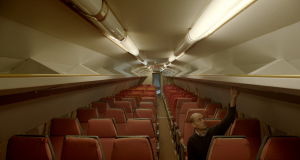 There’s certainly a lack of empirical information on the air quality on planes. Flight data is an important part of safety, and operators constantly monitor it to highlight any exceedances and potential risks. A pilot can tell you the temperature outside the plane, the temperature inside it, or even the temperature of the fuel, but can’t make an official assessment of contaminants in the cabin.

Aviation has fixed many problems over the years. In the 90s, a Boeing 747-100 exploded and crashed just minutes after take-off. Investigators found a potential issue with the plane’s fuel tanks. To address this, it was decided to inert this system on wide-bodied aircraft, removing oxygen using an air-separation unit. It was later found these modules were not reaching the end of their expected operation life. The reason was oil fumes in the air causing corrosion. So now, this supply filters out volatile organic compounds to save money. Unfortunately, passengers are not afforded the same air quality.

Loraine suggests fitting a cabin-air filter system on narrow body aircraft would cost around $75,000, with additional maintenance costs. On an aircraft worth over $1 billion, that could seem like small change. Especially for an industry which sees delays cost billions each year, some of which are caused by poor cabin air quality. It is possible to achieve. At the time Loraine retired, he was flying 757s, and noticing oil fumes during journeys. When those same aircraft were sold to DHL Aviation, similar problems arose. When the issues were raised with the Unite union, the company’s management installed filters to protect flight crews.

He’s now finishing off a new film, which focusses on the ill-fated Flight 965. Travelling between Miami and Colombia, the aircraft drifted off-course, and eventually crashed into the side of a mountain. The investigation concluded the tragedy was due to pilot error. Yet, data collected by the aircraft’s flight recorder shows there was an oil leak in the left engine. “You might think: ‘What does that matter?’ But all the air the pilots breathe comes from that left engine. It’s totally plausible these two guys were impaired.”

The top foreign films you may have missed

Captain Loraine suggests an air event could be a contributory factor in more air incidents. Starving the brain of oxygen, contaminated air can cause serious impact upon cognitive function. “You’re not allowed to take any prescribed medication unless it has been checked by the CAA. You can’t drink, you obviously can’t take drugs, but they’re quite happy to expose you to chemicals which will impact your ability to think.” Although far from ideal, a temporary impairment should be manageable in most normal circumstances. When situations become complex or chaotic it offers a significant effect upon a pilot’s responses.

There is glacial change coming to address this universal issue, in part thanks to Loraine and Everybody Flies. The drip-feed of information is raising public concerns and generating media exposure. Britain’s Green Party are looking for mandated introduction of filters and sensors on airplanes.

The Air Accidents Investigation Branch has twice recommended changes be made to monitoring of cabin air supply. Alongside this a British firm has developed a sensor array, which should be certificated this year, that can detect varying levels of several possible pollutants. Currently, easyJet are looking at deploying filters on their fleet, while an American manufacturer is moving quickly towards air trials with a total cabin air filtration system.

There have also been several legal actions, the most famous in Australia, which lasted 18 years and ended in a ruling that ‘inhaling heated engine oil is harmful to the lungs.’ In the UK, Unite, a British and Irish trade union which represents 1.4 million members in the construction, manufacturing, transport, logistics, and other sectors, has around 180 cases in the system, while America has seen an aircraft manufacturer settle several cases out of court for life-changing sums of money.

The one thing which truly tackles aviation’s inaction is consumer awareness. We implicitly trust airlines to carry us safely across the world. Loraine says it will only take one airline to have the ‘genius’ idea of filtering all the air on their airplanes, and they’ll have the best marketing advantage ever. “You go on an airline’s website, and you pay for what time of day you want to fly, snacks, where you want to sit, carry-on or check-in bags, pre-boarding, but nobody says: ‘Do you want to pay 50p more for clean air to breathe?’”