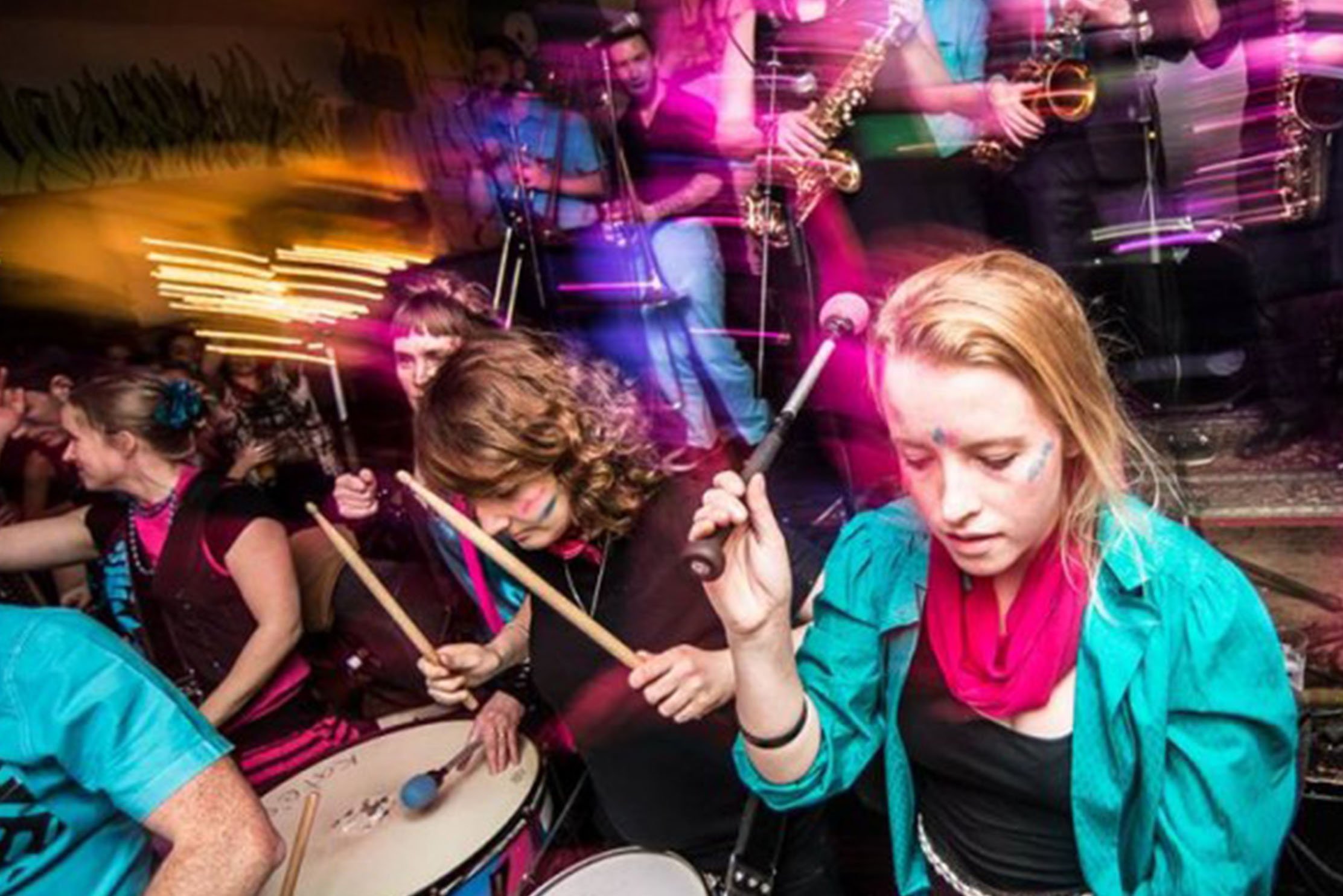 Carnival Collective, Brighton’s infamous ’21st Century Big Band’, is putting on the party of the quarter century to celebrate their 25-year journey. From carnival street band to ‘drum and bass orchestra’ and Brighton’s biggest, baddest, glitteriest party band, they’ll be bringing a non-stop party to both Coalition and Komedia on Fri 29 Nov.

They’re also welcoming several amazing bands whose members have been part of their journey. Special guests include: Bring Your Own Brass [London], Along Came Shifty, SambaYaBamba [Glasgow], Boogalooniverse, Bloco Branco, Sambaoke (mass karaoke with a live samba band!), Roxalas, Barulho plus a range of  DJs! 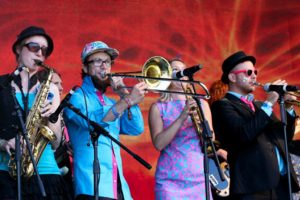 As the first session finishes, the audience will then follow a marching Samba band through the streets of Brighton to the evening’s second venue, Komedia, where it’ll be having it from 11pm until late. There’s also the promise of merch, cake, glitter, prize giveaways and some surprises. 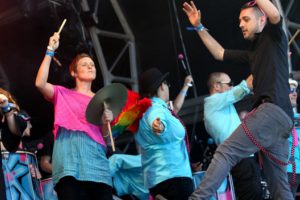 Carnival Collective are proud of their history in the city, as an inclusive, not-for-profit, community-interest group, collectively organised without management.

Over the last 25 years they’ve released several albums, and played gigs, events and stages across the UK and further – from Glastonbury’s Shangri-Hell Stage to Brighton Pride Main Stage, from Bestival’s Caravanserai to Glasgow’s Encontro. In 2019 they also won a place on Funk and Soul Weekender’s Main Stage with a public vote of over 3000. Carnival Collective are a Brighton phenomenon, and something worth celebrating.

Tickets to both venues and are available right here.