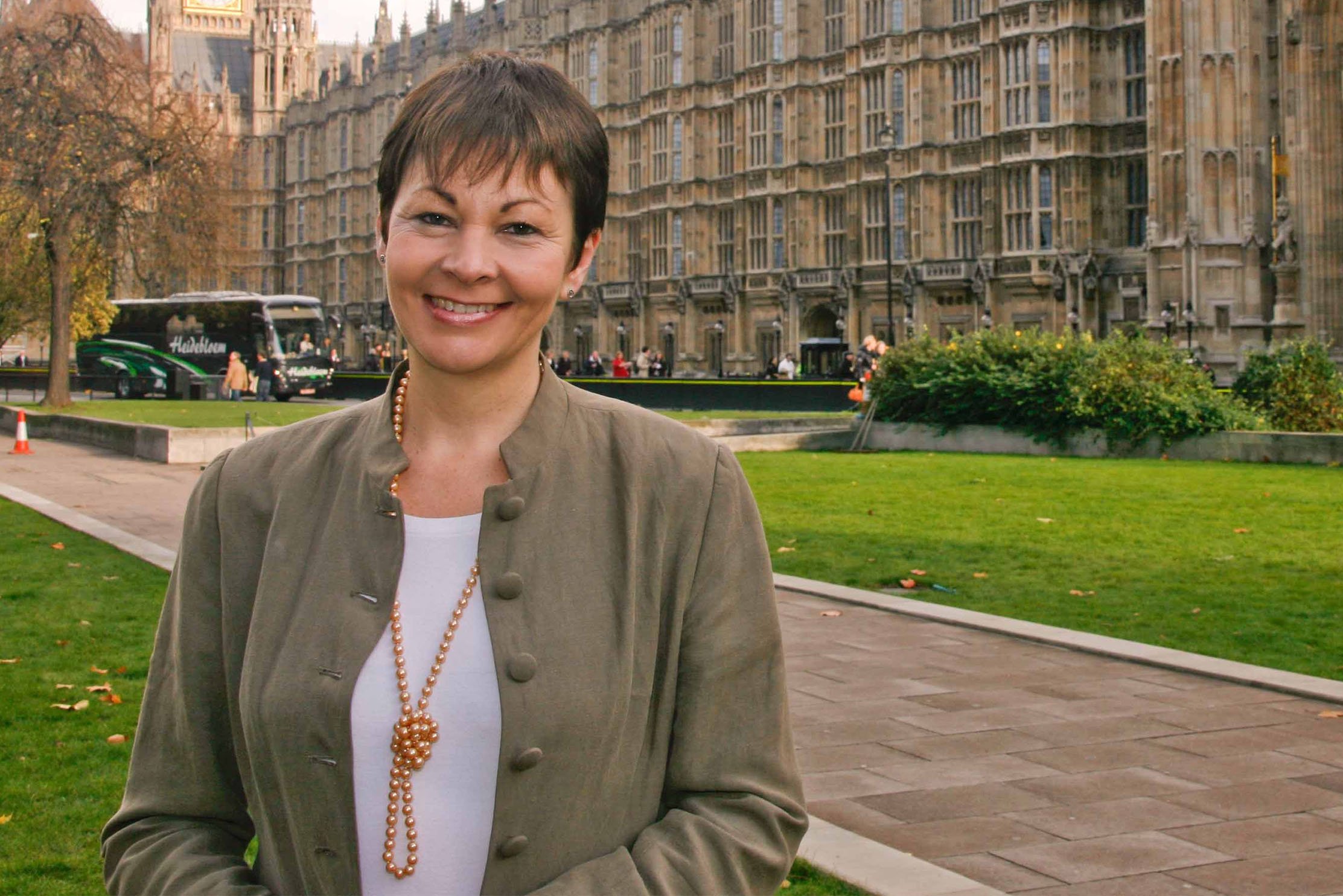 Caroline Lucas on hope in an age of lies

There ought to be laws on politicians lying. They ought to be held accountable for deliberately misleading the people they are elected to serve. Political campaigns ought to have a higher benchmark than the Advertising Standards Authority. These keep UK advertising “legal, decent, honest and truthful”. But no such standards are required of politicians. They can print what they like on a bus and say what they wish on TV. Because the truth isn’t what people voted for. They elected a professional liar as Prime Minister. A man repeatedly sacked from jobs for inventing fiction that serves his own inflated ego. Even the leader of the opposition, an ex-human rights lawyer no less, is busy misquoting his predecessor and failing to make good on his pledge to be the ‘unity candidate’.

So, it is of zero surprise to anyone that trust is the casualty of this trend towards fabrication. After Dominic Cummings won fame as a manipulator of the Brexit referendum, he admitted that he used a fictional tale of funding the NHS to tip the vote in his favour, as it was an ‘emotive’ issue. The truth wasn’t even a consideration. Winning is all that is important. His shameless defence of the infamous Barnard Castle eye test in the pandemic marked a new low in the ever decreasing trust the public have in politics. And when he finally did leave his post, it wasn’t the scandal of lying that brought him down, it was in-fighting and political power play. Scandals are dead. There is no shame in deriding experts or facts, or being caught out for dishonesty. The more brazen, the more bullish, the bigger the rewards.

Apathy is an entirely understandable reaction. However, record turnout at the recent US election shows that there is hope. Enough people are sick of alternative facts and polarised deceit. And with the UK facing its biggest economic challenge in history with the double barrelled Lockdown and exit from the EU, it may be time that the nation began demanding better standards from their representatives.

Here in Brighton Pavilion at least, it could be argued that the electorate are an outlier for better things to come. Since 2010 Caroline Lucas has represented the constituency, gaining a vastly increased majority in the subsequent three General Elections. And her atypical approach to facts and reason are key to her success.

I’ll admit I wasn’t ready for the interview. We’d been due to talk the previous day, but Boris pulled one of his last-minute statements where he aims to play Churchill over the Coronavirus’ ‘Battle for Britain’, but ends up delivering his standard wallop merchant bluster of unfathomable rules and a fourth attempt at selling the light at the end of the tunnel. A tunnel he himself created with a woeful initial response to the pandemic in the first place, it should be noted. So, my MP rightly needed to be across this newest set of restrictions and their impact. And in my own personal freelance juggle to stay afloat in this crisis, I missed the new time for the Q&A for this article.

Fortunately, Caroline is on top of things and proactively sources my mobile number and calls me – choosing to empathise with the problems freelancers face rather than call out my failings. “We are not in the same boat”, she says “we are in the same storm, but vastly different boats”. It’s a small thing, but typical of an empathetic approach that regularly sees the MP pack a punch beyond her position in Parliament. As a lone Green voice in Westminster, she is heard more regularly than so many of the 649 other MPs elected. She says herself that she doesn’t fit in with the “grey suits of Westminster” which is exactly “why being there matters”. We immediately launch into a discussion of representation, credibility and how “the vast majority of people I speak to in Brighton have had enough of the way politics is going in our country.”

My current obsession is democracy itself. I ask her how she feels about the Conservatives receiving three-hundred and sixty-four times as many MPs on only sixteen times as many votes? Frankly, I’d understand a laugh, a despondent resignation, or a furious tirade about first-past-the-post (FPTP) being a wildly unrepresentative system that disenfranchise over half the electorate. But whilst Lucas is passionate about the need for proportional representation (PR), her response is positive, immediate and pragmatic.

Any MP can ask how we can change things.” she says. An advocate of raising questions in Parliament, early day motions and an active involvement in committees, helps redress the huge imbalance suffered from under representation of a Party which would have 17 Green MPs under a one-person-one-vote system. The Tories would also not gain the majority they enjoy under PR, losing a whopping 80 seats). But Caroline doesn’t focus on this huge disadvantage and takes time to give credit to a Conservative MP, Mel Stride, Chair of the Treasury Committee for listening to her concerns about the inadequacies of the furlough scheme, support for the self employed, the “immoral” public sector pay freeze and the case for Universal Basic Income. She credits this cross partisan approach for some gains and continued pressure on Chancellor of the Exchequer, Rishi Sunak, to help those challenged by the impact of the pandemic.

She agrees the government are culpable for the poor response to the virus that has seen the UK suffer the worse death toll, the most cases and the biggest economic impact in Europe. We discuss the specific warnings Andrew Lansley was given when his controversial Health and Social Care Act decimated the UK’s actual ‘world beating’ pandemic response in 2012. The fallout of his ‘work’ resulted in ‘Exercise Cygnus’ in 2016 highlighting the country’s inability to face what the UK government had long cited as among the country’s greatest security threats in successive National Security Strategies.

Because public opinion of the risks of a pandemic was less concerned, Conservatives laid the groundwork for a poor response that was only fuelled by the Prime Minister missing five Cobra meetings. His U-turn on the chosen response of herd immunity was equally fuelled by public opinion rather than a concern for the death toll that such a policy would create.

This feeds into a rich discussion of culpability and the broader theme of where governments’ relationship with credibility affects their authority. From the Internal Market Bill, through the prorogation of Parliament, broken ministerial codes by Priti Patel and birthday trips to Barnard Castle. The problem of “one law for government” and one law for the public is that it is “corrosive” to the very authority of law itself. “Trust has dropped since Easter” she says. Trust in the state has “evaporated”.

Pretty damning stuff. But hard to refute. Particularly in light of the blatant cronyism involved in the contracts given to Tory donors for PPE and Covid-19 related supplies. 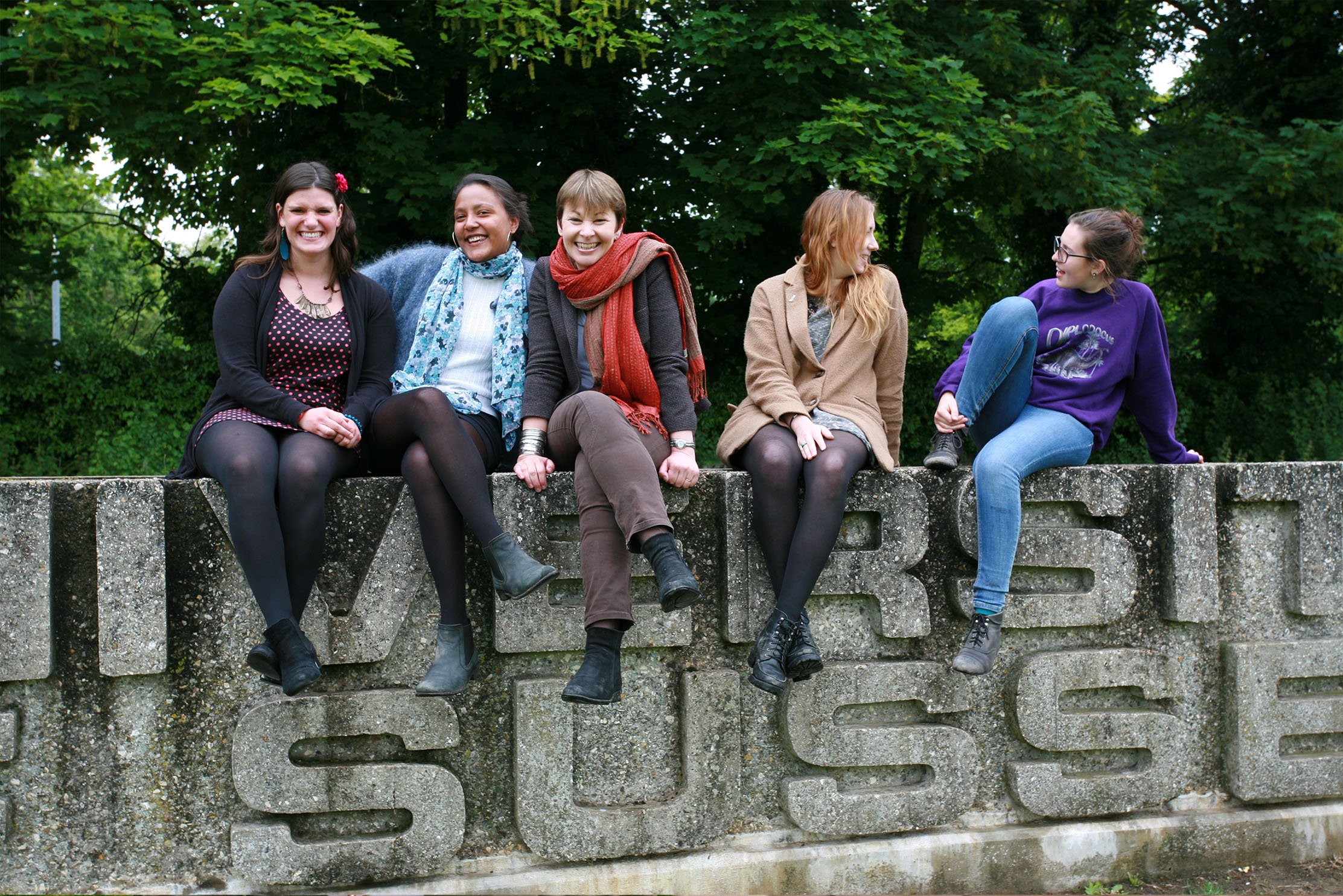 Her involvement in The Good Law Project, addresses this head on. The website states that “we cannot allow the Government to evade scrutiny. That’s why, along with a cross-party group of MPs of Debbie Abrahams, Caroline Lucas and Layla Moran, we have issued judicial review proceedings over the Government’s persistent failure to publish the details of the contracts.” Calling into question the lack of transparency of £3 – 4 billion of private contracts at a time when local public health are doing a much better job at fighting the virus.

What is particularly poetic about this much needed action is that it uses the law to oppose a government that has become used to riding “roughshod” over it. For a party so dominated by an idea of parliamentary sovereignty, the Conservatives have become accustomed to attempting to deny Westminster its process in law making.

“Our mission is to achieve change through the law. We defend, define and change the law to uphold democracy, protect the environment and ensure no one is left behind” is the leading statement from the website. It marks an evolution in the activism that saw Caroline Lucas become Leader of the Green Party in 2008.

Apply for a Superfused Music Business Grant at MDDI and DRIVA

Having successfully won legal cases in arrests for peaceful protests against fracking and the Trident nuclear programme, as well as supporting defence of protesters that sabotaged WMDs bound for use in Gaza, she has not been afraid to put herself on the front line for human rights and representing causes she is passionate about.

The increased majority in Brighton shows an endorsement of her capacity to represent progressive ideas and speak plainly about her beliefs. Unlike so many other politicians, Caroline is vocal about what she stands for and never evades direct questions. The quality of her answers is both clear and considered – something so often lacking in MPs who opt for political doublespeak.

She talks of fake news and the progress being made in Finnish primary schools to teach children how to spot lies on social media. How education is key to a better future. Given the question was provided by my 13-year-old daughter, this seemed particularly on point.

She talks of ten years of Tory austerity, and all the things we were told governments couldn’t do suddenly being available to the Conservatives when the pandemic exploded. The impending rationale that asking the poor to pay for the pandemic and Brexit, with more austerity, rather than taxing the rich and providing governance over capitalism is untenable. We discuss the economics of universal basic Income and other progressive ideas that keep money in a country’s economy rather than in offshore accounts.bAnd, of course, we discuss the mass extinction-level event that we are now in, due to climate change and poor environmental decisions.

In 2008, Lucas joined an alliance of experts in finance, energy and the environment that coined the phrase Green New Deal, which ‘plans investment in green energy, provides greater regulation of the finance sector, and strengthens ties between environmentalist, industry, agriculture and trade unions’.bIn all of this, Caroline Lucas is engaged, responsive and open in her approach. Actually listening and providing on the spot discussion like, well, a normal human being.

Despite a huge workload representing nearly a million votes in Parliament, (and who knows how many more would vote Green if people didn’t vote tactically due to FPTP – what could a Green coalition achieve?) the student of English and Journalism, who joined The Green Party in 1986, continues to provide a huge source of hope for a future that appears otherwise doomed to environmental and human disaster. A legacy fitting of the daughter of a solar panel salesman.

As we finished the interview, that felt more like a chat with a smart and caring friend, I was left with a feeling that 649 more politicians like her in Westminster could actually save politics and even the planet. Then I turned on the TV and watched Matt Hancock do the exact opposite.

Caroline Lucas is the Green Party Member of Parliament for Brighton Pavilion. For more information, head to: www.carolinelucas.com