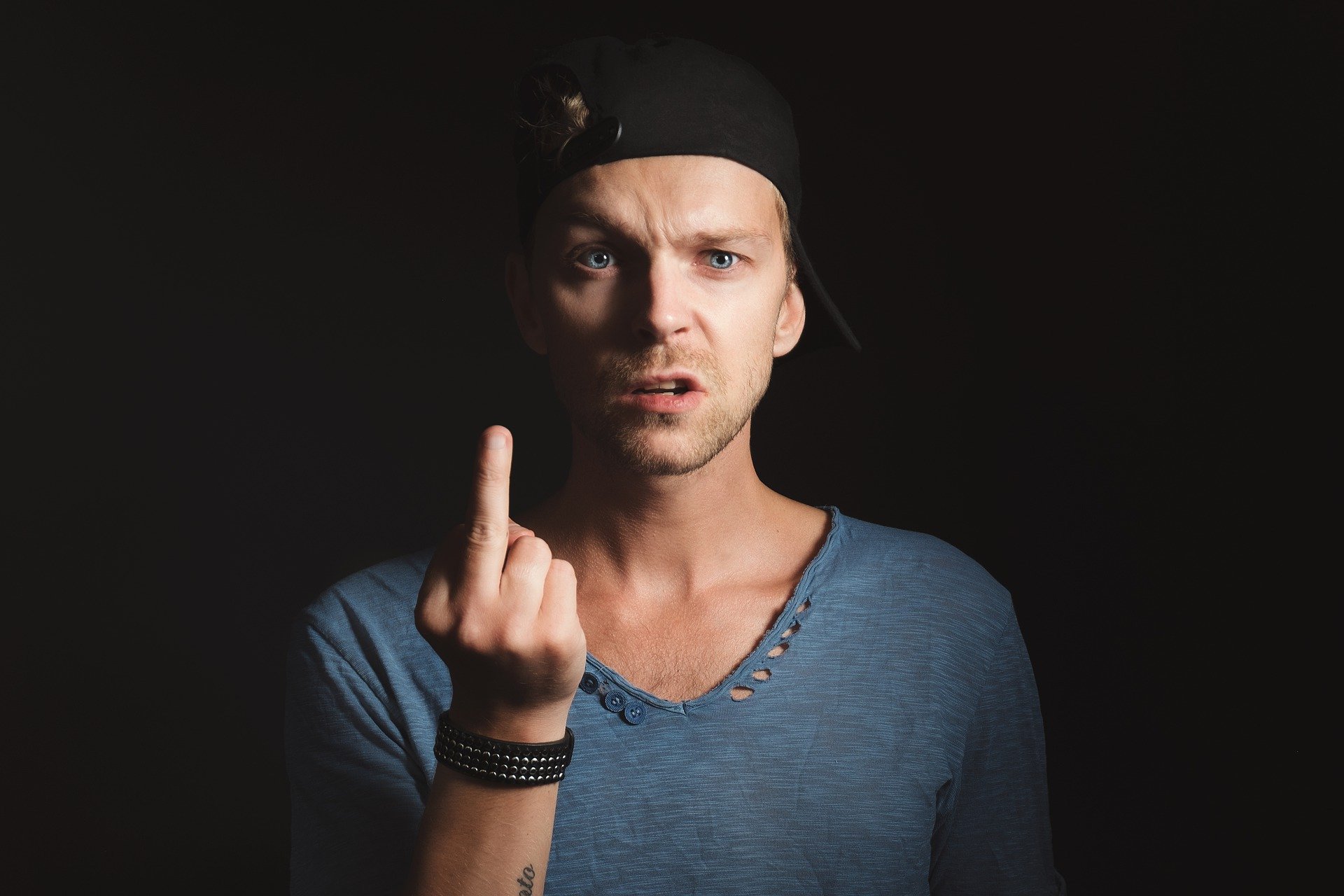 In light of the Prince of Darkness’ envoy to earth, Dominic Cummings, breaking all the rules he’s been so keen on the rest of the nation following (he’s right though, we all like to test our eyesight by driving our family to popular sightseeing spots), we thought it would be fun to see which other renowned names are behaving irresponsibly, ignorantly, or just flat out annoyingly during lockdown. If my neighbour across the road who’s still blaring music out loud despite several requests to turn it down were a celebrity, he’d be top of the list.

Gordon Ramsay
We’ve long since known that the leather-faced, foul-mouthed, professional swearer is someone who doesn’t give a shit about anyone else, but lockdown has truly confirmed how much of a selfish man this botox-ravaged kitchen monster really is.

Treating the current situation as some kind of holiday, he seems quite content to repeatedly flout the rules, and has been seen gallivanting from one home to another (he’s got several in Cornwall) – even before Dominic Cummings made it cool to visit second homes. Not only that, he’s also been pissing his neighbours off by making too much noise at his £4 million Trebetherick home, almost caused a car crash by cycling through a red light (I’m famous – traffic lights don’t apply to me), and has had to be warned by the coastguard, as someone that should be setting a good example but has seemingly spent the whole of lockdown sauntering around Cornwall like he owns the place (which he seemingly believes he does).

And to rub salt in the wound, whilst this arrogant coconut (all the letters of the word I want to use are in there) mooches around the country doing as he pleases, he takes to social media, presumably in the hope of winning this year’s World’s Biggest Hypocrite Award, to promote a Stay At Home video!!

What a great guy.

Bono
In yet another U2-based exercise in self promotion disguised as some do-gooder bullshit (remember when we all bought phones and devices, and they already had their latest tripe album on? Step one of installing iTunes – ensure there’s no shitting U2 on it!), rock God (well, in his own eyes) and caricature bell-end, Paul David Hewson, aka Bono (you just know he gave himself the nickname) has been writing thank you notes to 60 artists for some of their songs, to celebrate his 60th birthday.

Sam Smith
And speaking of self-indulgence, Sam Smith. I expect everyone has seen his posts of him crying on his front doorstep, crushed under the weight of his own self-importance – I mean, lockdown. Explaining himself, he said he was “trying to be as human as possible”. Sadly that suggests that being human these days means telling anyone and everyone that will listen every single thing you do and thought you have, no matter how banal, insensitive or downright insulting they may be: a thought or emotion doesn’t count unless it’s been validated by a certain number of “likes”.

And in that particular exercise in ego-fluffing, he thought it essential that all us regular folk who have it so easy, struggling to pay bills, constantly worried about our incomes and futures, trying to make the most out of the small spaces we live in, he thought it best that we know how tough he’s finding lockdown in his £12 million mansion and financial security.

And thank goodness he did let us know, otherwise we wouldn’t have been able to apportion a large part of our day to worrying about him, the poor little lamb, and liking his pathetic whiny nonsense on social media. And how could we live with ourselves if we knew we hadn’t liked something that had happened to him? Oh, that’s how – in cramped conditions and in a great deal of worry about real problems and genuine issues of concern, such as loved ones dying, the country being royally boned, and dickheads like him somehow, even in these circumstances, still thinking life’s all about him.

Mick Hucknall
As if we weren’t already staggered by the inexplicable popularity of Mick Hucknall and his dreadful band, Simply Red, they sweetly presented further bewilderment by deciding it was a good idea to effectively rank different races – I’m having to pinch myself as I write this to make sure I’m not having some horrific mushroom trip: can this have really happened??!

Sadly, yes. In what may be the first official case of lockdown-triggered insanity, the bird-nest-haired warbler decided he should Tweet what he considers to be the top five coolest cultures. And, in defending his racism he Tweeted, “I. Do. Not. Care. What. You. Think.” So, at least he’s recognised his actions and is taking on board that he’s essentially offended every culture in the world using less than 280 characters.

It’s all ‘About Balance’ in Brighton this weekend

Ellen Degeneres
With an estimated net worth of over $330 million, you’d be forgiven for thinking that the self-styled butter-wouldn’t-melt Auntie Ellen might be able to afford to pay her staff through lockdown. But oh, how naïve you’d be. It’s senseless of us to think that she’d want to treat people who work for her like, well, people, as opposed to disposable pieces of crap she seems to see them as.

Of course, if it were the case that she callously cast aside a loyal crew of over 30 people who have worked tirelessly for many years to make a “cold” and “mean” woman look like a squeaky-clean chat show Mother Theresa, all the while keeping her apparent bitchiness hidden from the world, that would be unacceptable. And if she then decided it would suit her needs better to hire a non-union crew to film her as she sits smugly in her $27 million mansion to preach to her flock, then that, too, would be utterly inexcusable. And imagine if, on top of that, she didn’t tell anyone in the original film crew anything about that, but just kept them in the dark the whole time? I mean, she’d have to be one hell of a piece of work for all that to have transpired. Not to mention all the other accusations of treating guests as inferior humans until they get on screen and she plasters on her trademark fake smile and blows smoke up their arses. Thank goodness none of that seems to have happened.

Gal Gadot
Don’t even get me started on Gadot! If you haven’t seen her excruciating destruction of Imagine, with all her Hollywood phoney chums, then be thankful and rest assured that your life is at least 25% better than if you’d have seen it. That’s right Gadot, you and your practiced doe-eyed sincerity have made my life one quarter worse – and it was already pretty mediocre to begin with! CELEBRITIES, PLEASE STOP THINKING YOU CAN SAVE THE WORLD OR WE GIVE A SHIT ABOUT YOU!!!!!

There are, of course, countless other fame-hungry celebrities who are being starved of attention at the moment, and so have deemed now the time to share their wisdom with the world. For example, the great grandmother of pop, Madonna (looking very much like Pete Burns after all his surgeries) thinking she’s some kind of prophet, and delivering her sermon from, yep, the bath. And even more cringeworthy, Vanessa Hudgens spouting her uninvited, ill-informed summary of global events in a skin-crawlingly misjudged video: “but like, it’s a virus? I get it? Like, I respect it, but at the same time, like, even if everybody gets it… like, yeah, people are gonna die. Which is terrible, but like… inevitable?” Beautifully said, Professor.

I’ve only succeeded in making myself mad. I’m off to burn some celebrity effigies.

And look up who the hell Vanessa Hudgens is.