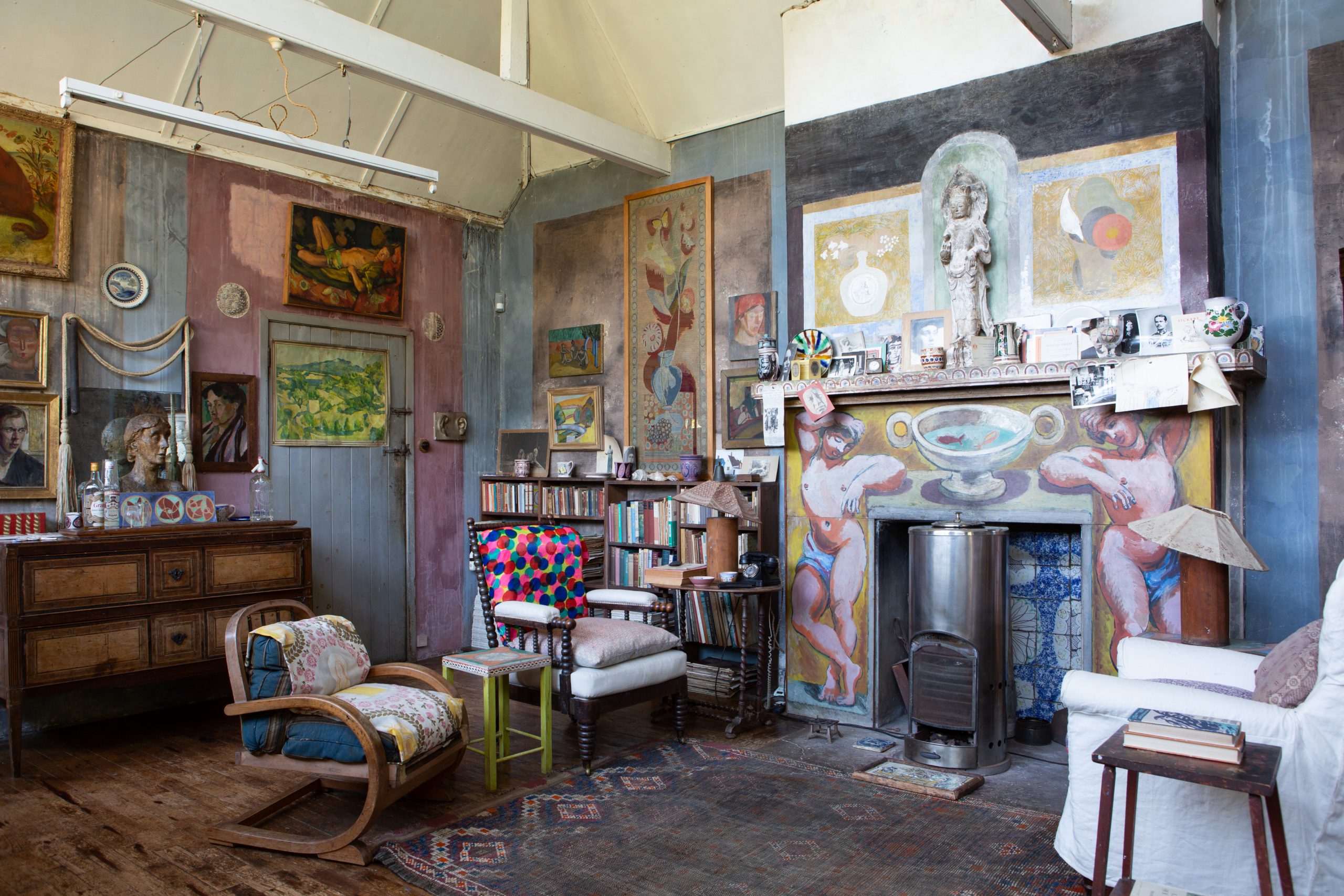 Charleston House offers an unusual chance to glimpse into the lives of the controversial and radical artists and thinkers who lived there for nearly 50 years.

Charleston House was painstakingly restored to how it was in the fifties by the Charleston House Trust after Duncan Grant died in 1978. It offers an unusual chance to glimpse into the lives of the controversial and radical artists and thinkers who lived there for nearly 50 years.

Vanessa Bell, sister of Virginia Woolf, moved into Charleston House in 1916 along with her two children, Quintin and Julian, the artist Duncan Grant and his lover David Garnett. Charleston House embodied the creation of an alternative domestic space, challenged conventional modes of living and provided a safe space for exploring gender, intimacy and sexuality. 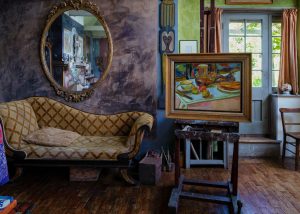 You enter the house through the kitchen. The aga is warm and a wooden table stands in the middle of the room. To the left is the pottery created by Quintin and to the right the stairs leading to Grace Higgins’ room. Grace served them as a maid for over 50 years; a plaque in the kitchen remembers her service to half a decade of English bohemian life. Although Bell and Grant were never rich, their place in high society allowed them to lead their creative lives away from the restraints of poverty. They used this freedom to blur the line between life and art, questioning societal norms and etiquettes of class.

The house soon became home to a collection of radical, experimental thinkers and artists. Vanessa and Duncan started painting the walls, the doors, the dressers and the tables immediately upon moving in. There was an unspoken rule that daylight hours were for reading, writing, painting or sculpting, which could be the reason for the substantial amount of work that was done within its walls. 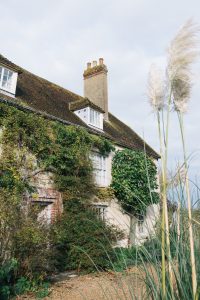 Remembering her first visit to the farmhouse, the writer Francis Partridge said, “I can only try to evoke the impression I got on first entering the hall as a visitor, the strong feeling of life being intensely and purposefully lived, of animated talk, laughter, brilliant colour everywhere, youth.”

The bathtub features Delacroix-inspired panels set around a painted reclining naked woman. The dining room is covered in geometric wallpaper, which Vanessa painted herself. The hundreds of books and bright fabrics add to this sense that they lived purposefully and passionately.

There is a tranquil atmosphere to the house. As you stroll from room to room, it is easy to imagine the inhabitants painting, discussing and writing. The house also tells a story of their personal relationships. In the upstairs bedroom, originally Vanessa’s, Duncan painted her a cockerel and dog above and below the window to guard her whilst she slept and to wake her up in the mornings. The relics of their relationships remain visible throughout the house in the sculptures and paintings they made of each other, the books and pottery scattered in the rooms. The comfort and ease they had with each other was evidently important to their ability to create uninhibitedly. 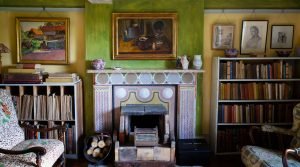 Charleston House became the hub for a myriad of artists, writers, translators and economists to gather together over the next 20 years. John Maynard Keynes, the economist, had a room upstairs and frequent visitors included Virginia and Leonard Woolf, E. M. Forster, Lytton Strachey and Roger Fry.

Vanessa’s son Quintin’s works are dotted throughout the house as lampshades, plates and cups. His not too redeeming sculpture of Virginia Woolf sits next to children’s paintings and drawings above the fireplace in the studio, itself overflowing with cigarette butts in an amusing restorative gesture. “It was here,” Angelica, the lovechild of Vanessa and Duncan, remembered, “that I felt the most important things would happen.”

Bell experimented with alternate forms of domesticity which particularly challenged the way women were told to act as mothers and wives. She used her art politically and was among the first to follow in the footsteps of European avant-garde artists from the rest of Europe like Vincent Van Gogh, as she made her works more abstract. She was often overlooked as a woman, despite being one of the most talented painters in the Bloomsbury group, but refused to let her gender define her. 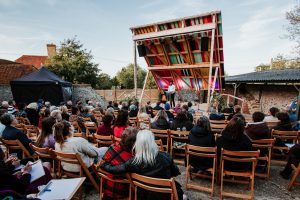 It was illegal to be gay under The Criminal Law Amendment Act 1885, which made any male homosexual act illegal. The law was worded so loosely it became known as the ‘Blackmailer’s Charter’; all that was required for prosecution was an affectionate letter between two men. On 2nd May 1969, Duncan gave his friend Edward Le Bas a folder marked “these drawings are very private” which contained over four hundred erotic illustrations. These intimate and sensual drawings were donated to Charleston House in 2020 after most assumed they had been destroyed. They had instead been passed down “through the queer community from lover to lover, friend to friend”.

The house is open from Wednesday to Sunday from 10am to 5pm. Tickets are £16, with concessions available. There are disabled and gender-neutral toilets as well as wheelchairs to use, but it is an old farmhouse so beware of steep steps.

From 2 April to 29 August 2022, the art installation Near Heaven by Langlands & Bell will show in Vanessa Bell’s attic studio, which overlooks the garden and is not usually open to visitors. Another exhibition in the south gallery, Absent Artists, explores artists’ studios in which the artists themselves are absent, through different mediums including paintings, drawings, photographs, sculpture and print.