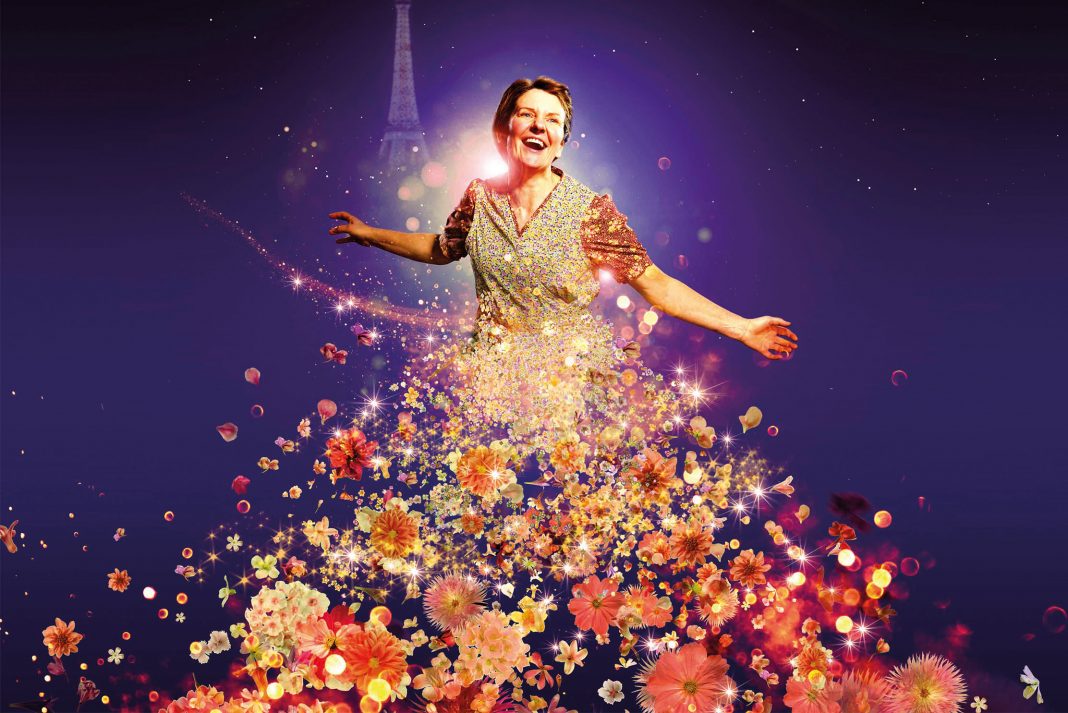 For the first time, Chichester Festival Theatre is to stream a selection of its archive productions online, beginning with the musical Flowers for Mrs Harris from Thurs 9 April for the Easter weekend.

‘We are delighted that, thanks to the generous agreement of all the artists involved, we are able to make Flowers for Mrs Harris available for people to watch for free at home,” said Daniel Evans, Artistic Director of CFT. “Initially, this was intended to be no more than an archive recording, but we felt that the themes of kindness and compassion might bring a bit of joy to people’s lives during these very difficult conditions.  While the T­­­­­­­­­heatre itself is closed, we are determined to keep working behind the scenes to bring theatre to people at home. Happy Easter from us all at CFT!”

Flowers for Mrs Harris is the story of Ada Harris, a char-lady in post-war London whose drab life of dusting and scrubbing is transformed when she glimpses a Christian Dior dress in one of her client’s wardrobes and sets her heart on going to Paris to buy one for herself.

The 2018 Chichester Festival production is directed by Daniel Evans, with a cast led by Clare Burt (who won a UK Theatre Award for her performance), Joanna Riding and Gary Wilmot.

With a book by Rachel Wagstaff and music and lyrics by Richard Taylor, Flowers for Mrs Harris captures the glowing humanity of the novella by Paul Gallico on which it is based. The production began at the Crucible Theatre Sheffield, where it won three UK Theatre Awards including Best Musical.

Clare Burt’s extensive musical theatre work includes This Is My Family at Chichester, London Road (National Theatre) and Miss Littlewood (RSC). Joanna Riding is a double Olivier Award-winner for Best Actress in a Musical, whose recent work includes the National Theatre’s Follies. Gary Wilmot made his Chichester Festival Theatre debut in this show; his many West End credits include Dick Whittington, Chitty Chitty Bang Bang and The Pajama Game.

The production is designed by Lez Brotherston, with musical supervision and musical direction by Tom Brady, orchestrations by Richard Taylor, lighting by Mark Henderson, sound by Mike Walker, movement by Naomi Said and casting by Charlotte Sutton. The production was sponsored by Conquest Bespoke Furniture and Oldham Seals Group. It is presented in association with Vicky Graham, Joseph Smith and Bob Bartner.

Donations to CFT’s Keep Connected appeal would be welcome. A digital programme is available to buy an­­­­­­­­­­­­­­­­d read online.

Details of future broadcasts will be announced shortly.

Flowers for Mrs Harris will be free to watch on CFT’s website at www.cft.org.uk/flowers-for-mrs-harris-broadcast for 30 days from Thurs 9 April 2020.