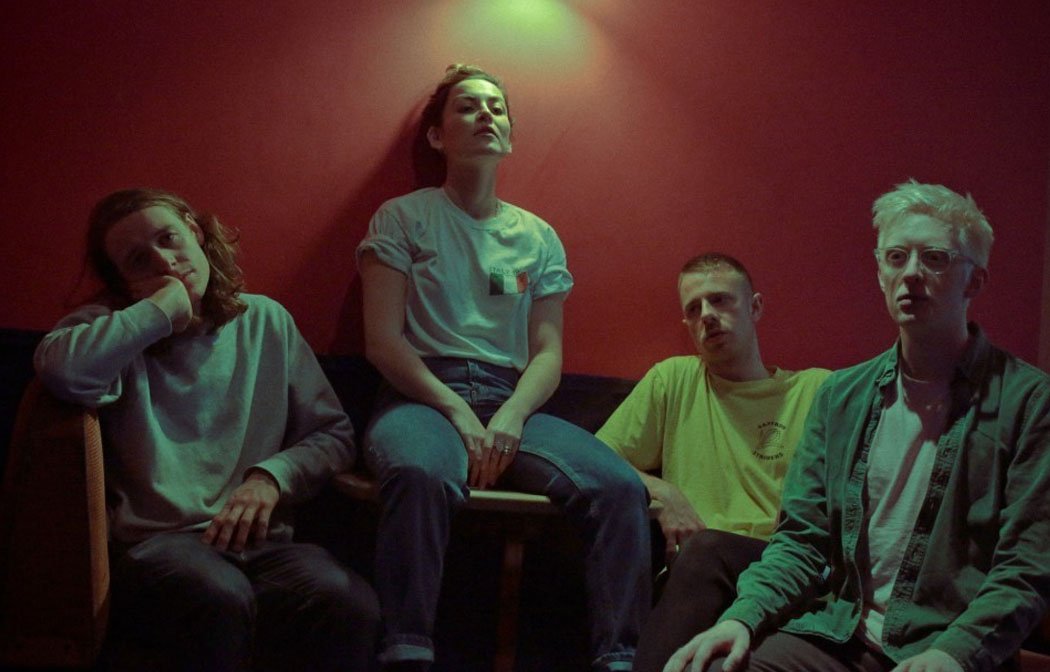 Starting an interview at Sticky Mike’s Frog Bar after the final gig of a twelve-date tour while half the band are carrying their gear out to the van and the other half are packing up merch and untangling a hanger/string/sunglasses combination sounds a litle bit chaotic, but I think somehow it’s all in the nature of Childcare.

Formed by frontman Ian Dudfield under the persona of Ed Cares, a former nanny and ex-To Kill A King guitarist, Childcare’s second EP Luckyucker was released in July – and they’re already gearing up to release their debut album at the start of next year.

Which is to be expected, if the audience reaction to them on tour was anything to go by. The enthusiasm has been felt by Childcare, who if anything are ready to keep continue with tour for a while longer. As guitarist Rich LeGare said: “I think we’ve got that in us. You get to this point and you maybe dip a bit, then get a second wind and you can do a few more.”

Perhaps a Childcare tour where they actually look after children could happen one day — after all, they get nannying requests via Facebook, according to Ed. When asked if they ever volunteer, he said: “We’ve offered, we reply but at that point we never get any further.” And really, the nannying-cum-band situation is what happened for the children Ed looked after when Childcare first started.

A gig at Sticky Mike’s couldn’t happen without the mention of their end of year closure, with Rich asking people halfway through their set for a toast to the venue. Independent venues are endlessly important for local bands who are learning the ropes and needing support from other musicians, and as Rich said: “They’re generally the most passionate people about the music and they get it, they get what you’re trying to do.

“I also think they’re a bit more progressive in their attitude towards having safe spaces and equal spaces for people.”

They see a lot of similar artists, both in style and size, playing the same venues: Tirzah, Our Girl, and Biig Piig are all current favourites.

There is no doubt audiences would be thrilled for more tour dates from Childcare, with their main focus now being to finish the album ready for release at the start of next year.

If this tour and their current musical direction is anything to go by, Childcare are going places and we’re going to see big things come of them.