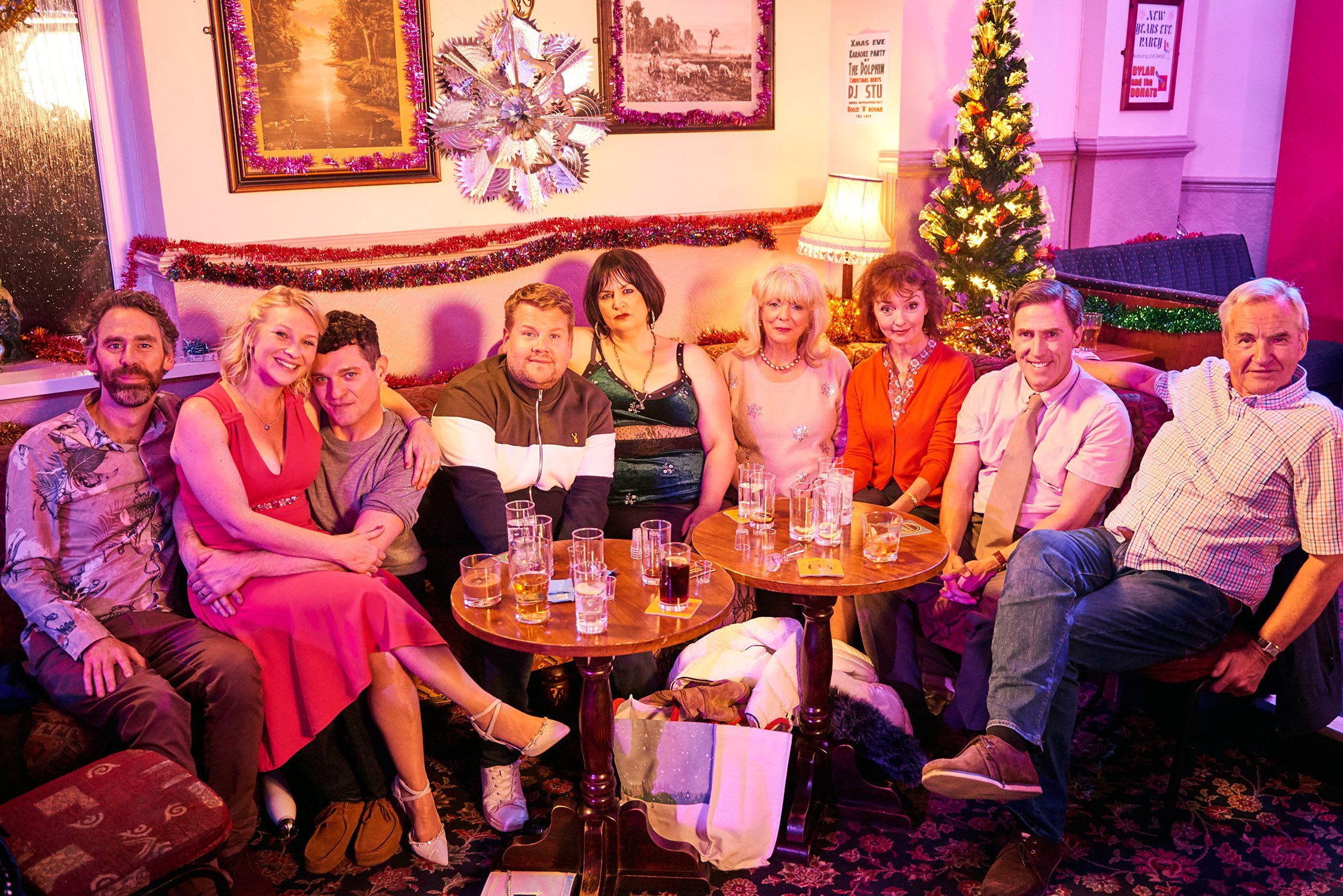 These days the biggest TV event each Christmas is the always hotly-anticipated advert for a supermarket, along with the subsequent wake of other shops and companies trying to emulate their success by throwing big budgets, Hollywood plotlines, and seemingly nothing to do with their products, at what is, lest we forget, a 30 second pitch to get us to go into their shop which we were probably going to visit anyway. There are however, very often, some programs wedged in between these inexplicably seismic happenings. Here are the highlights of this year’s schedule as released thus far. 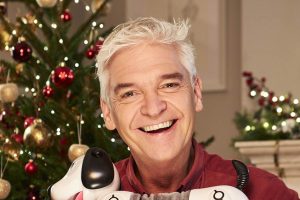 HOW TO SPEND IT WELL AT CHRISTMAS WITH PHILLIP SCHOFIELD

This is actually the second episode of three, but worthy of highlighting for anyone struggling to find that perfect present for a loved one. The ever-young Mr Schofield tests and reviews a range of products to find this year’s must-haves and don’t-bothers to help us decide what to put under the tree, and which fizz to fill our glasses with. Helped by Mrs Schofield, members of the public and a range of celebrity guests from TV, music and sport, this festive treat will entertain and instruct in equal measure.

Get ready for a healthy dose of nostalgia this Christmas, as the BBC brings 40-year-old classic Worzel Gummidge back to our screens. An all-star cast fronts this very different-looking remake, with the always brilliant Mackenzie Crook in the lead role, superbly supported by India Brown and Thierry Wickens as Susan and John. The cast is further enhanced by small screen giants, Michael Palin, Zoe Wannamaker, Steve Pemberton and Vicki Pepperdine as the iconic Aunt Sally. 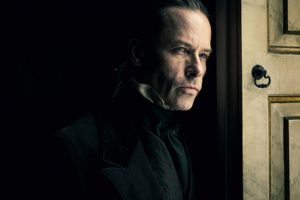 Charles Dickens’ classic (apparently it wasn’t written by the Muppets) gets another adaptation this Christmas, with the BBC promising an original and unique interpretation of the Mupp- I mean Dickens classic. Written by Peaky Blinders creator Steven Knight, this new version offers a dark and haunting experience, and is fronted by a stellar cast including Guy Pearce as Ebenezer Scrooge, Charlotte Riley, Stephen Graham and Andy Serkis. 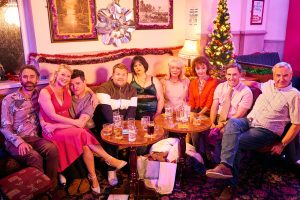 Following a nine year wait, this hour-long special of one of the most popular and talked about comedies in recent years, is surely top of most people’s Christmas list. Although details of the plot are closely guarded, fans have been assured they won’t be disappointed. After a writing schedule that often involved working over Facetime, creators Ruth Jones and James Corden were keen to only bring it to the screen if they knew it was right. You can also catch up with the Netflix boxset. 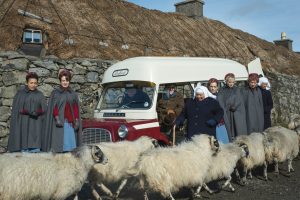 What do the Outer Hebrides, sheep, and a bus have in common? They all feature heavily (and surprisingly) in this year’s CTM Special. The islanders suffer a lack of midwives, so Mother Mildred and her team head north to help out, and have to battle the elements and bleak conditions to help their patients. Fans are promised a magical and gently comedic adventure, offering pure escapism, and may even be given the white Christmas that stupid, boring real life won’t provide! 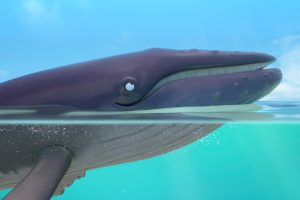 THE SNAIL AND THE WHALE

For fans of Julian Donaldson and Axel Scheffler (and let’s be honest, who wouldn’t be?), there’s another perfect gift under the tree this year, with The Snail and the Whale getting brought to life in this animated gem. A tiny snail longs to see the world and manages to do so by hitching a ride on the tail of a humpback whale. A perfect vignette of unbridled innocence and joy, with voices to match in Rob Brydon, Sally Hawkins, Cariad Lloyd and Dame Diana Rigg. 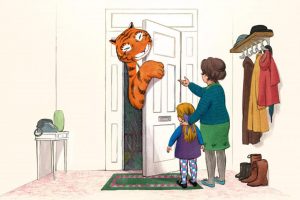 THE TIGER WHO CAME TO TEA DATE

Benedict Cumberbatch, David Oyelowo and the ubiquitous David Walliams head an all-star cast in voicing an animated adaptation of Judith Kerr’s picture book. Sophie and Mummy are waiting for Daddy to come home. Only, before he arrives, a tiger walks in and plunders the kitchen of all its food – pesky tigers, always with the plundering! A timeless classic, it’s being brought to the screen by the team behind The Snowman and The Snowdog. A treat for parents and children alike. 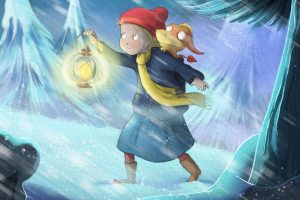 MIMI AND THE MOUNTAIN DRAGON

Based on the popular book by Sir Michael Morpurgo, this animated children’s Christmas adventure is set to be considered a classic, in the same vein as The Snowman. Introduced by Sir Michael himself, this exquisitely animated production features a classical score from Oscar-winning composer Rachel Portman and is based on the original illustrations by Emily Gravett. A shy girl discovers a baby dragon in her family woodshed, and embarks upon an adventure to return it to its mother.

The usual gang of Noel & Co. erect the Bake-Off tent a couple more time this year. The GCBO welcomes back favourite contestants to do battle (in the loosest, spongiest sense of the word), to be crowned (in the most meaningless sense of the word) Christmas Star Baker, before Status Quo somewhat inexplicably play Rockin all Over the World. The GFBO invites the cast of the brilliant Derry Girls into the tent to try and out-bake each other to win Star Baker.

THE TRIAL OF CHRISTINE KEELER

The BBC’s six-part drama examines the Profumo affair, the infamous scandal from the 1960’s, focussing on the woman at the heart of the scandal, brilliantly portrayed by Sophie Cookson. With a supporting cast including James Norton, Emilia Fox and Ben Miles, this prestige piece will, according to the BBC, take us “behind the headlines to tell a human story about the sexual and cultural politics of one of the most revealing and iconic stories of modern times.”