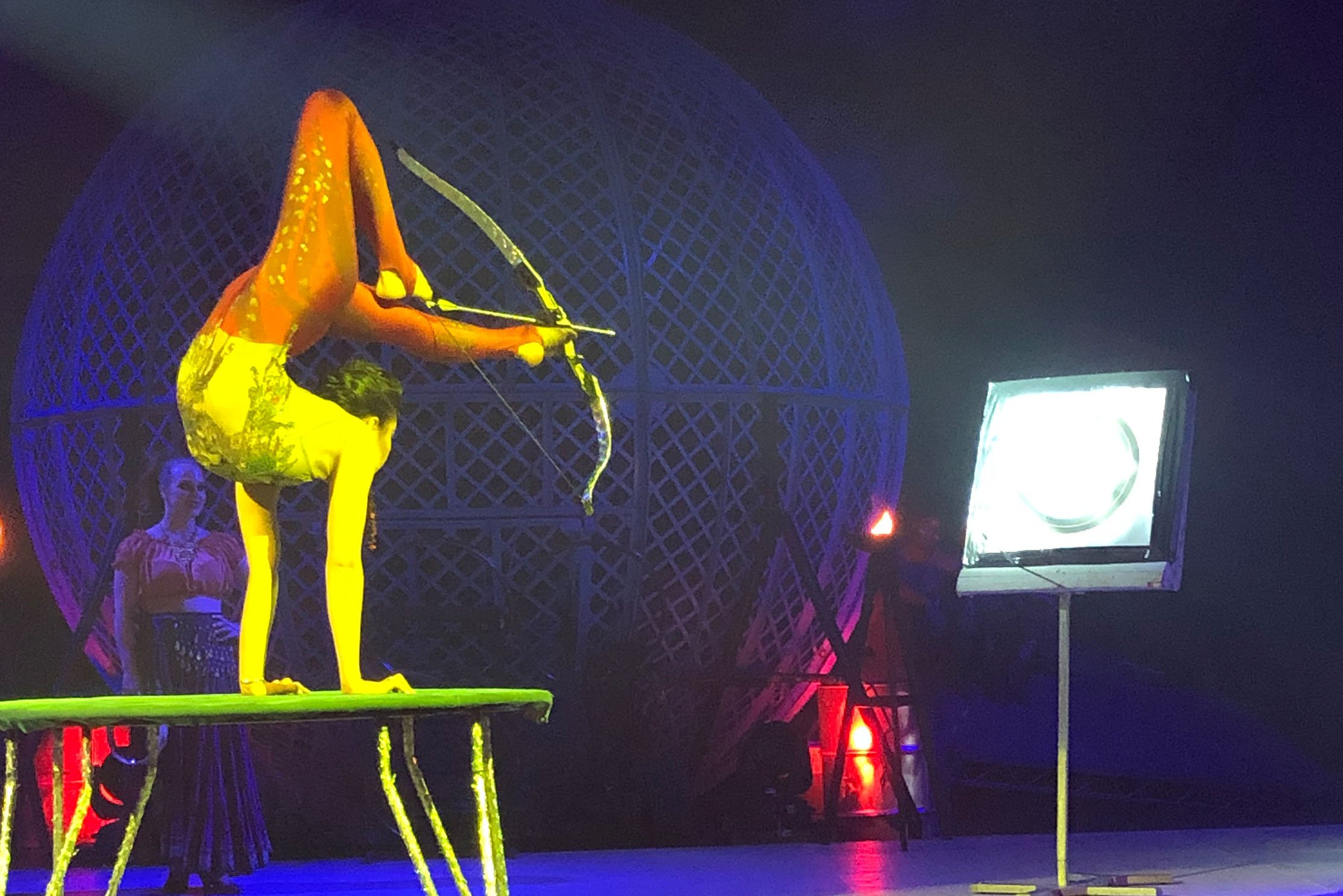 Watching the performers make human pyramids, throwing flame-covered knives and swinging through the air by the neck look as seamless and as fun as the simplest daily task was spell binding.

Captivation, anticipation and thrill tingled through me, making me unable to look away and keeping my jaw wide open throughout the performance.

A highlight for me was what can only be described as great balls of fire being struck against a wooden platform, combining with the sound of drums to create primal and intoxicating music.

Other highlights included a performer firing a bow and arrow using her feet, a group of men creating a human catapult and a woman juggling all sorts of different objects with her feet.

Without a doubt the most terrifying part of the evening was watching five motorcycles circle around one cage.

While the majority of the show is fast paced and sets the heart racing, there are some more tranquil and breathtaking displays of pure strength, in particular with aerial silks.

Comedic relief is also on offer in the style of clowns with ladders and buckets but luckily without the face paint or crazy outfits.

Cirque Berserk is of the highest standard of entertainment that both adults and children alike are sure to enjoy.

My main criticism would be the amount of smoke used during the performance.

At first the small amount of smoke added to the magical atmosphere created by the music and theatrics but as the show went on it became excessive and felt unnecessary, taking away from the astounding abilities being displayed rather than adding anything.

Perhaps this was more noticeable sitting in the front row but it took away some of the excitement as my nose began to itch and the smoke settled on my tongue.

All the performers and staff were extremely approachable and friendly, especially towards the children in the crowd.

The audience also got the chance to get up close and personal as the motorcyclists posed for pictures with audience members.

Lions and tigers? Oh my, oh no, luckily no animals are used in this show, just the sheer determination and fearlessness of the talented performers.

Cirque Berserk is sure to continue being a family friendly crowd pleaser for some time and certainly one to watch if you get the chance.