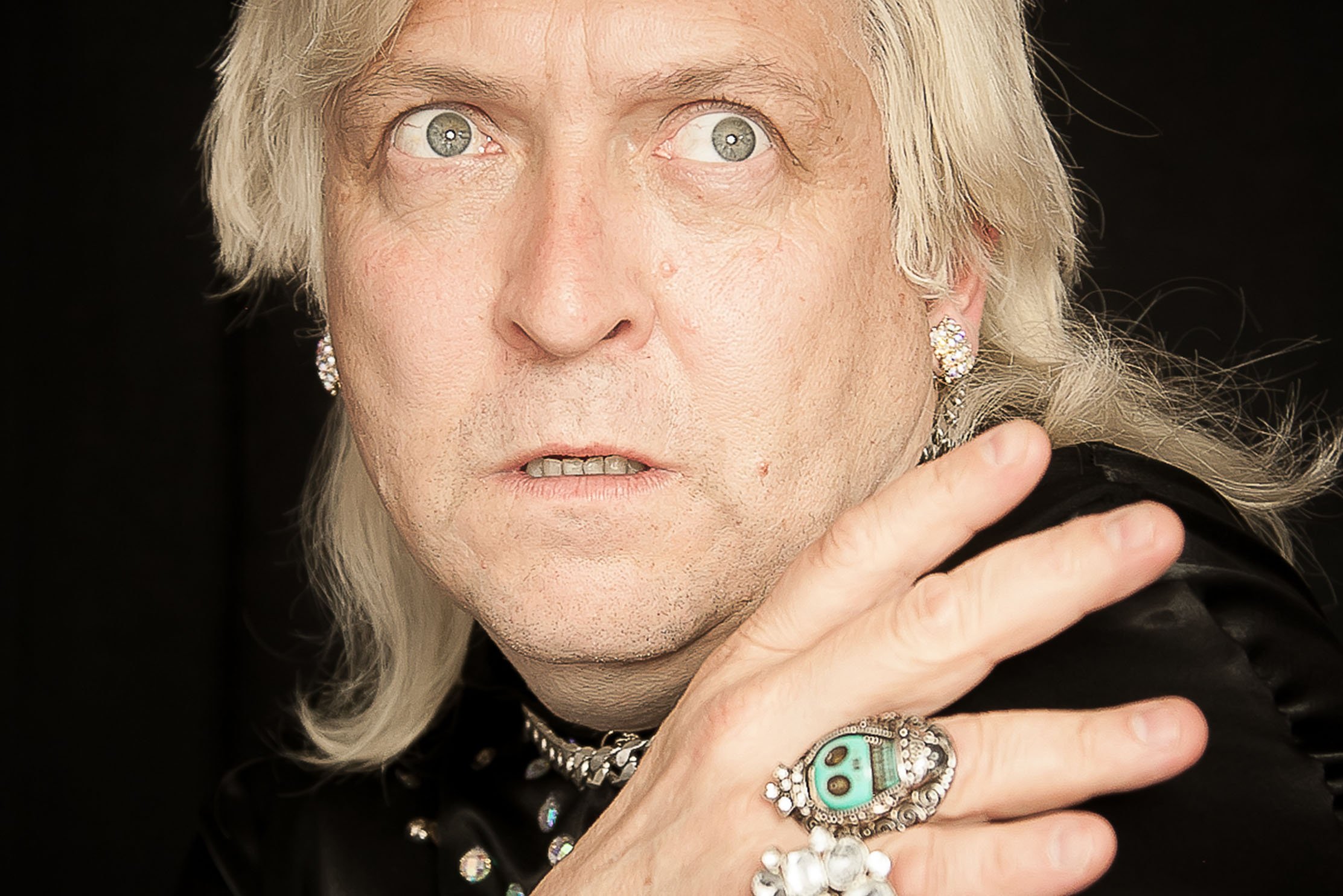 “If there’s anything the Brits like, it’s a plucky loser, rather than huge success. If you’re Eddie The Eagle or Frank Bruno, we can handle that. We don’t like people who scale the heights.” Alex Lowe is certain about the strange allure of his most infamous character, Clinton Baptiste. After almost a decade away, this ‘world-renowned clairvoyant, medium and psychic’ is glimpsing once more behind the Celestial Curtains – armed only with a lack of empathy, striking blonde hair and dubious jewellery choices.

After a hilarious podcast series, Lowe is taking his supernatural alter-ego on tour around the UK, over 18 years after making a minor appearance in Peter Kay’s hit TV comedy Phoenix Nights. Tactless, hapless and almost certainly slanderous, he brings chaos to the titular club. Despite Clinton’s comparatively small contribution, he remains one of the show’s most enduring characters, so was a natural inclusion when Kay decided to stage 2015’s Phoenix Nights Live tour. “It was thrilling to be onstage on front of 14,000 people,” Lowe tells me. “It was well received, considering he was only in one episode. I’d often thought about reviving Clinton, so I asked Peter, who said: ‘I don’t think we’re doing any more Phoenix Nights, so that’s fine.’ He’s been lovely, and very lovely to me.”

Now Baptiste’s incredible gift is being shared with a new generation. Offering readings to audience members and imparting advice from the great beyond, the shows are the product of meticulous observation and practice, along with the clever deployment of a white suit two decades out of date and a ridiculous wig. “I do a thing where I produce feathers, which has always been a medium con-trick. There supposed to come from the ‘celestial wings of their long-lost loved ones.’ Quite often I’ve been out doing gigs, and I’ll hear someone saying: ‘That IS a sign…’ It’s a sign I’ve just been to Hobbycraft!” He has found in bending the reality so much, there is a chance of some audience members taking this outrageous downmarket cabaret at face value. A PTA fundraiser in Winchester saw one spectator take umbrage at Baptiste’s antics, deciding to chase after the psychic – bringing the evening to an abrupt end. “That has always worried me,” says Lowe. “The character is very undiplomatic, and there will be people who won’t play along.”

‘conventional’ actor for many years, working with companies like Kenneth Branagh’s Renaissance Theatre, he staged a show at Edinburgh Festival based on Simon Garfield’s book The Wrestling. Peter Kay came to review the production (accompanied by Auf Wiedersehen, Pet star and ex-wrestler, ‘Bomber’ Pat Roach), which prompted the pair’s friendship. The following year he performed The True Adventures of Radio 1, playing a variety of characters from the broadcaster’s stable – from Matthew Bannister to Simon Bates. This would lead to a stint on Channel 4’s 11 O’clock Show, the launchpad for Ricky Gervais and Sacha Baron Cohen. “I started doing a lot of comedy. Which has always interested me.”

His other famous alter-ego is Barry from Watford, a philosophic and occasionally befuddled octogenarian who became a favourite on Ian Lees’ LBC show. Since then, Barry has become a lifestyle guru for Steve Wright on Radio 2, staged a range of hit solo shows and created a successful double act with Angelos Epithemiou. He says there’s numerous possibilities for most performers now. The days of waiting for an agent’s call have almost passed. “For a lot of actors, there’s no real excuse. There are so many opportunities, there’s podcasting, a live scene, Patreon or YouTube. You can even put stuff out on your Facebook page. You just have to be proactive.” He says comedy particularly lends itself to these platforms, creating more of a meritocracy. “You can just stick it out there. Those people telling you can’t do certain things… Well, bollocks to it. You can just get on and do it yourself.” In 2017, Lowe also appeared on the Noel Edmunds helmed, Cheap Cheap Cheap. Billed as a cross between a gameshow and a sitcom, it gained the dubious honour of being one Channel 4 show which almost nobody can remember. “It’s amazing, because there’s 30 hours of that and it’s almost as though I dreamt it- because no-one saw it!”

It’s one mystery Clinton’s clairvoyant powers may never be able to penetrate. Surprisingly, he’s received a positive reception from the established supernatural community. “I was doing a show in Primrose Hill, and a woman said to me: ‘You had lots of your relatives standing behind you.’ I was like: ‘It’s only a small stage. How dd they all fit on there?’ But one person did say my dog was there at my feet, and we’d just lost our dog. Which did freak me out a little. “Lowe freely admits he’s more of an actor than a stand-up. While shows might appear chaotic, he doesn’t; like to improvise too much. There’s also plenty of thought placed into the character’s distinctive look. “I was in Wolverhampton the other day, and there’s a lovely gentlemen’s shop with some hideous white shoes. I thought: ‘Clinton would be great in those.’ And I’m always looking for jewellery.” 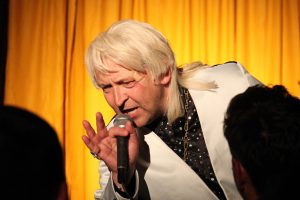 Clinton’s Phoenix Nights origin has burdened him with a frankly horrendous catchphrase. Despite being a single throwaway line, it’s somehow lived on – even evolving into a range of internet memes featuring Clinton’s face. Unsurprisingly, Lowe is hoping to put it to rest.

“The worst thing is, I finish gigs and people come to me saying: ‘Will you look into this phone and call my mate a nonce?’ It’s so horrible. If you’re called that, there’s no coming back from it. ‘Can you call Dave a nonce?’ Well… Are you sure Dave is going to like that?”

Whether connecting people with a completely irrelevant individual from the spirit realm, or dazzling audiences with all manner of spooky stuff, this outrageous character is supposed to be a loving nod to outdated cabaret – rather than an assault on anyone’s beliefs. “I hope I’ve got a wink, or a glint in my eye, and they know it’s meant without upsetting anyone,” Lowe says with a laugh. “I come on with a plaster and a bruise on my eye, as if he’s been punched by someone. I don’t need that for real.”