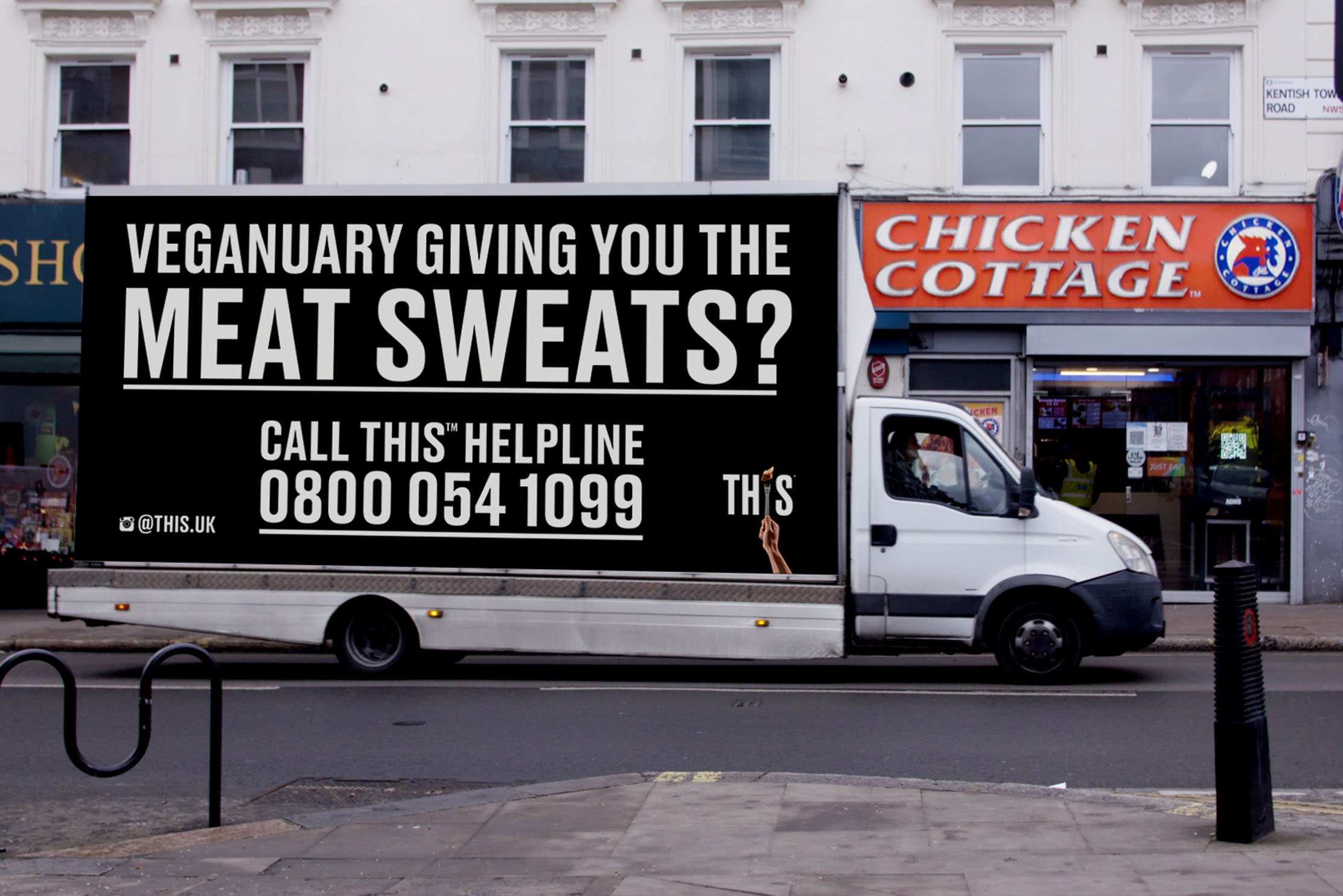 Ultra-realistic plant-based meat brand THIS™ has launched a live call centre to help meat reducers, vegetarians and vegans deal with the temptation of eating meat during the month of January, aka Veganuary.

The twist – THIS™ has teamed up with up-and-coming comedians to monitor the helpline, live (at 0800 054 1099 everyday from 10am – 10pm, until the end of January). They will be answering people’s calls with meat-based jokes, plant-based puns and animal noises, to help get them through the month of no meat with a smile on their face. 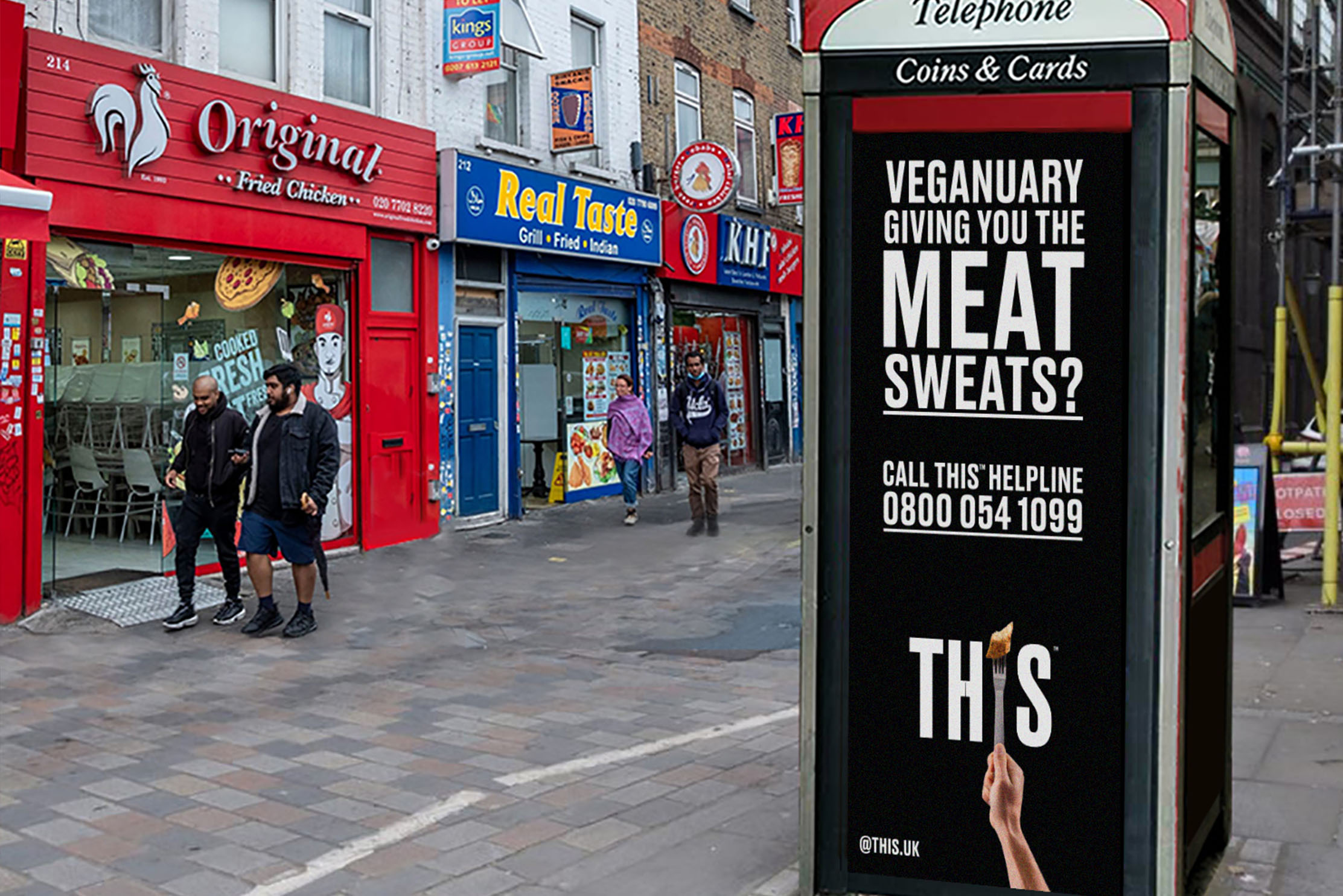 Throughout the month, posters will appear with the helpline on telephone boxes outside fast food outlets including McDonald’s, KFC, Burger King, Chicken Cottage and Taco Bell, as well as being shown on a roving van.

“Whilst of course being worthwhile, my first Veganuary was tough. Like the cold-turkey scene from Trainspotting,” says Andy Shovel, Co-founder of THIS™. “Hopefully with some messing around and fun, we can make it easier for first-timers this time around.

“We also wanted to give a new life to some of the telephone boxes across the capital. They just happen to be nearby a few of our favourite pastime places to eat, so if you spot one of our whopper ads, please send us a selfie to show us how much you’re lovin’ it. Oh, and call the number.”

The creators of the most realistic plant-based meat in the world want to make people realise that they don’t need to compromise if they want to reduce meat intake. 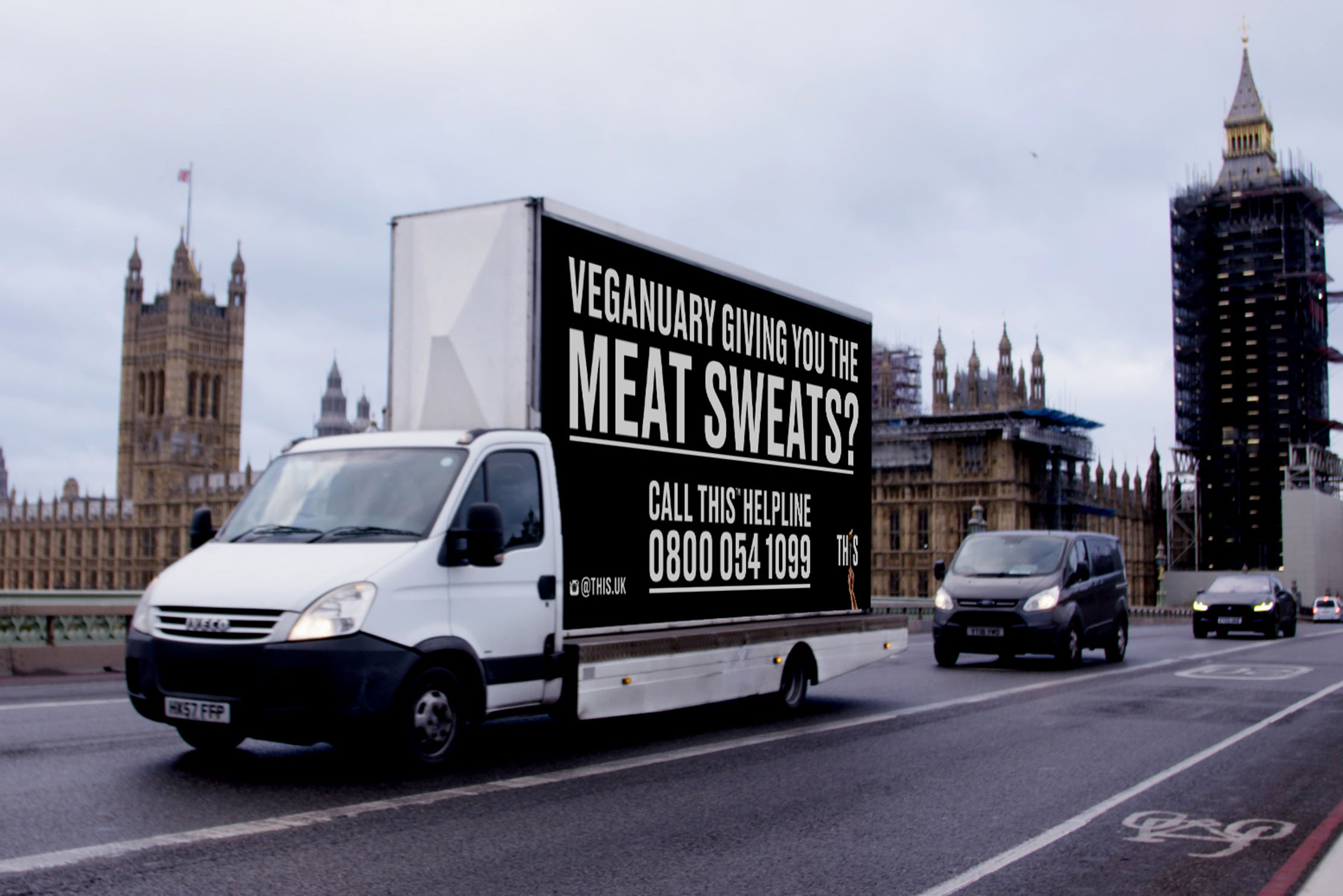 This month, THIS™ also launched in Gousto’s new vegan recipe boxes and in dishes at Rosa’s Thai, including a THIS™ Isn’t Chicken & Pineapple Red Curry.

Since 2014, Veganuary has inspired and supported more than one million people in 192 countries to try vegan for January – and beyond. From Lewis Hamilton, to Chris Smalling, to Sara Pascoe to Kim Kardashian, it’s not just hippies in flip flops eating hummus and plants.