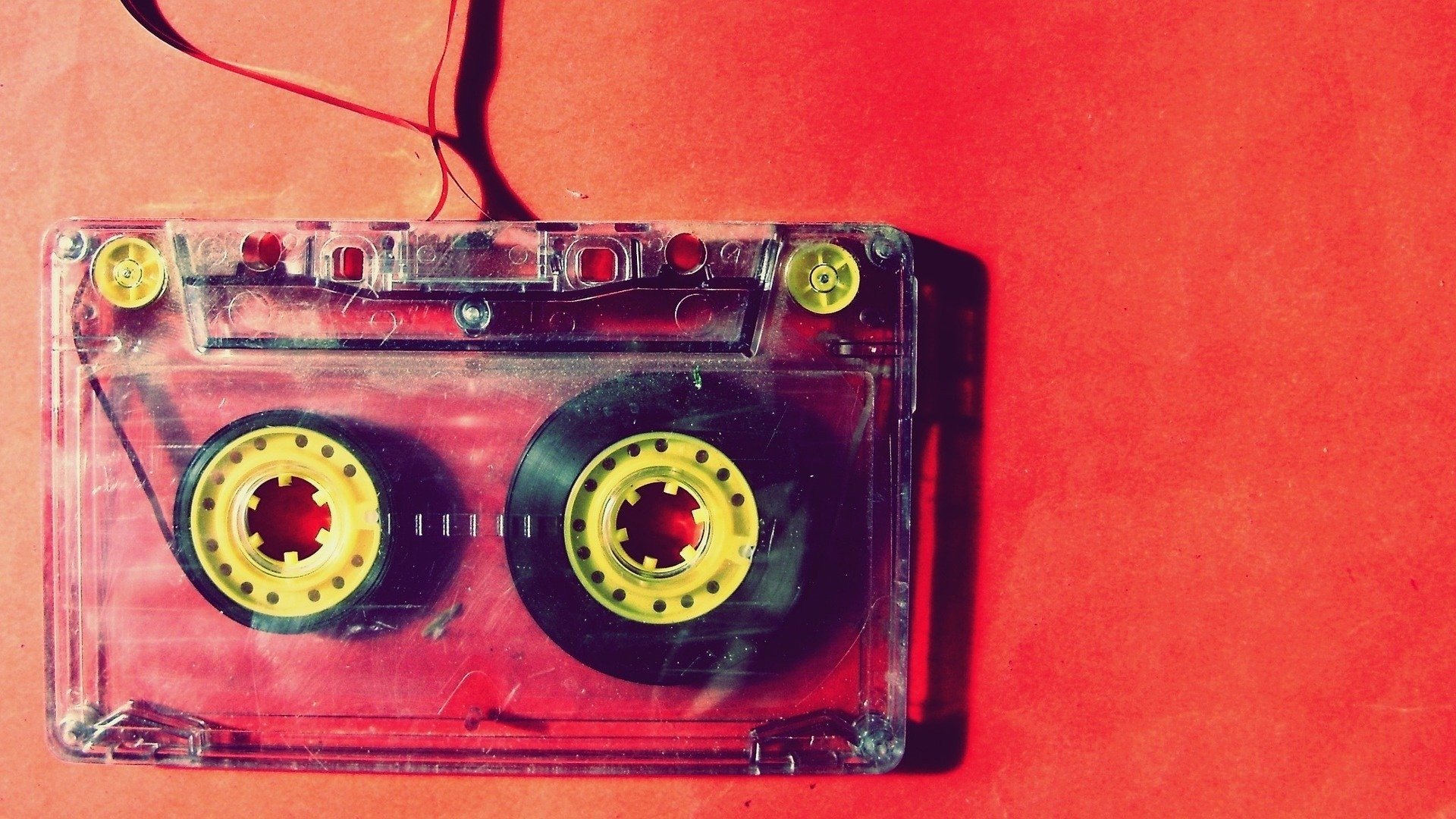 I was listening to the radio the other day, and heard William (I can’t support his ludicrous punctuation) from the Black Eyed Peas butcher the words “author” and “signature” in a futile attempt to make them rhyme with “editor”. They’re jarring, clanging mispronunciations that work on absolutely no level whatsoever, and makes one wonder why they kept them in. But then, if you think of some of their other songs, you quickly realise they’re not quite the lyrical geniuses they like to think. Rhyming “my hump” with “lady lumps,” for example, may be a more or less a successful rhyme, but manages to take a wide birth round sounding in any way alluring as presumably intended, and instead evokes images first of camels, then of diseased tumours. Hmmm… sexy.

Well, their foray into mangling the English language got me thinking about who else in the music world is guilty of such aural faux pas. And they are far from alone. Below are some of the more renowned examples of cringeworthy lexical contortion.

LFO – Summer Girls
Utterly forgettable American pop/hip-hop three-piece made a bad song even worse when they included the lyric When you take a sip you buzz like a hornet / Billy Shakespeare wrote a whole bunch of sonnets. To be fair, most of the lyrics from this dumpster of a song could be on the list, but this couplet’s inclusion of “Billy Shakespeare” makes this one rise to the top: his name was William. You did not know him, you were not chums with him, you have not, therefore, gained permission to refer to him in such a matey way. Take your terrible songs and louche grasp of the English language, and hip-hop back across the pond.

Toto – Africa
It may still be a hugely popular hit from the 80s, but even Toto themselves must confess to one of the most extreme examples of lyrical flimflam there’s ever been in their infamous line: The wild dogs cry out in the night, as they grow restless longing for some solitary company / I know that I must do what’s right, as sure as Kilimanjaro rises like Olympus above the Serengeti. I mean, where do I begin with this one? Firstly, company and Serengeti aren’t even close to rhyming. Secondly, there are far too many syllables in there. Thirdly “solitary company” seems like an accidental self-contradiction, rather than a planned oxymoron. Oh, and finally, what?? It’s utter nonsensical, non-sequitur bullshit. On the plus side, this is probably in the top three songs of all time that feature Mounts Kilimanjaro and Olympus, and the plains of Serengeti. So, you know, kudos for that.

Kanye West – Can’t Tell Me Nothing
President West, if this whirlwind of ego and self-promotion’s wildest folly to date comes true, was once a rapper. And before he entered politics and was awarded the Nobel Peace Prize for ending all war, famine and disease across the globe (which is presumably Stage Two of his well thought out fantasy), he penned the lyric Don’t fix your lips like collagen / And say something when you gon’ end up apologin’, in which he sliced and diced “apologising” into a ragged abomination of its former self. To be fair to the bombastic maniac there are no words that rhyme with collagen. But maybe that’s why there aren’t many songs about lip fillers – and I’m not apologin’ for saying so.

Timbaland – Bounce
Sitting in my head somewhere between Justin Timberlake and a walking shoe, Timbaland is apparently a rapper and DJ of some repute. But he will only ever be known by me as the man that sung Let me see them big titties / Don’t act saddity you ain’t pretty – a lyric as classy as it is comprehensible. What a gentleman, asking to see a woman’s “big titties”. Then, as if wanting to confirm the death of chivalry, immediately telling her she “ain’t pretty.” Charm personified.

Madonna – I Love New York
She may be the same age as your Granny and now wears a silicon-filled visage that looks like a surprised panther, but Madonna was once a one-woman music machine and Queen of pop (although roughly at the same time that Michael Jackson was King of pop. So, much like our royal family, a bit weird…). Somewhere between her reign over Popland and the ravaged part-human she is today, she sang I don’t like cities, but I like New York / Other places make me feel like a dork. The gripe with this bad rhyme isn’t with the rhyme itself which checks out fine. It’s more with the fact that it sounds like it’s been written by a five-year-old in detention. It sounds like the next lines could quite conceivably be, I eat my lunch with a fork / I once saw a big hawk / I like Mindy, but I don’t like Mork. (Actually, that’s pretty good).

The Police – Don’t Stand So Close To Me and Wrapped Around Your Finger
He might put the rest of us to shame by having sex for about six days at a time but, well, anything that follows that is just going to sound like bitter jealousy. But I’m fine with that – he writes massively pretentious, syntactically awkward lyrics: there I said it! (Although he wouldn’t notice as he’s probably 57 hours into a quick sesh). In DSSCTM, the rhyme is just about okay, but it’s a round-the-houses kind of journey to squeeze it in there: It’s no use, he sees her, he starts to shake and cough / Just like the old man in that book by Nabokov. And although that seems to be the one that causes most uproar, for me his pretentiousness reaches a different level in WAYF, and this is compounded by not even being justified by it actually rhyming: You consider me the young apprentice / Caught between the Scylla and Charybdis. Essentially Scylla and Charybdis are the Greek mythological predecessors to (and preference of the hoity-toity over) a rock and hard place. Which I guess was where he found himself whilst mulling over whether to employ a legitimate rhyme or try and look clever.

Feeder – Buck Rogers
Welsh indie rockers had a number of singles over the second half of the nineties and first half of the noughties, perhaps the most memorable being the randomly named Buck Rogers. A catchy song that has nothing to do with the sci-fi cult hero talks much about them “going to make it”. It also features the lines Get a house in Devon / Drink cider from a lemon. Move to Devon and consume fruit – WOOOOO!! Rock and roll!!! The dictionary definition of “making it”, I’m sure. But, oddly parochial dreams aside, this is also a pretty dreadful attempt at a rhyme. Not to mention a terrible culinary suggestion.

Vampire Weekend – Horchata
In December drinking horchata / I’d look psychotic in a balaclava. As opening lines go, this is a shocker. He tries his best to walk the line between not mispronouncing balaclava so badly that the word isn’t recognisable, but enough to make it rhyme with horchata. Unfortunately, despite his earnest attempt, such a line does not exist to be walked. This opening utterance to the song is also the closing one for me, as off it goes.

Snap – Rhythm Is A Dancer
I’m serious as cancer / when I say rhythm is a dancer. Regional accents permitting, this rhyme works. But just because it does, doesn’t mean you should use it. I may be old fashioned, but I prefer my upbeat dance anthems not to keep referring back to deadly diseases. Let’s hope COVID-19’s arrival won’t tempt Snap out of retirement to make more medically grim songs.

There are also honourable mentions to the following:

Black Sabbath – War Pigs
Generals gathered in their masses / Just like witches at black masses. You can almost forgive them because it’s such a belter of a song, and because they were no doubt on a mountain of some substance I’ve never heard of, but this is a terrible example of an identical rhyme.

Des’ree – Life
I’m afraid of the dark / especially when I’m in a park. This in the same song as, I don’t wanna see a ghost / It’s the sight I fear most / I’d rather eat a piece of toast / And watch the evening news. Was this a song you dug out from your primary school scrapbook or something?

The Decemberists – Oceanside
I guess I’m something of a ne’er-do-well/Even though that’s something I could never do well. Attempt at irony? Lazy writing? Either way, dreadful song, dreadful rhyme.

The Style Council – Walls Come Tumbling Down
Those who have, and those who have not/they dangle jobs like a donkey’s carrot. That takes a mighty emphasis on the second syllable of carrot to make that rhyme. And, even if it does, does it help?

Oleta Adams – Get Here (If You Can)
You can reach me by a caravan / cross the desert like an Arab man. Tenuous.

Oasis – She’s Electric
She’s got a sister, and god only knows how I’ve missed her/On the palm of her hand is a blister. Irrelevant.

Duran Duran – Is There Something I Should Know?
And fiery demons all dance when you walk through that door / Don’t say you’re easy on me, you’re about as easy as a nuclear war. What a mouthful.

Ice Cube – Good Day
Today I didn’t even have to use my AK / I got to say it was a good day. Odd barometer of a day’s virtues.