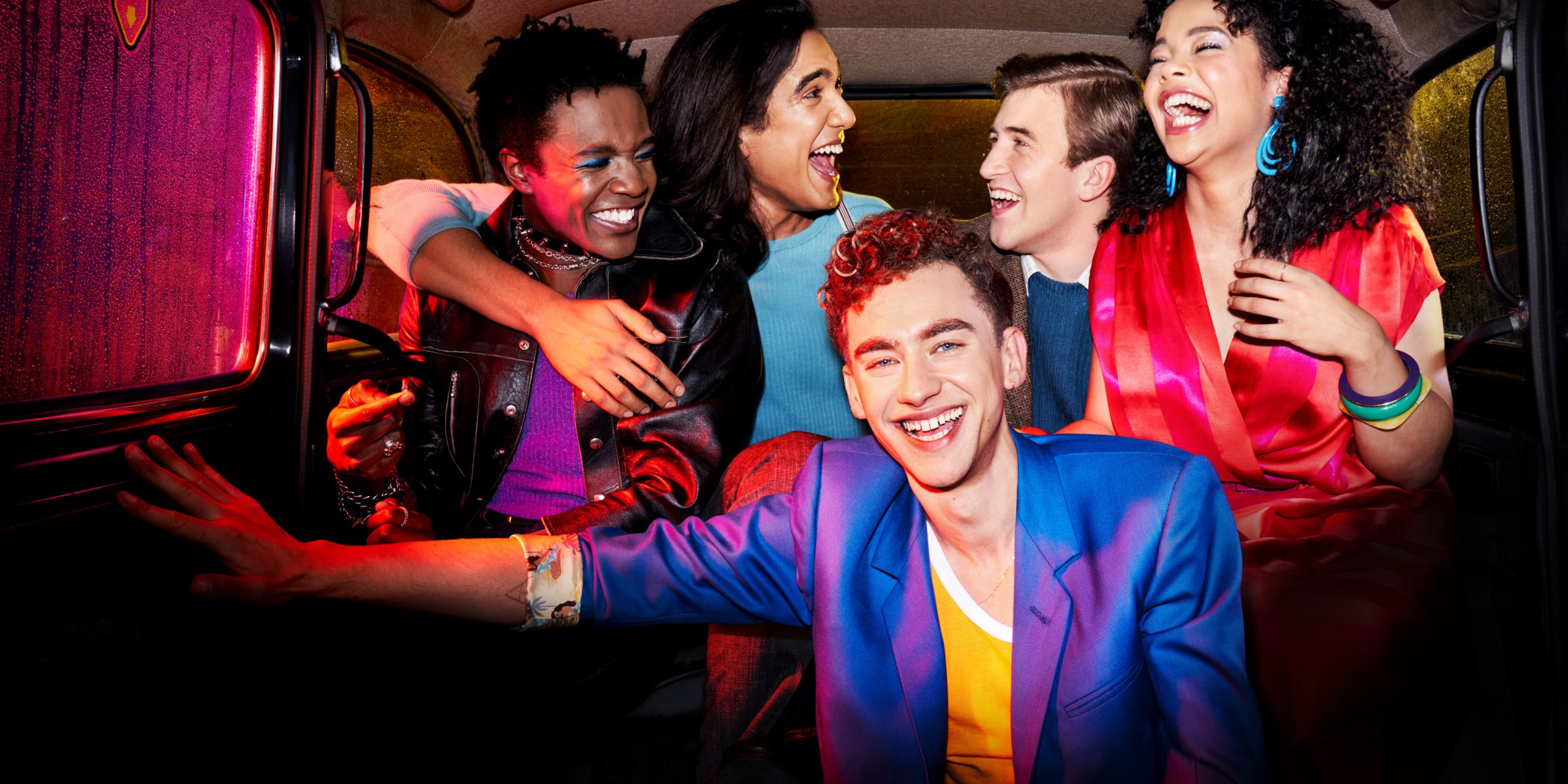 As something of a bibliophile and self-appointed TV critic (book nerd and couch potato), it is always a thrill to hear writers discussing their books and shows, to listen to the processes and the stories that are poured into making their finished works. And as something of a bargain hunter (cheapskate), there’s nothing better than getting two for the price of one. (I suppose three or above for the price of one would be better, but you’re not reading this to be bamboozled by my superior maths skills).

This particular instalment of Damian Barr’s Literary Salon, therefore, is even more of a treat than normal, as he engages in his signature friendly and insightful chat with not one, but two inimitable writers, to talk about their work, very different from each other, but both tackling the all-too-often ignored subject of the AIDS epidemic. The remarkable (and frankly, saintly) Ruth Coker Burks discusses her incredible memoir All the Young Men, all way from Arkansas, and from his home in Swansea, screenwriter and apparent King Midas, Russell T Davies, reflects upon the phenomenal success of It’s A Sin, now the most watched drama in Chanel 4’s history.

In 1986 Ruth Coker Burks visited a friend at her local hospital. She noticed the door to one patient’s room was painted red and that the nurses were afraid to go in, drawing straws to decide who would have to. Ruth entered the quarantined room and found a man wasted away to nothing, a result of having contracted AIDS. He was called Jimmy, and he was crying for his mother. She went outside to tell the nurses he wanted his mother and, Ruth recalls, “they backed up like I had them at gun point.” 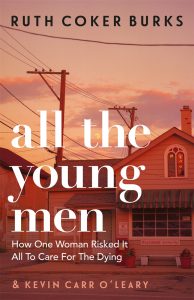 Getting the number herself, she called Jimmy’s mother who wanted nothing to do with her son and hung up. Ruth went back in to be with Jimmy, she washed him, cleaned his face and hair, made him as comfortable as possible, and sat with him for 13 hours until he died. She was a single mother of 26, working part time as an estate agent. And her life had just changed forever.

Whether for reasons of fear or shame, or simply ignorance, his mother, the hospital, nobody wanted to take responsibility for Jimmy’s body. And so it was that, thanks to an argument between her mother and uncle that resulted, rather hilariously, in the purchase of a “revenge cemetery”, Ruth herself found a place to cremate his body and inter his ashes, ensuring he was laid to rest with dignity and care.

Expecting that to be the end of this spontaneous foray into caregiving, and to go back to her normal life, her phone suddenly kept ringing with requests for her to help look after other young men in the same predicament. And, remarkably, she did. She would cook food to take them, even dumpster-diving for still-edible food to cook when she was struggling financially. She learnt to take blood, practicing on a former intravenous drug user, and arranged for it to get tested, she visited gay clubs and cruising spots to hand out information and condoms as she changed her tact from tending for those who were dying, to trying to protect any more suffering as a result of the still-misunderstood epidemic. She was shunned by her own community, her own church, yet nothing stopped her, not even the Klu Klux Klan burning crosses on her lawn – after the third time, she put a sign up for them to “knock on my door and ask me a question: I’m tired of these crosses burning in my yard!” No one ever knocked.

Our host Damian summed up Ruth’s tireless and selfless campaign of care beautifully: “overwhelmingly for me, it’s a story of strength and resilience, and the power of witnessing and the power of kindness.”  This story of compassion is naturally one tinged with sadness, but it is also one of joy and is littered with hilarity, that makes for a read as uplifting as it is heart-wrenching.

And joy is something that Damian’s second guest, Russell T Davies also spoke about. The creator of, among other things, Queer as Folk and Years and Years, explained how he works hard to ensure joy is included in his writing, to “get life onto the page” and fight against writing that “sounds like middle aged men sitting in rooms just like this, typing like Eric Morecambe playing the piano.” 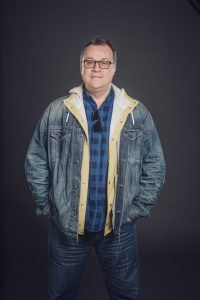 Joy might not be the first thing you think of when imagining a drama about the emergence of an epidemic that continues to kill people to this day, 40 years later. But to focus purely on the tragedy and terror and heartache that AIDS wrought throughout the gay community at that time would only tell half the story. And for anyone who hasn’t yet seen his recent creation, It’s A Sin, that joy is deafeningly there, front and centre, celebrating all that’s good about being in your twenties, finding your place in the world, being yourself, the parties the drugs the wild nights and sexual hedonism, and the immeasurable power of friendship and love.

But of course, it isn’t only joy. And after the brightness of such jubilance and revelry, the shadows of the tragedy that is both the backdrop and the heart of the story, are desperately dark and have a hugely lasting impact.

Worthing hosts another Summer of Circus

Incredible performances, a killer soundtrack, and of course the experienced, sensitive and daring mind of its creator have led to critical and popular acclaim across the board. And I am sure Russell is delighted with the reviews, but he’s clearly prouder of the fact that It’s A Sin has achieved things that will have far greater repercussions. People have written to him explaining their families are reconnecting as a result of the show, flushing out the shame felt by their previous generations who pretended relatives had died of cancer rather than AIDS, and reaching out to their lost relative’s partner and friends. “To think of that happening is just beyond gorgeous. I am so moved. That’s the important reaction.”

This landmark programme has also started conversations about AIDS again. About an epidemic that has had such a devastating effect on so many people, but still seems to be a taboo subject, the word itself avoided as if, like the Candyman, you say it enough times and suddenly there it is. Ruth makes the point that with the Covid-19 pandemic, scientists have been able to create a vaccine within months. 40 years on from the genesis of the AIDS epidemic, isn’t it about time the same collaborative gusto was used to research its treatment, too?

For more information on both these extraordinary pieces of work, further discussion by their creators, and several invitations to make yourself a gin and tonic (that’s how I heard it), this episode of Damian Barr’s Literary Salon is available to watch on demand. Tickets are £5 and 10% of every ticket sold will go to support the incredible work of the Terrence Higgins Trust.

To view previous events and to see who’s featuring in upcoming Salons, including a new programme of GUEST HOSTS, please visit the Literary Website.