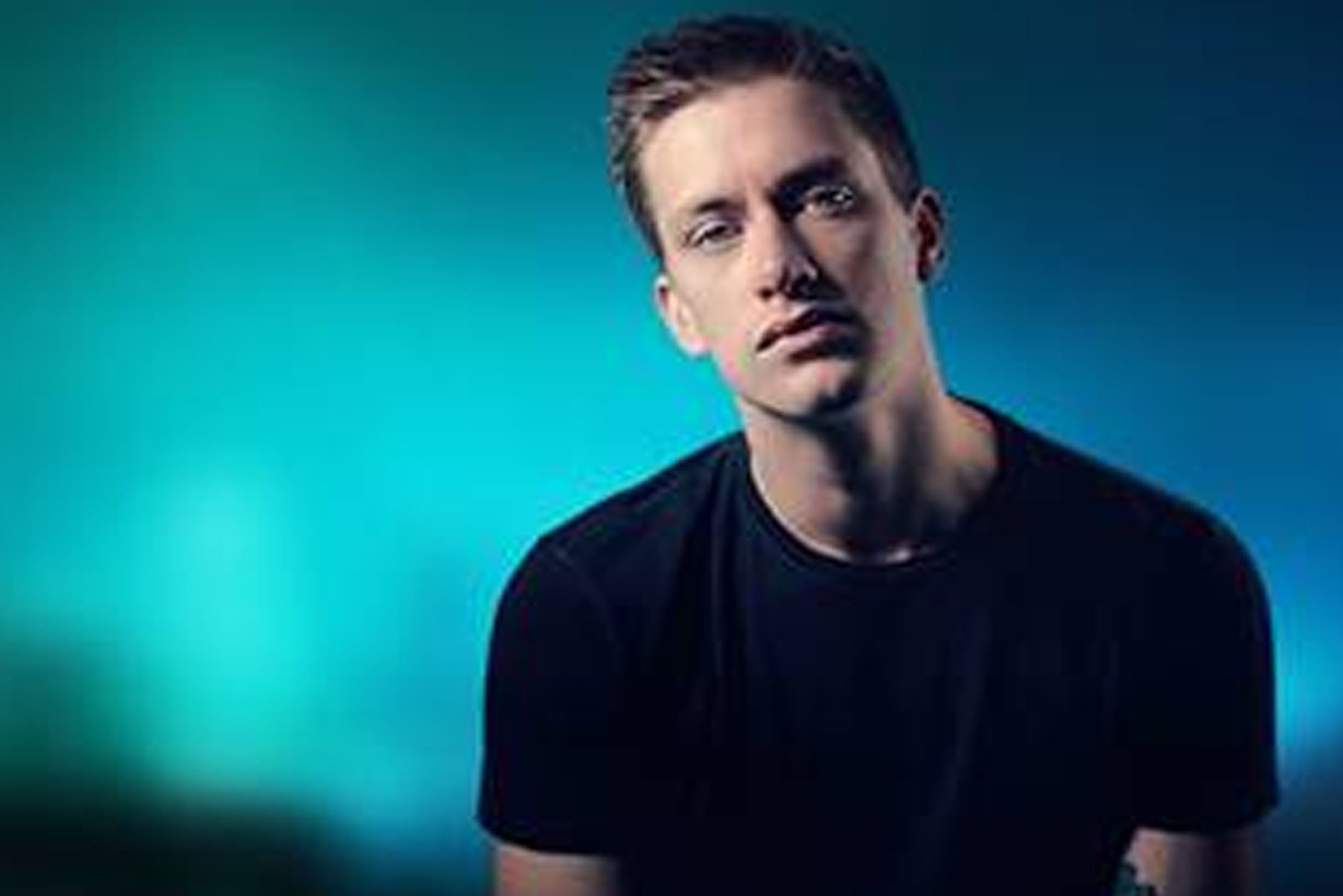 Now X, his new live tour, is spanning more than 300 shows across 40 countries around the globe. He has performed on US TV’s Conan a record ten times, to date has over 30 million views of his online stand-up clips, has sold out at eleven consecutive Edinburgh Festival Fringes (the world’s biggest arts festival where he has been one of the biggest comedy ticket sellers for the past nine years), and played nine solo sold out seasons in London’s West End as well as four seasons off-Broadway in New York. Daniel’s fourth extended season at the prestigious Soho Playhouse has just sold over 5000 tickets on his 30 show run and has done so well that he returned in June. As well as New York, Daniel has been selling out shows across the USA in venues such as the Largo in LA (where he sold out his first date in under 24 hours) and The Wilbur in Boston. Continuing to add even more dates on this worldwide run, Daniel will visit Japan, China (Hong Kong) and Russia this autumn, with the upcoming performance in Moscow making it Russia’s biggest English-speaking comedy show to date.

So ahead of X coming to Brighton Dome on Fri 6 Dec, we grabbed a few words from the award-winning star.

Tell us a bit about your new show, X…What’s it about, how did you go about writing it, how did audiences respond in Edinburgh?

No. Come and see it. You know those funny movies where all the funny bits are in the trailer? I can’t run the risk of being the comedy equivalent of that. It’s a funny show. It’s my best show yet. But if you’re easily offended then please go away forever. My comedy isn’t even that offensive, but it’s still best you just stay in and watch Strictly. Please.

You’re taking X on tour later this year around the UK, where are your favourite places to perform?

The European cities are all incredible. Vienna, Llubjana, Zagreb, Tallinn. And most of the UK dates are excellent. Some of them absolutely suck, but I can’t specify which ones suck because I’m doing them again this year and they’ll get upset that I think they suck as an audience. Once I’ve burned all my bridges there, I’ll be sure to let you know.

DARK and Jigsaw (previously titled So?) are two of your previous shows that are now available to view of Netflix. How did it feel to secure that deal?

Getting the Netflix deal was a huge moment for me. It was literally five years in the making and I’d lost a lot of faith that it was going to happen. Then right when I’d fully given up on it, they gave me it. The moral of the story? Give up on your dreams sooner.

Can you tell us a bit about them both?

DARK is me explaining why my sense of humour is seen as dark. And Jigsaw is my love letter to single people that “accidentally” (I fucking meant it) broke up 25,000+ couples and led to over 80 divorces.

You’ve said in the past that Jigsaw has singlehandedly broken up relationships, can you elaborate on this?

You will need to watch the show.

They were filmed in LA and Sydney, respectively. Do you change the content of a show depending on where you’re performing it?

I don’t change my material depending on what city I’m in. I believe that comedy is truly universal but of course I don’t tour places like Saudi Arabia or DPRK. If your material doesn’t work globally it’s pretty much always because your either a political comedian and the references don’t match, or you’re a crap comedian.

Is there a possibility of any more of your past shows being made into Netflix specials? Or what about writing an original for Netflix?

You’ve said in the past that you don’t like the British panel show format because it doesn’t allow you to perform stand up…now that you’re in with the deal-makers at Netflix, have you thought about approaching producers or creators to come up with a more American-style, stand up friendly format?

I’m not willing to push my relationship with Netflix yet. If they like these two and they go well, maybe I’ll pitch stuff to them. It’s a good idea though. If I have any ideas I’ll pitch them to Netflix and not UK based channels because I’d much rather deal with people who care about artists getting a chance and taking risks even when they don’t always work out. No experience is ever wasted but I look around at the number of really talented people in the UK who don’t even get a look in cos they are in the wrong city or with the wrong agent or whatever and I’ve been fortunate enough to be able to go “fuck that”.

You’ve appeared a record amount of times now on Conan, how do you find American audiences differ from UK ones?

They hate the word cunt and they’re a lot more sensitive. It’s a tense time in America and they’re all very proud people despite having done very little to be proud of in recent years. So it’s best not to mention everything I just said. They rock as a crowd though. Comedy started there and the audiences are real intelligent and fun. I love gigging there.

Who are some of your favourite American comedians? And British ones?

Can you describe how it felt back in 2009 to become a record-breaking comedian aged only 18, being the youngest comedian to perform a solo season in the West End

It didn’t feel like anything. I wasn’t aware of the title until 2 years after. It’s a pretty cool title though, if you ignore the fact that the show sucked. I’m glad people enjoyed it, but as the leading expert in my material I can categorically say it was not that great a show. At all. I don’t think the title counts if the show sucks. But I guess I was 18. Who listens to an 18-year-old?

What advice would you give to young comedians?

Get out of my job. How dare you? That’s my title. I will burn you to the ground.

Kidding. Just get the fuck on stage. There’s no other way to get good. Stage time is the key. Get on stage and do it now. Work out how to be good later.

You’ve been performing at the Edinburgh Fringe for more than 10 years now, what are your favourite aspects about the Fringe?

All my friends from all over the world come over to my city and develop a pretty severe drinking problem and I like to show them how the professionals do it. Edinburgh is the most beautiful city in the world and it comes alive during August. It’s my favourite time of year. The Edinburgh Fringe made me the comedian I am today. And one day, in the future, I’ll burn it to the fucking ground.

Do you think your career would have skyrocketed as much as it has if it weren’t for the exposure that the Fringe offers?

You’re typically very well-known for not holding back with the topics of your comedy, e.g. death, abortion…do you feel there are any topics that should be completely avoided in comedy?

Nothing is off limits in comedy. At all. Ever. If you think otherwise you don’t belong in comedy. There are some subjects that I absolutely will not tackle, and that’s because I don’t have an experience in them and my voice isn’t the right voice to talk or joke about it. But that doesn’t mean other, better versed, comedians shouldn’t be able to talk or joke about. I chose to avoid topics not because I’m scared of them, but because my opinion on them doesn’t matter.

Equally, any topics that you feel have been overdone?

If I answer this question honestly I’ll throw a bunch of my mates under the bus. So, no.

You decided against university in favour of pursuing a full-time stand up career, have you ever considered returning to study?

How do you relax after a show?

What’s been your worst heckling experience?

Every heckling experience is the worst heckling experience. It’s rude, it’s pointless and it detracts from the show. It annoys other audience members and it ruins the flow. Even if I’m smiling while you heckle, and winning the exchange (which I will. Believe me), deep deep down I want awful things to happen to you and the people you love.

What was the first joke you ever wrote?

It was about my mum’s tits, so let’s not print it.