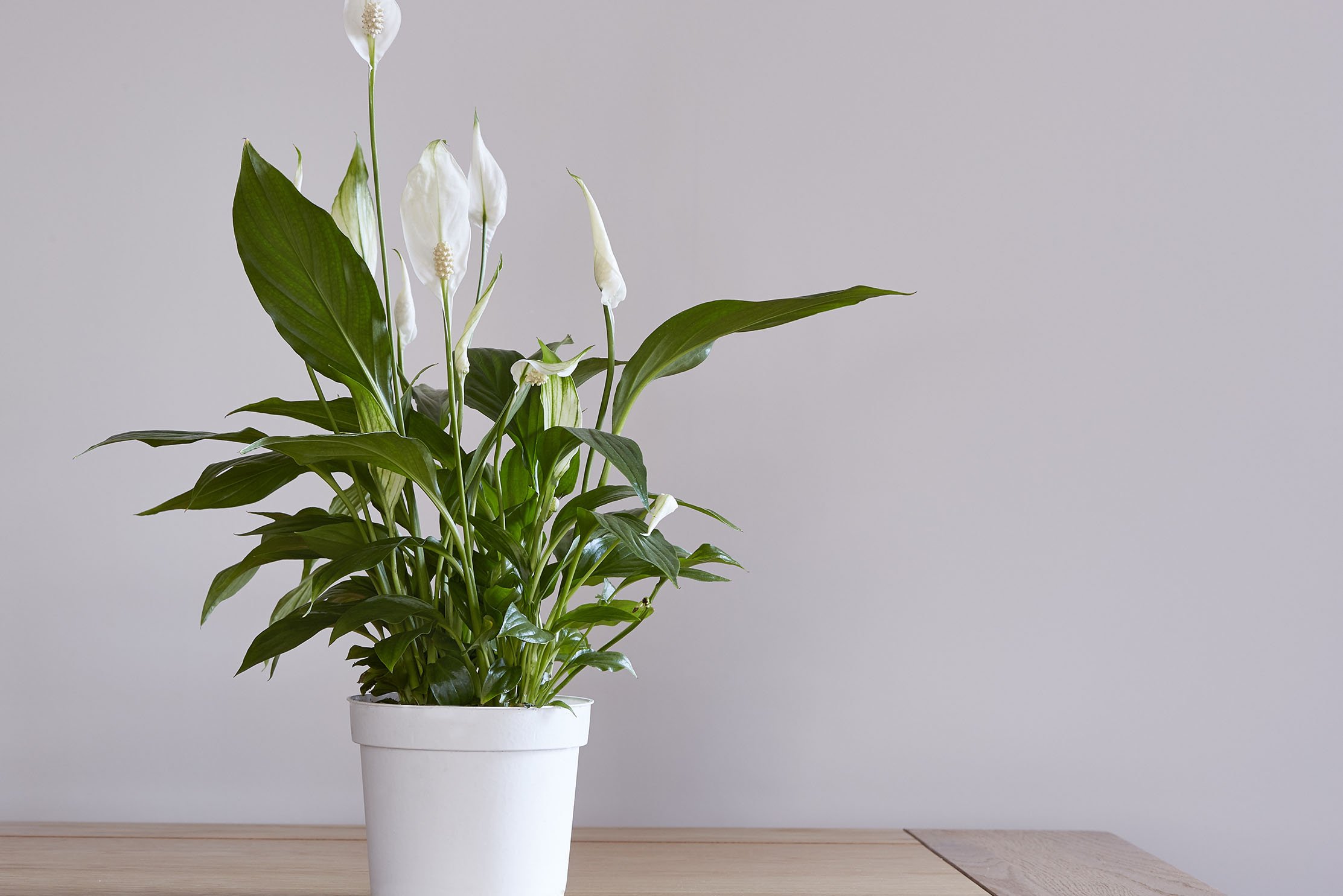 Do you have these TOXIC houseplants in your home?

Bringing the outdoors in has always been hugely popular. Not only do they brighten up the living space, and can feel therapeutic when caring from them, but they also improve air quality.

However, although some plants help improve the quality of indoor air, they can also be poisonous without knowing.

Lading UK waste removal company, Clearitwaste.co.uk, have looked at the popular houseplants you may have in your home which are harmful.

Peace Lily
The Peace Lily not only has detoxifying qualities for the home, but it’s also beautiful to look at. Considered one of the most popular flowering houseplants with its dark leaves and low maintenance, it’s a great spring/summer décor addition to your home. But be warned, it’s toxic if consumed.

Pathos (Devils Ivy)
Devils Ivy as it’s commonly referred to, is an extremely common houseplant due to its attractive drape and ease of care. Similarly, it is a great house plant for kitting your home out on a budget. Like the Peace Lily, it’s safe to touch, but toxic to pets when consumed.

Caladium or Elephant Ear
Known for their bright aesthetic colours, this houseplant is a great way of adding sass to your home – the leaves are velvety to the touch. But be cautious when around pets and children as it can cause swelling, eye pain, diarrhoea, and vomiting when eaten.

Sago Palm
These houseplants are super fun additions to the home due to their spiky and ancient look. However, don’t be fooled, as they’re highly toxic when ingested, causing vomiting, diarrhoea, and in some cases liver failure.

Calla Lily
Although this plant is typically cared for outdoors, it’s becoming increasingly fashionable to stylise indoor spaces with. However, like it’s family counterparts, this lily is harmful to humans when ingested due to calcium oxalate crystals which can cause swelling and pain when swallowed. 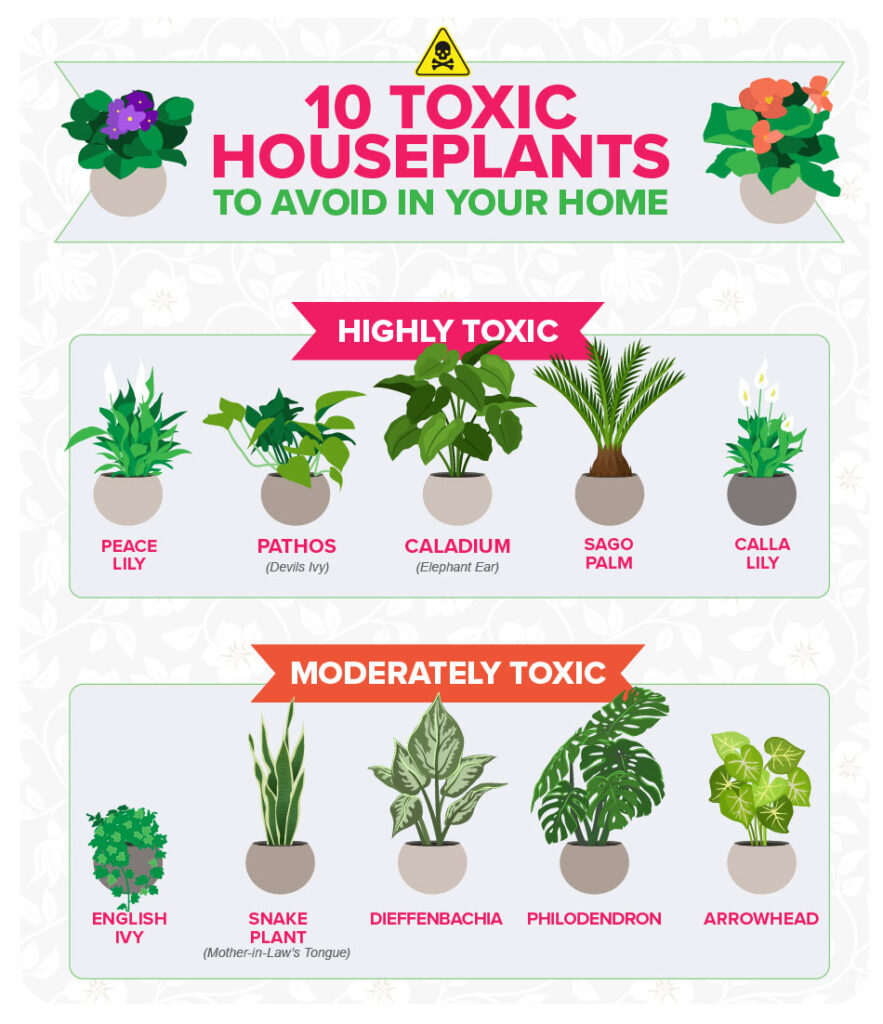 English Ivy
English Ivy is probably one of the most well-known plants – and it’d be surprising if anyone wasn’t familiar with it. Known for its pointed leaves and delicate tree-climbing abilities, it is also known to cause weakness, vomiting, throat swelling, dermatitis, rash, and ataxia.

Snake Plant (Mother-in-Law’s-Tongue)
This plant is primarily known for its long sword-like leaves as well as it being a slow growing plant, making it incredibly low maintenance. And whilst the Snake Plant may be among the top plants known by NASA to be particularly useful for their air purifying qualities, it is moderately harmful to humans and pets.

Dieffenbachia
Dubbed as the Dumb Cane or Leopard Lily, it is one of the easiest indoor houseplants to care for, whilst being one of the most common. This tropical shrub has beautiful hues of cream, yellow and white making it the perfect plant to brighten your home.

Philodendron
This spectacular looking houseplant originated from the South American rainforests and most certainly deserves its Greek name of ‘loving tree’ thanks to its heart-shaped leaves. But be wary that it’s potentially harmful.

Arrowhead
Related to the Philodendron plant, the Arrowhead is relatively easy to care for. Bushy in their appearance and with heart-shaped leaves, this plant is mild in toxicity.

Clearitwaste.co.uk also consulted online marketplace and plant sellers OnBuy.com who recently found that the Peace Lily houseplant is one of the most popular for air purifying qualities.

Although it’s highly toxic, it cleans the air of trichloroethylene and ammonia – and it is a great addition to the bathroom as it helps curb mildew.

OnBuy.com also highlighted that although high in toxicity, the Snake Plant and English Ivy are also popular air purifying plants for the home.