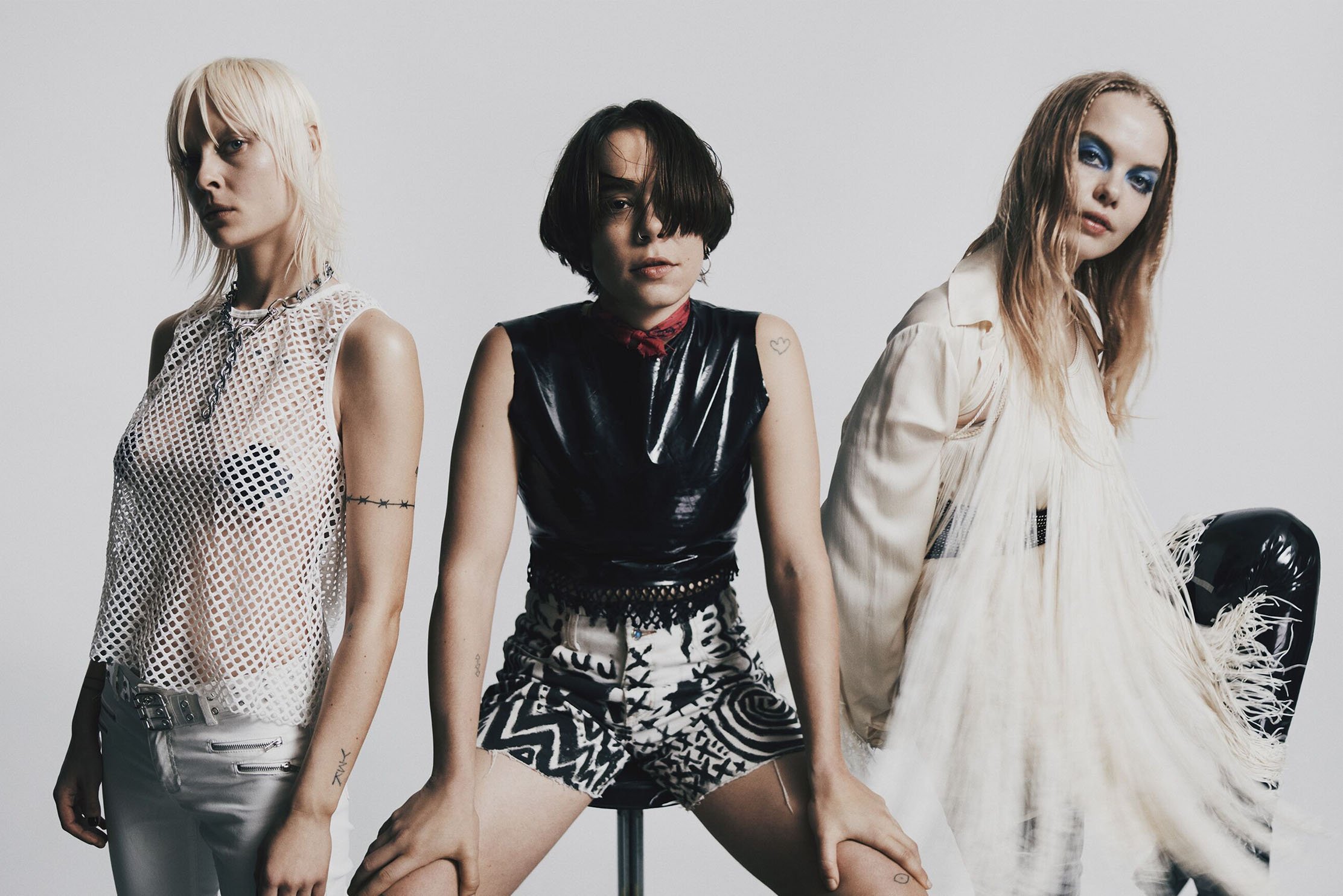 London-based trio Dream Wife – Rakel Mjöll, Bella Podpadec and Alice Go – will release their explosive new album So When You Gonna… this Summer, and today the band share the album’s title track, accompanied by a music video directed by Aidan Zamiri. So When You Gonna… follows the previously released singles Sports! and Hasta La Vista, and is accompanied by today’s 2021 tour date announcement and the release of episode five of the band’s womxn-centric podcast series.

“It’s a dare, an invitation, a challenge,” say the band. “It’s about communicating your desires, wholehearted consent and the point where talking is no longer enough. It promotes body autonomy and self-empowerment through grabbing the moment. The breakdown details the rules of attraction in a play by play ‘commentator’ style, inspired by Meat Loaf’s Paradise by the Dashboard Light.

“For the video for we worked with our favourite elf prince Aidan Zamiri who filmed around a free sweaty, sexy, gig we did for ours fans back in January – shot as a first person POV from the inside of a mouth. Performing live is the beating heart of this band and we miss it, so please take this video as a little love letter to the rock show”

Today the band also announce a UK and European tour for 2021. The tour kicks off in April with the final UK date at London’s Electric Ballroom before they head to Europe for a string of dates.

Dream Wife also share episode five in their So When You Gonna… podcast series. Having always been outspoken about holding up other womxn and non-binary people in the arts and creative industries, the band have– as they say in the record’s first single Sports!  –“put their money where their mouth is” with this new series. Each episode is a one-on-one interview with a different creative, connected with Dream Wife, about how exactly they managed to hone their craft. The band have interviewed friends, collaborators and people who also inspire them across multiple fields and hope to encourage their fans and listeners to start something new, to pursue their creative interests and also to provide advice in navigating these industries. The first episode to feature was the new album’s producer Marta Salogni discussing how to get into music production, followed by Bishi musician and founder of Women in Technology creative industries Hub, Ayesha Tan Jones artist, activist and non-binary witch, musician and artist Girli and today a brand new episode with live agent Adele Slater discussing what it’s like being a womxn in the live music industry HERE.

Dream Wife release So When You Gonna… on Fri 3 July 2020 via Lucky Number. Pre-order HERE