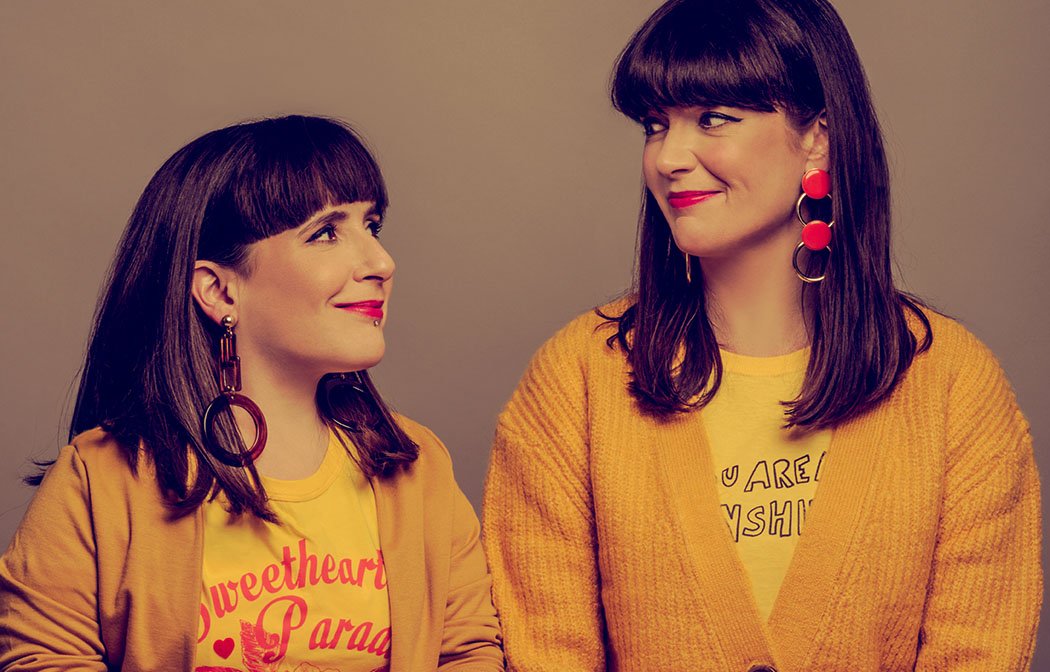 For many contemporary actors, theatre is their home – it’s where many start their careers; a place where they feel most comfortable. Actor and writer Lisa Hammond is known for her work ethic: over the past five years she’s written, directed and starred in all corners of the media, most notably playing the role of stall owner Donna Yates in EastEnders, a role which recently came to an end when Lisa wanted to pursue other projects.

“WE WENT DOWN THE ROUTE OF MAKING THE SHOW ENTIRELY THROUGH THE PUBLIC EYE.”

“It was a big change, being in Eastenders. I missed the theatre a lot – when you’re in a soap you can’t really pursue other projects.” Lisa comes across as always needing to create, she clearly has a passion for her craft, particularly when it involves long-time collaborator Rachel Spence. “We wanted to move on to our stuff so it was kind of the right time to leave that behind and explore us becoming a more serious creative partnership work-wise.” Rachel Spence’s background in debating helped inspire the duo’s creative process behind their acclaimed production No Idea, which started with nothing but interviews with the general public as a springboard to produce artistic material. The same methods apply to their new production Still No Idea, with both writers flexing their improv-comedy muscles in what Lisa described as being made entirely through the public eye.

It’s a unique production, one that takes the lesser-known process of improvisational comedy and brings it into mainstream theatre with a satirical edge. “It’s kind of personal to the three of us, that kind of process…” Lisa talks about the refined method of creating that her and Rachel use, along with their colleague Lee Simpson, who guides the overall process and uses his years of improv experience to streamline the quickfire nature of the production. “Each theatre company has their own methods of production but me, Lee and Rachel… That’s how we do it.”

The work that Rachel, Lee and Lisa do together is often a reflection of their own experiences; she talks about how other theatre companies that she has worked with tell you to leave your problems at the door, whereas with Improbable (Lee Simpson’s theatre company), and with the No Idea series in particular, it’s very much the opposite. “It’s part of the work for us, a lot of what me and Rachel and Lee end up doing is deeply autobiographical.” Lisa says that using this biographical approach makes sure that people can relate to the production, saying that if you’ve felt a certain way, chances are someone else has experienced that same feeling. “It connects humans, I guess. Well that’s the hope anyway… We find it interesting to shine a light on our own lives.” Lisa and Rachel have also collaborated on a short series for Channel 4’s Comedy Blaps production: the result, a show about fraud, theft and sexual mishaps called Lowdown, worked in a similar way to No Idea, but with the added pressure of television. “It was a steep learning curve…” One that Lisa describes as a quickfire, manic atmosphere.

In comparing her love of theatre to her established television presence Lisa says that they’re too intrinsically different to compare, but she talks about the theatre with a much more impassioned outlook. “In that moment when you’re on stage there’s nothing the directors the choreographers or whoever your team is can do because you’re the one doing it.” I find Lisa’s return to theatre unsurprising after the end of our conversation, where she states: “Gun to my head, if I had to choose between T.V. and theatre, I would choose theatre.” It’s an appropriate ending to our chat, and one that perfectly summarises Lisa’s artistic leanings and relentless creative process, which I’ve no doubt will translate when she takes the Dome stage later this month.