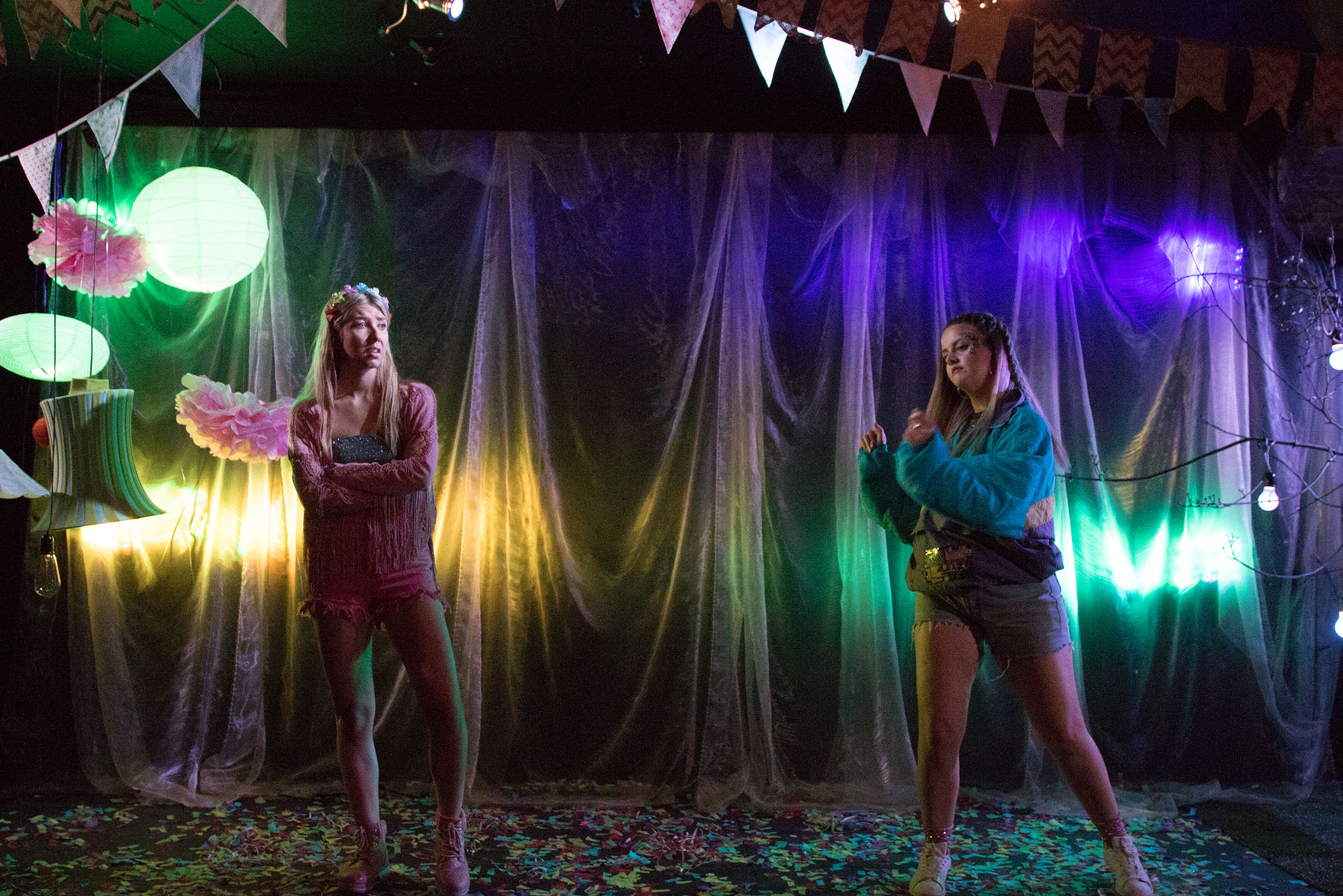 Why does swearing sound so good with an Irish accent?

Scarlet is a bit of a princess. Festivals mean glitter and social media but essentially, she is not a big fan of the festival scene. She comes from the right side of the tracks and is at Electric Picnic in county Mayo with her bitchy friendship group and her rugger bugger boyfriend. Joni is from the wrong side of the tracks.

Festivals mean hedonism and shoving drugs down your neck. She is with a group of degenerate friends and is single. Not everyone finds lesbian love in a portable toilet at a festival, but it happens to this pair. 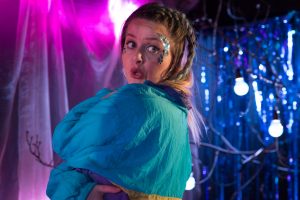 his play is a comedy about the class divide in Ireland, festivals and maybe about being in your 20s. Everyone in the UK understands class divide but I am English and wish I knew the Irish nuances as it is there that the humour really sits.

The two actresses play all of the characters as well as being Joni and Scarlet. Incredibly well-timed and well-acted, the plot involves different locations, character and even a karaoke and dance routine. In an instant, Hardiman switches from playing princess Scarlet, all short shorts, boob tube and fake flowers in her hair, to Joni’s degenerate friend with his hands down his pants, his pissed and stoned drawl and one eye mostly shut. We have all met this guy in his many forms and Hardiman portrays him marvellously.

When I look at the audience, I realise the two actresses are perhaps the youngest people in the room. Are the audience festival goers now or back in the day? Are they Irish? They are definitely not 20, so I am guessing it must be one of the above that brought this lot to the show.

The script is fantastic and so is the delivery, but I found the names of the different characters difficult to remember and some of the class divide jokes – different Irish locations, colloquial accents and very Irish perspectives, were lost on me.

But I wish I knew them because, somehow, I can tell they are funny and that these jokes have been added in to perform the humour I love – observational comedy.

What’s on in Brighton’s theatres this September and October 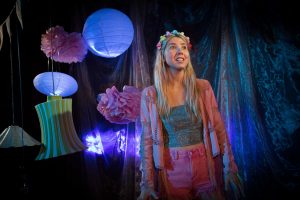 Comedy where you laugh at yourself, what you say and how you think, because of where you come from and how you were brought up. The play is energetic, well-acted, is full of festival references and is a bit of a riot. My favourite part is where they access the hippy-dippy spiritual drug-takers raving it up in the forest.

Anna-Lily, the shoe-less, long dress flowing, American with her auras and colours.