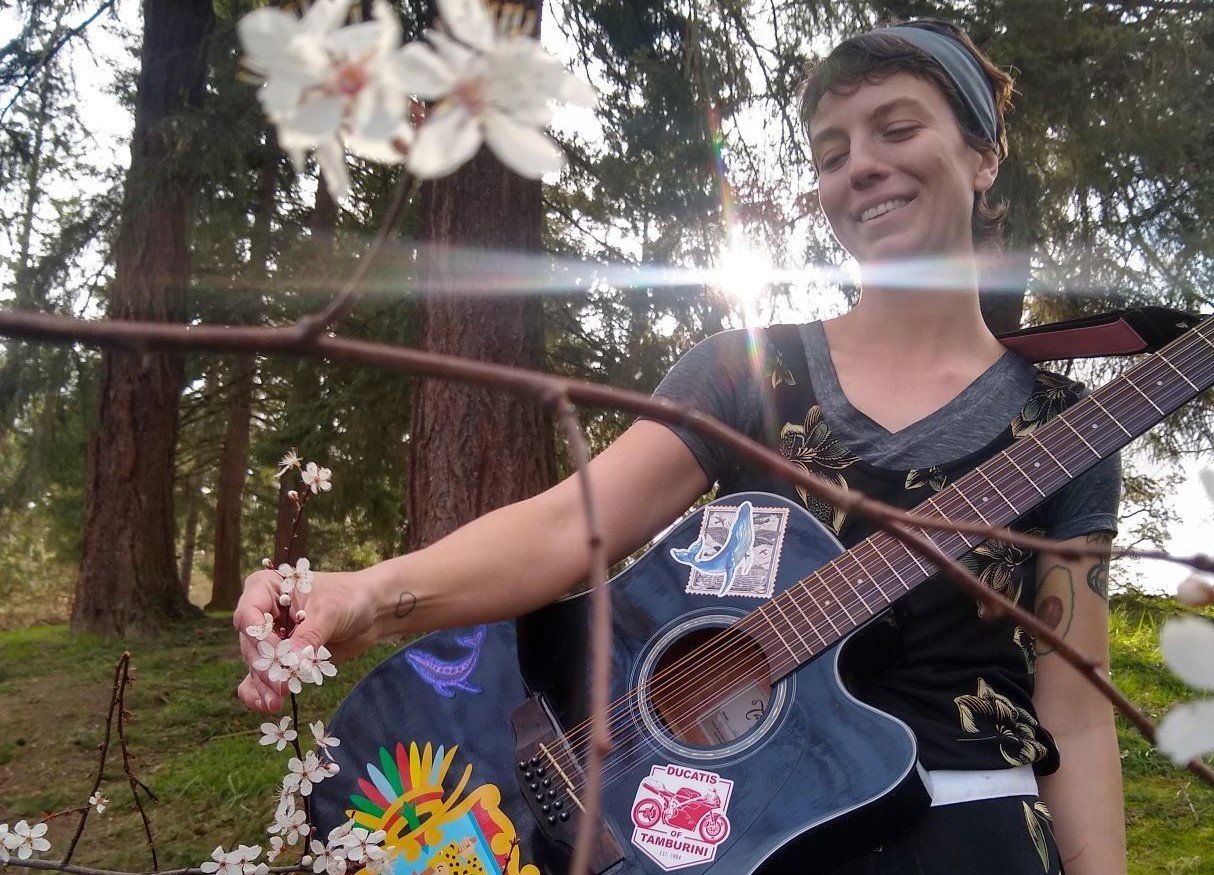 Portland-based mystical musician R Zak has just released a breathtaking catalogue of Dreamworld Electro-Indie-Folk Masterpieces. A stellar follow-up to her early 2021 release, Gracela of Floating Love, her ethereal titles share a likening to Scottish dream pop legends, the Cocteau Twins. The album, titled Dialectics is an embodiment of work that represents the journeys, inspirations, and life experiences R Zak has lived through. Welcoming the BN1 team into her unique and kaleidoscopic world, she chats all things music, songwriting, and what makes her tick.

For those who have just discovered your music, how would you describe your sound?

It is trippy, ancient, and interstellar. At least that’s what I’m going for!

Can you tell us more about your latest release Dialectics and the themes behind the album?

The name Dialectics refers to the inter-dependence of opposites. It also refers to a way to resolve differences. The root of the word refers to conversation. Every piece on the album is a conversation between worlds, which can be taken literally and figuratively. I have used the melodies of the Cantigas de Santa Maria (transcribed by Chris Elmes, Gaita Music Publishing), Spanish hymns which are over 700 years old. You could say that medieval Spain is a world that this album inhabits because of the power of the melodies. I have paired these melodies with poetry from modern Spain, Ireland, and the US. The melodies and poetry interact in surprising ways. On the album, I was trying to process all that with a pop music sensibility!

Dialectics is not just a collection of songs, it is also a work of art. From working with a visual artist for the cover, as well as lyrically worshipping the works of poets new and old, how important is collaboration and surrounding yourself with art?

It’s absolutely vital to me. Lizeth Niño (the cover artist) and Sydney Acosta (lyrics for Silver Slow Moving, also a visual artist) have been inspirations to me for years. I wouldn’t be who I am without them. I take refuge in art and I like to surround myself with other people like that. Mary O’Donnell (lyrics for Atomic Elegy, Reading the Sunflowers in September, and Secrets That Are Not) is a poet whom I found out about by shopping at Ulysses Bookstore in Dublin, and she has graciously let me use her poetry as well. The humanity behind great art is what makes it great.

Where does the inspiration for your music come from?

My inspiration comes from nature, activism, and music that moves me. I love interacting with nature, even if it just means watching the sky. By activism I mean, making conscious choices about what I want future generations to learn from my music. As far as musicians who inspire me, lately, I can’t stop listening to Koffee, Burna Boy, and Trap Symphony. Reggae and hip hop are close to my heart since playing with the Summit Dub Squad, and long before that. I also love indie neo-classical sounds like Kishi Bashi, Fiona Apple, and Bright Eyes. I also try to emulate Bjork with all I have.

You trained as a classical musician, specialising in viola, but your career as an artist so far has taken you off the beaten track and out of the classical world. To date, you’ve played the viola in everything from reggae collectives to hardcore punk bands, as well as touring with indie band The Apple Miner Colony and opening for the likes of Buckethead and Beirut. Do you think this amalgamation of sounds and genres is what makes your sound so unique?

Some people might find my music unique or surprising because of all the different influences. I guess I don’t find my sound surprising since I live and breathe it. To me, it feels like the natural meld of the sounds that I’ve experienced. I am lucky that the bands I played with set strong examples for me, and helped me become more confident at expressing myself and owning my uniqueness.

Even though you trained in classical music, you’ve stated that there’s “no training or even protocol when it comes to real music-making”. What advice would you give to young musicians who are starting out in the world of songwriting?

I would advise them to trust themselves and start writing down their ideas. If they’re waiting for inspiration, they should remember that it’s more important to set goals, and then work toward achieving them. Inspiration usually arrives in the form of a willingness to work hard. Also never try to fit in, because most likely you’re better than the people you’re trying to fit in with. 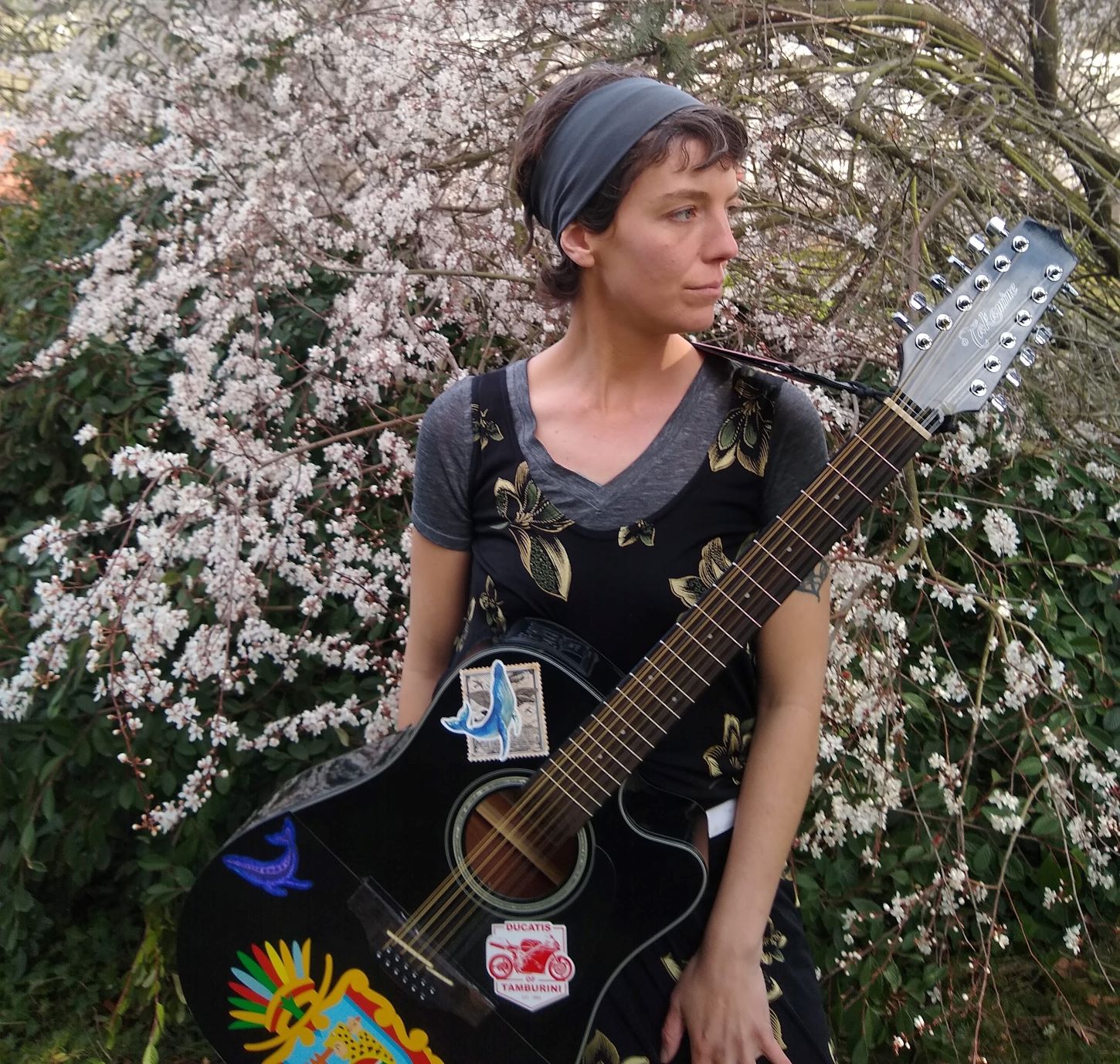 You’ve already lived an incredibly interesting musical life and have immersed yourself in many different cultures. Stating you did some light hitchhiking “because it seemed like a necessary rite of passage for certain music scenes,” do you feel as though these travels and experiences have deepened your love for music as well as given you a broader depth of knowledge and inspiration when it comes to songwriting?

Yes, all those experiences were connected with music in some way. Weirdly, they were all connected with apples as well. Once was after a tour with the Apple Miner Colony, and I caught a ride with an apple truck. Another was to go to an apple festival in Wisconsin, and I played folk music with my roommate along the way. Nowadays I wouldn’t travel that way, as it is verifiably not safe, although the experiences were indeed interesting!

Can you talk us through your production process and how you construct such a unique sound?

For many of the songs on this album, the first step was to find poetry I couldn’t live without and then pair it with a melody from the Cantigas de Santa Maria. Then it was to construct chords on the guitar or ukulele, followed by making a rough recording, and polishing it up little by little. I also used a variety of acoustic and digital instruments. That part of the process can either go really quickly or it can take months, depending on the song. To finish up the project, I got a lot of great feedback from producer Yang Coltrane. He and Jason Morrison really helped so much to get a balanced, polished sound.

What does 2021 have in store for the trippy, folksy world of R Zak?

I love to play Irish music with violinist Erin Carey, and I hope to do more of that. This summer might see another album. Mostly, I’m hoping to enjoy life and spread good vibes! Vibes = sound waves = music.

To delve into the interstellar, ancient music-makings of R Zak, head to SoundCloud to listen to Dialectics.