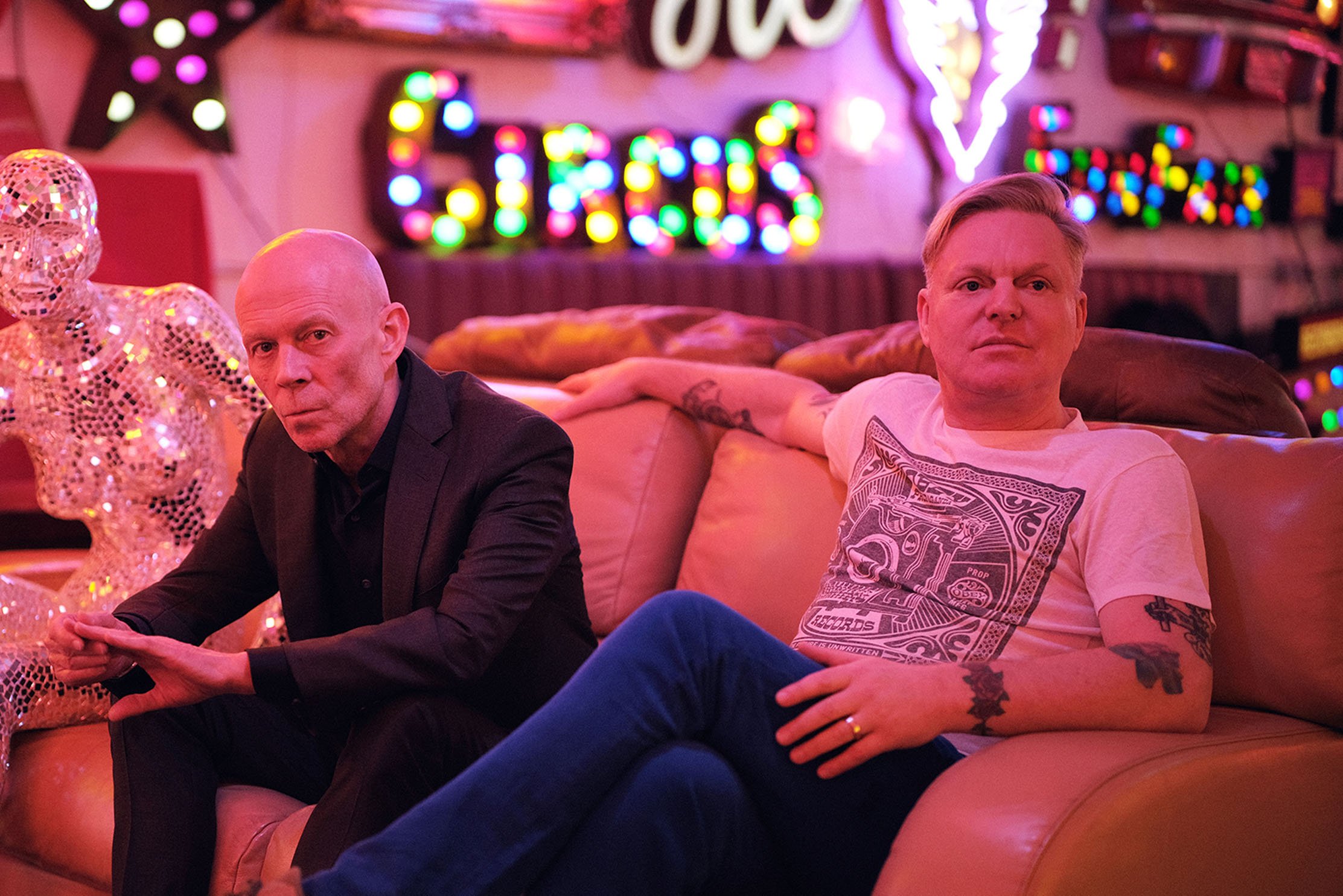 Like almost every normal person, Andy Bell has been subject to the turmoil of lockdown Britain – unusual scented liquid soap, facemasks and long hair. So now he’s taking some matters into his own hands. “As my hairs getting longer, it’s falling out all over the place,” he tells me. “I just got the clippers out and I’m a skinhead today. I feel really good!” Of course, the Erasure singer’s distancing experience is generally a little bit less ordinary. He’s been apart from his husband, who lives in Miami, for months now. And there’s the prospect of releasing a new album while unable to do a tour.

This 18th studio collection sees him, and bandmate Vince Clarke, return to true pop-tastic form.  Titled The Neon, it conjures images of youthful exuberance, optimism and energy. While its name creates the illusion this pair are wistful for the glory days, it might just be their most urgent and contemporary work in ten years. Bell acknowledges the duo occasionally struggle to shake off their past, especially considering Clarke’s iconic keyboard sounds. “There’s no escaping the 80s… I’d have to kill Vince!” he tells me with a laugh. “Those are all his synths – they are the sound of the 80s. It does sound like an amalgamation of all of his last three bands.” Across the album’s ten tracks, it’s clear the pair have cleared out any cobwebs. “We’ve been together for 35 years. Like any artist or worker, you go through periods when you’re really down… and then you come out of it. It’s just life cycles.”

A big inspiration was seeing a BBC Four documentary about Pretenders singer Chrissie Hynde and her experiences of moving to Britain on her own. Her favourite thing would be heading out in the tour bus and doing gigs up and down the country, losing herself in her work. It encouraged him to take stock of the joy he felt as a teenager when consuming music. So, the album stands almost as a collage of pop sounds through the decades, not offering any obvious sonic reference points, but a collection of warm feelings and beautiful textures. “As you get older, younger people always think something’s new. I just wanted to recreate this feeling of the excitement when you’re a 15 or 16-year-old, when you go out and are buying records for the first time.” It stands in direct contrast to their last outing, World Be Gone. While considered downbeat by many critics, it provided bold and innovative reassurance the pair didn’t always feel obliged to produce shiny pop nuggets. He’s almost resigned to the knowledge that people might not like them being too serious.

They’ve carved out a special niche during their career and guarded it fiercely, writing instantaneous pop bangers which your opiniated cousin can’t help but whistle, whilst providing a rambunctiously flamboyant public image. Bell’s average stage gear can still charitably be described as glittery hot pants and a mesh vest, and he’s not becoming boring anytime soon. Forming 35 years ago, they’re capable of producing innovative music and rocking huge stadiums. Only three years ago, they were special guests on Robbie Williams’ arena tour and getting venues like the London Stadium jumping. Bell says he keeps trying to stop shows of those size, slyly suggesting he’s too unfit to run around massive stages anymore. It might be a reluctance spanning his entire career though. Supporting Duran Duran on a huge tour in America, he caused hysteria amongst legions of teenage girls, simply because he was wearing a tutu. “Then we supported Bowie in South America. The crowd were shouting: ‘Puta! Puta!’ Which means whore! And they were throwing loads of things at us. There’s all these military police at the back of the stage, and I’m thinking: ‘Fucking hell! Who are they here for?’” 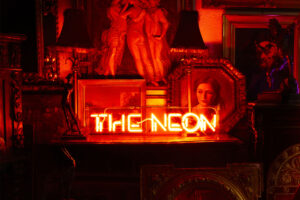 The new album, with its grimier and more dancefloor-friendly sound, provides a possibility of opening the band up to a new generation. And, they come from a decade which is still influencing fashion and music. “It’s sometimes weird, because we have these people remix our songs and they make it sound more 80s than the 80s actually were. They can choose the naffest things… like those great big drums from rock ballads. It can be the strangest thing.” But then fashion is unpredictable, and often uses just the merest glimpse of something when reinventing it. He jokes most 20-year-olds don’t know who Erasure are, so the new album might even get them perceived as a brand new band.

I suggest that by a similar point in his career, Cliff Richard had done Mistletoe & Wine, and had rendered himself irrelevant. “Oh God,” he says, with a sigh. Pondering for a moment, he firmly says when his voice starts fading, he wouldn’t want to keep performing. Again, he says how lucky he’s been. It’s something we keep returning to. The staggering good fortune of being a globe-trotting pop star, while still managing to maintain a relatively normal private life is not lost on him. He’s happy to fly a little bit under the radar. There have been rimes when Erasure were phenomenally popular and appeared on TV every week, but he says the pressure eventually hits saturation point. “I love my anonymity. You can just wander around. Sometimes people say: ‘Didn’t you used to that person?’ It’s such a balance. God only knows how it all happened.” There’s a full appreciation for artists like Kate Bush, who stay reluctant to re-enter the spotlight.

Which brings us back to our current isolation, perhaps the world’s biggest obsession right now. He hopes the shared experience might have taught us a few things, not least about communities, but how our society works and what we’ve done wrong. He freely talks about his views and hopes, but Bell wouldn’t immediately describe himself or Erasure as ‘political’. “I do drop things in surreptitiously. But I like a peaceful life. Being out-gay and HIV is enough of a political statement in itself.” Perhaps simply being themselves and rewriting the rules on expectations for a pop band is still a revolutionary act.

Tentatively Erasure are arranging a tour for next year to promote The Neon. Bell quips he was perhaps relieved when lockdown came in, as he wouldn’t have to get fit for live dates supporting the album. It can take the best part of six months to get into a physical and mental state for a tour. Not that he’s a ‘lazy cow’ all the time. Like all of us hitting the gym comes in fits and starts. Even if he’s not feeling bold enough to don some big knickers and a bit of tinsel, he’s not going to let anything stifle his fabulousness. “Last time, I just wore a long golden dress, and sang Heart Of Glass in some glass high heels…”.