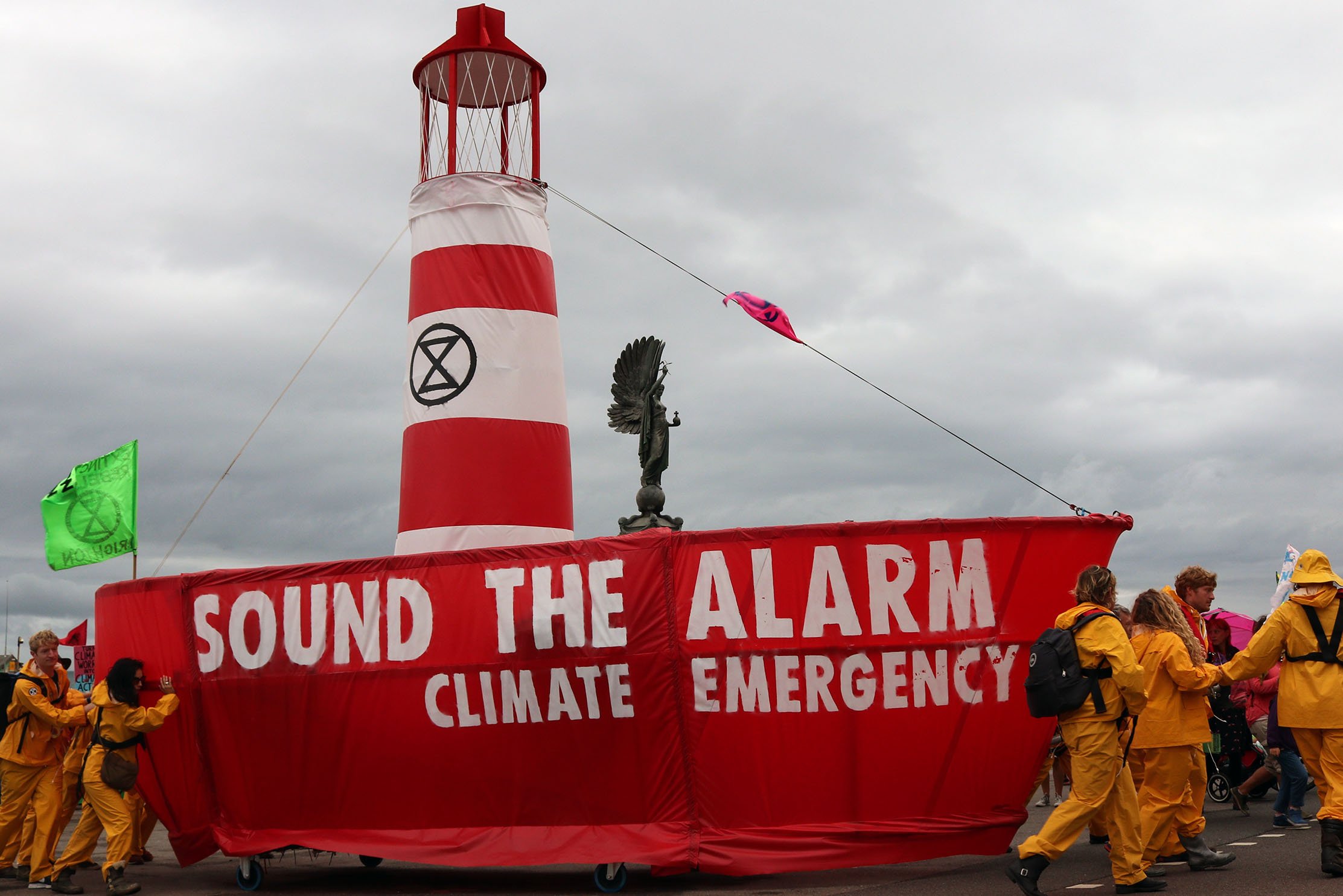 Extinction Rebellion activists will begin pushing a 20ft model boat fifty miles from Brighton to London on Sun 30 Aug, to join the organisation’s “national rebellion” in the capital. It is expected to take the activists six days to make the trip with the red and white model lightship. The boat, dubbed Greta, is used by the campaigners to symbolise sounding the alarm about the climate crisis.

The launch is one of a series of events in Brighton planned for the weekend by local branches of Extinction Rebellion, which will feed into nationwide demonstrations. 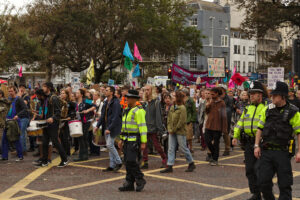 From Tues 1 Sept onwards, Extinction Rebellion groups from across the UK will be demonstrating at the Houses of Parliament, reiterating the organisation’s demands for climate action. On Sat 29 Aug, at 12pm, concerned members of the public will rally at Pavilion Gardens and march to Brighton’s seafront, demanding immediate government action on climate breakdown, climate justice and the struggle for social justice championed by Black Lives Matter.

Protesting under the banner ‘We All Want to Live’, the march is jointly organised by Extinction Rebellion branches in Brighton, Worthing, Shoreham and Lewes with the support of local Black Lives Matter activists. The two organisations are collaborating in recognition that climate breakdown and social justice are deeply interconnected. “We cannot ignore the intersection between the climate crisis and the profound and more frequent occurrences of black and people of colour being the victims of climate change,” said a local activist for Brighton’s Black Lives Matter Group. “Climate change is already taking its toll on the Global South, and will continue to disproportionately impact Black people and People of Colour all over the world. Climate change is the result of a legacy of extraction, of colonialism, of slavery.” 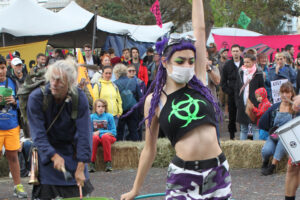 The day before, Fri 28 Aug, a “bike swarm” will take place at The Level. Dozens of cyclists will congregate at 6pm. These  will also take in the following day’s march, before setting off on a mass ride to join events in London. “The government knows that global heating means catastrophe – chaos, fires, flood & famine and we are already seeing these effects around the world and here in the UK,” said Claudia Fisher from Extinction Rebellion Brighton. “The United Nations estimates there are already 25 million climate refugees – and this number is expected to double over the next five years (i.e.: less time than it takes to make it through secondary school). And it won’t stop there – the Red Cross believes that as many as 1 billion people will be displaced by climate change over the next four decades.”

Under the 2015 Paris climate accord, countries committed to reduce their carbon output and halt global warming below 2 degrees Celsius — and if possible, below 1.5 degrees Celsius — by the end of the century to avoid the worst impacts of climate change.

However, according to the World Meteorological Office (WMO) report, there is around a 20% chance that one of the next five years will be at least 1.5 degrees Celsius warmer than pre-industrial levels, with the chance increasing with time.

“Our house is on fire and yet our government does nothing to protect us and others around the world. It’s time to listen to the scientists,” Ms Fisher added.

Extinction Rebellion UK are calling for the government to pass the Climate and Ecological Emergency Bill which would bind it to find ways to reduce carbon emissions in real terms with immediate effect. 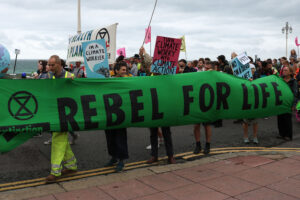 Its members are committed to taking non-violent direct action to force the government to put the climate crisis at the top of its agenda. It has three demands: