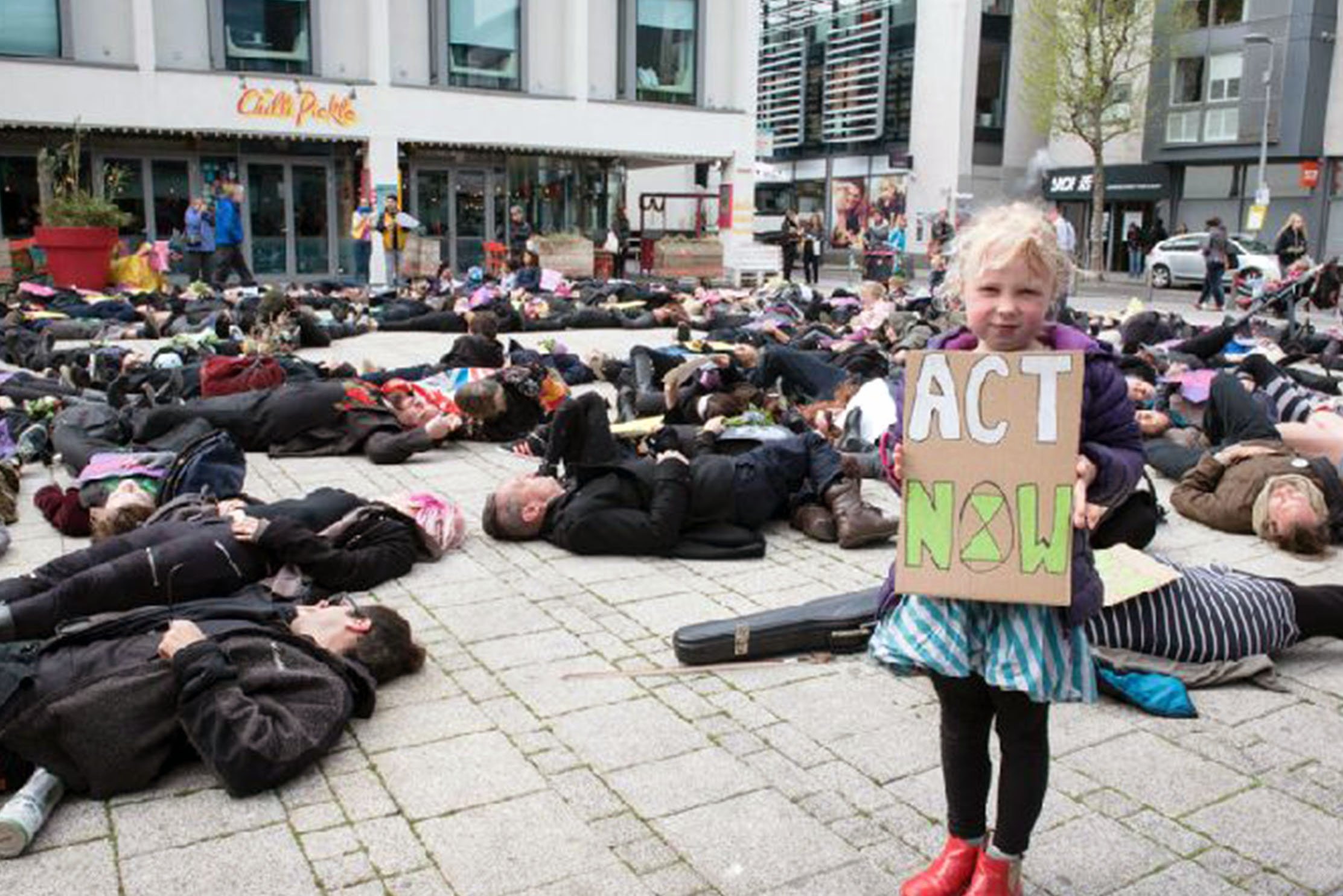 When your 11-year-old daughter bursts into tears that the grown-ups aren’t doing anything close to enough to protect the world from a mass extinction, you’ve a parental instinct to comfort them. You might want to say that it’s all overblown fearmongering, that technology will prevail and we will all live happily ever after.

But she knows you can’t assure her of that. She knows Nasa publicly announced irrefutable evidence of manmade climate change in 1988. She knows you did film work for BP in 2001 that admitted to shareholders their business model had to refocus beyond petroleum, because climate change was going to wipe out their business. She knows that if a big oil company was admitting it at the turn of the millennium, six years before An Inconvenient Truth stormed the box office with a $50M worldwide haul and an Oscar for Best Documentary, then this wasn’t a movie of the week fad – it was real.

And as she and her mates protest against Government’s inaction, in solidarity with child prodigy activist Greta Thunberg – in the face of doomed Prime Minister Theresa May’s criticism they are wasting their time – she knows there is not much time left to waste. She knows Phillip Hammond’s claim that £1tn is too high to save the future of life on Earth, is paradoxically absurd.

Most importantly she knows in any debate, you are not entitled to your opinion, only what you can argue for. Not all opinions are equal. Some are backed by data showing 2018 had the highest global emissions ever recorded, the effects of which have put us into a mass extinction event of our making.

And so, she wins her argument. A bleak debate, over before it began. The only comfort I can give her is to get my lazy, apathetic, overworked self, involved.

So, I check out the snappy XR (Extinction Rebellion) with their cool brutalist logo, effective design style, and stripped back message: The time for denial is over.  It’s time to act.  Government must sort it out! 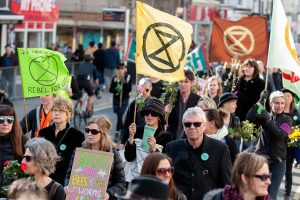 I speak to Rupert Read about the group’s emergency action on the Climate and Ecological crisis. He’s clear – this is not a protest. This is not just stating objection. This is action against those in authority. Against the normal ways of behaving.  The very definition of a rebellion.

The April campaign of Non-Violent Disruption put into practice the very heart of what writer George Monbiot hailed in XR’s Declaration of Rebellion: “The only time that people know it is serious, is when people are prepared to sacrifice their liberty in defence of their beliefs”.

The triumph of the two-week disruption came with an unprecedented amount of political and public attention drawn by the arrests of 1,130 teenagers, students, pensioners, academics, nurses and doctors peacefully supporting the XR campaign in London. The strategy of the Met to refer as many cases as possible to the CPS is seen as deeply flawed; strengthening the message of rebellion by making Martyrs of non-violent protestors.

Showing surprising respect for the police, Rupert explains law enforcers are just doing their job, and XR supporters are warned that their actions could lead to imprisonment.  What politicians have not considered is protestors are prepared to go to jail because the end of the world is more urgent than comfort. Floods, wildfires, extreme weather, biodiversity loss, crop failure, mass migration and the breakdown of society make an assertive Met look like the henchmen of deluded MPs.

The transparency of the XR website led those wishing to derail the cause to attack its founders. A farmer, a doctor and a Greenpeace sales rep set up ‘Compassionate Revolution Ltd’ in June 2015 with an aim to develop the best tools for affecting change in Government policy. As shareholders in the Rebellion, critics attack their financial incentives along with the lack of stance on issues as wide as economic modelling to the controversial roll out 5G.

Rupert explains the thousands of worldwide members in the XR church represent a broad base, but the issues XR deal with are focused. Extinction Rebellion is not there to provide an answer as to HOW we stop extinction. They want an independent Citizen’s Assembly to do that.  Their job is simply to call for a seismic change in focus to tackle an urgent problem that, as Mathew Todd wrote in The Guardian, the media has had all “the urgency of a quiche recipe on daytime TV”.

As I contemplate the subversive use of a limited company to change capitalism, I wonder how to tell my daughter that currently the best option for saving the world is to get arrested.  “For many, it is a necessary price to pay to protect our children from what is coming,” XR said in a statement after the April arrests.  Cold comfort indeed.