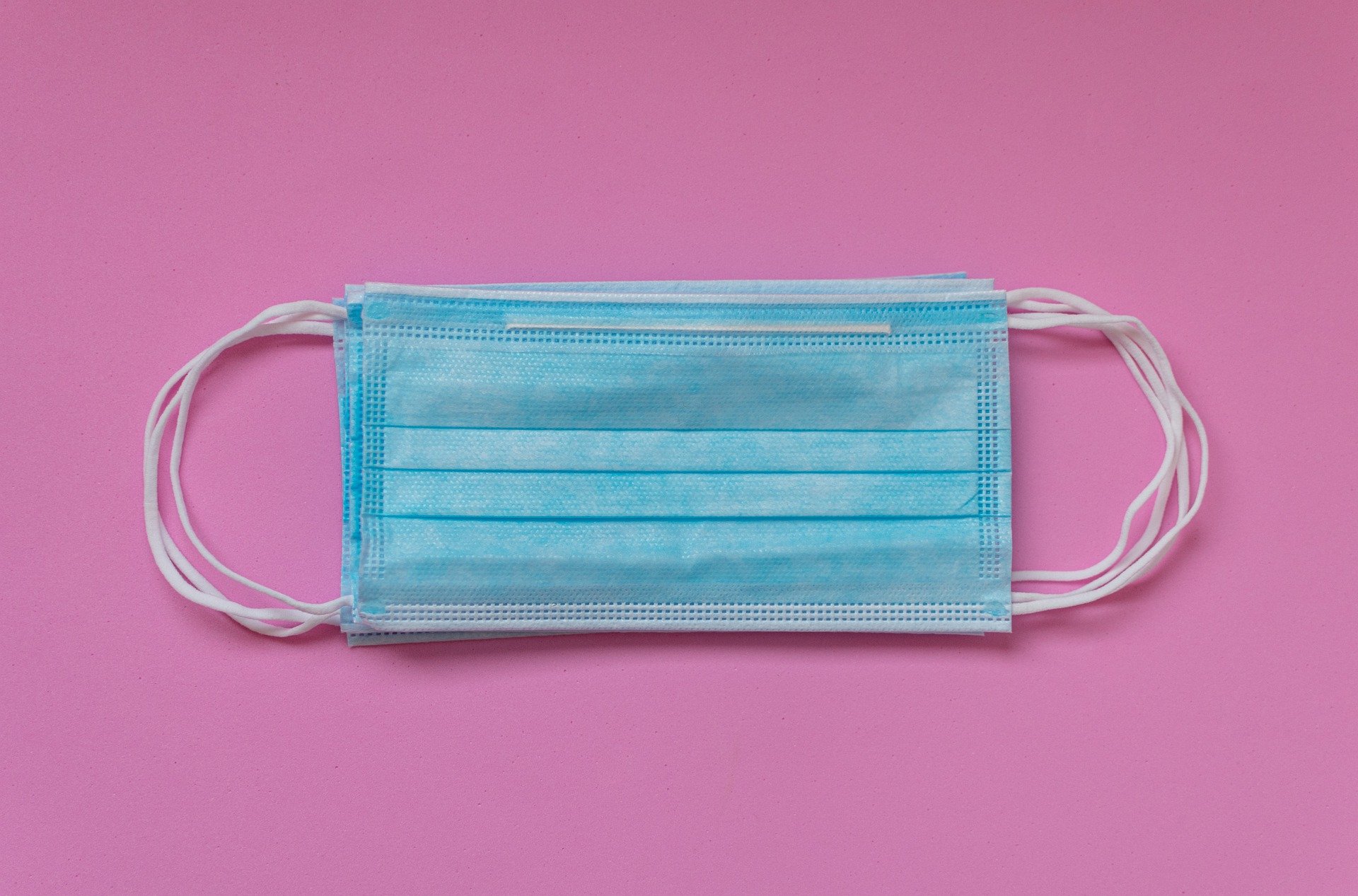 One of the surprising things about the pandemic has been watching the way certain markets have flourished (hot tubs, jigsaws, drive-in movies) and, in some cases, even been created by it; seeing them grow from cottage industries to the mass market. The most obvious of these must surely be the new and surprisingly haute couture market for face masks.

There have, of course, been face masks around for years, but these were worn in the minority, certainly in this country, and tended to be the standard blue and white, basic face mask that comes to mind when you think of Holby City (if anyone ever thought of Holby City). But this time last year, if a friend had suggested investing in their burgeoning face mask business, you might have sat them down to have a serious discussion about their alcohol intake. The idea of there being a global market that sold tailor-made and designer face masks, would have seemed ludicrous.

But, amid the politics of whether we should be wearing masks or not, that have seen protests throughout the world, including this weekend in the Spanish capital and in July in London, the wheels of capitalism and the free market kept whirring as rapidly as ever, leaving the debate and squabbles for others, preferring to focus instead on pattern choices, pricing points, and the quickest way to set up production lines.

And before we could say “seriously, Boris, when are you going to admit you’ve fucked this up and resign,” a global market worth $460 billion (I’ve obviously just made figure that up, but it got your attention back) had proliferated throughout the world.

As with any new trend, the fashion world must be desperate to have their models striding down the catwalks once again, now showing off their versions of face masks. Of course, they’d be tailored to be as eye-catching, impractical, and utterly unappealing as the monstrosities they normally wheel out in front of the seemingly blind audiences, who all whoop and holler about the latest abominations that some poor thin people have had to heft down the weird little stage and back. Might they produce face masks with real teeth attached? Some three-foot inflatable wings? The dangling tendrils of Zoidberg from Futurama? An entire stuffed goose mounted on the front like Rolls Royce’s Spirit of Ecstasy?

Mercifully, in a rare example of a silver lining in this pandemic, we are spared such horror shows. But that hasn’t stopped there being a high-end market for what is essentially a flap of material you put in front of your mouth. And when I say high-end, I mean the normal “some bigwig fancy-pants has to outdo everyone else” high-end. This particular well-oiled blowhard commissioned an Israeli jeweller to make a $1.5 million face mask. Made from 18 karat gold and featuring 3,600 diamonds, this may be the most transparent example of one-upmanship there’s ever been.

The vulgarly wealthy aside, there is a serious fashion market for face masks now. From the playful style featuring (the lower half of) superhero masks or various mouths of emojis, giving you a perma-expression of impudence, shock, laughter, or any other emotion capable of being expressed in emoji form, to tailored masks that match your outfit for the fashion-conscious. And there is no shortage of choice: typing “face masks washable uk” into Amazon I was presented with 50,000 results – that’s 50 times what I was offered when typing in “underpants”!

The seriousness with which the market is taken is demonstrated by Vogue writing an article about the 100 best places online to buy a stylish face mask. This includes a multi-denim mask (denim!?) by a designer called Romeo Hunte for a mere $75, an Emilio Pucci designed mask featuring a 60s print for $85, or a cotton one by Akris and a gingham one by Proenza Schouler, both retailing for $100. A hundred bucks! Are people so shallow that they feel they must demonstrate their wealth so ostentatiously, even when it comes to such utilitarian items? Sadly, I suppose the answer is a resounding yes.

And the nascent trend has already transcended the fashion industry and been introduced into subsidiary markets such as sports. Formula One teams have been quick to get their designers to roll out branded masks for all their drivers and engineers, the most eye-catching being Ferrari’s, made in its trademark rosso corsa (racing red). (It’s about the only decent thing that the Ferrari team have designed this year).

It’s equally noticeable how quickly every Premier League club clad their players in branded masks, the team’s emblem daubed across them. And of course, these provide an extra revenue stream for clubs, much needed, although sadly a drop in the ocean compared to the lost ticket sales. Tottenham Hotspurs fans are provided with a choice of three for either £5 or £6 (all of which are claimed to be a best seller on their website. I’m not sure what constitutes a best seller, but surely only one of them can be the best seller – unless best seller these days just means, seller.) Manchester City offer a three pack for £15 (three different designs), whilst Brighton and Hove Albion, offer an adult size (£7) and a junior size (£6) black mask with the BHA badge displayed twice on the front. Champions, Liverpool, incidentally, sell a 4-pack for £16 which, as if to confirm that these funny little patches of material are now to be thought of as stylish, can be found on their shop’s website under “fashion”.

Anyone who knows me (or has ever seen me) will tell you I am far from fashionable, and am very happy to admit that. (I try to maintain that that in turn makes me fashionable, but that doesn’t seem to fly). I am always late to the party with regards seeing the virtues and appeal of a new style of dress, although often come around in the end. And at this stage I sit on the fence of this new market – virtuous and self-expressive on one side, vain and ostentatious on the other. But then that, in a nutshell, is essentially what new fashion is, divisive, eye-catching, controversial and with some inevitable show-offs taking it to the extreme and spending eye-watering sums of money.

Perhaps the readiness with which this niche industry has sprung up and found a demand, is merely an expression of our need to find our way back to normality; to inject the mandatory and alarming with something more comforting, less stark, and with an element of control. It’s like a society-wide version of having our casts signed and drawn on by our friends when we broke various limbs as kids: making the most of a terrible situation.

The one difference between this trend and others, though, is that we all, even the designers and money-makers churning them out, want the reason for its existence to disappear, and therefore for this particular fashion craze to be a short-lived one. Let’s hope these strange but essential little bandit-masks, in all their infinite variety from the purely functional, to the outlandishly bejewelled, will soon be consigned to the same fate as shoulder pads and shell suits.