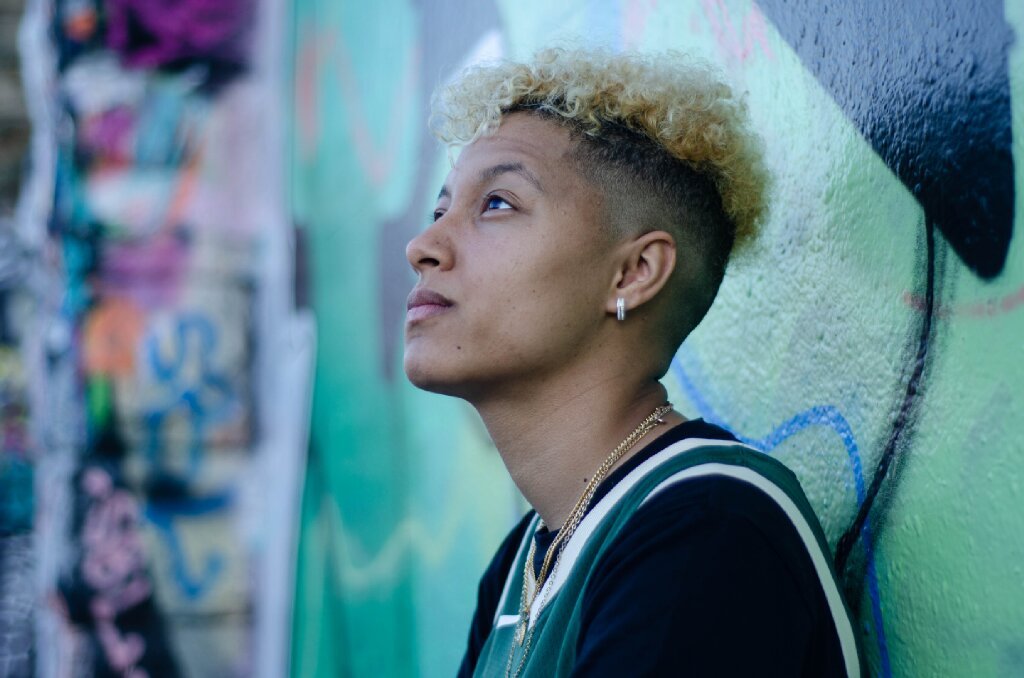 2020 saw the whole world grind to a halt, and the arts industries succumb to a global pandemic. But even a challenge as great as this wasn’t going to stop Newcastle-based rapper Kay Greyson from slowing down. The 22-year-old musician, dubbed the ‘hardest working artist in Newcastle’ has refused to let a year of live music cancellations and social distancing get her down, and especially not stopped her from making music. Having recently released her new single, Out of Time, catching up with the bubbly and enthusiastic rapper almost provided a sense of relief, and for a moment, it felt as if the world was back to normal for a while. Her energetic chat and positive outlook on life provided an infectious basis for what was to come…

“I always try to look on the bright side”, Greyson says. “I’ve used this time to get into the studio, to look at my music, and really develop as a musician. Going from performing three shows a day to nothing has been difficult, but I feel I’ve been given the opportunity of time. The time that wouldn’t have come along any other way, so I’m looking at it from a positive perspective.”

Following on from her last single Paris, which was her Soul Kitchen debut, Out of Time fuses the style and contemporary sound of modern hip-hop with the nostalgic and retro sensibilities of the golden era. Greyson aptly wrote the track on a “lockdown Saturday night when there was nothing else to do”, using the LED light a friend bought her as a gift as the inspiration for the song.

“I decided I wanted to make the soundtrack to the LED light”, she recalls. “I wasn’t doing anything, so I found a beat, and it sounded almost like an 80s pop track. I started writing the song, and from there it developed into an image of a girl.” She details how the girl became her muse, with her trying on a vast array of fashion styles, desperately trying to find herself and her identity. “It was like she was trying to find herself through her appearance, rather than looking inwards. It began to become quite autobiographical in a way, but I think it’s also talking about something that I’ve realised a lot of people struggle with.”

This internal struggle of self-identity, especially since the start of the pandemic, has seen a lot of young emerging artists find it difficult to continue the development of their sound and image. As someone who can relate completely to the abrupt cancellation of live music, as well as being a full-time musician, Greyson also lends her passion and spirit to community work, especially with young artists based in the North.

“During the pandemic, another artist and I have been running a project in the Newcastle area. We work with young artists who don’t receive any support to continue with their craft, so we make sure we keep in touch with them and keep them writing and recording.” With local music scenes and grassroots venues taking such a hard hit during this time, it’s refreshing to hear that industrial and Northern locations are regaining their voice and power, with creatives like Greyson at the forefront of the movement. Proudly hailing from the North East, you can hear the immense adoration she feels for her little patch of the world.

“I was part of a project just before lockdown last year where I was visiting very small schools in tiny villages in Northumberland – places where nobody goes. I arrived there to make music with the students, and they were all so talented.” She continues to detail how important it is to hone and develop your craft in your hometown, believing it is what makes you unique, but most importantly, what keeps you grounded.

“You can be your creative self right where you are, and make a success from it. It doesn’t matter if you’re from a small neighbourhood or you’re from off the beaten track. If you have a talent, it speaks volumes.”

With Greyson revealing how she has been writing music and raps since she was six years old, it’s no surprise she feels this passionate about her artistry and the importance of young people having the chance to shine through. It’s in her blood, literally.

“My dad is a full-time musician and has been since he was ten. I get the passion from him – I didn’t have a plan B and he was OK with it.” She continues, “my mum has always been very community-minded, and she always instilled into me how important it is to not just do things for yourself, but for the people around you, too.”

Greyson describes how lucky she is to have been brought up in such a strong support system, with her parents cheering her on every step of the way, even when she declared she “only ever wanted to be a musician.”

With family bonds and loving encouragement surrounding Greyson and all that she stands for, it’s easy to see why she loves what she does so much.

It will be easy to see Greyson in action soon, too. With plenty of headline events yet to be announced, her next big goal is to “go on tour once everything is safe.” Detailing how she wants to “take her music all around the country, and hopefully, all around the world,” it’s hard to envision a world where that doesn’t happen.

It’s not often an artist like Kay Greyson comes along. Bursting with passion, artistry, and an incessant love for the music she creates, she’s well on the way to paving a name for herself within the incredible pool of talent the UK produces.

To keep up with Kay Greyson and her soon to be announced events, be sure to follow her on Facebook