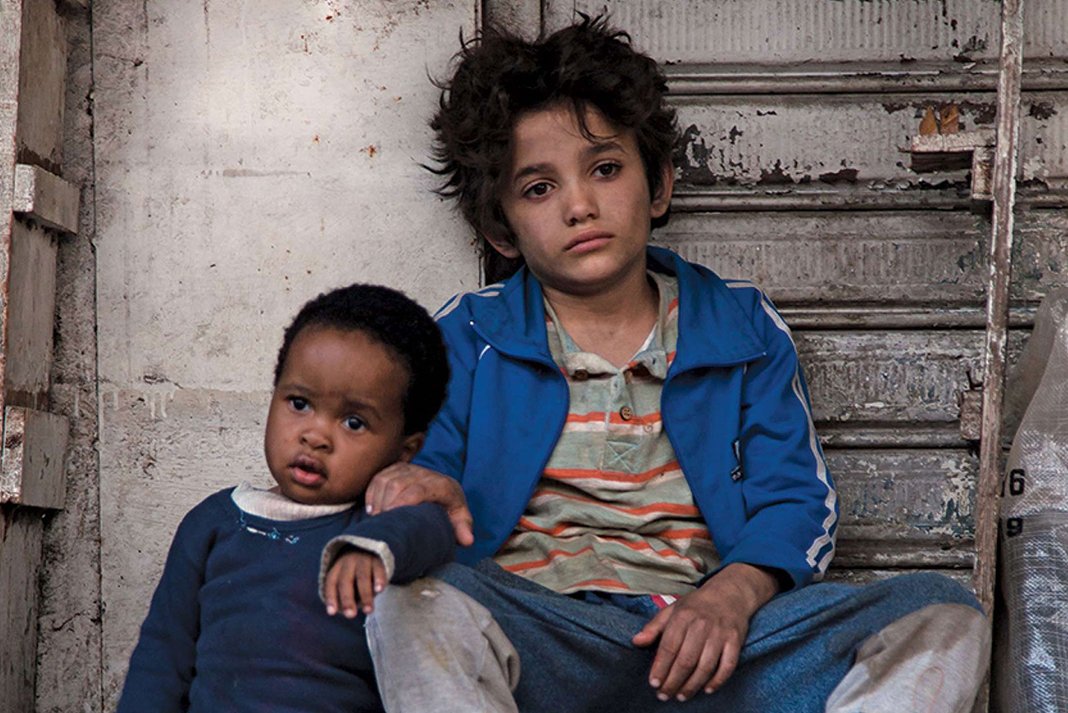 Capernaum is a Realist drama with minor discrepancies set in contemporary Lebanon about a prepubescent boy who’s sues his parent’s for being born after being imprisoned. In a series of flashbacks his journey to the courtroom is revealed.

As the Jury prize winner in Cannes film festival 2018 and Oscar nominated foreign film, I had high expectations for the film. Although I do admit I was a bit skeptical about it being another poverty film.

The foul-mouthed charming main character Zain, played by Zain Al Rafeea, is a boy around 12 from a large family who navigate through poverty. Instead of enjoying his youth he works to support his family.  Zain’s performance in the film was one of the rawest performances I’ve seen in contemporary cinema.

Another scene stealer was the character Baby Yonas, played by Bouluwatife Treasure Bankole.  Nadine Labaki must be a baby whisperer. It’s definitely an injustice that Bankole has been snubbed as a supporting actor in the festival and awards circuit. Labaki use of non-actors and minimalist direction approach worked well for Al Rafeea’s and Bankole’s roles and performances. However, the other characters faded in to the scenery.

Christopher Aoun’s documentary style cinematography is fitting with the realist drama. This paired with the camera being at Zain’s height urges you to feel sorry and protective of Zain and baby Yonas. Cutaways of the duo unsupervised on the street left me anxious and frustrated that there was no adult to help them and perhaps it was subtle call to action.

The overarching theme of the film is poverty.  In the beginning, it seemed as if the film was forming some sort of argument however this became more and more diluted. Themes such as child marriage, child labor, economic migrants, refugees and human smuggling were thrown in with little nuance and at times I couldn’t help but think ‘of course’. Shoving lots of issues concerning poverty into a two-hour film became distracting and made each individual sub issue less poignant.

It’s always refreshing to see films made outside of the Hollywood scope. Although some may say it’s another poverty parade film it does make the argument that this is reality. The truth is poverty will most likely continue to be a generational issue. The film made me feel frustrated, sad and on edge. The film is obviously political but I’m still unsure of what Nadine Labaki was trying to say. Nonetheless the cinematography and Al Rafeea’s and Bankole’s stellar performances makes up for some of the holes in the writing. I think it’s definitely a good watch and would recommend watching it on the big screen.