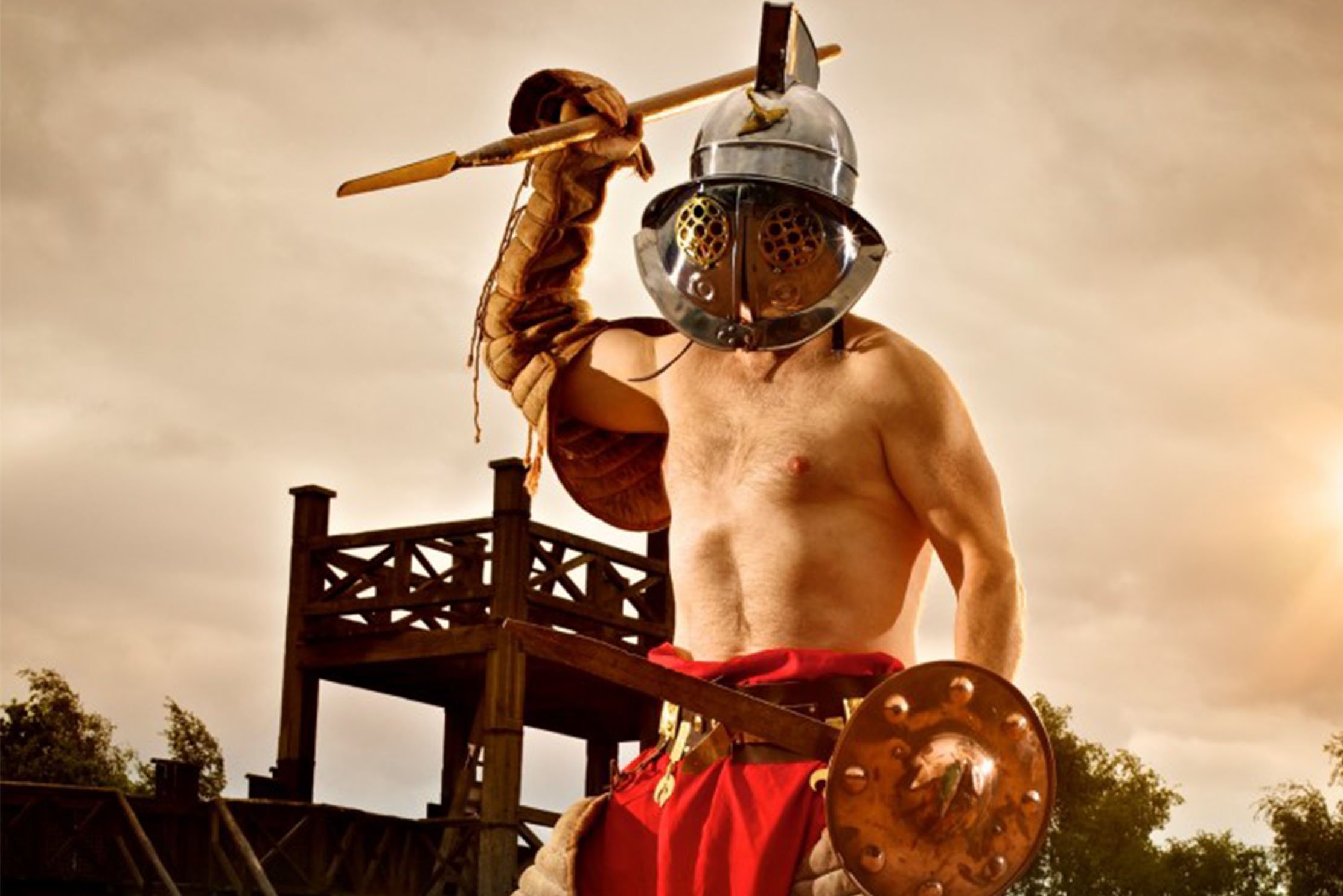 Visitors are invited to step back in time this summer as gladiators take up arms for battle at Fishbourne Roman Palace & Gardens.

The Palace, which is owned by, after last year’s event had to be postponed amid the pandemic.

The highly-skilled re-enactment society Britannia, who worked on Ridley Scott’s Gladiator film starring Russell Crowe, will bring their gladiators into combat in a mock Roman amphitheatre in the Palace’s formal garden.

Armed with just a sword, shield and helmet, the gladiators will show off different fighting techniques in a thrilling display before the crowd decides on the losers’ fate.

Melanie Marsh, property manager at Fishbourne Roman Palace & Gardens, says a wide range of people found themselves fighting for survival in the arenas of ancient Rome and Roman Britain. “Gladiators were often criminals, soldiers who had rebelled on the wrong side in mutinies, and slaves who were born and bred to fight. But there were also those who chose to be gladiators and risked their lives in the hope they would find fame and fortune.

“The renowned gladiators were the celebrities of their day. But of course, being a gladiator was brutal. People would be violently killed and everyone would go to watch – rich and poor.

“While the residents at Fishbourne Roman Palace wouldn’t have hosted gladiator games themselves, they would have known about them as there were at least 20 Roman amphitheatres in Britain – including one in Chichester.”

Over the weekend there will also be a range of fun activities to try, from gladiator training and sword practise to traditional Roman games, such as Nine Men’s Morris – a strategy board game still played today.

Visitors will also be able to taste Roman-style bread, cakes and other dishes, dress up in Roman costume and even go home with a realistic-looking gladiator wound.

The award-winning History Heroes, who make fun and educational card games, will be launching their first Roman-themed game over the weekend and families will have the chance to take part in a Roman trail and win packs of the new game.

Melanie added: “The Gladiators weekend at Fishbourne really brings the sights and sounds of the Roman amphitheatre to life.

“It’s almost like stepping back in time to ancient Rome and is always a thrilling event.”

Sussex Past, the trading name of the Sussex Archaeological Society, is celebrating its 175th anniversary this year after almost two centuries of protecting heritage sites and artefacts which shed light on thousands of years of Sussex stories.

A special exhibition of diverse artefacts and archaeological discoveries, The Sussex Archaeological Society: 175 Years of Collecting, is at the Barbican House Museum at Lewes Castle until 28 Feb2022.

Tickets can be booked in advance and are priced at £12.50 for adults, £5.50 for children, and £12.15 for seniors. Family tickets start from £18.50 for one adult and up to three children, and £33.50 for two adults and up to four children. Members, carers of visitors with disabilities and children under the age of five go free.