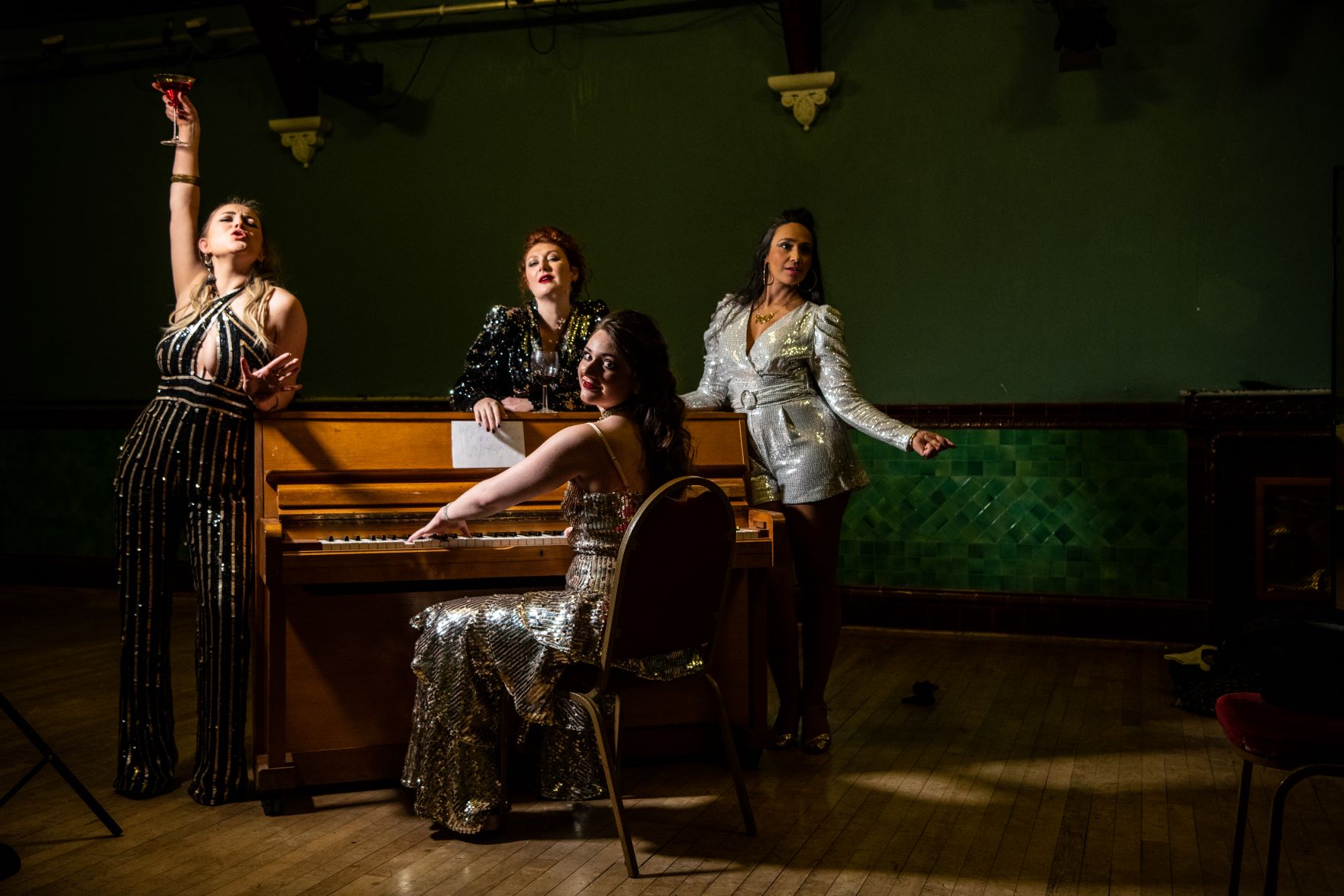 Waves of tingles from the top of my head to the tips of my fingers from the very first note of Flat & The Curves opening number, the hilarious homage to anyone’s best friend: the woman you just met in the loo. And the tingle-waves kept coming! In their debut show, the four singers shared stories of sex, scandal and sisterhood in a Gen Y and Z take on the Fascinating Aida genre.

Flat & the Curves is a gig-style musical comedy show with completely original music influenced by a myriad of different genres; from 90’s girl-groups, jazz cabaret and even classical prima donnas. And all tied up with pitch-perfect comedic timing. These divas are tal-en-TED. No subject was left unexplored in this celebration of fem empowerment. I laughed, I laughed some more…. I even snorted out a little gin & tonic during a particularly punchy period number. But most of all, I left insanely jealous of those outfits. And I wasn’t the only one – the girls finished to a thundering standing ovation this Saturday night.

Flat & the Curves (@flatnthecurves), was created by Issy Wroe Wright (producer of the successful musical comedy sister show to Shit-Faced Shakespeare, Shit-faced Showtime), and two award-winning writers: Katy Baker (The Four Femmes on the Thames – Musical Comedy Award Winner 2017) and multi-instrumentalist, Charlotte Brooke (Musical Comedy Best Newcomer 2019). The group is completed by the incredibly talented singer – songwriter Arabella Rodrigo. Issy was a glittering, sultry star throughout the show, who never missed a beat, and who I frankly, couldn’t keep my eyes off of! I can’t stress enough how impressed I am at the ingenuity of this group of girls, the writing, the music, the delivery – it was everything.

I was shocked, awed, and frankly amazed at the audacity of Arabella Rodrigo (@arabellavocals), who took on the first solo performance of the evening. Not only did she hit the most stunning, lengthy and impossibly high notes I have ever heard in live performance, but the woman did so with crystal clear quality, whilst on the floor, legs flung in the air, enthusiastically re-enacting her antics at the neighbours swinging party she had accidentally attended. It was a feminist moment.

Charlotte Brooke (@charlottebrooke) is a goddam icon, an extremely talented multi-instrumentalist and singer who can deliver dirty one-liners in that dead-pan sort of way your favourite auntie does. In her solo moment, she truly spoke to me concerning the plight of the gluten intolerant in this world – no joke, I suffer from it, and I truly felt seen and heard in this moment.

A few more stunningly original and gorgeously harmonized numbers later (including a lockdown-inspired Mother Nature tribute dripping with innuendos), Katy Baker (@katybakeractress) seamlessly took us from a group song about yet another hen-do where you have to pretend to be nice to all the friends you hate while mainlining prosecco, to an effortlessly cool, jazzy, spoken word piece about, *gag*, hangover hell.

An enthusiastic 5* from me!

I lived and breathed, and I shall say no more because I don’t want to ruin it for you when you go see them this Sunday 22nd at the Warren on the Beach at 2.30pm > Tickets Here!

If you can’t make it this Sunday or live further afield Flat and the Curves are also playing in London @ The Two Brewers, Clapham on 22nd October, 8pm 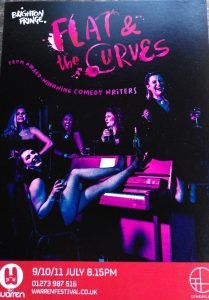 PS – Don’t miss out on a little strum on your G-String!

A post shared by 🎼Flat and the Curves🎶 (@flatnthecurves)