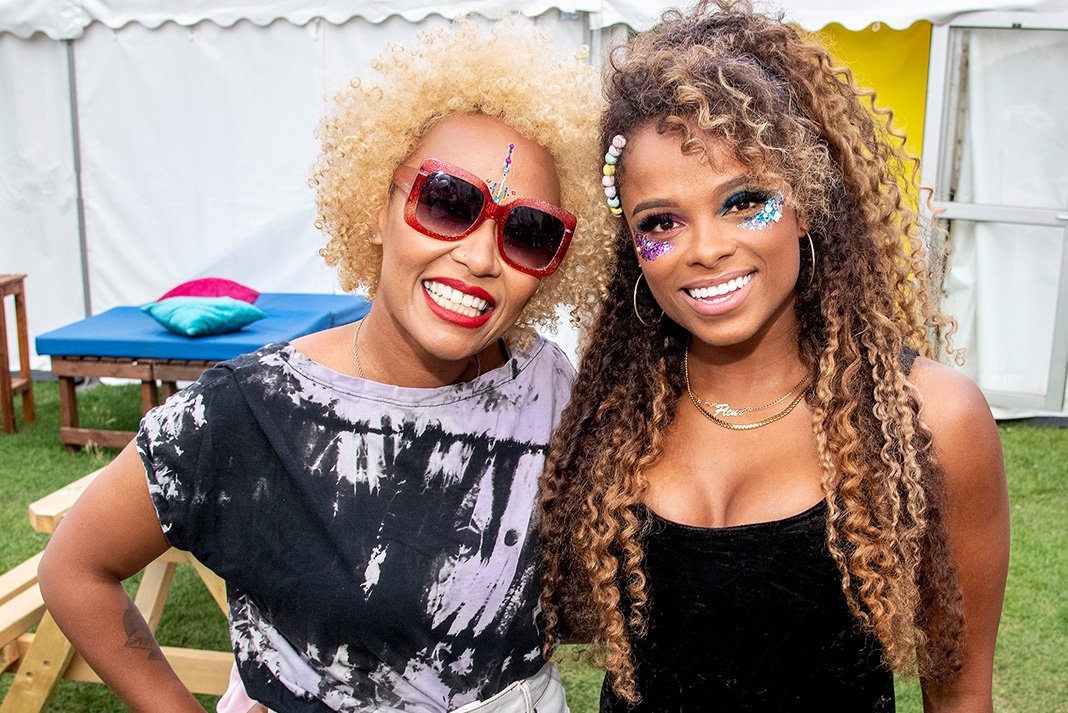 I am waiting to talk to Fleur East who has just wowed Brighton Pride Festival goers with her high energy pop funk. The X Factor star, singer and rapper is no stranger to a Pride event having performed in Manchester, London and Barcelona. This is her second appearance for Brighton and she tells the crowd “You’re always the best, you’re amazing, every time I do a Pride show.”

The interview gets off to a vocally challenged start. The ‘mystery guest’ – who later turns out to be Emeli Sande – is warming up in the next trailer. It’s a torturous sound to behold, a reminder of the practice that goes into these glossy performances behind the scenes. Do you warm up like that? Fleur laughs “Yeah we have to do those warmups”. She is 31, gorgeously talented, driven and not afraid of a challenge. Last year she took part in the TV show I’m a Celebrity…Get Me Out of Here! Finishing fourth place in the scorching Australian jungle.

But it’s music that’s her passion, “I’ve always wanted to sing. My dad says his earliest memories of me are when I was two years old in the back of his car, singing along to the radio.” Her parents bought her a keyboard at the age of three and she started writing songs on that. Listening to the 80s ‘greats’, she is passionate about her idols. “I love old music, Stevie Wonder, George Michael, Simply Red” she says, and of course Whitney. Fans got a taste of that super love at Brighton Pride when she pulled off a remarkable cover of Whitney Houston’s self-affirming hit I’m Every Woman.

We keep getting interrupted by the increasingly loud vocal warmups next door, she laughs “can you hear me?” We’re leaning close, shouting over the noise. She’s in brilliant spirits and clearly loves her job and all that it entails.

I tell her I’ve just heard about the new breakfast show which she presents on Hits Radio and wonder about her shift from the spotlight to host: “Being on the other side for so many years, it’s really interesting to see how it works.” She enjoys being close to other artists, interviewing them and hearing songs before they’re out. In many ways it perfectly plays to her strengths “I love to talk and I love music so it’s my two favourite things in life rolled into one.”

That girl on the keyboards is never far from the celebrity’s heart though, she is still writing new material. Earlier this year, Fleur released a comeback single Favourite Thing and has just shot a new video, out next month. There are exciting plans for a mixtape.

And speaking of 80’s greats, is she staying to watch Kylie? “Oh yeah!” she says as if it goes without saying “Gonna stay and watch Kylie, I cannot wait. It’s actually the first UK Pride she’s ever done which is fascinating, I can’t believe that.” Just at that point the warmups next door abruptly finish, there’s a thrill in the air, the secret performance is about to start.

Check out www.brighton-pride.org for next year’s event! 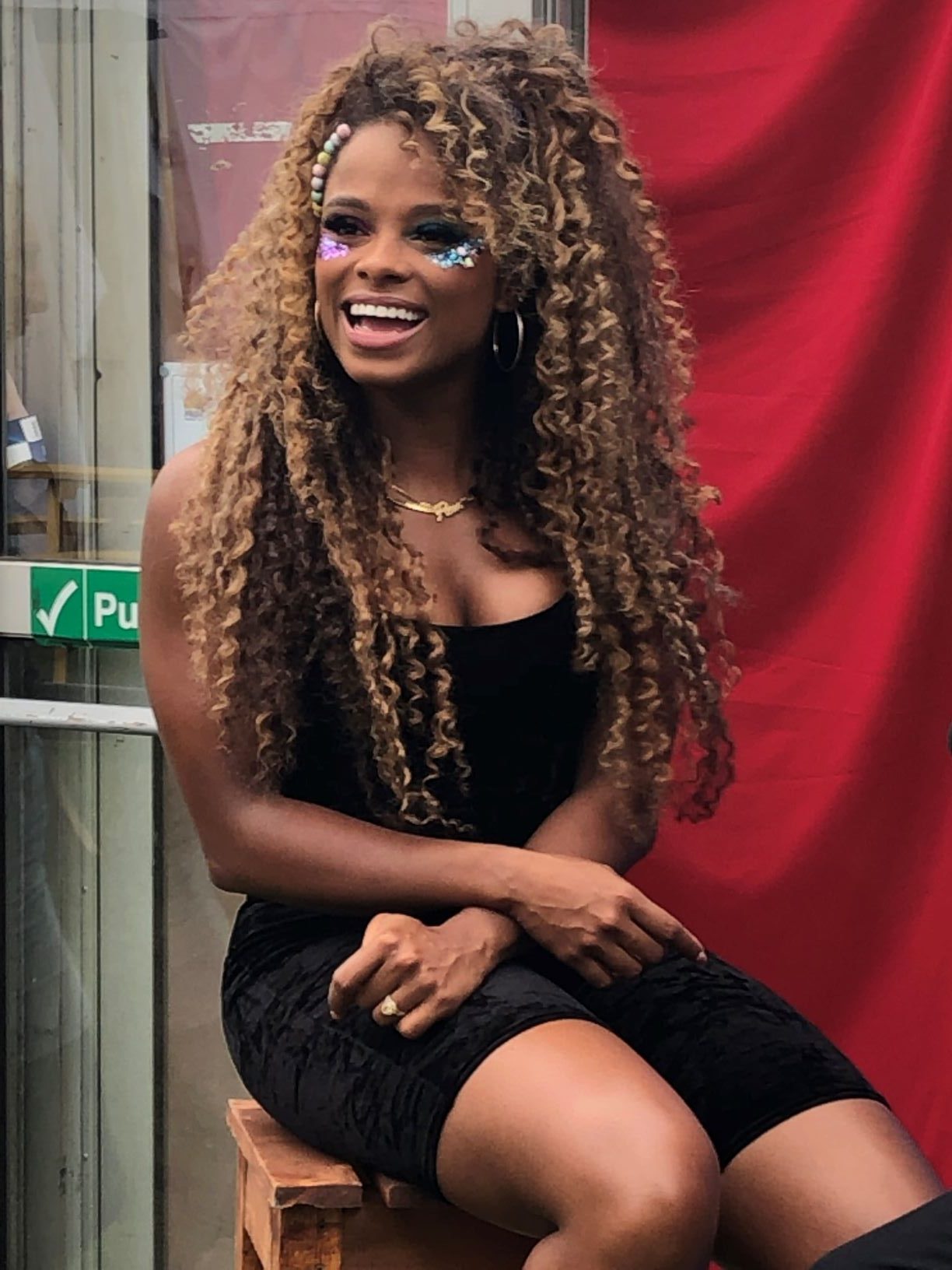