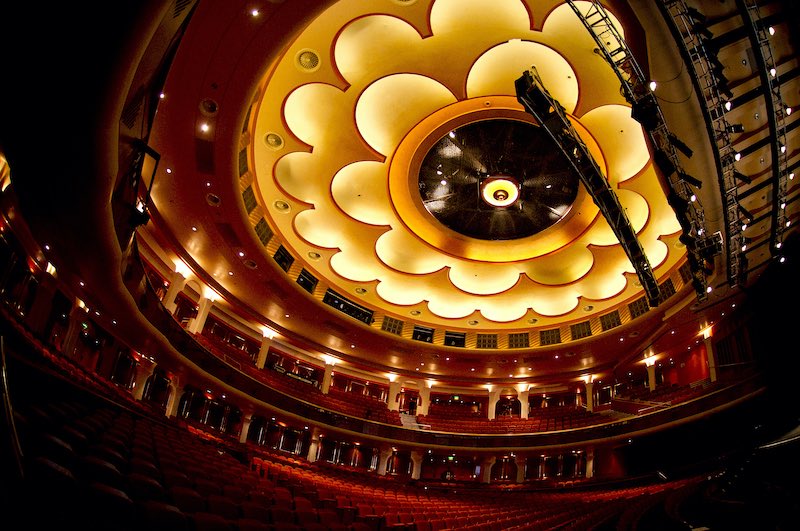 Brighton & Hove’s enduring theatre scene has been an integral part of the city for decades. Known for its eclectic culture of performing arts, visitors arrive in their hundreds of thousands each year to sample a slice of Brighton’s festival spirit. What is ordinarily a crucial month on Brighton’s cultural calendar, this year May was spent locked down. I longed for the streets to be bustling again as people rush to make a set at the Great Escape or the waves of laughter billowing from The Warren at the Fringe.

With the pandemic forcing the closure of these venues, the future is bleak even for larger organisations across the UK. The National Theatre cited huge losses from the cancellation of their theatre seasons, announcing 400 layoffs of casual staff. Until recently, the performing arts sector was very much absent from the Conservative’s plans to financially support industries at risk of collapse. Earlier this month, the UK government announced a £1.57 billion rescue package to distribute around arts institutions.

Prime Minister Boris Johnson has declared a go-ahead for indoor theatres to reopen at the beginning of August, but with a heavily reduced audience capacity, perhaps as little as 30-40%. For many venues, this will not be economically viable. With details of how arts organisations can benefit from the government’s funding yet to be announced, feelings are still very uncertain in Brighton’s theatre circuit.

Brighton Dome and Brighton Festival Chief Executive Andrew Comben explained that the venue is secure for the next few of months thanks to Arts Council funding and the job retention scheme. They are currently preparing for various scenarios to ensure they can continue their services after this period, exploring viable reopening options. He hoped audiences would not be put off from attending live performances when the venues reopen. He said: “Venues and events’ organisers across the city will need to implement safety measures to make sure audiences feel secure in order to encourage them to want to attend arts events again.”

“We welcome dialogue and collaboration with other venues to ensure we can start welcoming audiences through our doors again when it is safe to do so.” Social media has been a huge mobiliser in keeping this conversation going. Theatres and venues across the nation joined in with the Light It In Red campaign, illuminating funding fears for arts organisations. More recently, #MissingLiveTheatre saw theatres draped in hazard tape in support of freelancers and venues.

Out in West Sussex, Chichester Festival Theatre (CFT) usually receives an abundance of theatre-goers from Brighton & Hove under pre-covid circumstances. Known for their strong programme of plays and musicals, many shows originating in Chichester go on to feature on the West End or tour the UK. This includes Laura Wade’s new play The Watsons, adapted from the unfinished Jane Austen novel, set to run for four months at London’s Harold Pinter Theatre before its cancellation. Fortunately for their organisation, the theatre is in a relatively resilient position financially. Around 80% of CFT’s staff have been on furlough at some point.

Their concerns lie with the creatives they outsource for productions. Lucinda Morrison, a spokesperson for CFT, said: “We are acutely conscious of the threat to many of our regional theatre colleagues, and to the 200,000 freelancers – from actors and creatives to stage and production managers and technicians – on whom we rely.”

“There was a big chance we would have had to cancel our whole season.” – BOAT

Lucinda told BN1 that the government’s decision for indoor performances resuming in August relies on the pilot tests being a success and all venues being covid-safe. They are still awaiting the results of those pilots as well as clarity on covid-security. She said: “We are planning to resume socially distanced indoor performances in the autumn, with the maximum capacity in the Festival Theatre reduced from 1300 to 427 seats. Sadly that means that full-scale theatre productions aren’t financially viable.”

The venue’s planned 2020 summer musical, South Pacific, has been rescheduled to next year. Lucinda and her colleagues were encouraged when around 70% of ticketholders decided to carry over their purchases to 2021’s shows.

Once deeply apprehensive about their future prospects, Brighton Open Air Theatre (BOAT) is delighted to be commencing their summer season on Saturday 25th July. As an outdoor space, they are able to open under the conditions they comply with social distancing regulations. During lockdown, the theatre received a discretionary grant from Brighton & Hove City Council and launched their own campaign, #KeepBOATAfloat.

Speaking about their audience’s backing, Will Mytum, general manager of BOAT, said: “Without their support, there was a big chance we would have had to cancel our whole season, so we really are indebted to the generosity of everyone who donated.”

What does the future of outdoor theatre look like in a post-covid era? BOAT has a number of safety measures in place to ensure safety and comfort. Will listed their policies to include “a reduced capacity, a staggered queuing system for entry and the bar, hand sanitiser available throughout the site, a one-way system around the site and to the toilets, PPE for all staff and volunteers, no cash (other than the donation bucket) and social distancing on stage, other than when a cast has formed a bubble.” Despite these measures, Will promises to retain its atmosphere created by a dedicated community of audience members, artists and volunteers.

“We welcome dialogue and collaboration with other venues.” – Brighton Dome

One of the biggest apprehensions for theatres will be the reduced capacity, limiting revenue from ticket sales. Even with face masks and lashing of hand sanitiser, questions have arisen over how performances will be able to continue in traditional venues. In theatres with small lobbies and narrow aisles, how will staff cope in filtering audiences members around the auditoriums safely? The government also outlines that there must be enough time to deep-clean the auditorium in between every performance. Theatre lovers feared a cough in the audience at the best of times, but the coronavirus outbreak has brought a new trepidation to sitting in an enclosed space.

Many Brighton theatres have innovated their services in a bid to continue a fraction of their programme through digital spaces. Lucinda Morrison of CFT said their team has worked tirelessly to keep their audience entertained online during lockdown: “For the first time, we streamed three of our archive productions online (for the two family shows we added Polish-language captions for our local Polish community). We also uploaded ideas for family activities and resources for mental health and wellbeing.”

Brighton Festival (organised by the Dome) offered free online events in place of their citywide programme. Fortunately, Lemn Sissay will return as next year’s director. The venue has recently revealed an all-star new season of online events, as well as exploring means to reopen their Foyer café and bar in the near future. CFT is mounting a Drive-In Cinema (in conjunction with Chichester Cinema at New Park) over the bank holiday weekend.

While Brighton & Hove audiences warmly welcome the announcements of new programmes (both offline and online), their fate rests in the hands of the government and funding opportunities. Arts organisations are now scrambling to see what can be done to resume their theatre programmes. In true Brighton spirit, the show must go on, and theatres are making the best they can out of a challenging situation.