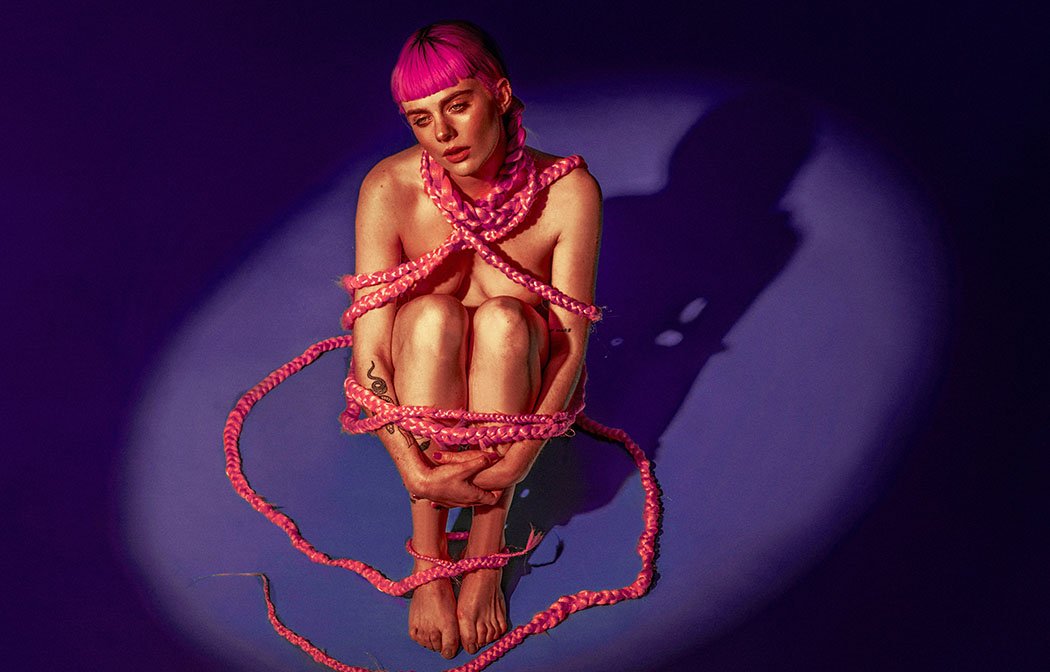 Following the release of her brilliant EP, Damsel In Distress, London-born songstress GIRLI is now heading out on a UK headline tour.

The 5-track body of work explores themes such as unrequited love, body dysmorphia and self-discovery. It features previously released singles Ruthless, Ricochet, Dysmorphia and More Than A Friend, plus the unheard I Don’t Like Myself.

This slew of new releases has amassed an incredible 4.6 million combined audio and video streams to date. GIRLI has also received support from numerous Spotify playlists, including New Music Friday across several territories, various Apple Music playlists, plus radio play from the likes of Jack Saunders and more on BBC Radio 1. It offers a collection of songs to mark a chapter of GIRLI which she sees as a comeback. The EP’s title takes on a tired and sexist term and turns it on its head.

The tour starts in Bristol at The Lanes on Sun 7 Nov, and hits towns and cities like Cardiff, Brighton, London, Manchester and more, before wrapping things up at the Arts Club Loft in Liverpool on Fri 3 Dec. 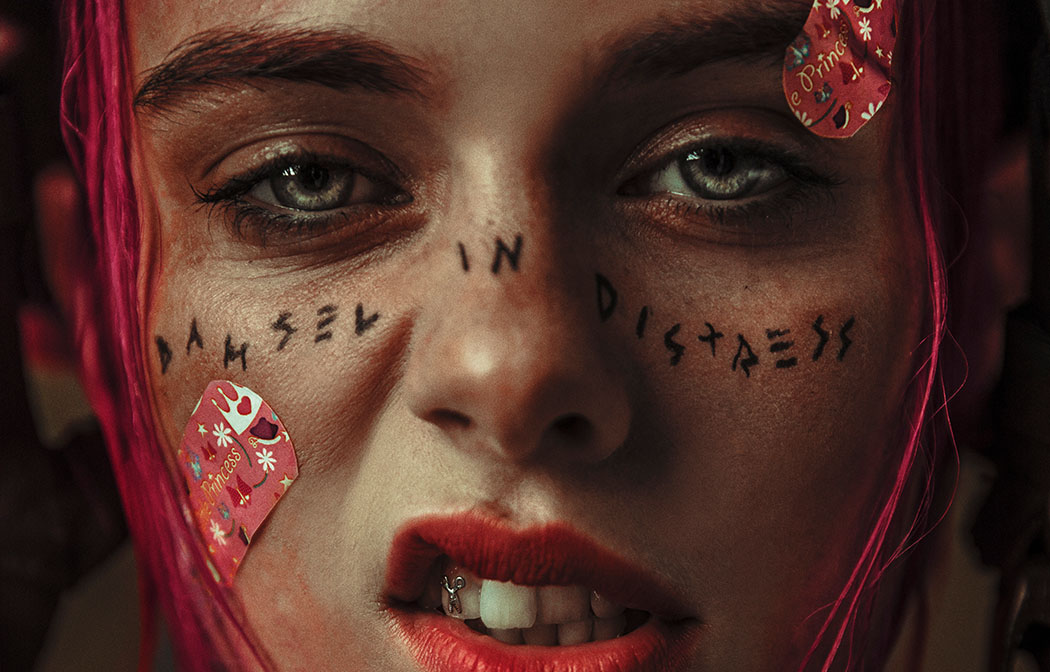 The pop powerhouse made her long-awaited return to live stages during the summer, where she played a sold-out Bush Hall in London, followed by performances at Tribeca in Manchester for Salford Pride, London’s first alternative hip hop and rock festival, ALT+LDN, plus shows in Liverpool, London, Bournemouth and a DJ set in Sheffield. GIRLI has been cutting her teeth on the live circuit over the last few years – and has played shows with the likes of Ashnikko and Declan McKenna, and festivals such as Latitude, All Points East and Truck.

Earlier this year, GIRLI released her Ex Talk EP, which racked up a whopping 6.2+ million combined audio and video streams. Treating her avid fans to a very special and unique experience, GIRLI gave them the opportunity to submit fanart and feature in her digital exhibition which ran online in May. She also shared an exclusive live show which was filmed from an empty London venue, where she performed Ex Talk in full.

Last November saw the alt-pop artist launch her own podcast, GIRLI IRL, where LGBTQ+ artists avidly and openly discussing topics like feminism, sexuality and mental health. This has 25.6k combined views on YouTube alone. And you can watch all the episodes here.

Ahead of GIRLI bringing her UK tour to Brighton’s The Hope & Ruin on Tues 16 Nov, BN1 caught up with this dscinating artist to find out.

Is being in the music industry like you imagined?

No, it’s more savage. When I was 15 and started my first band I thought everything was gonna be butterflies and sunshine being a musician. When I signed my first record deal, I kinda thought “that’s it, I’ve done it”. But sadly I had to learn the hard way that not everyone is gonna have your back, and a lot of people are gonna have opinions on how you should do things, especially when you’re a woman. You have to fight to do things your way.

What has the recording of the last two EPs taught you about yourself?

That I’m an emotional bean! These songs have been a big part of my healing from the topics I’m singing about. They’re my diary entries, and fans listening and following my journey are reading the chapters of my life book basically. These EPs have also taught me that as an artist, I am very multi-faceted. I don’t fit into one genre, one “sound”, I carry my stories and messages through the music in a sort of genre-traversing way. I find it hard to stick to one thing.

Do you feel the need for immediate self-identification, or are we all complex and dynamic individuals?

Definitely the second one. But I think everyone’s choices for self-identification are so valid and important and it’s up to the individual to decide what makes them the happiest. 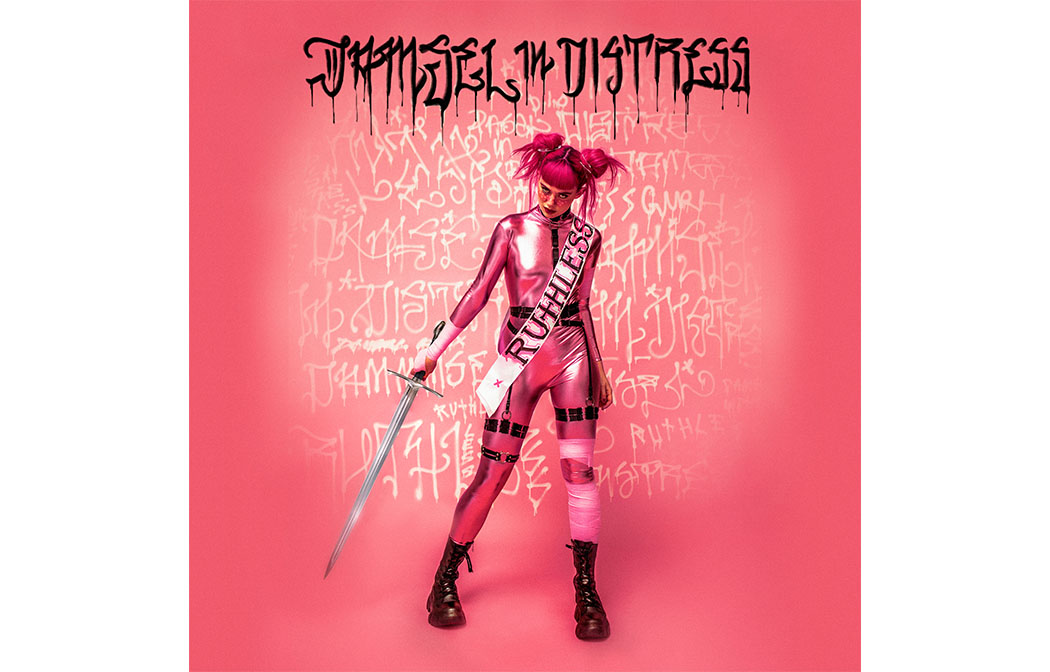 The title Damsel in Distress appears quite loaded, in several respects. Is it open to a variety of interpretations, rather than a simple plea to be ‘saved’?

It’s a very tongue-in-cheek title. I decided to take the old and sexist term of ‘Damsel in Distress’, an old character trope of a woman needing saving by a man, and turn it on its head. Yes, I’m struggling with some stuff and yes I need help, but I’m gonna save myself. Each song represents something different I’ve battled; body dysmorphia, mental health issues, unrequited and difficult love, bad friendships. These are the distresses; I am the damsel who’s fighting them.

Do you ever worry about being misunderstood? Or does good art demand nuance instead of absolutes?

I love that there’s multiple meanings to art depending on the person taking it in. I like that people can listen to my lyrics and relate them to experiences they’ve had, even if their experience is totally different to the one I was singing about. Once a song is out there, it belongs to the listeners.

You’re also amassing quite a following through your podcasts and TikTok videos. Do you think it’s important for artists to encourage constructive conversations?

I used to think artists had a moral responsibility to speak up about things that matter – and I still do, but in a different way. I think it’s important for those with privilege to use their privilege to make change and spark conversations. But having constant discourse about things if they effect you directly can be very emotionally laborious, and I don’t think the same expectations can be put upon people in that circumstance.

Is there a shift in our cultural attitudes taking place? Are we finally realising that simply because something is normalised it isn’t necessarily healthy or productive?

I really don’t know what’s happening in our cultural attitudes. So many things are happening at once, it’s hard to keep track. I think it’s easy to think that good change is happening when you’re in your little bubble of the algorithm showing you likeminded people, but then you take an accidental step onto the wrong side of the internet and realise that we’re still fucked.

Are you thinking about producing another album? Does undertaking something of that scale bring a new set of challenges? (Apart from needing to compose 10+ songs, obvs…)

Yes, I am, and I’m really excited to make a big project again. The only challenges are good challenges; I have a lot of figuring out to do about myself as an artist and where I wanna go next with my sound. I’m excited.