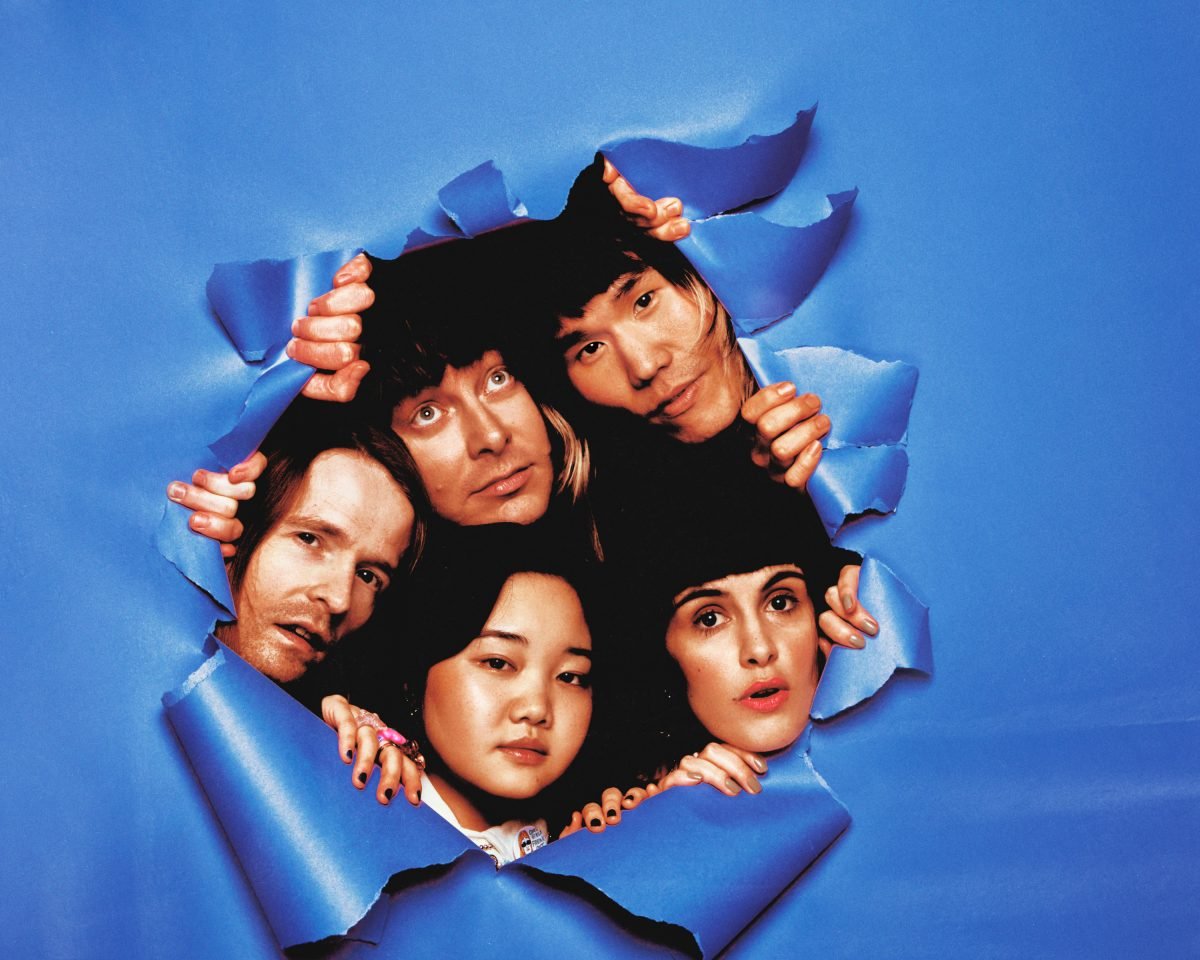 Superorganism won a legion of fans with their mishmash of psychedelic indie pop and fizzy, funky electronica when they emerged in 2017. This month they jump back into the fray with the release of their much-anticipated second album World Wide Pop.

Their first new music since their eponymous debut album in 2018, it finds the band striking a balance between artifice and earnestness, between sci-fi silliness and existential intensity. This is a band which formed through online friendships. Incredibly, the debut was completed before the whole band had even been in the same room at the same time. So World Wide Pop offers a showcase for Superorganism’s newly deepened understanding of each other’s interests and impulses.

As the band prepare for both the release of World Wide Pop and a worldwide tour in the autumn, we thought it would be a good time for a quick chat.

You guys have a pretty unusual creation story. In your own words, how did you all meet and what drove the union of the band?

We were brought together through a combination of online recommendation algorithms and real-life chance. The driving spark was just a shared interest in cool tunes and buzzy vibes and wanting to focus our talents and friendships into art and music that we loved.

What (and who) are some of your main cultural influences?

The internet, science and technology, nature and evolution, relationships and friendship, society and the long arc of history.

If you could add one band member (dead or alive) to Superorganism, who would it be?

I’d probably clone the gorilla Harambe (RIP) but use gene therapy to make him a virtuoso at every instrument and a belter of a singer.

What’s been your favourite show to date?

For me it’s probably a toss up between our first show in London at Village Underground, Primavera in 2018, or Corona Capital festival in Mexico City. All absolutely banging gigs with amazing rowdy crowds.

Why the name Superorganism?

Projects need a name and that one sounded good. It kind of sums up our “sum is greater than the parts” approach.

What’s the story behind On & On?

It was the last song written for the record, in the midst of the pandemic. It’s kind of an exploration of the absolute mind-fuck that the passage of time can be, and how some cycles feel almost predestined to loop endlessly through both your own life and history.

What is the creative process usually like for each record? Do certain members take on specific roles?

BN1 talks to Fickle Friends ahead of Standon Calling 2017

Nah, we’re not a traditional band like that. Usually, songs start with someone then sessions get sent via email between ourselves and build up from there. Once they’re ready to go, Tucan mixes all our stuff, but that’s the only defined part of the process really. For our new record a few songs started in instrumental jam sessions then built up to the final song remotely after that, which was a new way for us to approach them.

How would you describe your aesthetic, as a band and as individuals?

Pavement, Devo and Kanye on the Magical Mystery Tour.

Where would be the coolest place to do a live show?