Goat Girl are set to release a 12” of remixes of ‘Sad Cowboy’, a standout track from their new album On All Fours, on May 7th. The vinyl will run as a limited edition of 850 copies and feature remixes by Tony Njoku, PVA, DJ Dairy (black midi) and Nídia.

“We’re very excited to share these Sad Cowboy remixes. We asked artists that we admire and share kinship with to re-imagine the track in a way that was entirely their own and were blown away with the results.” Goat Girl

PVA explain their take on remixing the track, “We loved the original track so much, so when we were asked to remix we couldn’t wait to dive in to all the stems. It started when we took a loop from the percussion take and layered more and more vocals on top and it created a sort of trance like state. The ending came from us playing around on our drum machine with a zen delay, recording that audio in and sampling it. The final product is sort of a ‘sunbathing in Ibiza and suddenly you’re hit by a meteor shower’ take on the track.” 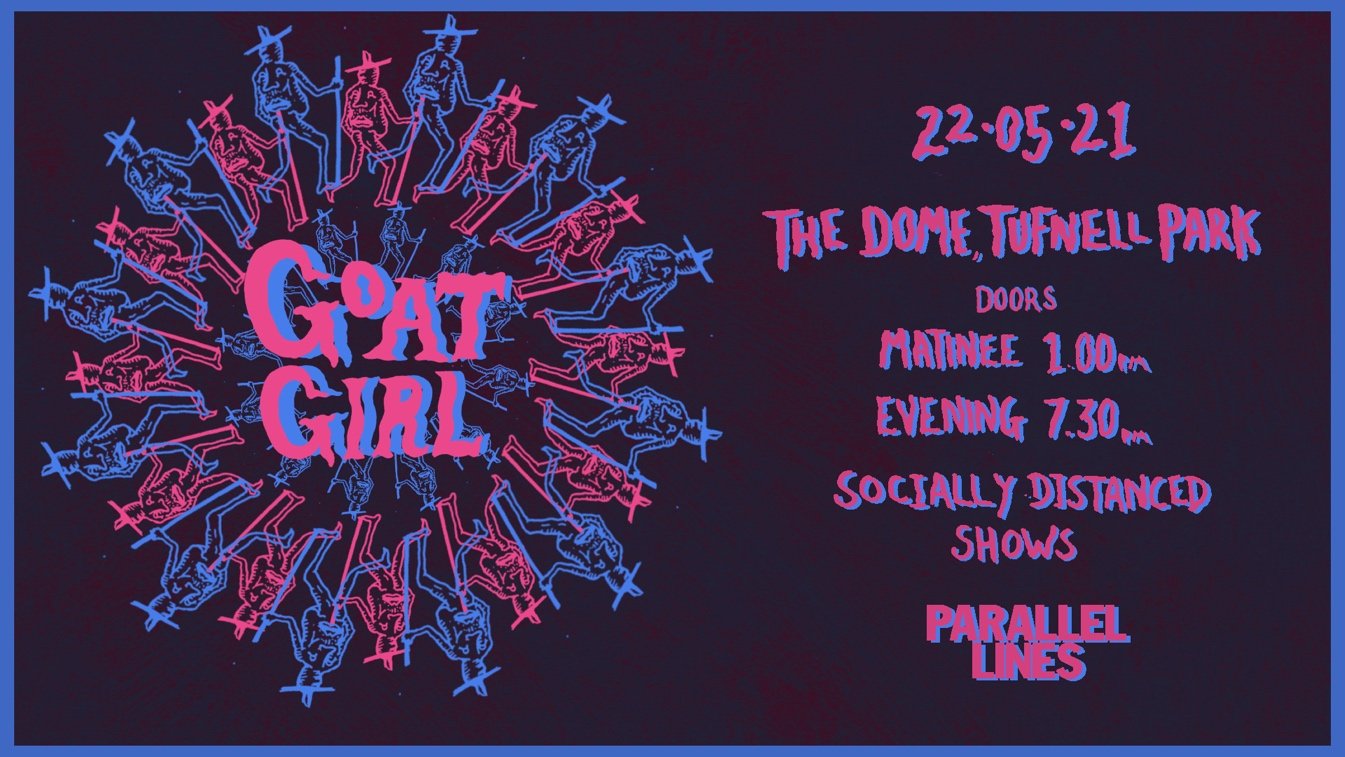 Goat Girl will also be playing two socially distanced shows at The Dome, Tufnell Park on May 22nd, in addition to their headline UK and European shows in September 2021, which include a now sold out show at the Islington Assembly Hall.

On All Fours was produced by Dan Carey (Kae Tempest, black midi & Franz Ferdinand) in South London in late 2019. It sees the band “delve deeper into unexplored lyrical and melodic territory whilst retaining their critical lens on the worlds injustices and social prejudices.”