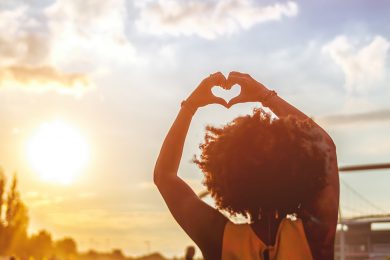 Green-light for The Big Culture Project in Brighton

An ambitious 28 day culture festival has been given the green-light from Brighton and Hove city council to start in August.

A collaborative mission to support live entertainment and venues across the city will be one of the biggest collective, not-for-profit arts events Brighton & Hove will have seen. But in order for this to happen a crowdfunding mission has been launched to help save live entertainment venues and arts industries and kick start The Big Culture Project 2020.

The month-long celebration of music, film, dance and performing arts will be landing at Black Rock, creating 250 jobs and bringing a much-needed boost to industries fighting their way out of the current crisis.

70% of ticket revenue will go directly to the relevant promoters, artists and venues hosting each show and the remaining 30% will support the project with profits being distributed between the relevant local venues, organisations and charities.

The Big Culture Project is backed by a consortium of 90 of Brighton’s best event organisers, promoters and contractors, which will take place across 28 days in August and September. It’s a purpose-built, socially distanced and safe event space, designed to create a platform for struggling performers to get back on the stage.

To ensure the project can happen and give the people of Brighton the summer they deserve, The Big Culture Project must raise £175,000 to enable the initiative to go ahead.

If you’re missing live music, theatre, comedy, and visual arts to name some, then please help support The Big Culture Project through donating at the Crowdfunder campaign. Contribution rewards include everything from backstage access, to celebrity meetups and having a stage named after you.

“In an impossibly challenging year for the arts and event industries, we’re determined to do something positive and creative, championing the charities, venues and independent businesses that put smiles on our faces year after year.

We’re extremely conscious of the challenges around staging an event in the current climate and have been collaborating with health and safety experts as well as the city’s authorities from day one.

So, if you’re able, please support our Crowdfunder, support the arts, support your city and make The Big Culture Project a reality. If everyone in Brighton contributed just £1, we’d smash our target and give the city something to really look forward to.”