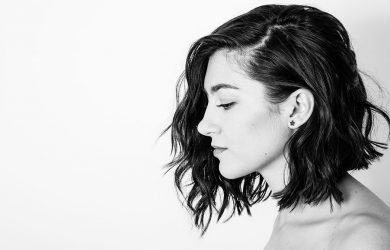 She sprang to fame through her YouTube channels, where over the space of 12 years she’s accumulated over 100 million views and 600,000 subscribers. Her delicate covers of pop songs, have generated chart success for her original material, including number one hits in Vietnam and Laos, and a top ten hit in Mongolia in 2015 with her original track Headrush, which featured on her EP Pieces in 2012.

She’s remained the epitome of an independent artist, both in her music career and content creation. With little reliance on labels or outside organisations to grow her following, it fell to Hannah to forge her own path; So, BN1’s Katie Freeland caught up with her, to find out more about influences the new album and her new imprint.

You have had major success through posting videos on YouTube and on social media, and your song Headrush was huge successful in Asia, reaching number one in Vietnam and number 4 in Mongolia. What was it like finding out your song had been so successful in a country so far from home?

It was amazing to hear that people on the other side of the world were connecting with the song! I didn’t have any radio or press campaigns running around that release, and my audience was pretty small, so I was surprised that it was having success in a different part of the world! I found out it was the Number 1 single in Vietnam via a fan on Twitter and I couldn’t believe it so had to check!

How do you think the music industry has changed in the digital age of YouTube and social media, do you think it is easier or harder to be a successful musician today?

It’s easier than ever to make music, release it, and build a fanbase. The thing that makes it harder is that a lot more people are doing it now, people are realising you can make a career out of music independently – without having to sign to a major label. I didn’t wait to be found by a big music mogul, I was determined to make it happen myself, and getting videos onto the internet was pretty easy – for me, discovering YouTube was a turning point in my career.

Your covers – such as ‘All of Me’ by John Legend, ‘The Scientist’ by Coldplay and ‘Stay With Me’ by Sam Smith (which received over 21 million views alone), have been hugely successful online. What exactly is your process when finding a song to cover, what do you listen out for?

I only cover songs that I really love. I don’t like to learn them too much before I start – so, if I don’t know the vocal melody inside out, it makes it easier for me to put my own spin on the song. I think working like that has helped me when writing music, I’m self-taught as a singer and guitarist and not being aware of the rules has allowed me to experiment freely when writing and recording my own songs.

Red is your debut album of original material. Do you feel more comfortable performing your own songs live, or performing covers?

I love performing both, but I’m definitely more emotionally attached to songs that I have written because for a lot of them, I draw on my own experiences. Covers are great because 99% of the time, you’re performing an amazing song that topped the charts – it’s a certified great song, but original songs are definitely more defining for me as an artist.

How does performing in front of a camera (on YouTube) compare to performing live?

When it’s a live situation on tour, you get instant feedback, you can see people responding to the song immediately, and that’s an amazing thing. When uploading to YouTube, you don’t get a reaction from everyone that sees that performance – they might not leave a comment, and if they do it might be quite short. I love going on tour, meeting people after each show and hearing what they think about when they hear each song. That’s the magical part of it all.

Although most of your songs are performed solo – aside from your guitar – if you could choose anyone, who would you most like to collaborate with?

I’d love to collaborate with Lewis Capaldi, his voice is just epic. So emotional. I love everything he has done so far.

A lot of your music contains a lot of angst and sadness, from covers to your original work. Why do you think that is, do you find it easier to communicate these emotions through music perhaps?

I tend to be drawn to write sad songs because if I’m happy I’m just living in the moment and enjoying myself. Being sad is what leads me to my guitar, to flesh out whatever I’m thinking about and write a song. I think people connect easily to sadder songs, but I do like writing happy ones too – there’s an upbeat track on the album called ‘Play It Again’ thatI really love – it’s very nostalgic and sounds like summer.

What genre would you position your music within, and, who are key influencers on your album Red?

I would say it is Dark Pop. Key influencers on my album have been my producer Ben Matravers, guitarist Will Dewsbury, mixing engineer Lee Smith – these guys helped me craft the sound of the album and ensured that it was representative of me as an artist – from acoustic stripped tunes to intense pop productions. Musically I would say I’m influenced by Tove Lo, Phil Collins, Coldplay, Demi Lovato, Damien Rice… a real mix of artists. 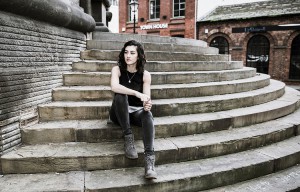 You have founded your own record label TeaPot Records. What was it that made you found your own, or feel was lacking from other current labels?

I wanted to have complete creative control for my debut album – founding this label allowed me to do that. I also wanted to create a hub for all of the projects I work on alongside my own – dance records for other artists, music videos for bands… I’ve been around in the industry long enough to have built a great team around me, and I want to use that to help other artist’s make their own kind of music, and get it heard too.

Do you wish to sign other acts to TeaPot soon? If so, what will you be looking for?

At the moment, the focus isn’t on signing other artists, but helping them make, release and promote their music in a way that works for them. Signing artists may be something we do in the future, but at the moment I’m focused on providing good services that artists need for a career in music in this social-media-driven age.

Hannah Trigwell comes to Brighton’s The Brunswick on Weds 05 Sept 2018. Her album, RED, is released on Fri 31 Aug.