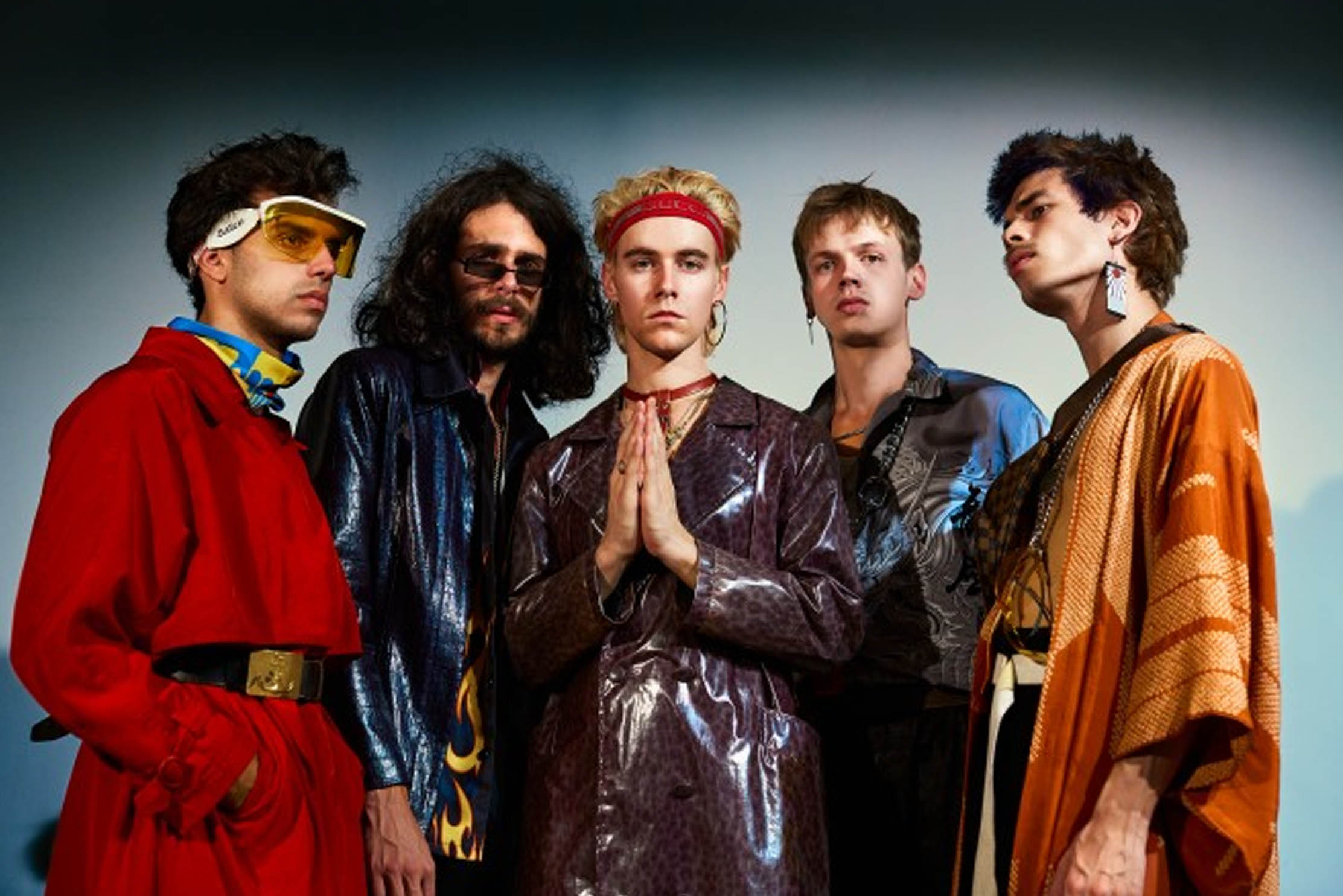 London based five-piece HMLTD have recently signed with UK independent label Lucky Number and released LOADED, their first new music of 2019, alongside the official video directed by Mood Killer.  To celebrate, they’re heading out on a UK tour, which includes a visit to Brighton’s Hope & Ruin on Weds 23 Oct

Of the track and its accompanying visuals, the band say: “’Loaded’ is a song about a Faustian bargain, inspired by real events of which we were very much a part. Satan found our souls to be faulty and has been fully refunded. ‘Loaded’ is a story of self-deprecation, self-aggrandisement, and self-commodification. It is a self-help book to recovering from all of the above. ‘Loaded’ is a song about material wealth and spiritual poverty; the depths of which we have ploughed and plundered til penniless in both pound and principle. We have scraped the barrel of our hollow, piggy bank soul husks to bring it into this world. We did it for you, but mainly for us”

ABOUT US
BN1 Magazine is the leading source of entertainment and lifestyle news in Brighton & Hove. From comedy and theatre to clubbing, music and festival line-ups, we cover a range of events across Sussex and beyond. We can help you find a fabulous vegetarian restaurant, catch an amazing new band at The Great Escape and see a hypnotising performance at Brighton Fringe. Sometimes all in the same weekend… Whether you’re a student and new in town, trying to pack plenty of family fun into a visit or a local planning a massive night out, we’ll tell you everything you need to know. From pubs and bars to art and shopping, it’s time to kiss those lonely blues away in one of the world’s most interesting cities.
FOLLOW US
© Copyright 2019 BN1 Magazine. All Rights Reserved. > Privacy Policy
MORE STORIES
ART & DESIGN