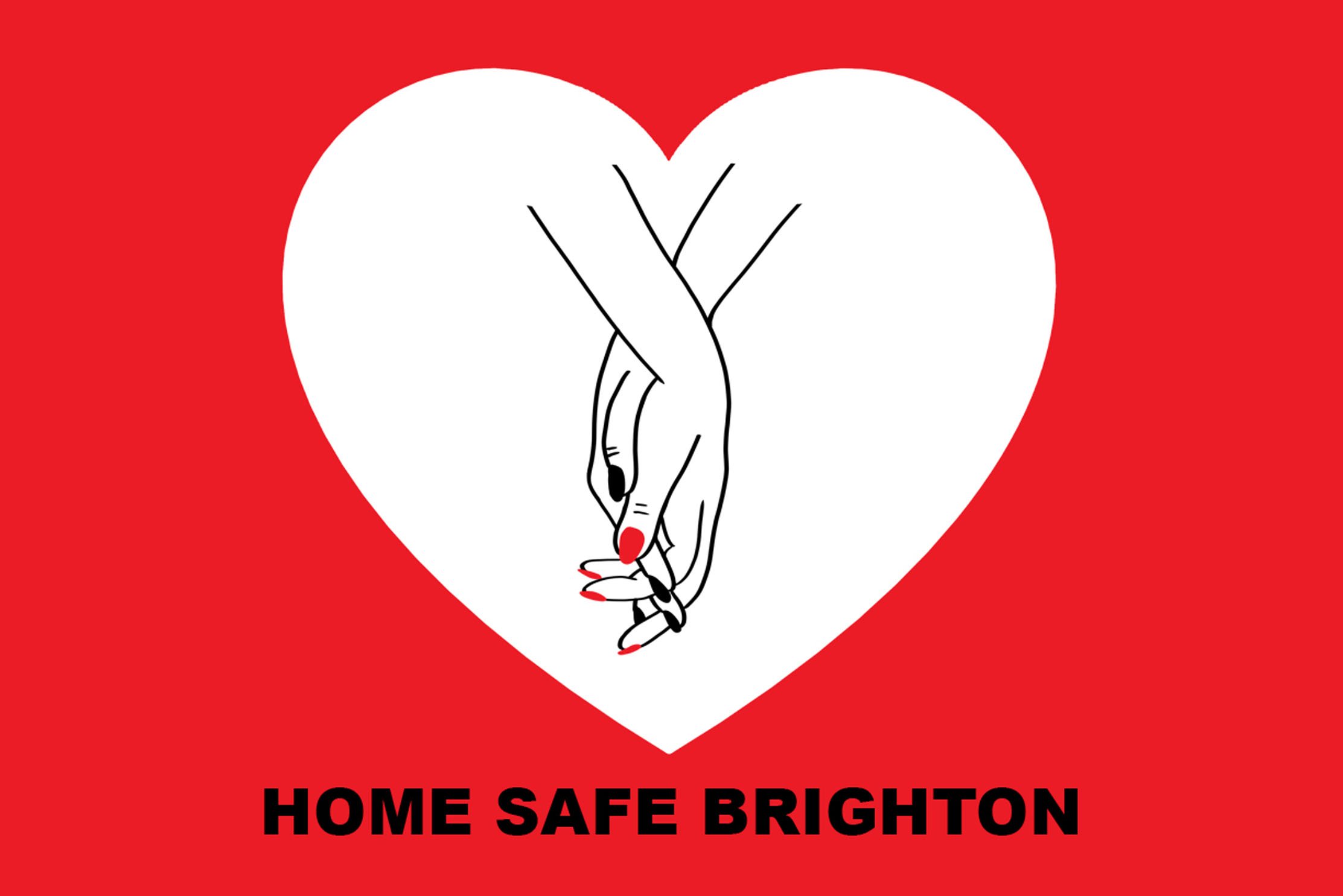 A new scheme has been developed to make Brighton & Hove’s streets safer at night. Every Saturday night, Home Safe Brighton are patrolling the areas around Pavilion Gardens, New Road and Old Steine, to help people get home safely. They offer a buddy system, with two of their members, to walk people home, wait with them for a bus, help them find their friends, chat with them if they’re in need or call them a cab.

It’s been developed by Clap Back Club, a Brighton-based group of women and queer folk who campaign for social change in the community and beyond. Originally formed as a feminist theatre group, they’ve been shining a light on discriminations faced through comedy and song.

After winning the Brighton Fringe Audience Choice Award two years in a row, they realised there was a need for further actions and conversations. Following the devastating increase of sexual assaults in Brighton, particularly over the last month, they formed Home Safe Brighton.

Aiming to better protect people walking home at night. The scheme operates from a closed Facebook group which connects people in the city to walk home together at night.

It was launched last Thursday, less than a week after one of their members was sexually assaulted on her doorstep. The reaction to it has been overwhelming, gaining over 300 members to the Facebook group and getting huge traction across social media. Support from local businesses, many expressing how much of a necessity this service is and offering safe spaces and resources. The local authorities and security firms are aware of this operation, providing support and guidance where necessary.

On Fri 19 July, Home Safe Brighton are hosting Night Light – a vigil in Pavilion Gardens at 10:30pm – 1am. There will be music, testimonials and speeches about the inspiration behind this project, alongside discussions on how the community can come together to make everyone feel safe in our streets.

At midnight they will light up the gardens, asking participants to bring torches, phone lights, LED candles and anything which can draw attention to this beautiful space that has become unsafe at night. The event will demonstrate that predators can no longer hide under the cover of darkness in Pavilion Gardens and how something needs to change.