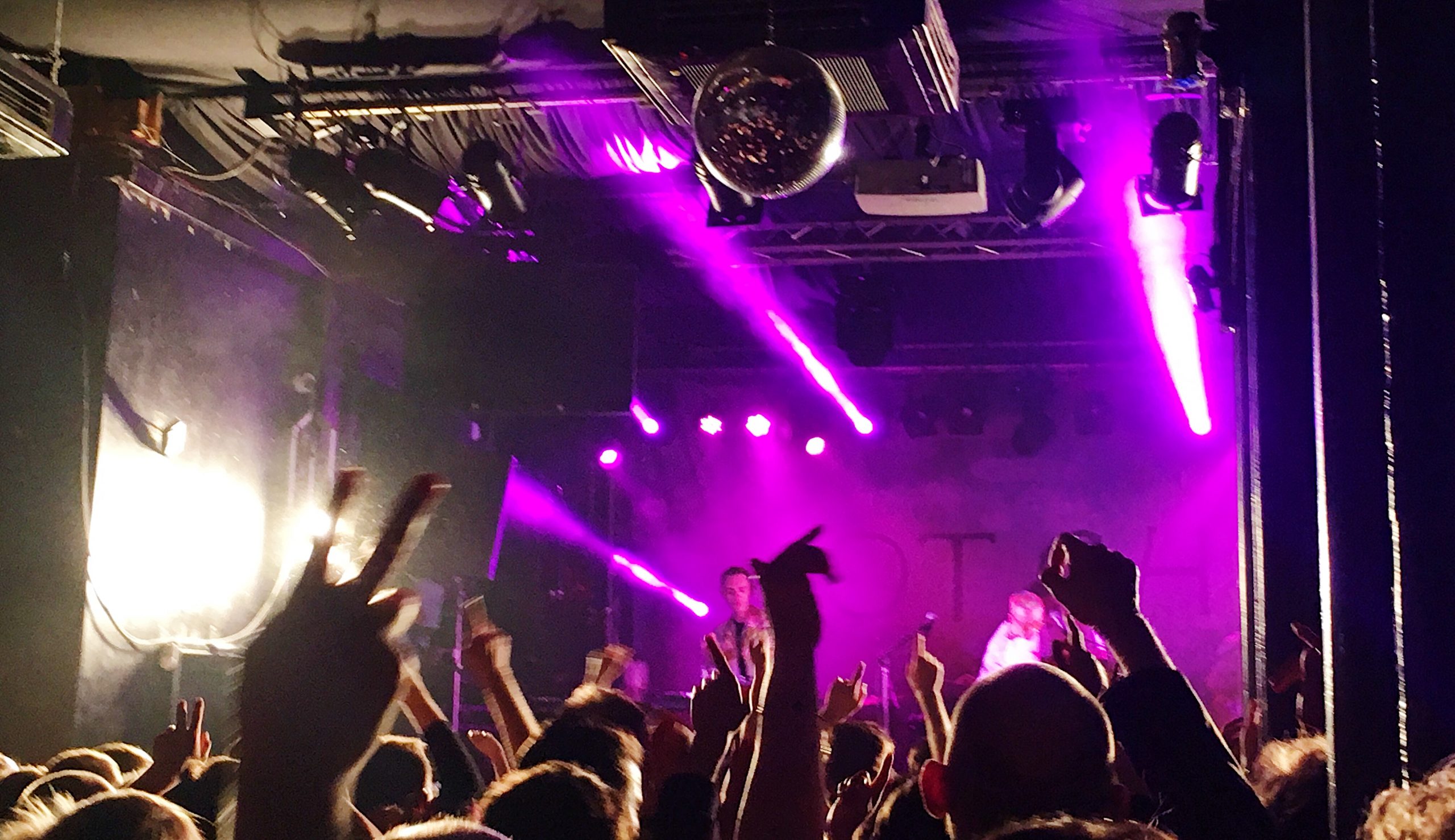 As a music enthusiast, I’ve been to my fair share of sweaty intimate gigs and know the best ways of how to (politely) make my way through the crowd without getting other audience members heckles up. So, when I was greeted with a thirty-five-ish old women instructing me “you can’t just push through the crowd, if you want to get to the front you’ll need to dance there”, I knew Hot-Chip’s crowd would be a challenging one.

For the lucky few who managed to bag themselves tickets for the incredibly intimate gig, held at Brighton’s Concorde 2, this would be a night to remember. The audience, who were most definitely trying to relive thier 20s, seemed as though this was just the night the doctor ordered after a long week in the office (I could tell as I had roughly 6 drinks drunkenly spilt on me). I genuinely couldn’t help but feeling judged by some of the Hot Chip superfans, as nineteen-year-old me entered a crowd of middle-aged adults, I could almost read their thoughts “She looks young! Does she even know who this band is?”, trust me Karen, I was digging Hot Chip when I was three years old.

Despite their most known and well-loved songs being from their earlier noughties’ albums, Hot Chip kicked off the night with the electrifying ‘Huarache Lights’ from their latest 2015 album. It certainly didn’t disappoint; the crowd was set ablaze as electrifying energy sparked around the room. The evening progressed and the atmosphere continued to grow into something extraordinary, as the band played their old classic bangers as well as welcoming in some recent singles, all of which were incredibly well received as there wasn’t a body that wasn’t moving throughout the night.

The quintet’s stage presence didn’t go unnoticed either, as they bounced around the stage without a key out of tune. The five piece’s electronic indie tunes turned The Concorde 2 into London’s finest electro club Printworks, as the audience two stepped, threw their hands in the air and made the night their own.

As the gig sadly began to come to a close, Hot Chip blessed us with the tune we’d all been waiting to hear, ‘Over and Over’. As that famous glockenspiel intro danced in, the whole room went hysterical; drinks flew around the room and people had no choice but to join in with the moshpits which were inevitably occurring. This was undoubtably the most memorable song of the evening, it was a challenge trying to spot anyone that wasn’t singing or dancing along. The band happily left the stage shortly after, with a sense of pride, knowing that they’d made some grumpy old adult’s post teenage dreams come true.

Hot Chip’s new album ‘A Bath Full Of Ecstacy’ is out on the 21st June 2019 and is available to pre order from hotchip.co.uk